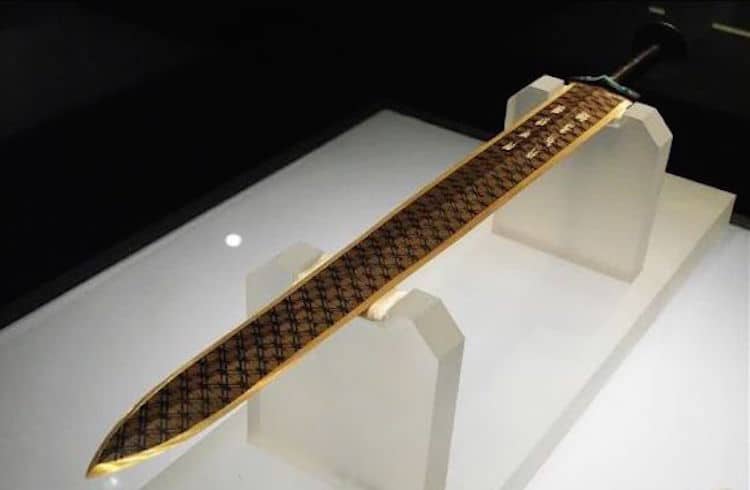 There are many distinctive swords throughout history, but few are as renowned as the Sword of Goujian. This ancient Chinese dagger is more than 2,500 years old. Because of its still-impeccable condition, however, it's considered one of those swords that mythically defies the tests of time.

In 1965, an excavation team discovered the Sword of Goujian in a tomb in Hubei, China. Encased in a nearly air-tight wooden box next to a skeleton, archaeologists believe that it’s an artifact from 771 to 403 BC. They were stunned that its blade was perfectly untarnished—despite being buried in damp conditions for over two millennia. This unusual resistance to deterioration is rare in artifacts that date back this far. It's still sharp, too. A test affirmed that the blade could easily cut a stack of twenty pieces of paper.

The Sword of Goujian was discovered among 50 ancient tombs and more than 2,000 other artifacts. It measures 22 inches in length and has beautiful repeating dark rhombi patterns on both sides of the blade. In addition, there are delicate embellishments of blue crystals and turquoise, as well as concentric circles designed around the handle. Exquisitely forged from copper and tin, the markings on the sword also remain in excellent condition.

The decorative patterns are accompanied by text. Two columns containing eight characters are engraved on one side of the blade in an ancient writing called bird-worm seal script. After months of debate as to the historical owner of the sword, experts have attributed it to the King of Yue, who's famous for his perseverance in time of hardship. The script reads, “King of Yue” and “made this sword for [his] personal use.”

To see all the artifacts excavated from the Jinan site, visit the Hubei Provincial Museum, where the sword is on display. 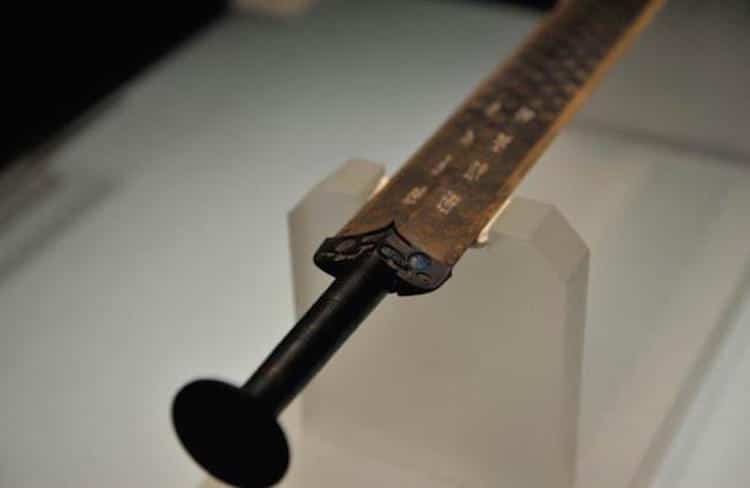 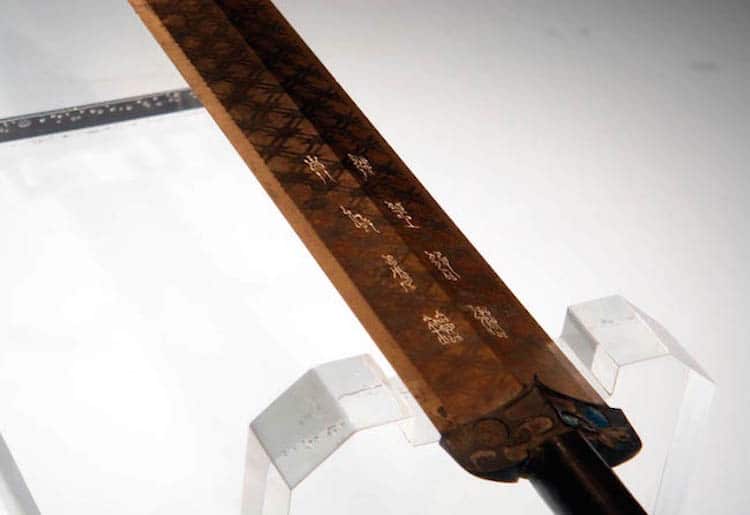 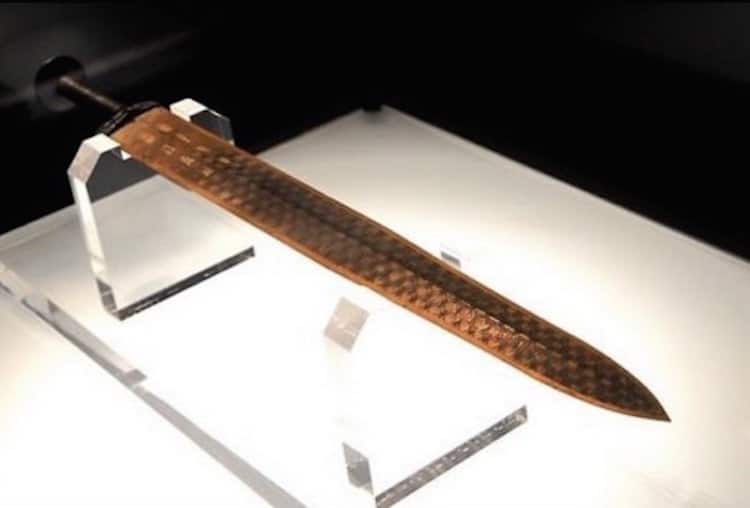 All images via Neatorama and Wikicommons.