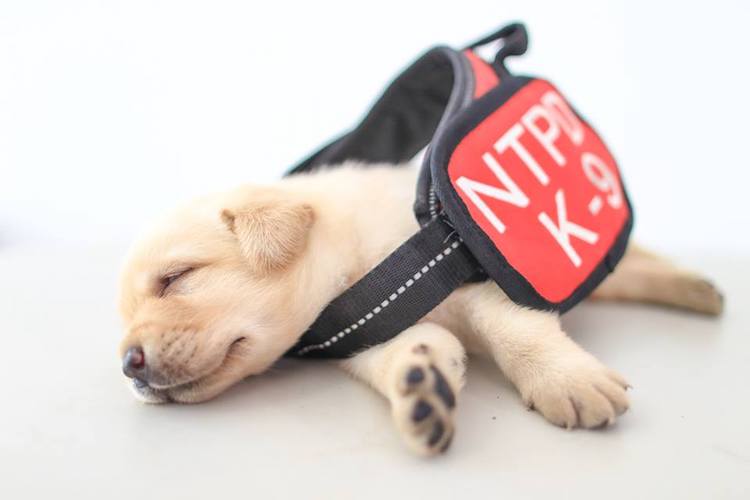 It’s not often that a police force will make you say “awww,” but take one look at the newest recruits to Taiwan's National Police Agency (NPA) and you’ll fall in love. Lucky Star, Schumann, Feida, Brother, AJ, and Full Moon are Labrador puppy police dogs that have just started their training in the NPA’s K-9 Anti Bomb and Drug unit that’s based in Taipei. And at just over 2 months old, the furry team members made their world debut with an adorable photo shoot.

With sleepy expressions and pint-sized paws, the squad poses for their pictures among sirens and gear that’s way too big for them. While extremely cute, the cuddly cohorts will soon be an important part of the force by detecting explosives and other contraband. In doing so, they’ll follow in their parents’ footsteps. Their mom, Yellow, is in the same department, and their dad, Leader, is also a bomb-sniffing dog. “We hope that in the future the puppies can be like their mother,” the NPA wrote on Facebook, “that they can pass through training successfully and enter the police force.”

Until they’re ready for duty, the siblings are carrying on just like normal puppies. “Sometimes, [Lucky Star] would fall asleep while eating, and then he would wake up suddenly and carry on eating like nothing happened,” Captain Pan of Taiwan’s Police said. “How could people not love something as cute as that?” 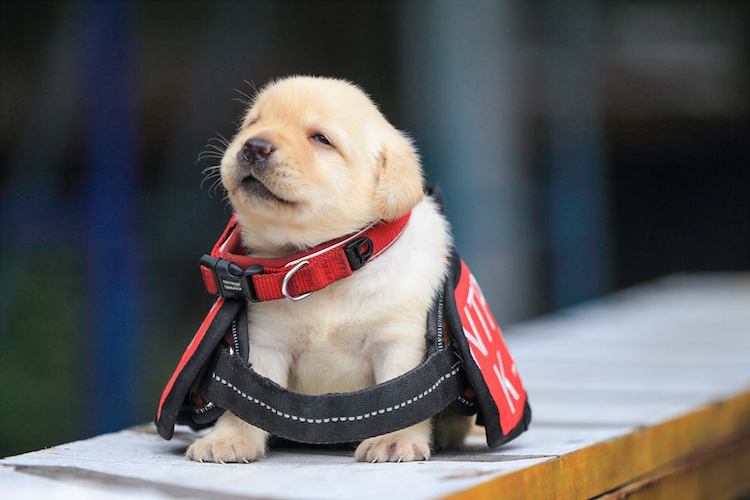 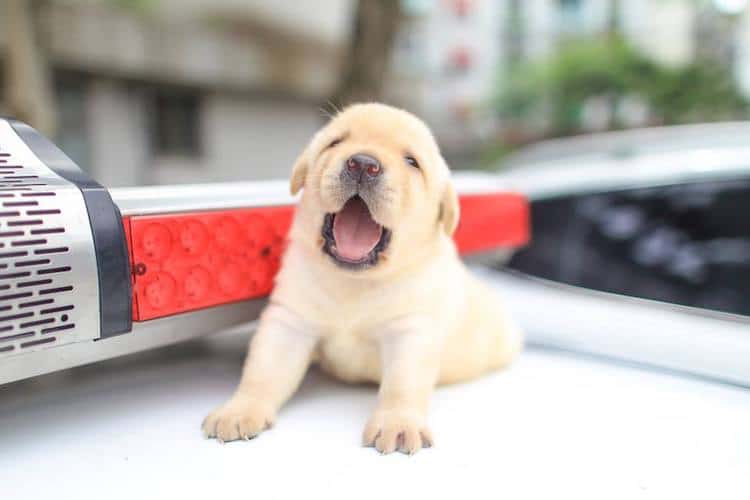 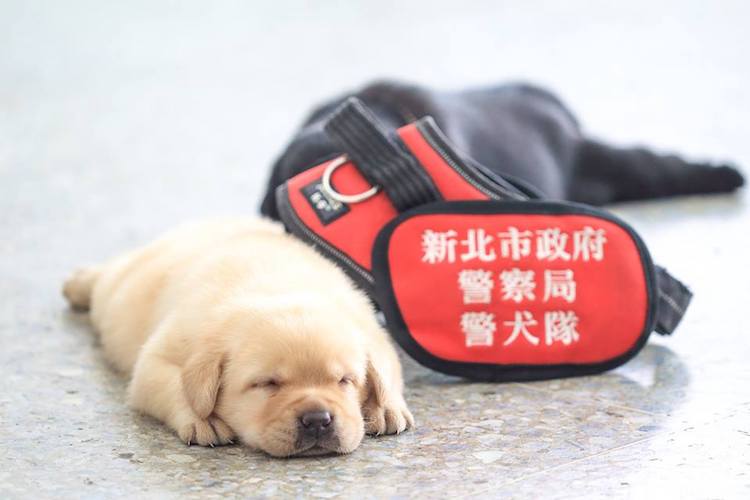 The six siblings—named Lucky Star, Schumann, Feida, Brother, AJ, and Full Moon—are two months old and in the midst of training for the NPA’s K-9 Anti Bomb and Drug unit. 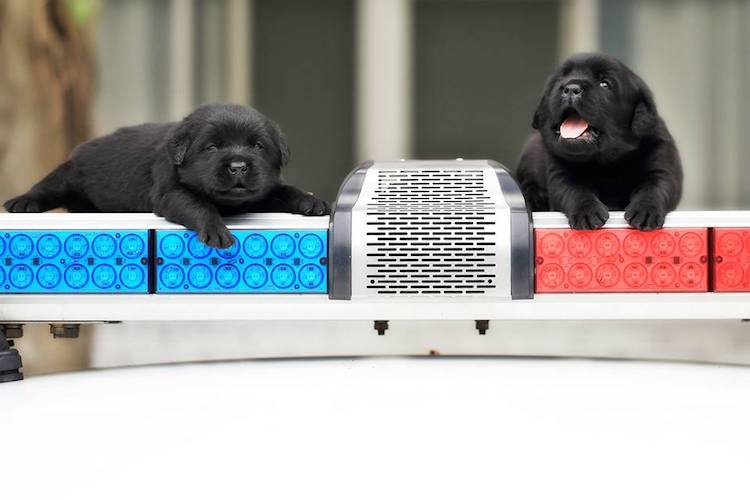 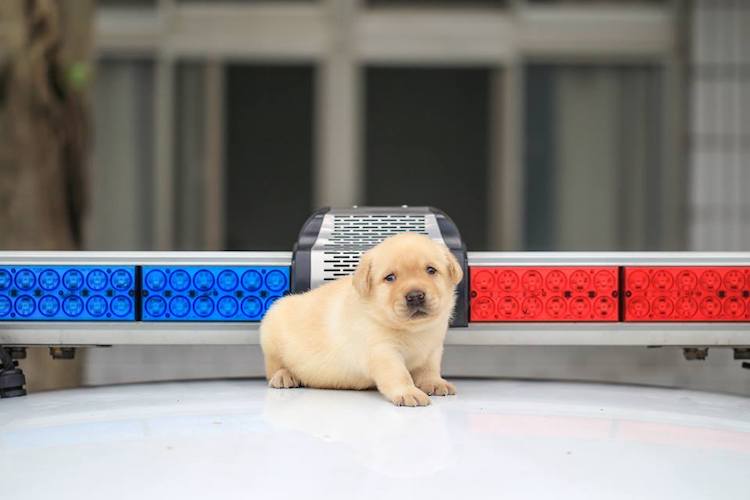 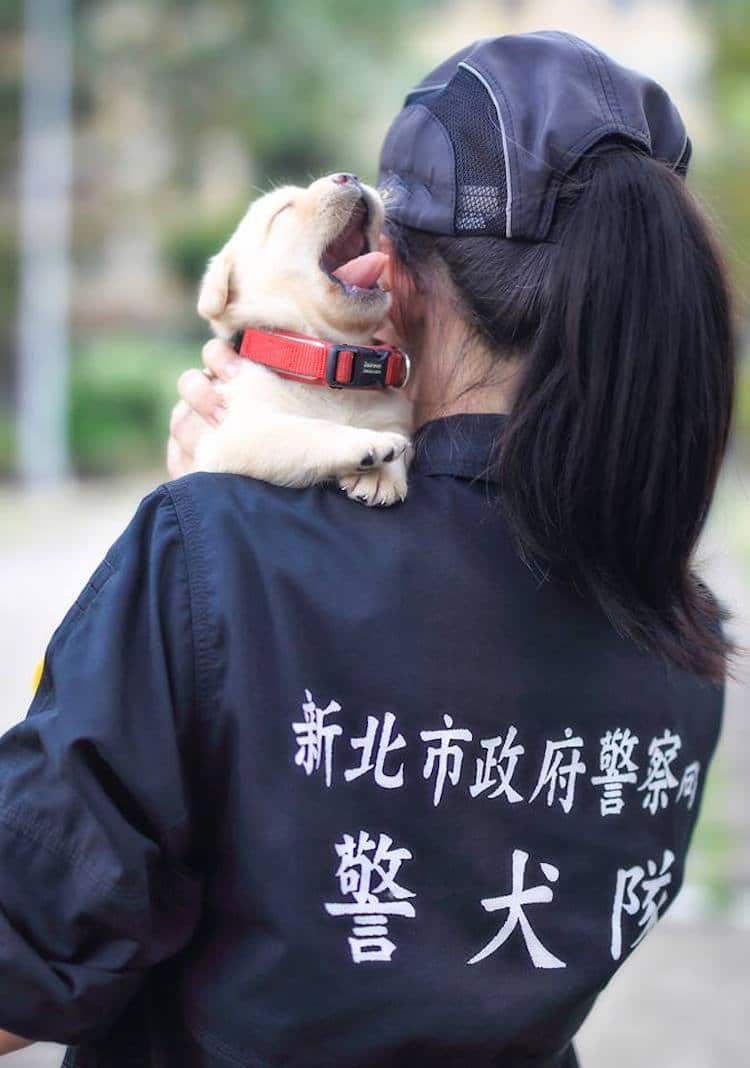 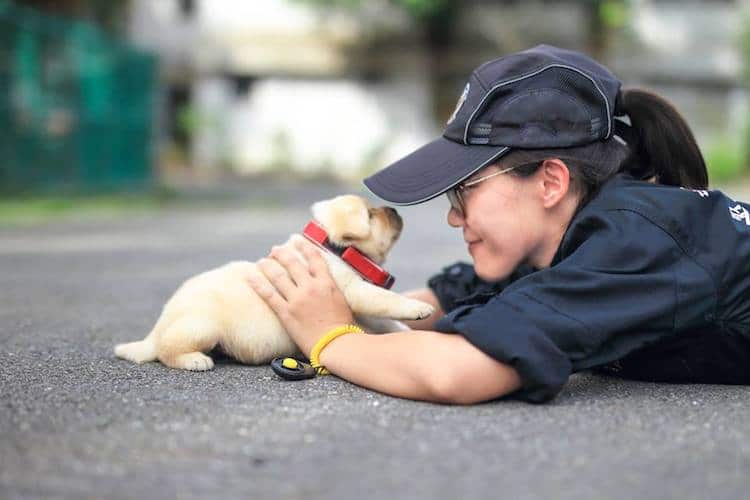 They're following in the footsteps of their parents, who are also in the NPA. 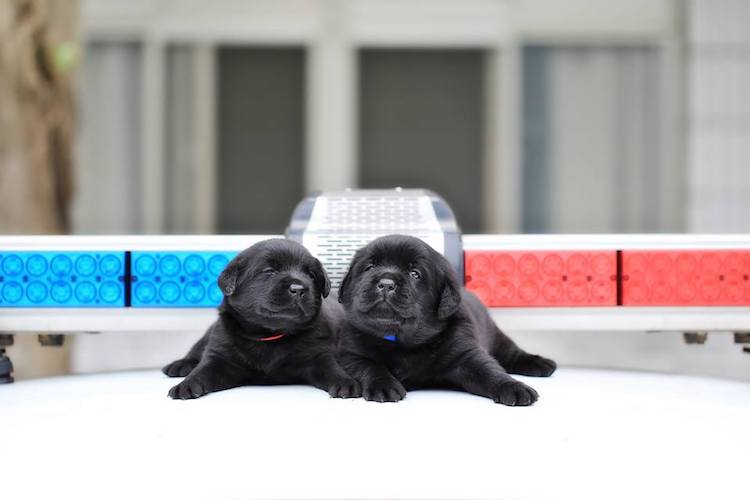 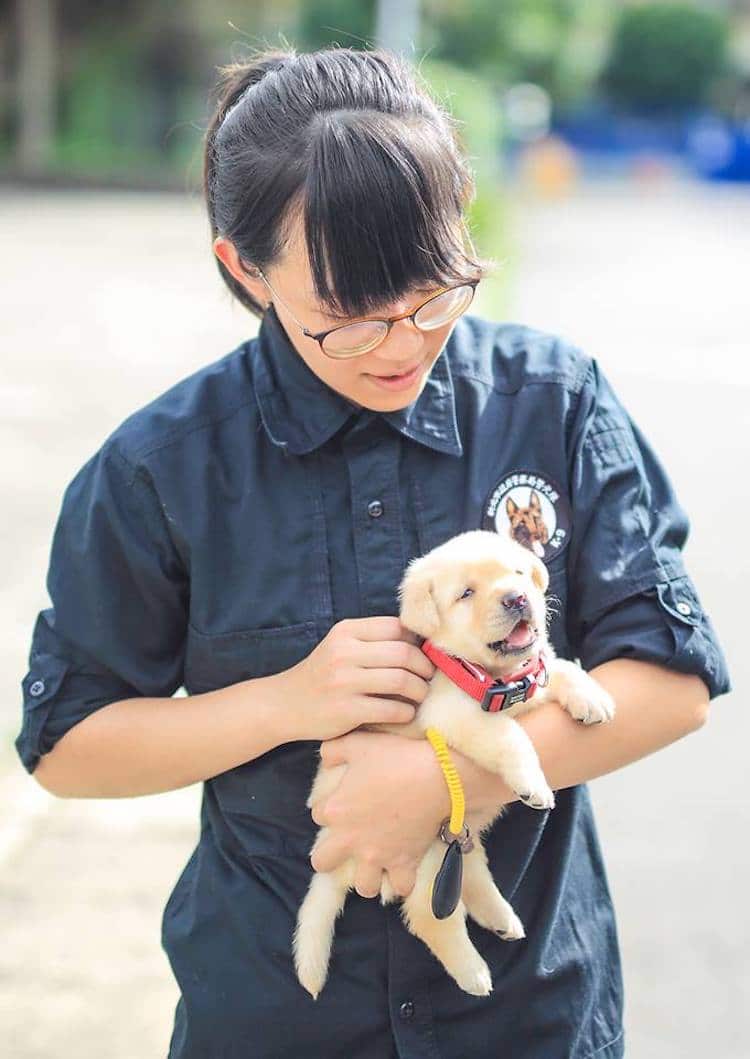 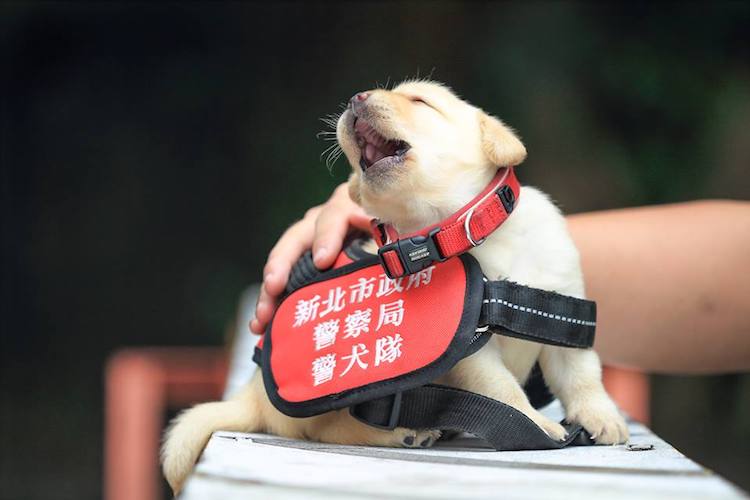 Firefighters Pose with Rescue Puppies to Help Them Get Adopted

Wedding Party Carries Rescue Puppies Instead of Bouquets as a Reminder to “Adopt, Don’t Shop”