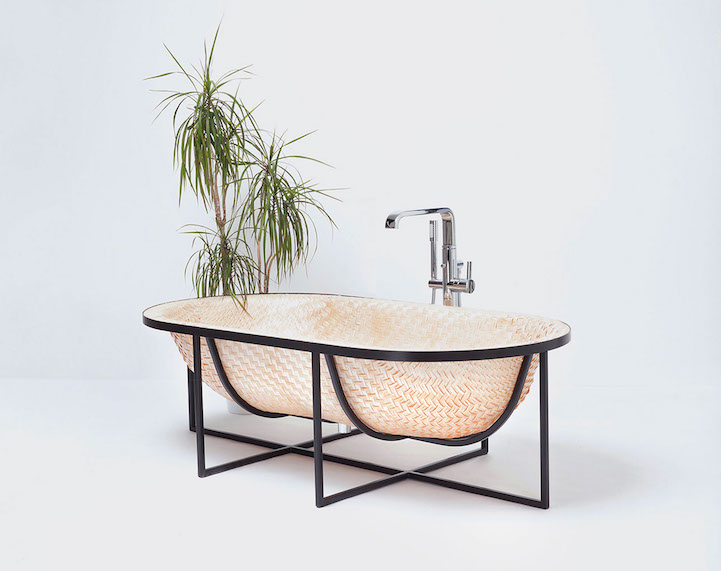 Israeli designer Tal Engel has taken a cue from traditional Asian boat-building to craft a tub out of woven wood. Using thin strips of white ash and maple veneer, Engel formed the interlocking pieces into a single, sturdy sheet. The wooden tapestry was then steamed and pressed into the rounded form. Once it dried, layers of resin were painted over the tub to add strength, durability, and (most importantly) a watertight structure.

Unlike conventional porcelain tubs, Engel's creation–which he calls Otaku–is incredibly light. It weighs less than 15 kilograms (33 pounds) and easily mounts into a powder-coated steel frame. Despite its minimalist appearance, Otaku retains an iconic bathtub shape and is immediately associated with a wash basin.

Engel's design approach feels fresh and contemporary, but it actually relies on the same techniques that Vietnamese craftspeople have used for centuries. Previously, this style of weaving had been used to produce large bamboo baskets for traveling on water. “This concept formulates an almost paradoxical analogy, from which the ‘inside-out' theory had emerged,” Engel explained to Dezeen. “The concept of washing in a bathtub is completely the opposite from the concept of floating in a boat.” 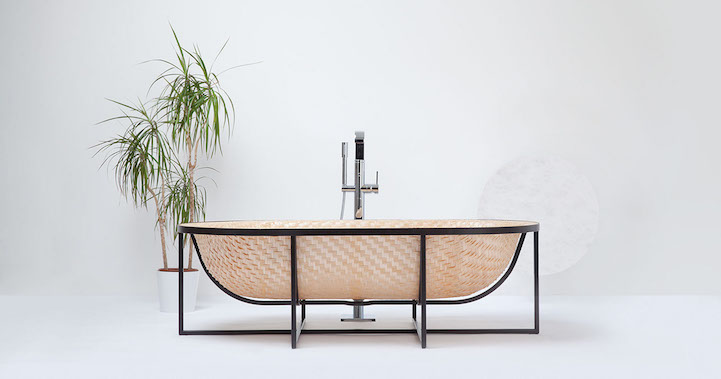 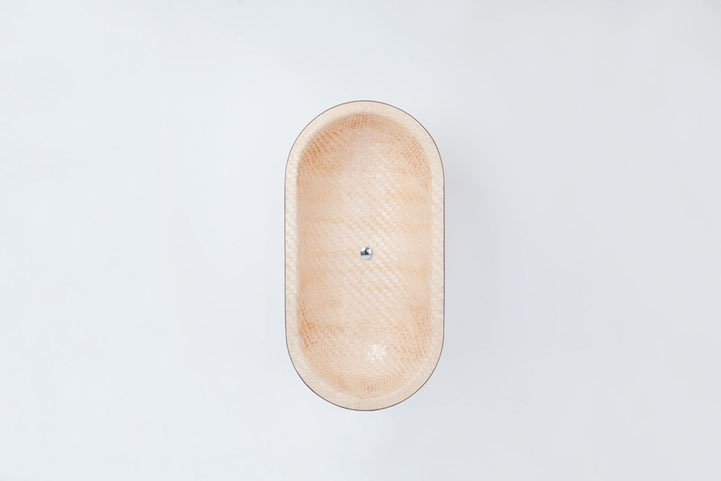