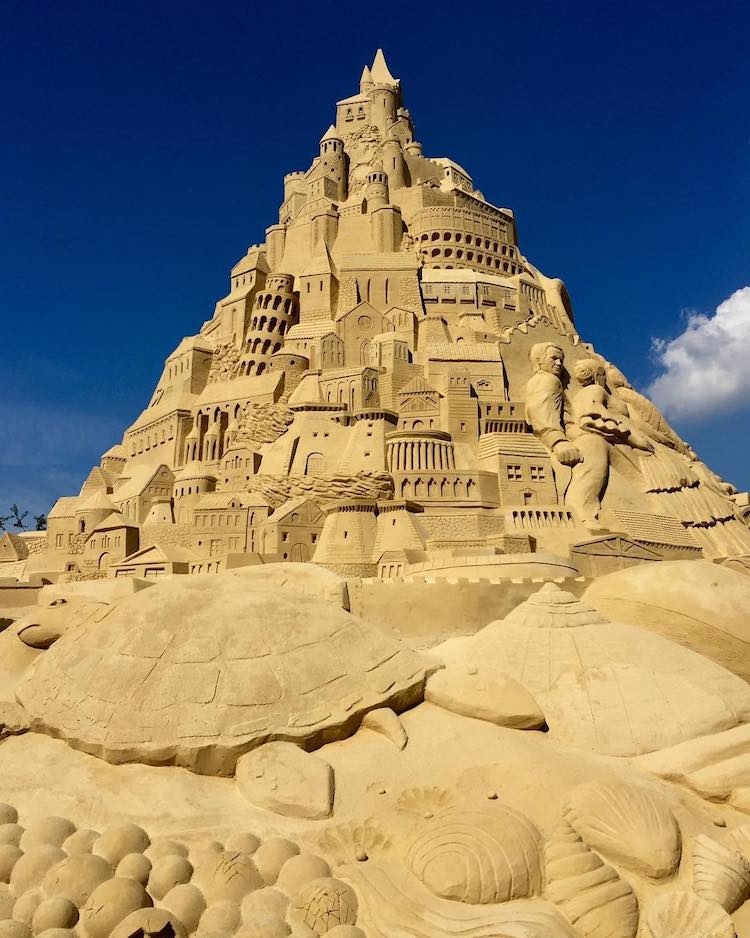 If you love larger-than-life land art, be sure to add Duisburg to your art-inspired itinerary. Throughout the month of September, the world's tallest sandcastle will be on display in the German city, exciting locals and tourists alike with its colossal size and intricately sculpted details.

Measuring an unprecedented 55 feet (16.68 meters), the ephemeral work of art is composed of 3,860 tons of sand. Featuring recognizable landmarks like the Leaning Tower of Pisa, the Great Buddha, and the Acropolis, the castle showcases historic monuments and popular attractions from iconic locations around the globe. With this theme, it is fitting that the designers and sculptors that make up its team have come from all over the world in order to work on the piece, which took 3 weeks to complete.

On September 1, a jury representing Guinness World Records confirmed the castle's record-breaking size, making it the tallest in the world. Prior to this judgment, Puri, India retained the sand castle crown with their 48-foot sculpture created in February of this year. Thus, while Duisburg is the reigning champion for now, we anticipate it won't be long until someone steals its sandy crown!

The spectacular sand sculpture will be exhibited in Duisburg's Landscape Park until September 29.

In Duisburg, Germany, the world record for tallest sandcastle has been broken with a 55-foot work of sculptural sand art. 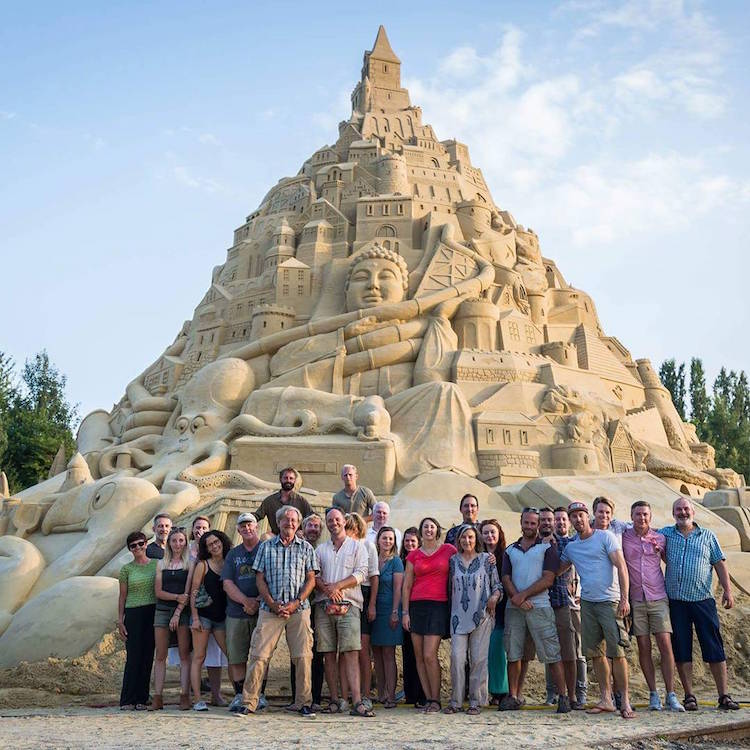 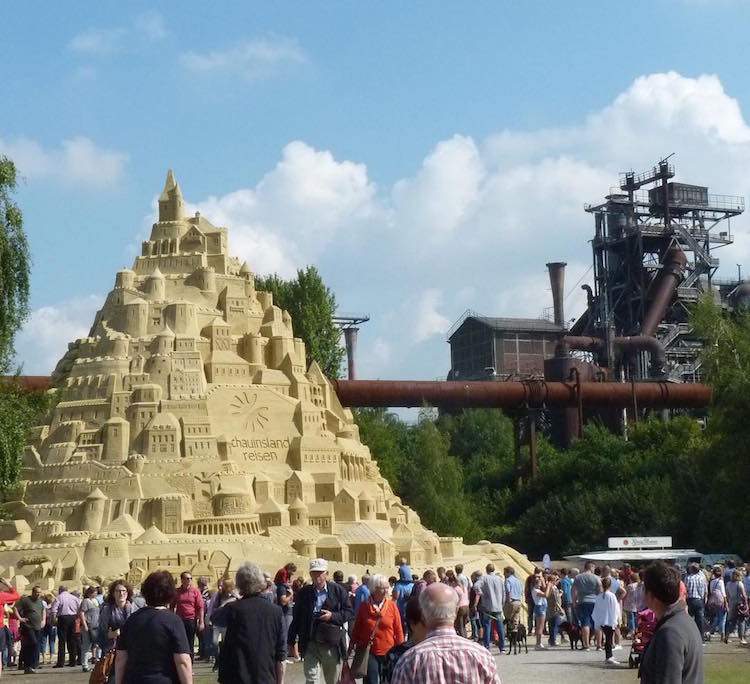 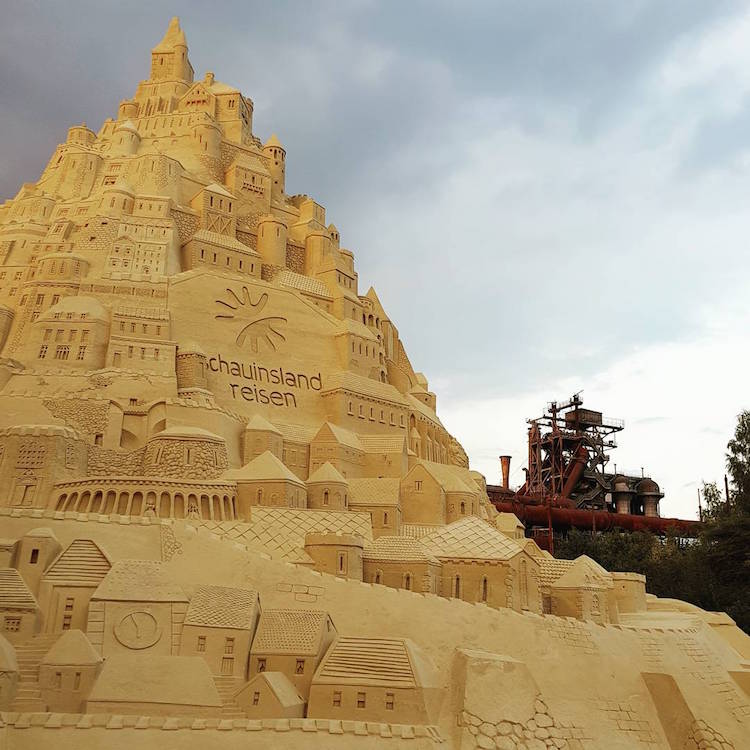 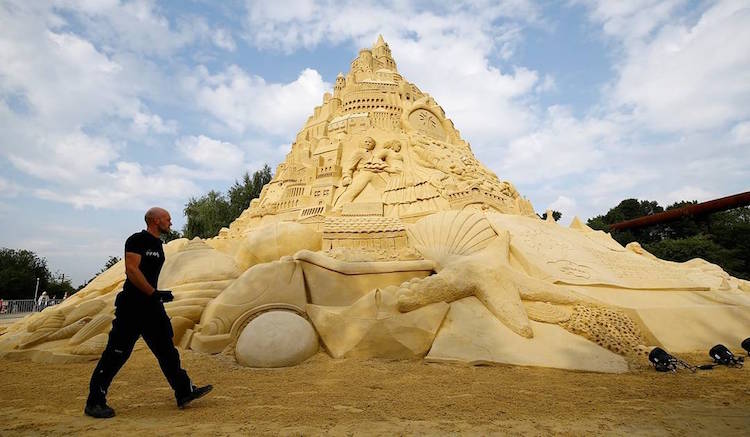 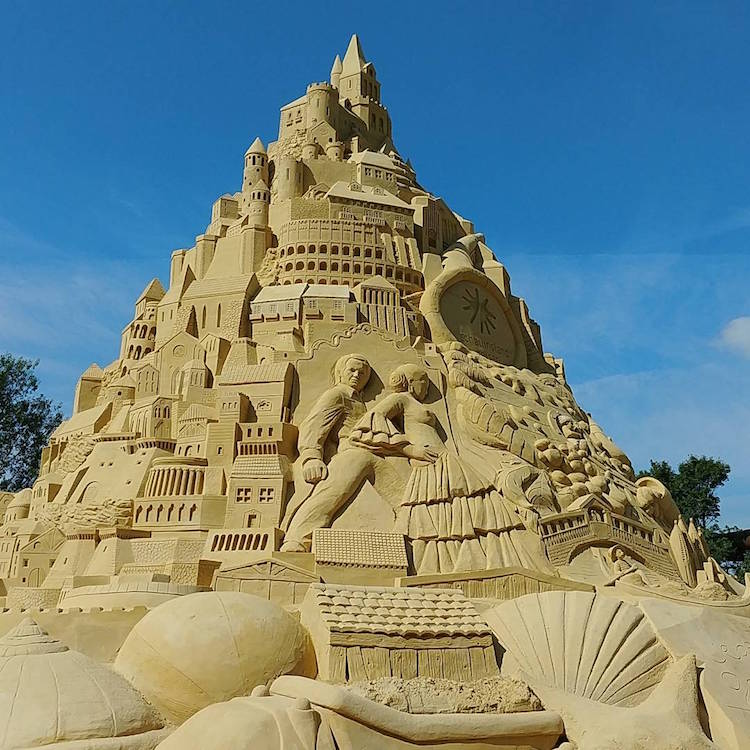 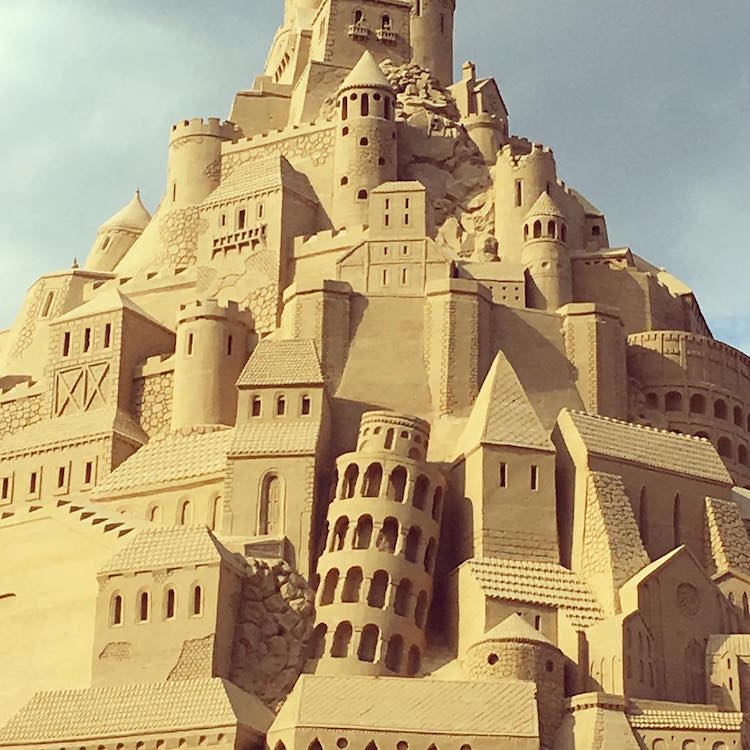 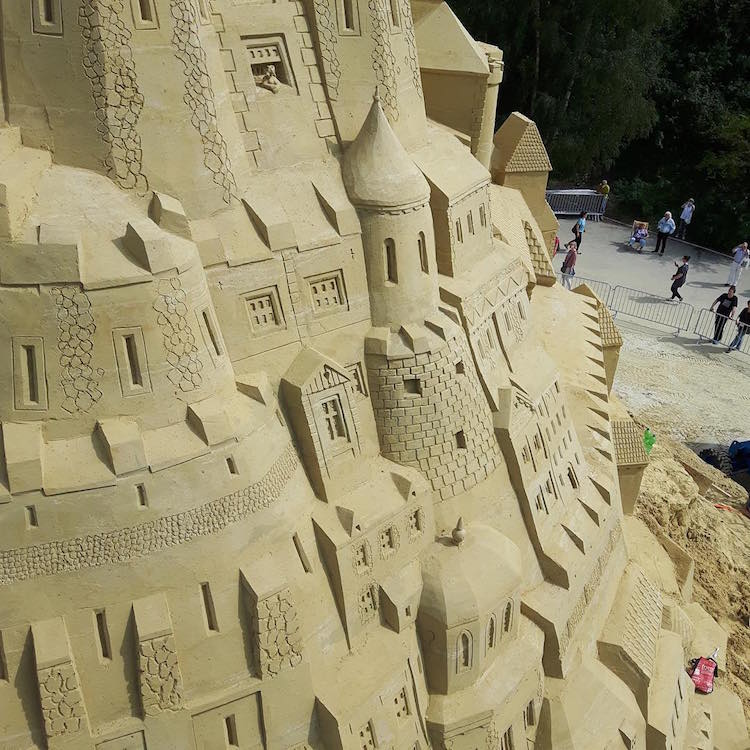 Massive Sand Sculptures Bring Life Under the Sea to the Surface