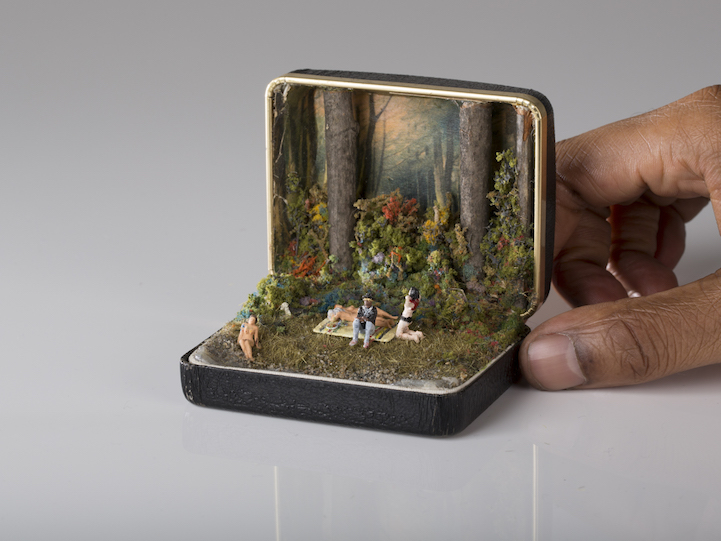 In Toronto-based artist Talwst’s dioramas, antique ring boxes become tiny theaters where spectacularly detailed scenes unfold on a miniature scale. The artist began his unique hobby when a vendor at a Paris market handed him an old ring box and said, “I want to see you do something with this.” Talwst turned it into a seaside scene featuring a woman in a black, vintage swimsuit, and his spectacular series was born. “I want the viewer to open the box and feel they have been transported to another world,” he says.

Although the scenes are often inspired by present-day people and occurrences, the setting within the vintage ring boxes and the time-tested art of diorama-making itself causes the landscapes to appear antiqued. Some of the more quaint scenes include surprising twists imported from the present day, such as a horse-and-buggy scene with a McDonalds sign subtly hovering in the background.

The artist frequently uses the ring boxes as small, encapsulated commentaries on current events. For example, he portrays the death of Michael Brown inside a drab brown box where police officers surround the subject shooting guns (the smoke is cotton). Working within the confines of the boxes allows him to focus on perfecting minute details, offering a sense of control and the ability to change things.

“The work’s small scale allows me the opportunity for a very particular kind of meditation,” he says. “The overarching theme is related to time and space; to my sense of the vastness and the fragility of the world which I inhabit; and my fleeting memories of this world.” 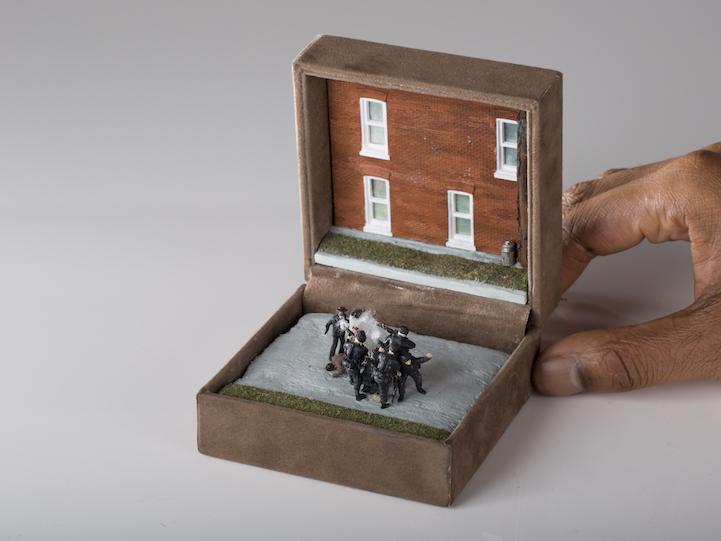 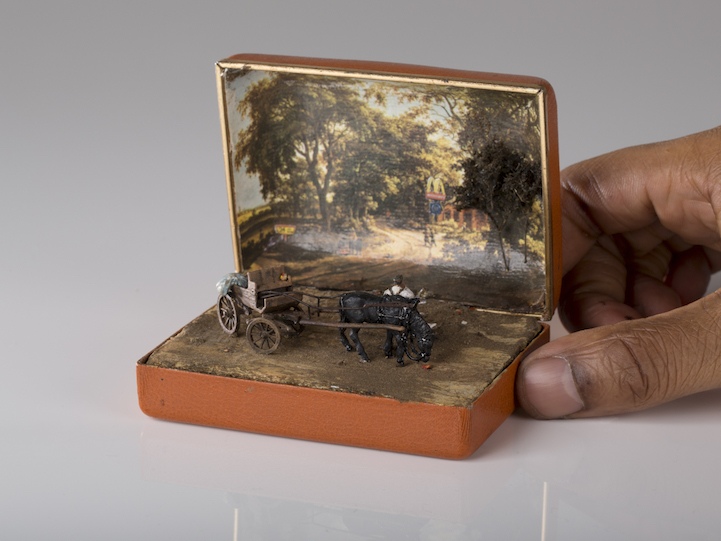 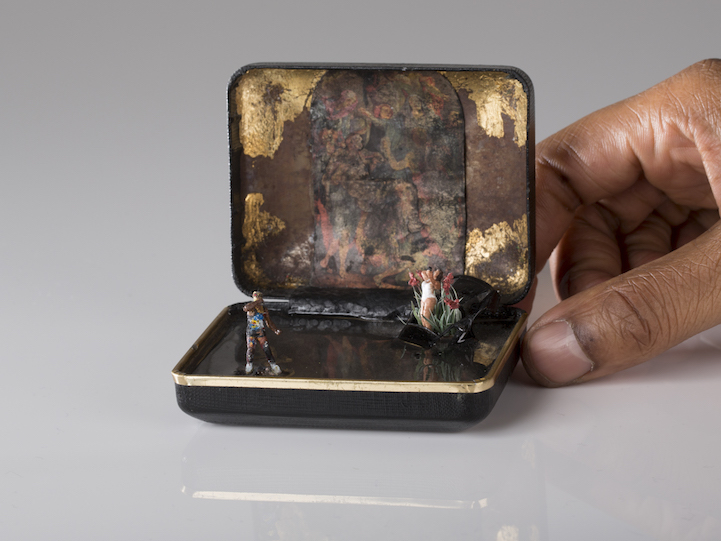 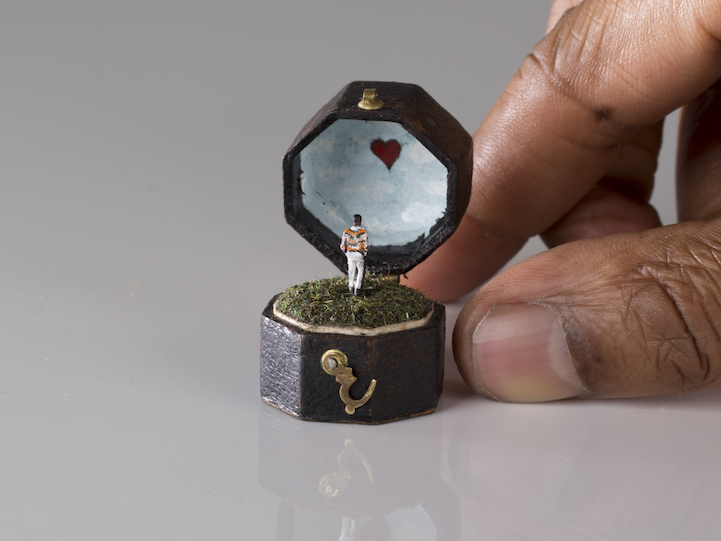 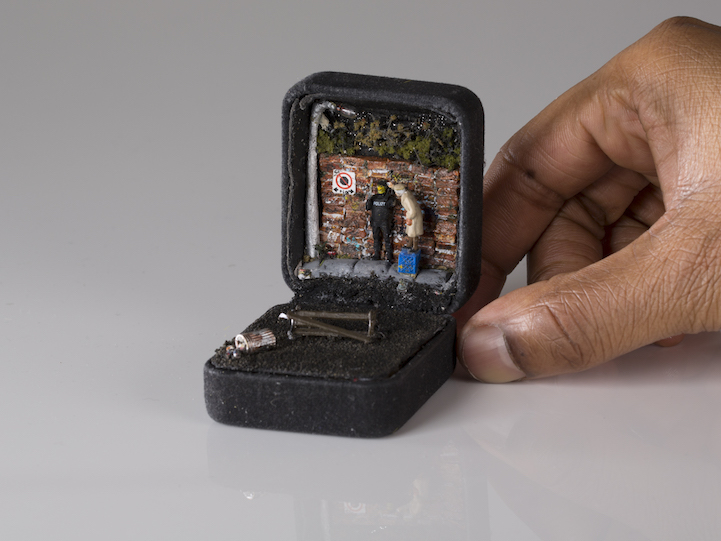 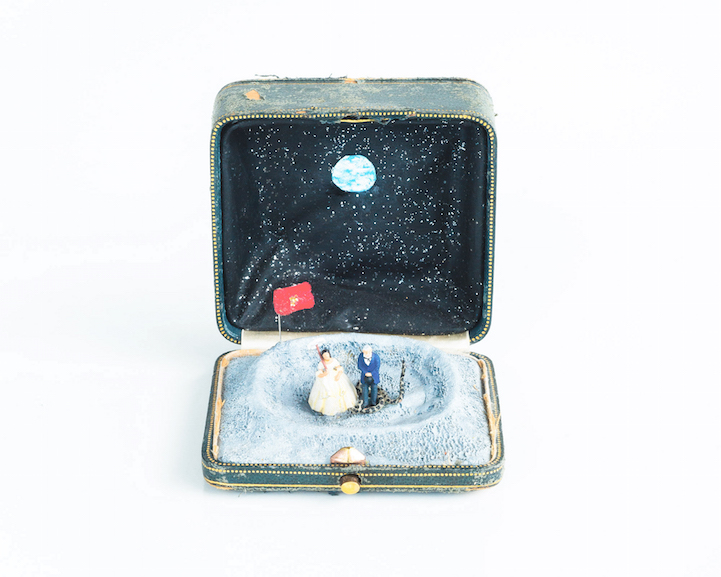 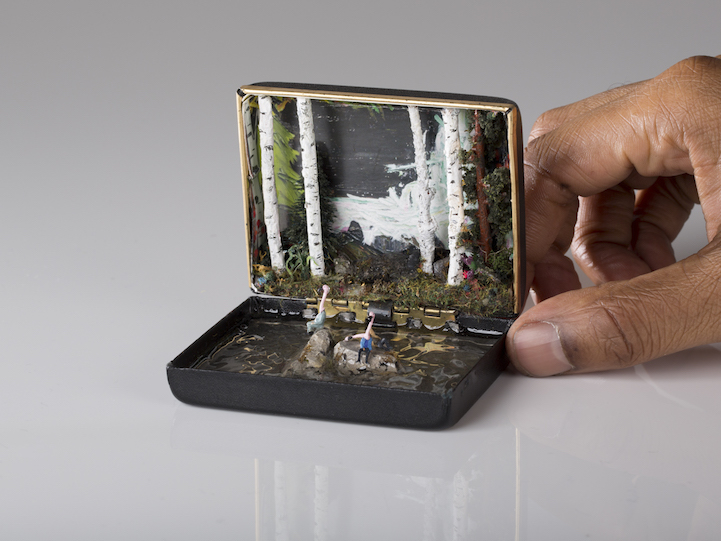 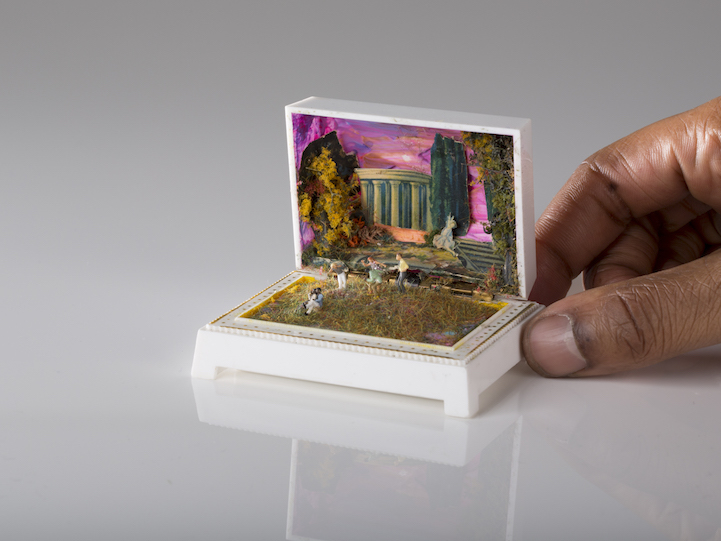 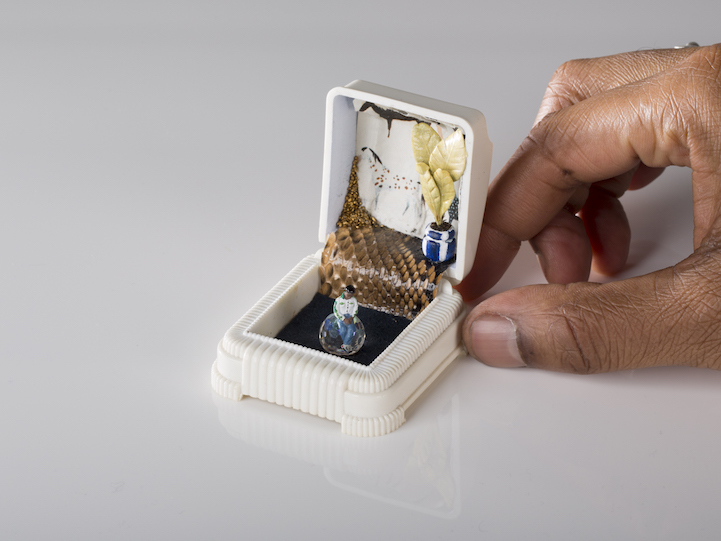 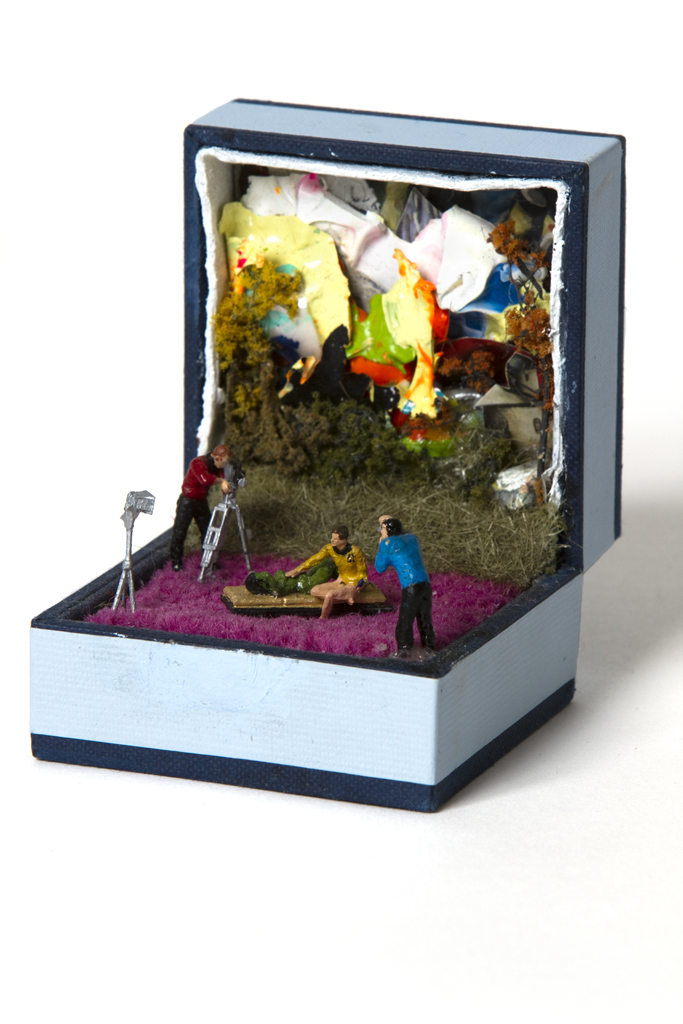 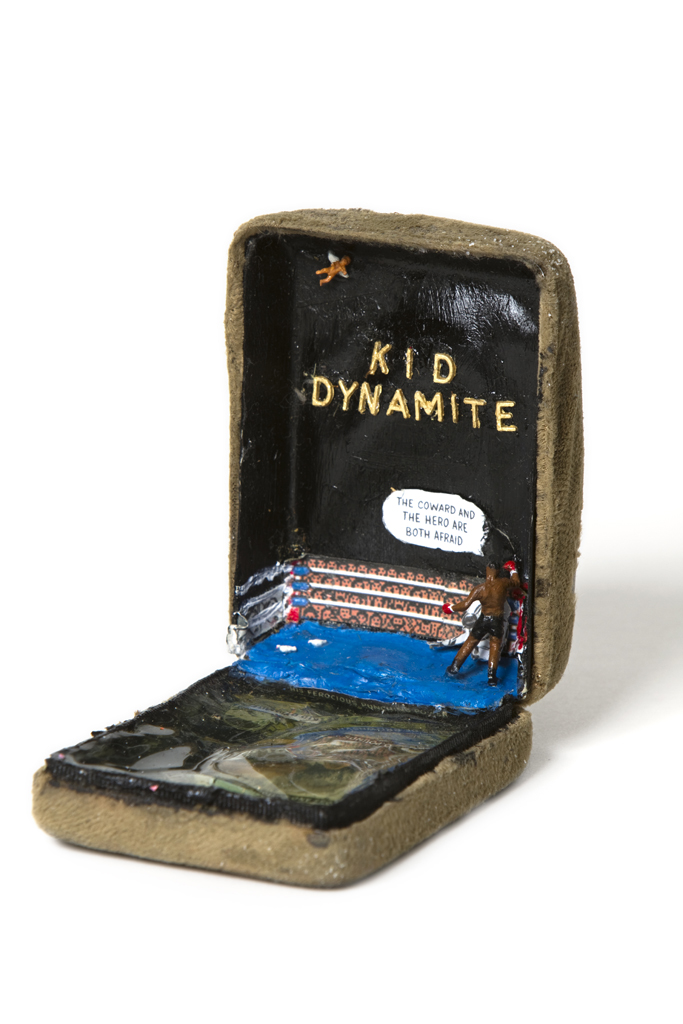 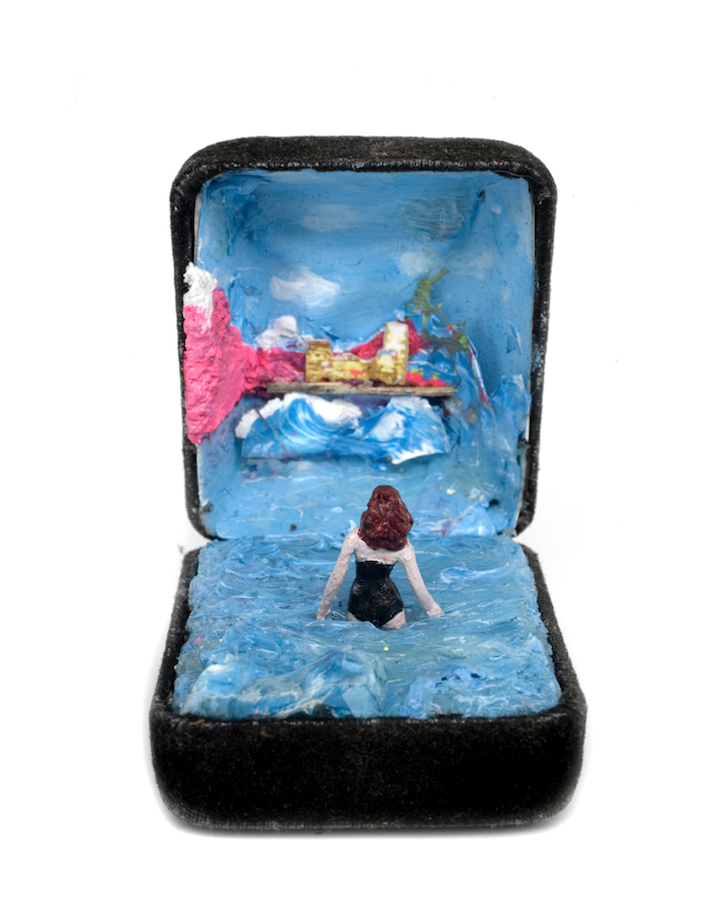