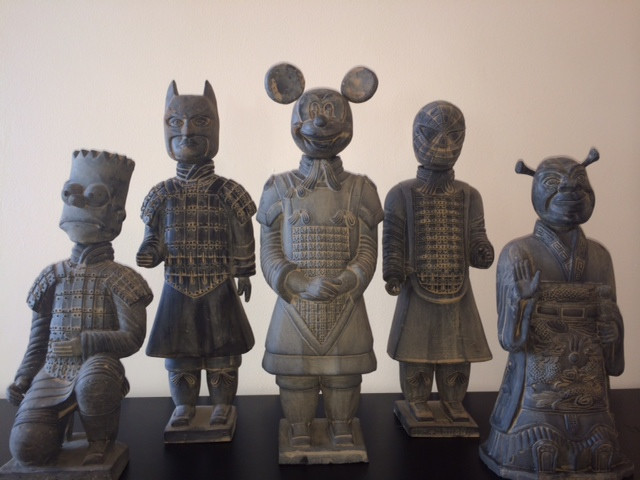 In a whimsical twist on ancient artwork, a terracotta army of sculptures re-imagines cartoon characters as stoic heroes. San Francisco-based artist Lizabeth Eva Rossof designed the army and hired an authentic terracotta-warrior replicator to manufacture the figures. Rossof's sculptures are comprised of the same materials as the iconic army guarding the tomb of China's first emperor in Xi'an.

This authenticity lends a historic aura to the sculptures – with the exception of the heads poking out of the armor. General Mickey stands at attention with an eager grin. Emperor Shrek, wearing dragon-embellished robes, extends his hand in a royal gesture.

Rossof's artwork tends to explore themes of political, economic and personal liberation, and her terracotta army is no exception. On her website, Rossof explains the “Xi'an-American warriors” are intended to play off both the pervasiveness of American media around the world and China's penchant for duplicating copyrighted material. 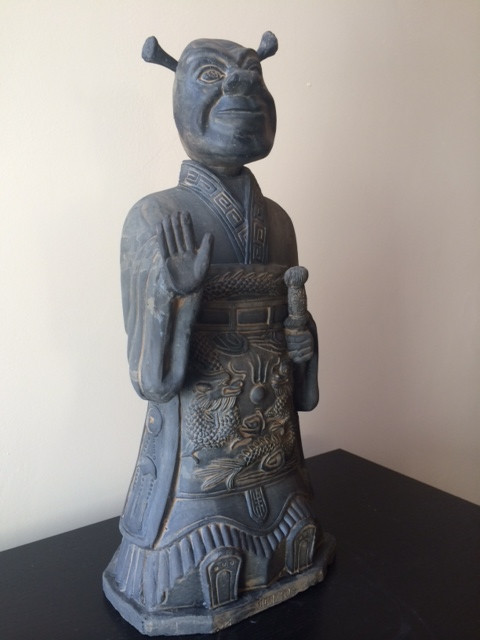 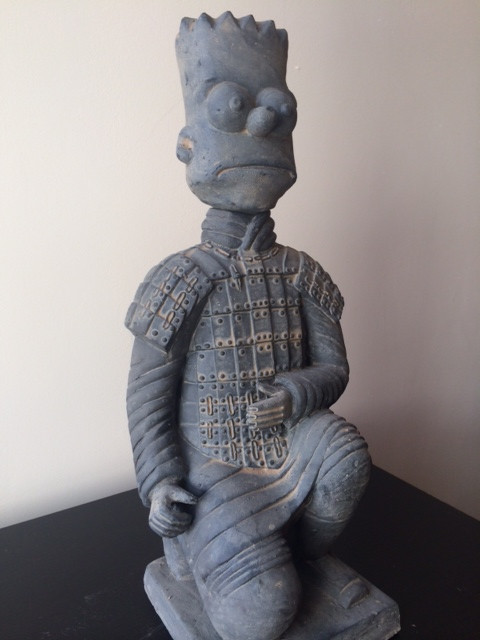 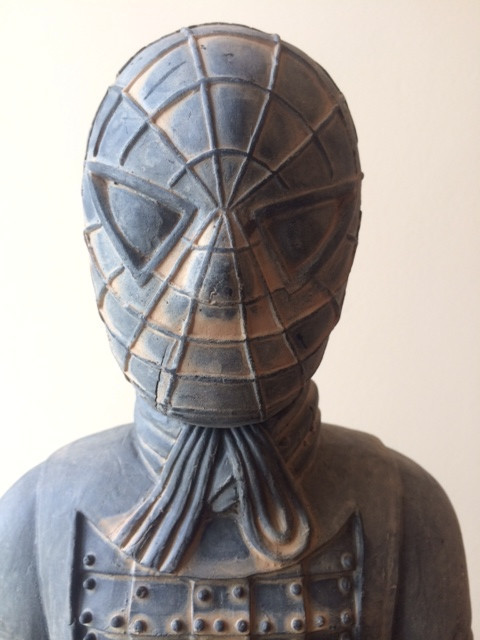 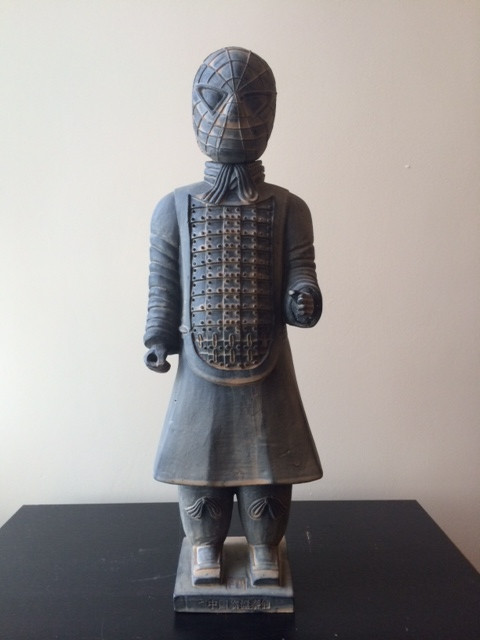 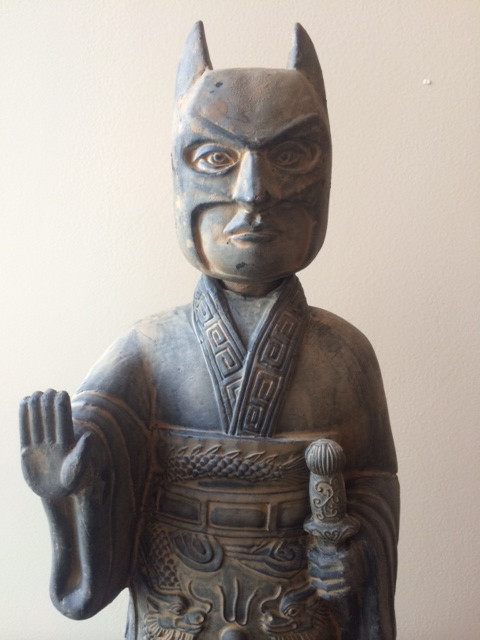 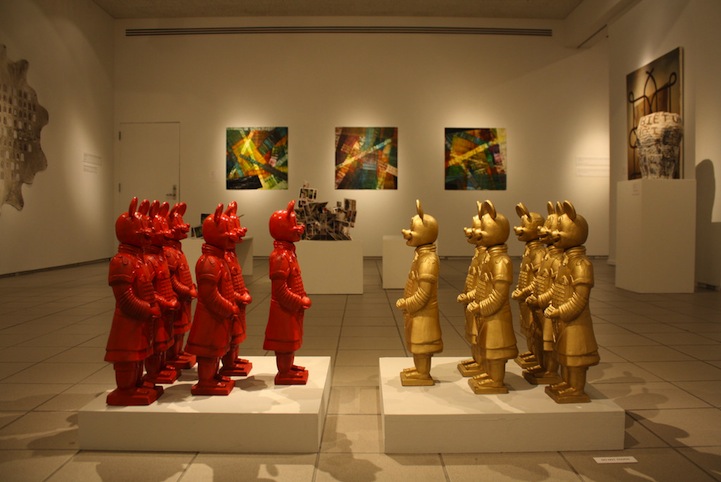