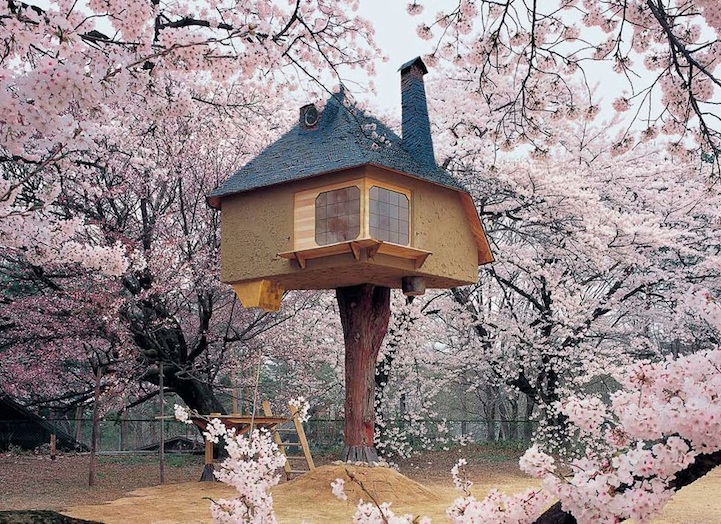 This fairy-tale treehouse in Hokuto, Japan is supported by a single cypress trunk and surrounded by a bevy of cherry blossom trees. Built by architect Terunobu Fujimori for the Kiyoharu Shirakaba Museum, the charming treehouse is actually a Japanese teahouse that was built specifically for enjoying the cherry blossoms in full bloom. Fujimori designed the unique, one-legged structure to be sturdy enough to sway with the tree during stormy weather and through earthquakes. As you can see by the interior shot of the teahouse, though the outside is all fantasy, the inside is left both simple and modern.

Architect Terunobu Fujimori is known for his surreal structures which he creates using mostly natural materials like wood and stone. As Phaidon states, “In a pioneering professional career now spanning 20 years, the architect has produced two-legged teahouses suspended 20 metres above the ground; homes whose chimneys are planted with pines and whose roofs are covered in leeks and chives; and guesthouses that perch precariously atop small segments of white wall.”

“A building should not resemble anyone else's buildings, past or present, or any style that has developed since the Bronze Age,” Fujimori has stated. You can find some of his works in Phaidon's Atlas of 21st Century World Architecture or Philip Jodidio's book Tree Houses. Fairy Tale Castles in the Air. 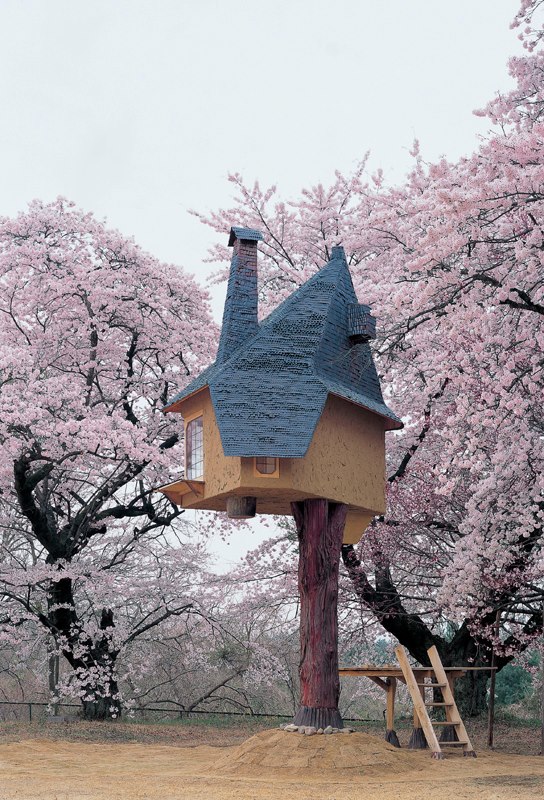 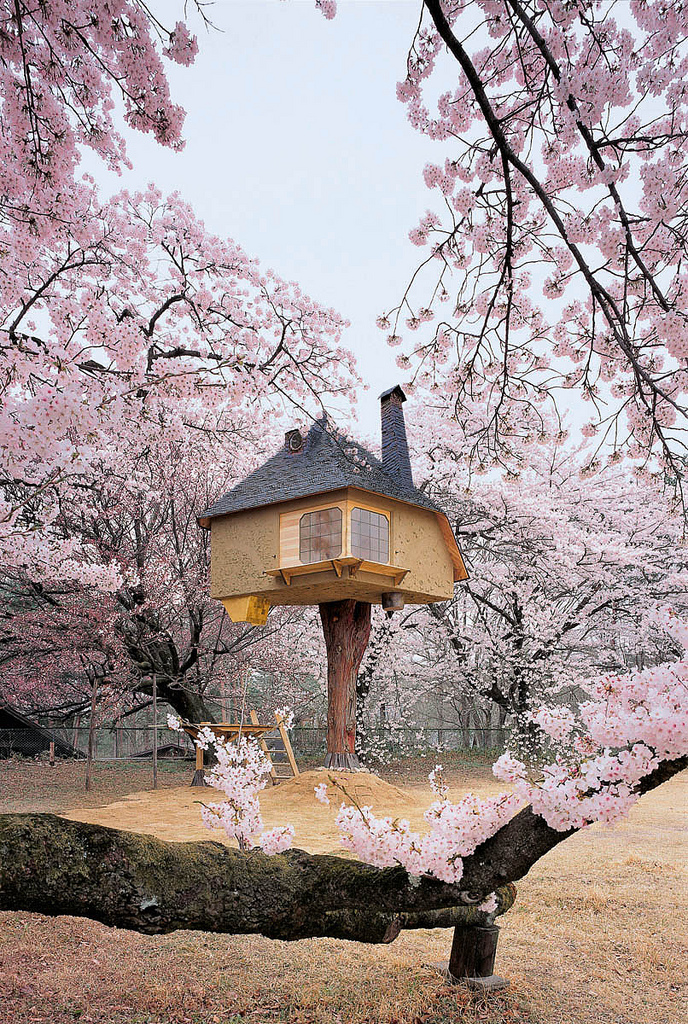 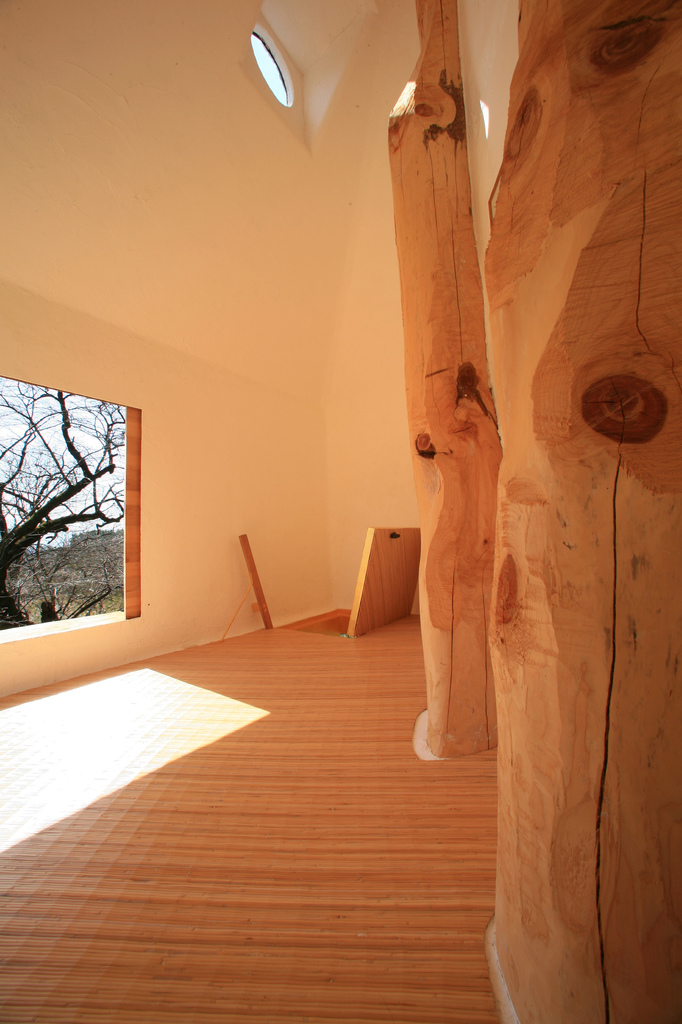