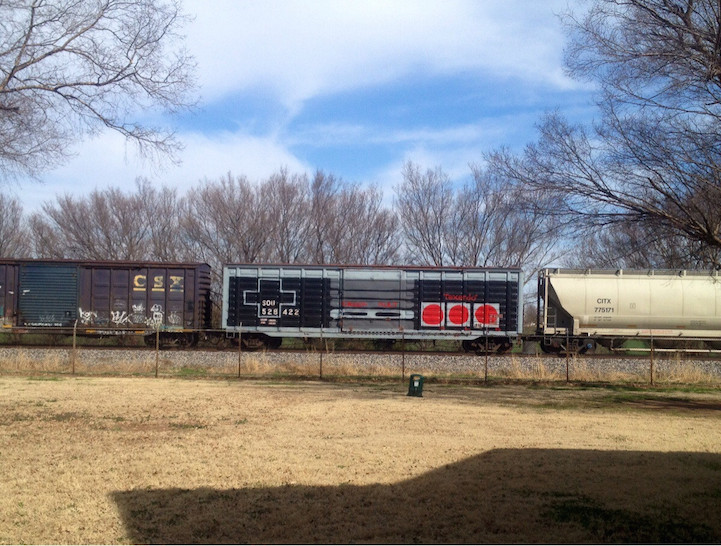 Train graffiti isn't uncommon and is something that might not catch your eye. But if you were stopped at a train crossing, you'd surely notice this boxcar made to look like a giant Nintendo Entertainment System game controller. The painted car includes the large plus sign and bright red buttons we all know and love.

This impressive piece of graffiti is a slightly modified version of the console's original controller, and was tagged by TEXER ALB. The real thing has two red buttons, not three like we see here. Each circle on the boxcar represents A, L, and B that corresponds to the tagger's initials, hence the need for the additional button.

At least two Reddit users, Kgriffin88 and elsewhere1, have spotted TEXER ALB's handiwork. It makes us wonder what other magnificent boxcar artwork we've been missing, and it encourages us to be on the lookout for more quirky cars like this. 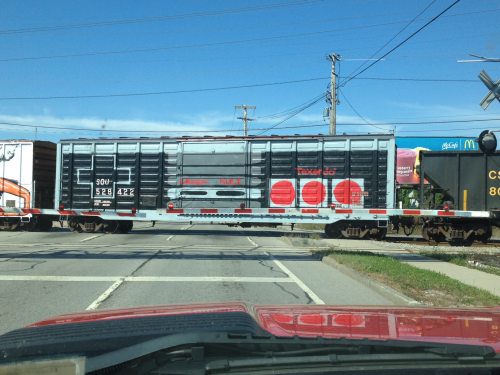