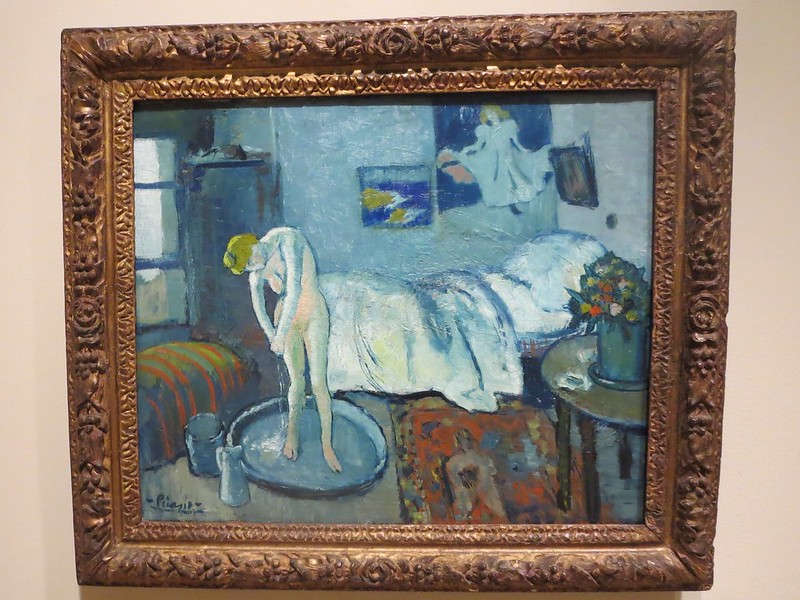 Modernist master Pablo Picasso once observed that “there is only one way to look at things until someone shows us how to look at them with different eyes.” Though likely referencing the ability of avant-garde art movements to shift perspectives, this profound statement can also apply to other aspects of Picasso's practice—even when those “different eyes” require X-ray vision.

In 2014, a team of researchers and art historians from The Phillips Collection, Cornell University, the National Gallery of Art, and the Winterthur Museum revealed that they had made a surprising discovery. Beneath The Blue Room (a piece painted by Picasso in the early 20th century) was a mysterious hidden portrait. Conservators had suspected the existence of this secret painting for decades, but it was not until recently that technology was powerful enough to detect it.

Before taking a closer look at this breakthrough, it's important to understand the story and significance of The Blue Room.

The History of The Blue Room

Pablo Picasso painted The Blue Room while living in Paris in 1901. At this time, the 19-year-old artist had only recently entered his Blue Period, a phase characterized by an interest in somber subject matter and the use of cool pigments. The Blue Room epitomizes this style, as its subject—a female bather—is shown in solitude, and the painting itself is rendered a predominantly blue palette. 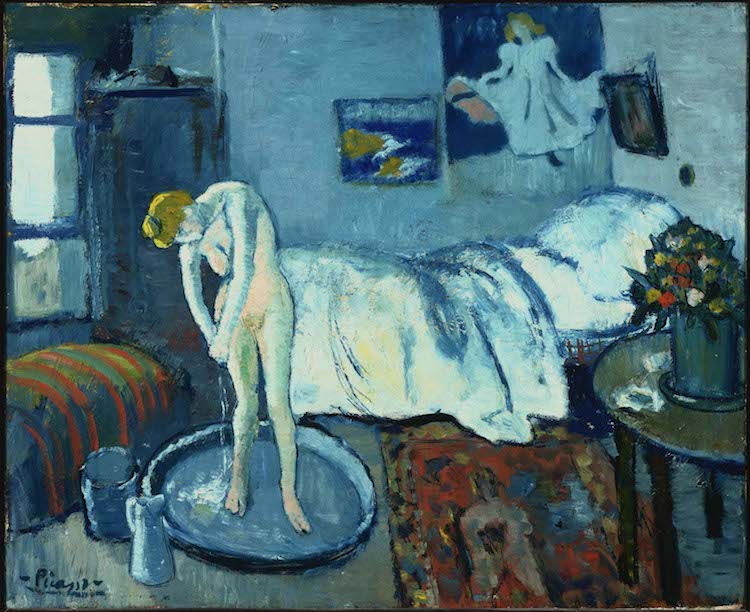 Prior to painting The Blue Room, Picasso attended the 1900 Paris Exposition. At this World's Fair, he observed a collection of Impressionist and Post-Impressionist paintings on display, and was inspired to incorporate their influence into The Blue Room.

“The work of Degas and Henri de Toulouse-Lautrec exerted a strong influence on this picture,” The Phillips Collection explains. “Picasso’s studio on the boulevard de Clichy provided the setting for this scene of a nude bending over in the tub. Toulouse-Lautrec’s poster May Milton (1895) hangs on the wall as an homage; the artist had passed away in September 1901, shortly before Picasso created this work.” 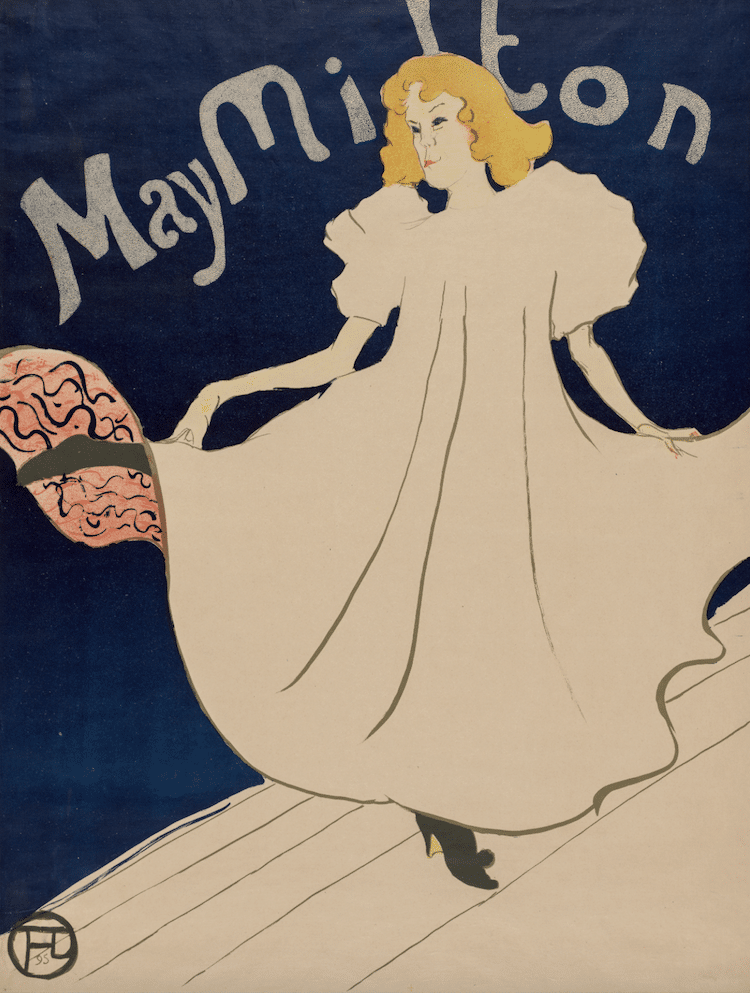 In 1927, The Phillips Collection acquired The Blue Room, the museum's first Picasso painting. At this time, the artist was well into his Surrealist period, a phase characterized by dreamy depictions of figures with mixed-up facial features and contorted bodies. While The Blue Room was a far cry from this new style, Duncan Phillips (the museum's founder) preferred the emotional nature of Picasso's early work, prompting him to purchase this “succulent, sumptuous little picture.”

The Secret Portrait Is Revealed

As the museum's first Picasso acquisition and one of the earliest known pieces from the artist's Blue Period, The Blue Room has remained one of the Phillips Collection's most prized Picasso paintings. In 2014, its status was elevated even further, as it was thrown into the international spotlight.

In collaboration with Cornell University in New York, the National Gallery of Art in Washington DC, and the Winterthur Museum in Delaware, the Phillips Collection discovered a hidden image beneath the surface of The Blue Room. Rendered horizontally across the canvas, this painting depicts the portrait of a bearded, bow-tied man resting his head on his hand. Conservators believe that this painting was completed shortly before The Blue Room, when a teenaged Picasso did not yet have the funds to support his prolific practice. “Reusing canvases was a common practice for Picasso at the time, since he was quite poor,” the Phillips Collection explains.

While the identity of the sitter was (and is) unknown, the discovery of this portrait has literally and figuratively added another layer to The Blue Room—one that conservators had been hoping to uncover for years.

Hints of the Hidden Painting 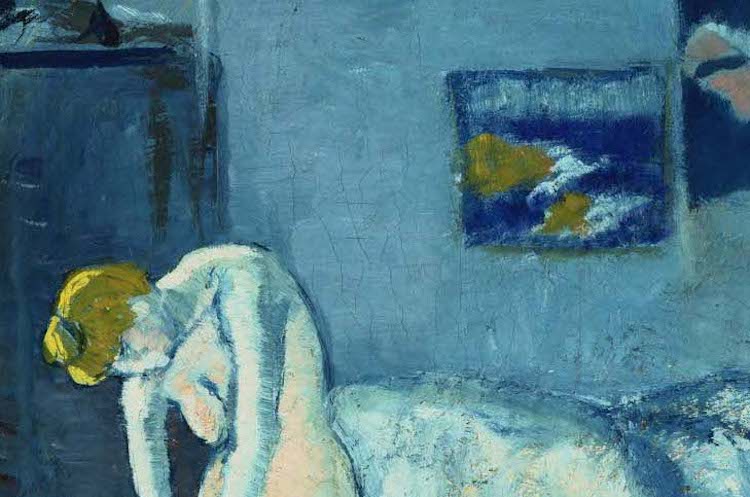 Detail of “The Blue Room”

While news of this secret portrait broke suddenly in 2014, this discovery was not made overnight. “The collaborative study of Picasso’s The Blue Room has been ongoing for several decades,” the Phillips Collection explained in a press release.

In 1954, a conservator at the museum noticed inconsistencies in The Blue Room‘s brushwork. As technology advanced, scientists were able to study these suspicious shifts in pigment and texture, culminating in the confirmation of a second painting in 1997. It was not until 2008, however, that conservators could finally make out the form of this painting, which, by 2014, could be viewed in astounding detail.

Uncovering the hidden portrait in 2014 required a team of scientists and several state-of-the-art tools. At Cornell, scientists used X-ray fluorescence intensity mapping to trace the distribution of pigments throughout the composition.

Then, inspired by the National Gallery's use of multi-spectral imaging technology to uncover hidden images in other Picasso paintings, conservators at the Phillips Collection used an infrared camera and a longwave-pass spectral filter to get a fuller picture in 2008. Then, in 2012, scientists back at Cornell used an XRF detector to supplement the infrared scans.

Finally, two years later, all of the project participants shared their findings at the Phillips Collection. “Each of the collaborating conservation scientists and their teams gave short presentations summarizing the results of their analyses,” the museum explains. “Their conversation revealed much about the early Blue Period work, including that the portrait, though unsigned, appears to be a completed picture. Further, the pigments used in both paintings are identical, increasing the likelihood that both were painted by Picasso’s hand.”

On June 17, 2014, the news about The Blue Room broke. Offering a rare glimpse into the realm of art conservation, illustrating the role of collaboration within museums, and detailing a significant period in Picasso's life, this story engaged the public unlike any other piece of news.

“Our audiences are hungry for this,” Dorothy Kosinski, the Director of the Phillips Collection, said. “It's kind of detective work. It's giving them a doorway of access that I think enriches, maybe adds mystery, while allowing them to be part of a piecing together of a puzzle,” she said. “The more we can understand, the greater our appreciation is of its significance in Picasso's life.”