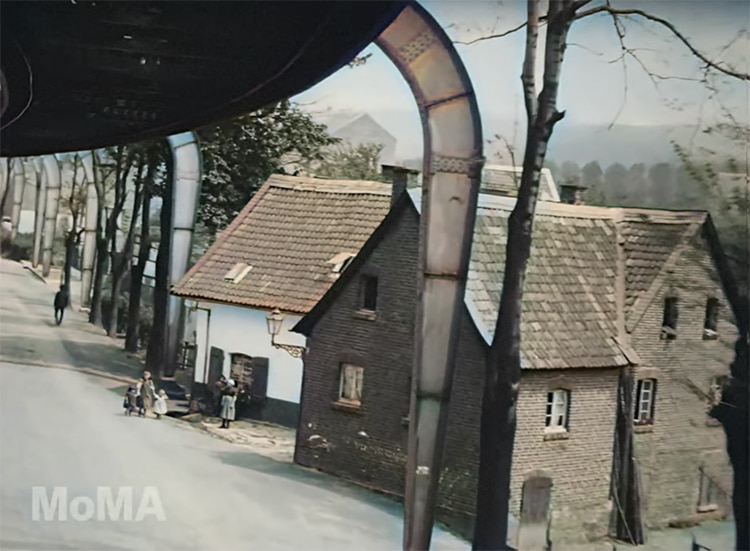 Still showing children walking by a farmhouse. (Video by MoMA and upscaled by Denis Shiryaev)

If you've ever wondered what life was like in the early 20th century, look to the footage of The Flying Train for a peek. Shot in 1902, the short motion picture captures stunning views of a German town from the windows of the Wuppertaler Schwebebahn, a suspended railway. It takes us on a tour of a typical day way back then: chickens prance across stone-paved streets, women walk with children, and horses pull heavy carts.

The original black-and-white footage was from the collection of the Museum of Modern Art (MoMA), but it recently got an upgrade thanks to artificial intelligence. As early film stock cannot match the resolution or frame speed of today's digital media, Denis Shiryaev of Neural Love used neural networks to restore and enhance (or “upscale”) The Flying Train. The neural networks learn from other antique films and apply this “knowledge” to each new restoration. This includes colorizing the frames in natural, muted tones and creating extra frames per second (fps) to achieve a smooth 60 fps.

The Wuppertaler Schwebebahn (aka the “flying train”) opened to the public in 1901, making it the first elevated electric railway with hanging cars. Over 100 years later, it's still in regular operation today. Scroll down to enjoy the historic virtual ride and then put the real railway on your travel bucket list.

Film footage from 1902 has been recently restored and colorized. Taken from a moving elevated train, it's a window into everyday life in a German town. 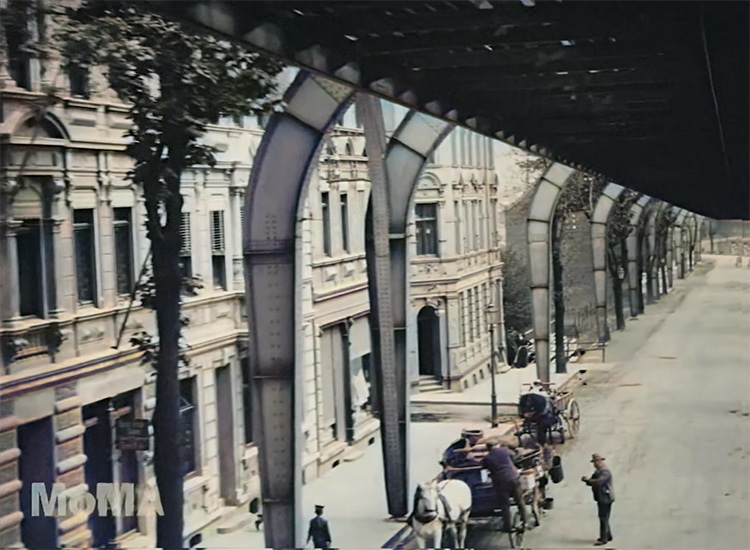 Still showing everyday life in 1902. (Video by MoMA and upscaled by Denis Shiryaev) 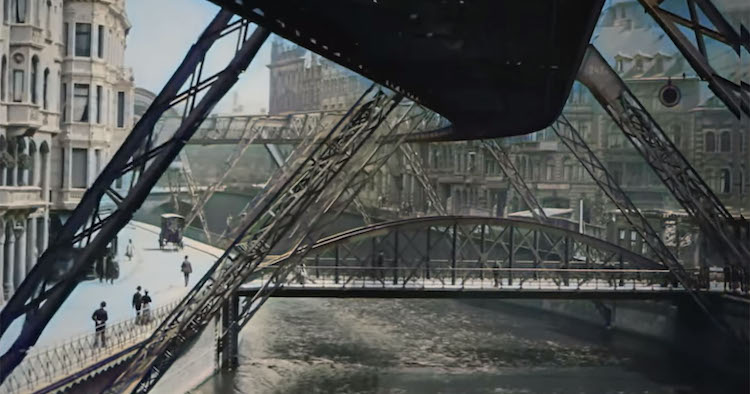 Still showing children walking by a farmhouse. (Video by MoMA and upscaled by Denis Shiryaev)

The original film footage, shot on 68mm film, is held in the MoMA's collection.