The Most Beautiful Origami Art 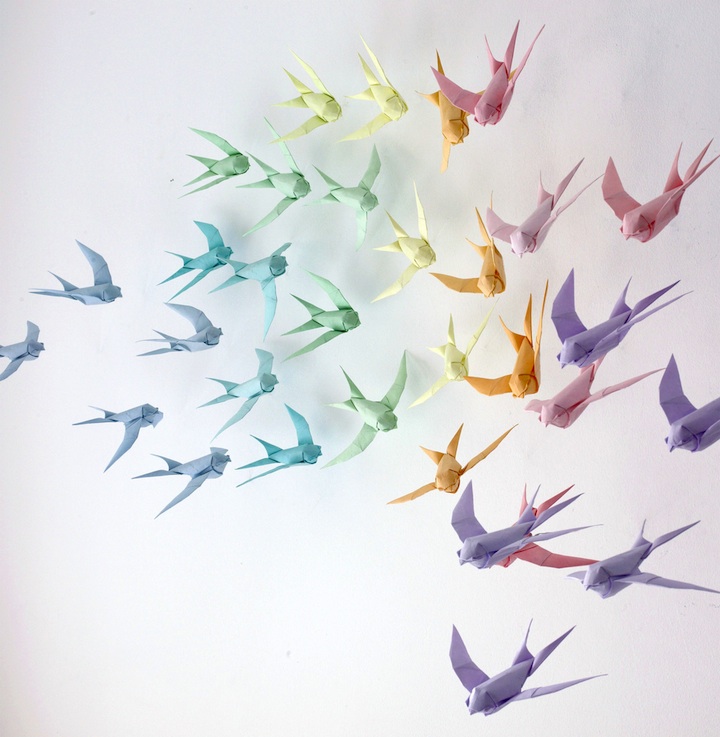 Sipho Mabona is a professional origami artist based in Lucerne, Switzerland who was born with a natural gift. At the young age of five, he folded his first paper airplane. In 2000, after having folded planes for fifteen years, destiny called. Mabona ran out of paper airplane designs so he turned to origami in hopes that it would inspire him to come up with something more original.

As they say, the rest is history. Since then Mabona has participated in numerous contests, like the Red Bull Paper Wings World Finals in Salzburg 2006, designed origami for a corporate movie, and has exhibited his work in galleries from Tokyo to Vancouver.

Take a look at Mabona's work and you'll be swept away by his unique style. Classically beautiful with impeccable lines, they're pieces that anyone would proudly display in their homes as incredible works of art.

Update: After we wrote this post, we were able to get in touch with the artist to ask him a few questions. Read that interview, below, where he shares with us a very personal story and more. 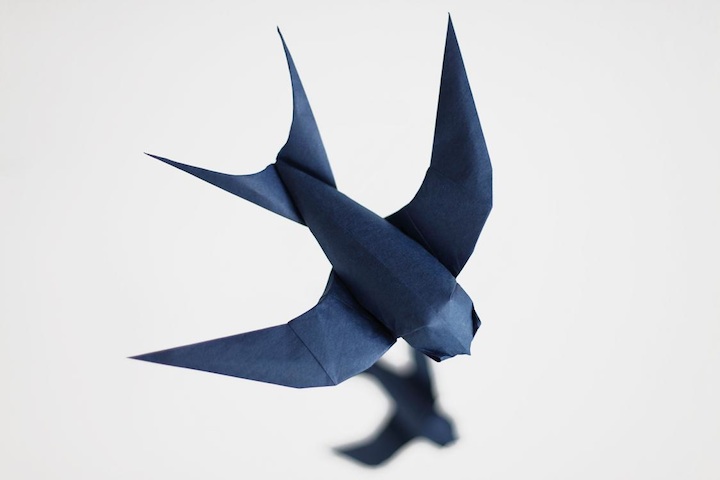 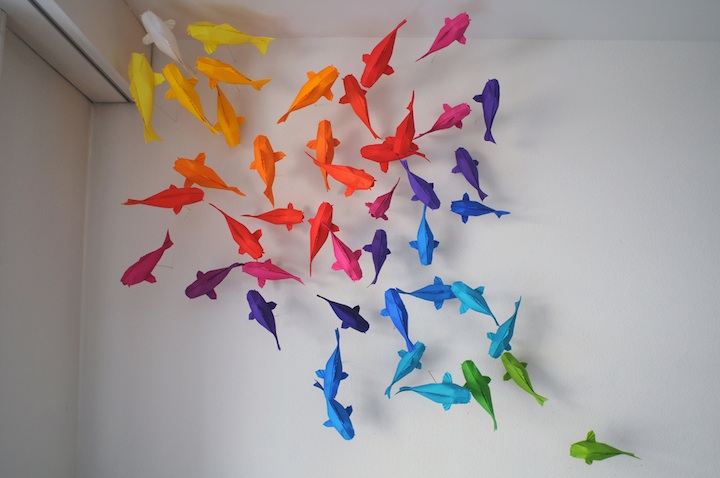 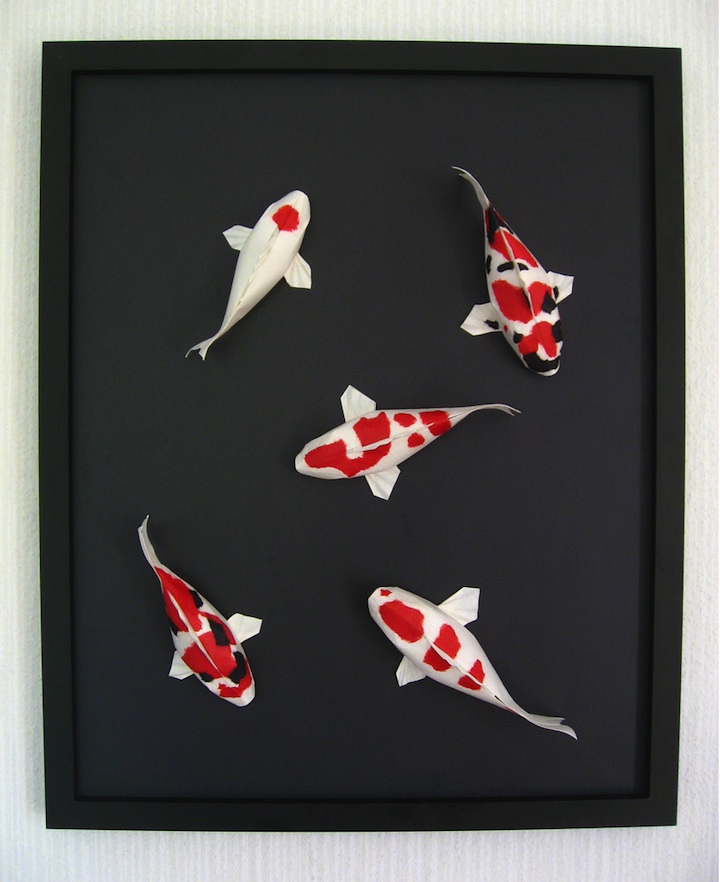 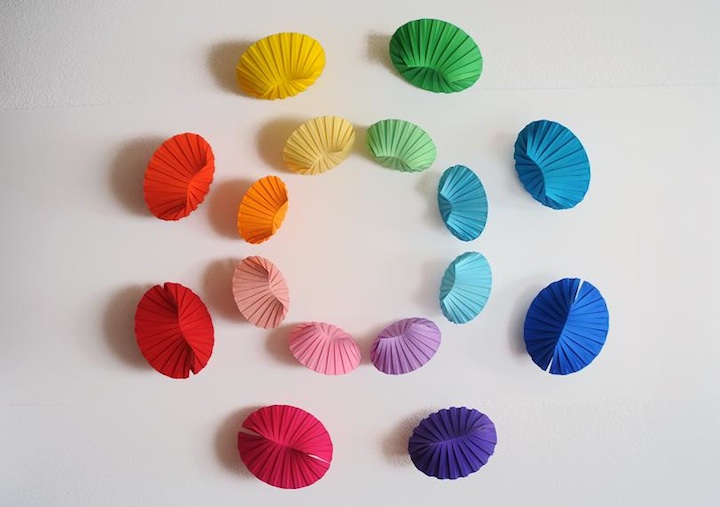 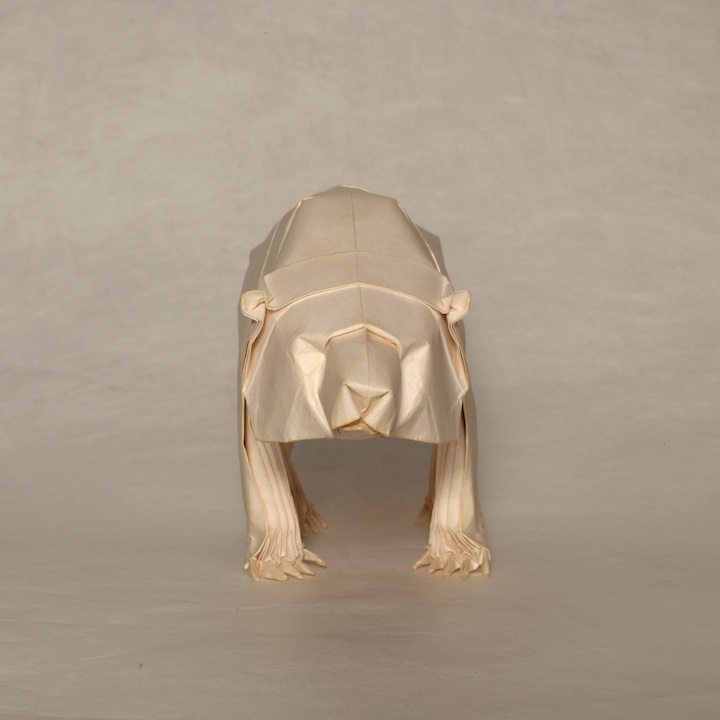 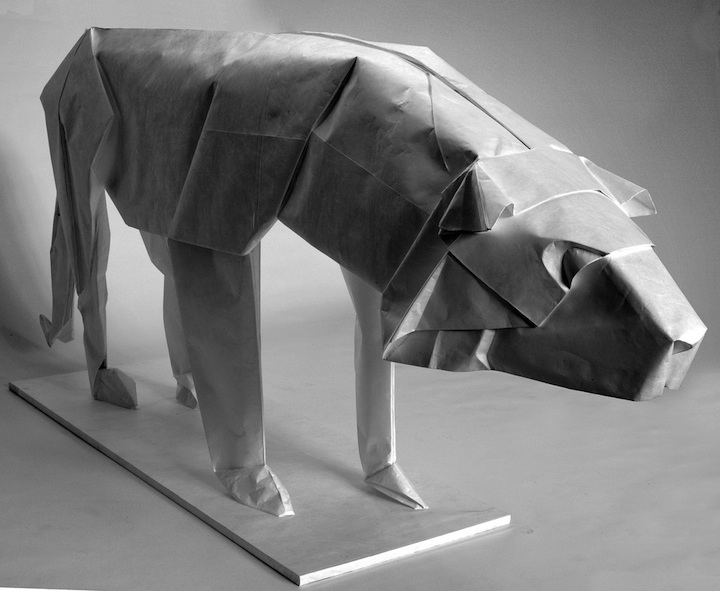 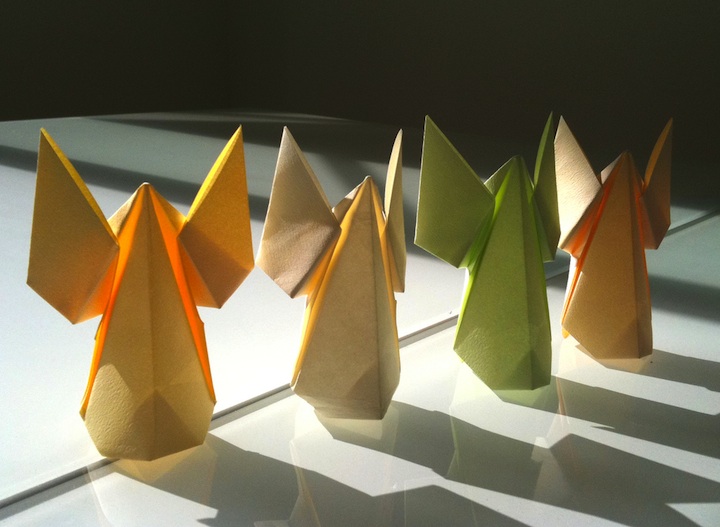 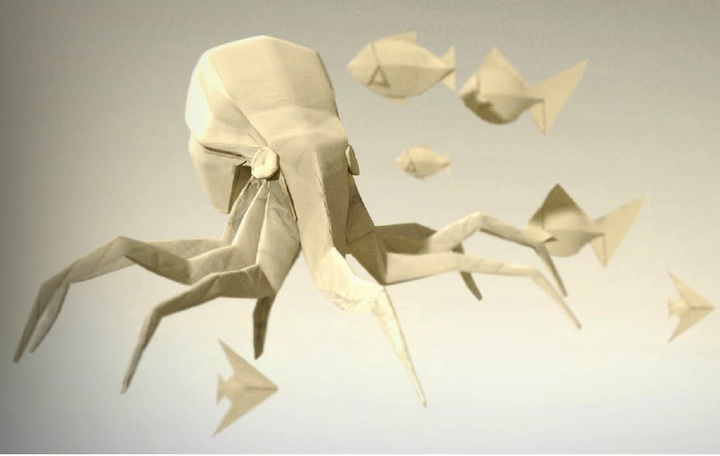 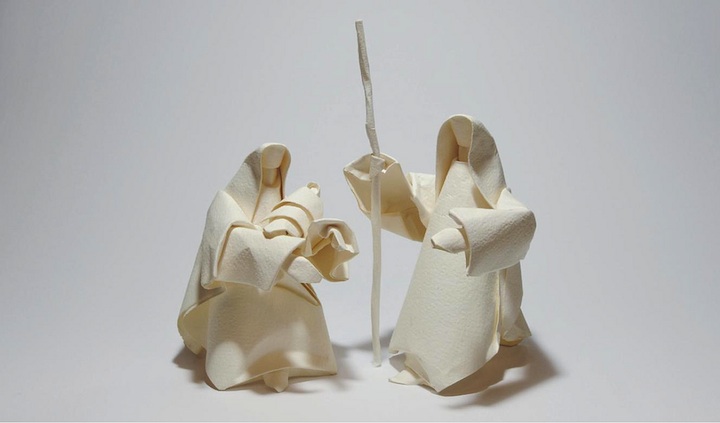 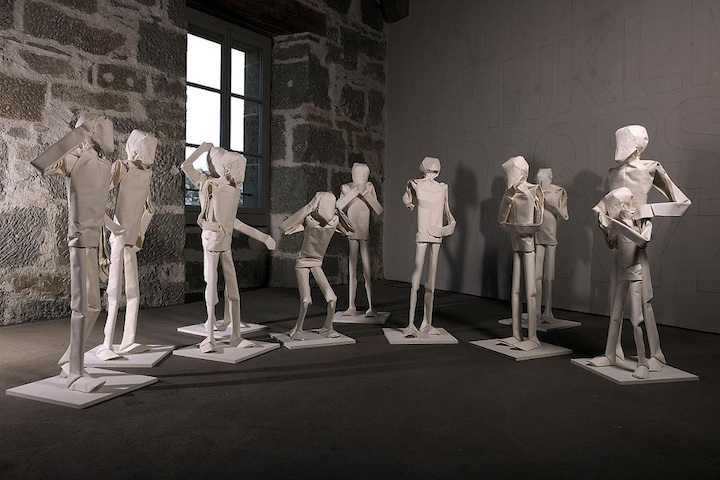 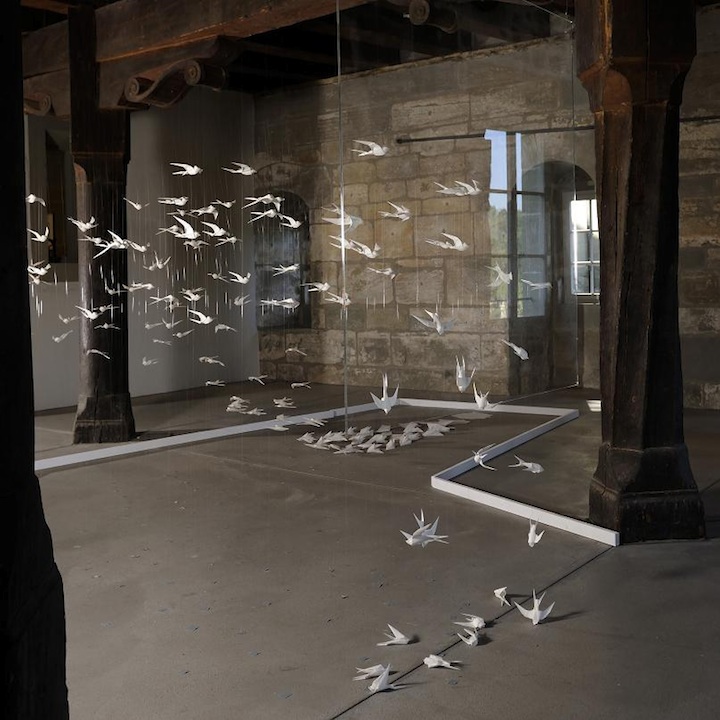 How did you learn to create such art? Are you completely self-taught?
When I started to design origami most of what I knew was through books and the internet. I never took a course or anything of that kind. Meanwhile, I've met many other origami designers from around the world and, by doing so, I've increased my arsenal of design strategies. Over the years, however, I've realized that I'm able to develop my own, original design strategies and approaches.

How do you decide on what to create next?
When I started doing original designs I often looked for challenging subjects like insects or things of that nature. Often these were creatures that have a large number of appendages…they're very complex and time consuming to fold. But nowadays I mostly look for subjects that can be used for installations or fit a concept that I want to depict. And then, of course, I also do commercial commissions. Lately, those have proven to be useful to push my designing skills in directions I would otherwise probably not have explored.

Is it true that a piece can take up to 20 hours to find and 6 months to design?
Yes, it is. 20 hours is the longest I took to fold a piece. It was a trilobite with all of its 32 legs and 8 antennae. But the designs I've been using for the installations don't take quite that long to fold. Their folding time ranges anywhere from around 1 to 3 hours. The design process, however, is a lot more time consuming. Although, at times, I might come up with an initial concept of how to fold something within a few minutes, it mostly takes me anywhere from around a week to half a year to finalize a design and I often keep refining those designs over the years.

Why does a lot of your work center around nature?
I've always had a great love for nature and a natural interest in animals. It's probably this fascination plus origami, even in its most traditional form, often represents animals and has a long history in doing so.

Finally, is there any personal stories you'd like to share with our readers?
When I was a kid, I always used to throw paper airplanes out of our kitchen window into our neighbor's garden but I couldn't pick them up because their garden wasn't accessible and, on top of that, they had this vicious dog. The landlord wrote letters to my parents saying that I should quit throwing those planes. The planes kept flying and the letters kept coming. I only quit throwing airplanes when the landlord threatened to kick us out of our apartment.

Thanks so much for the interview, Sipho. What wonderful and inspiring work!