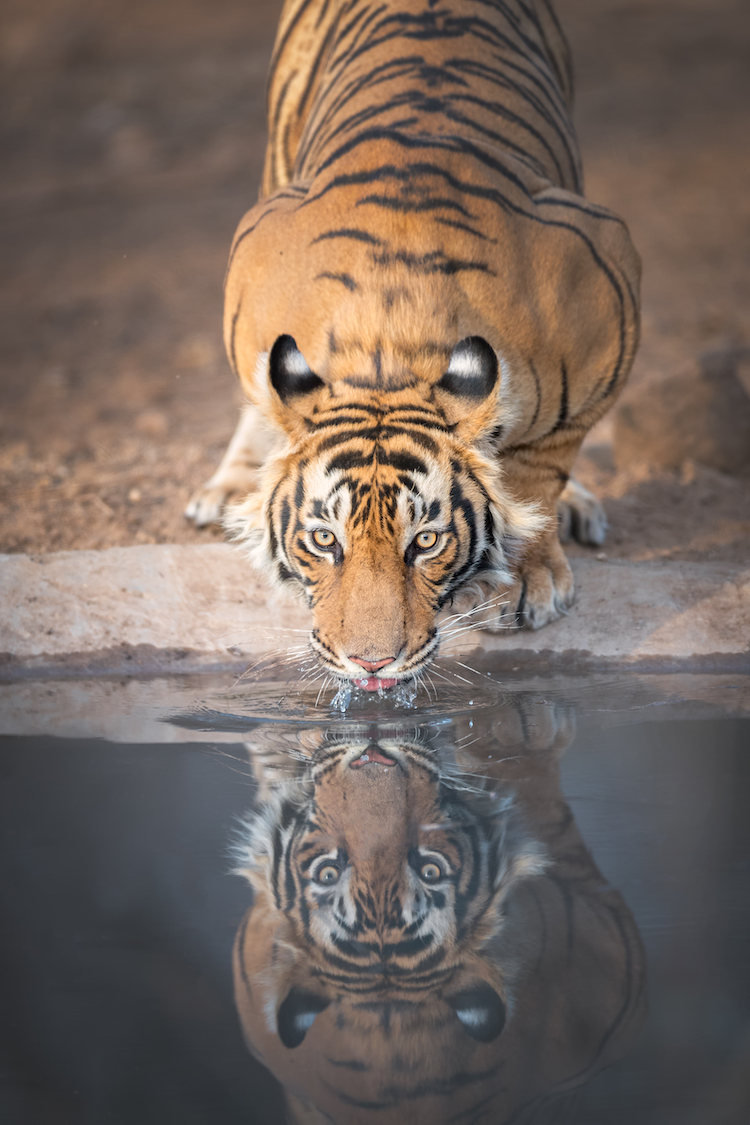 It can be tough out in the wild for many animals, so it's no surprise that a number of species use whatever they have at their disposal to help them survive. This includes different types of mimicry as a defensive strategy to keep them safe. While we often consider powerful animals like tigers to be at the top of the food chain, that doesn't mean that they too can't benefit from a little extra protection. In the case of tigers, as well as many different types of cats, mimicry takes the form of false eyes on their ears.

You may have noticed that tigers have prominent white markings on their ears. From certain angles, it may not look like anything special, but when seen from a particular direction they actually look like large eyes. Known as eyespots, this type of self-mimicry is actually fairly common—and isn't limited to cats. Butterflies and peacocks are some of the most well-known examples. 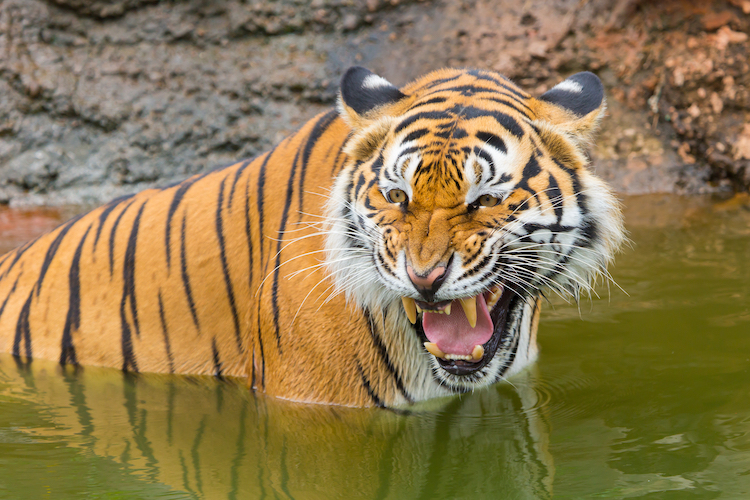 Scientists are divided on exactly how a tiger's eyespots function. After all, as an apex predator, what would they be used for? One theory is that the eyespots help protect tigers when they are drinking. As one of the few situations where the powerful cat is vulnerable, it's also when the markings are fully on display. When taking a drink, tigers typically have their ears pinned back and, as they're bending over, it appears that they have even larger eyes. This would scare any other animal who might think to take advantage of the situation—as they'd be tricked into thinking the tiger was on alert.

A second theory shuns the eyespots as a defense mechanism. Instead, there are those who believe that a tiger uses their eyespots as a form of aggressive communication. When tigers are threatened, they twist their ears to the front and display the white markings prominently. If the theory were true, it would mean that the eyespots serve as a warning.

Whatever the case, they remain an incredible example of how nature develops.