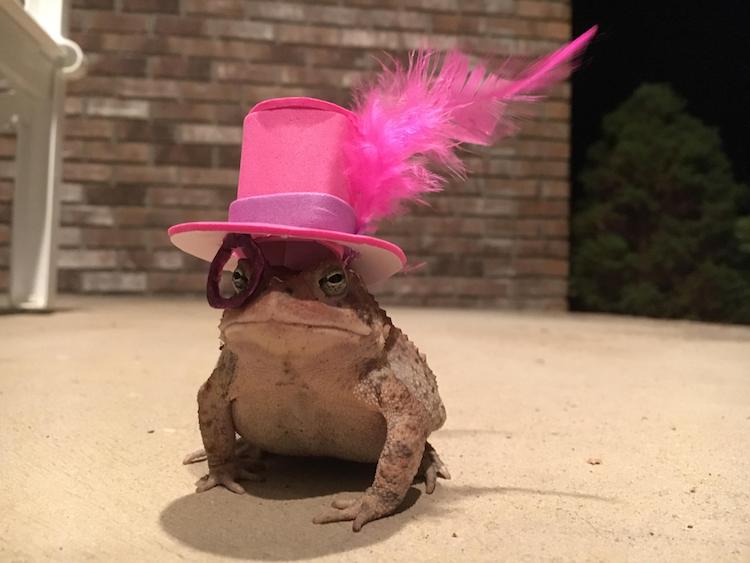 Chris Newsome never expected that he'd be a milliner of toad hats, but last year he found himself fashioning them for a little friend living under the porch of his home. After first noticing the creature one summer night, he didn’t think much of it. But once the toad came back again and again, Newsome logically concluded that he “needed a hat” and decided to “help the little guy out.”

Newsome documented his creative process on Imgur, including tips about materials he used. “Foam paper seemed like a toad-friendly material,” he explains. Using the lightweight substance and a little glue, Newsome produced a fabulous pink top hat. It was a perfect fit, but lacked a finishing touch. He then added a bright feather and monocle for the little creature.

While many would stop there (or never even start), Newsome kept with this unusual accessories line. He produced a baseball cap as well as a cowboy hat that's complete with a lasso. Every time, the amphibian friend was a good sport, rocking the creations with a fashionable aloofness. The same couldn’t be said, however, for Newsome’s dog named Daisy, who looked skeptical—at best—by his handiwork.

Chris Newsome found this little toad that visited his porch each night. 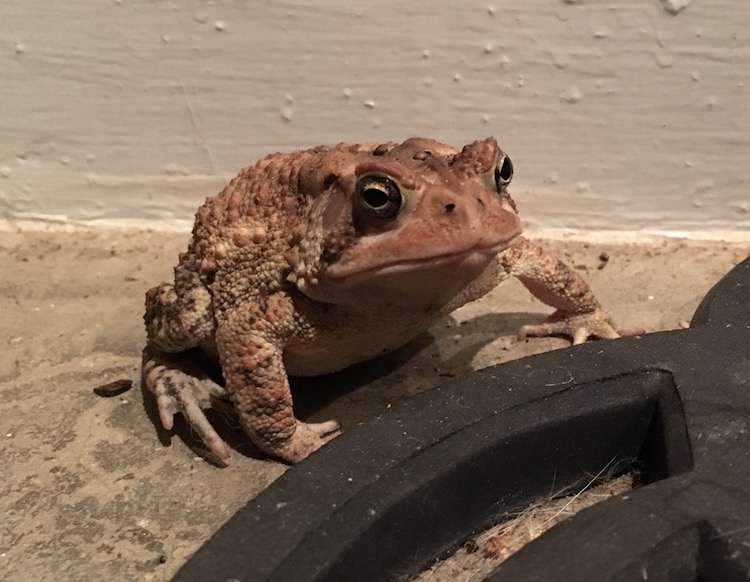 He logically concluded that the little guy “needed a hat,” so he crafted a series of fabulous toad hats for him. 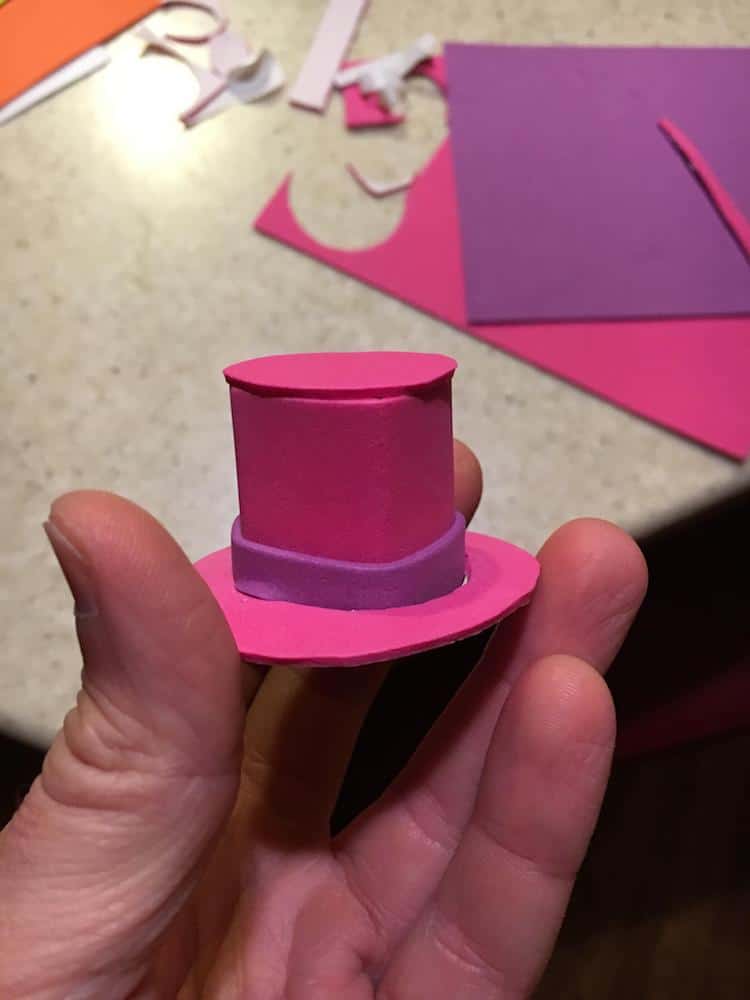 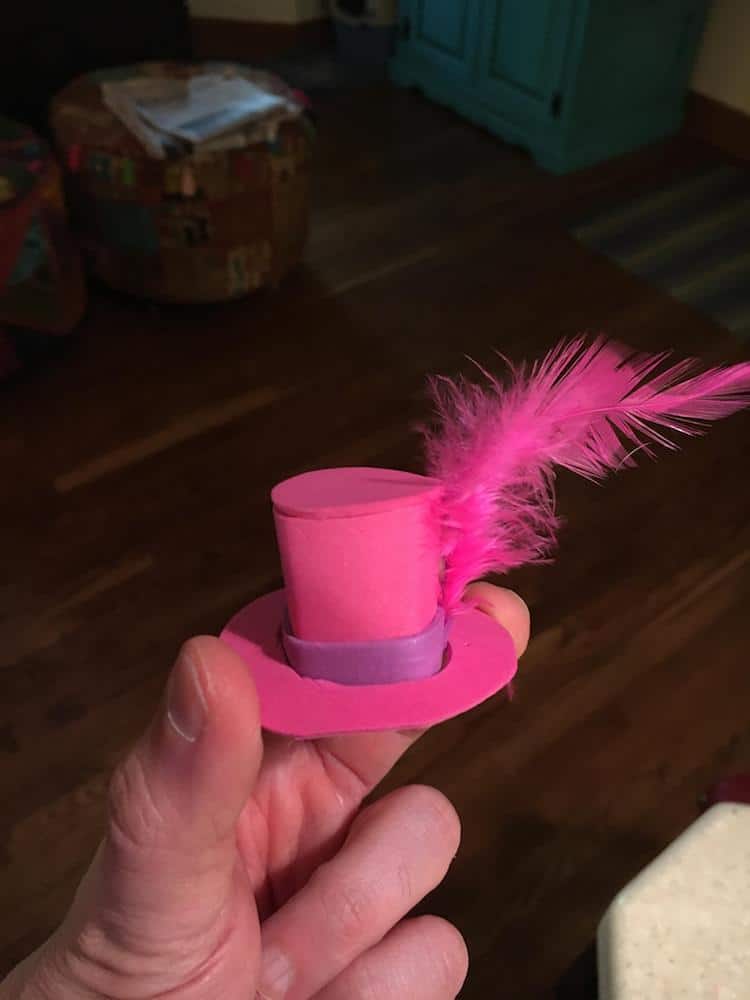 The amphibian was a good sport and rocked them all. 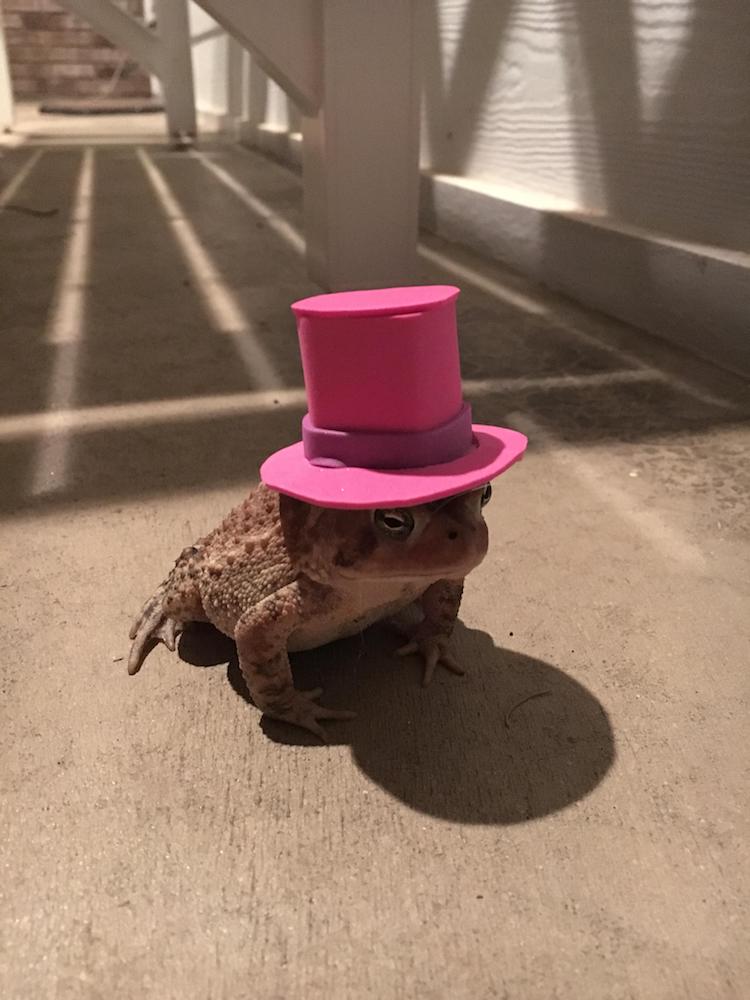 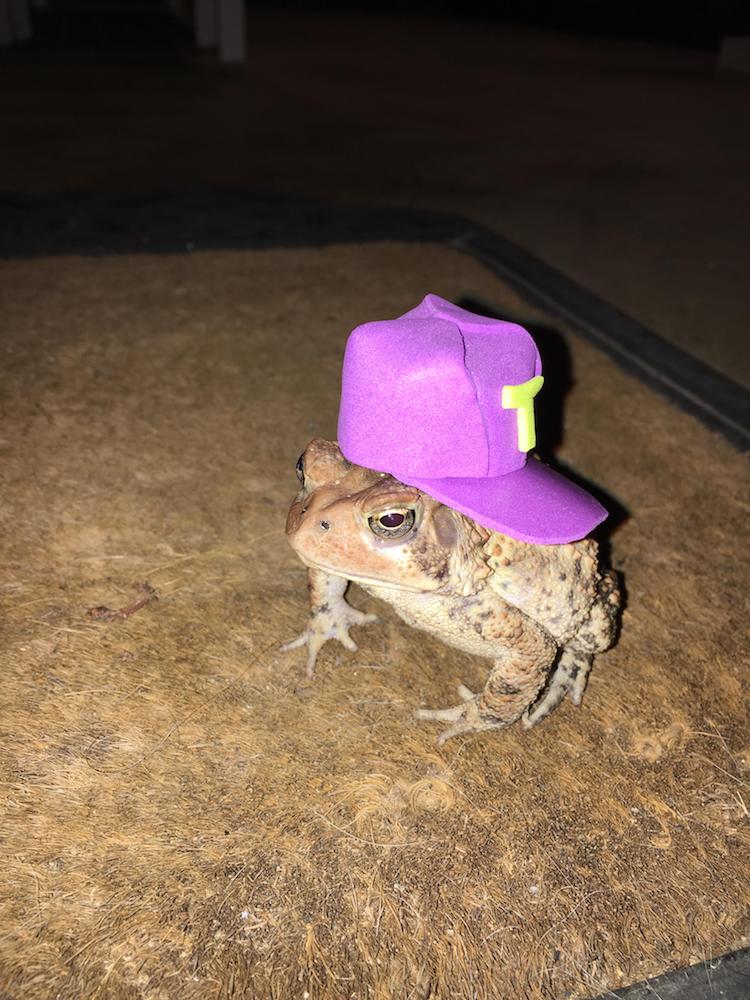 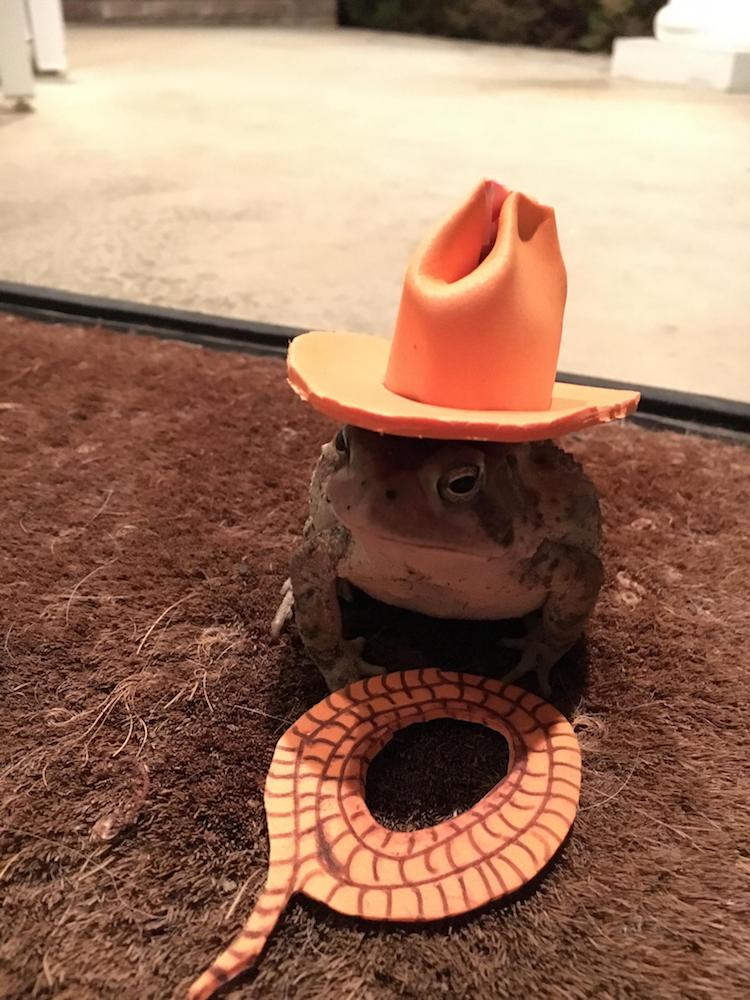 Newsome's dog, Daisy, was not as pleased with his handiwork. 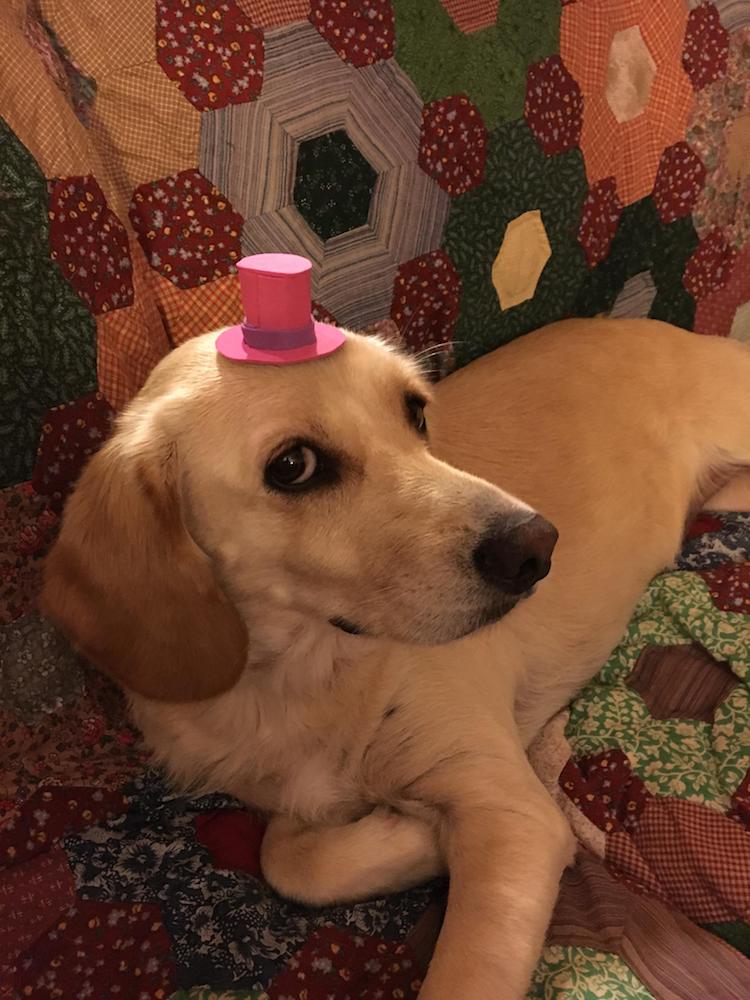 All images via Chris Newsome.