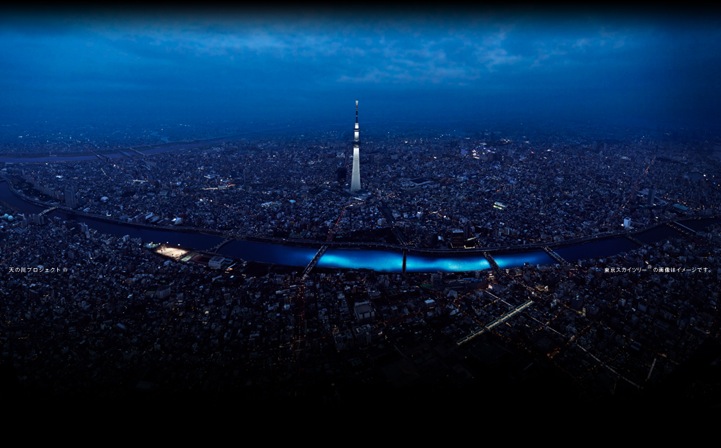 Tokyo Hotaru Festival 2012 took place recently, releasing 100,000 blue LED lights to float in the Sumida River. The bulbs rolled along the waves of the river bank, mimicking hotaru (the Japanese word for “fireflies”), for the festival that celebrates the Japanese tradition of watching fireflies float along a watercourse. The spectacular event lit up the waterway with a sparkling sapphire radiance against the night sky.

The solar-powered LED balls, known as prayer stars, were designed to illuminate when they came in contact with water and were provided by Panasonic, one of the event's sponsors. At the close of the festival, the bulbs were gathered by giants nets and removed from the stream. 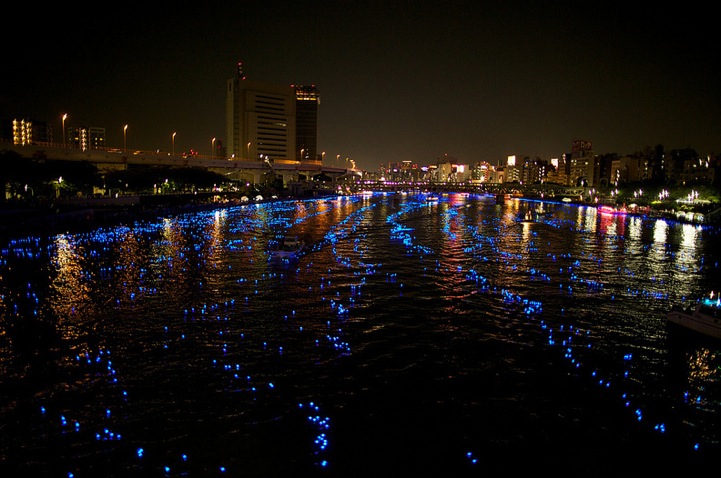 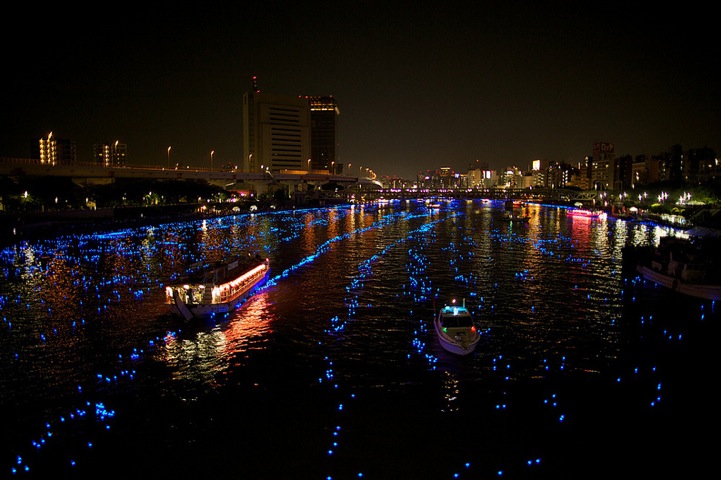 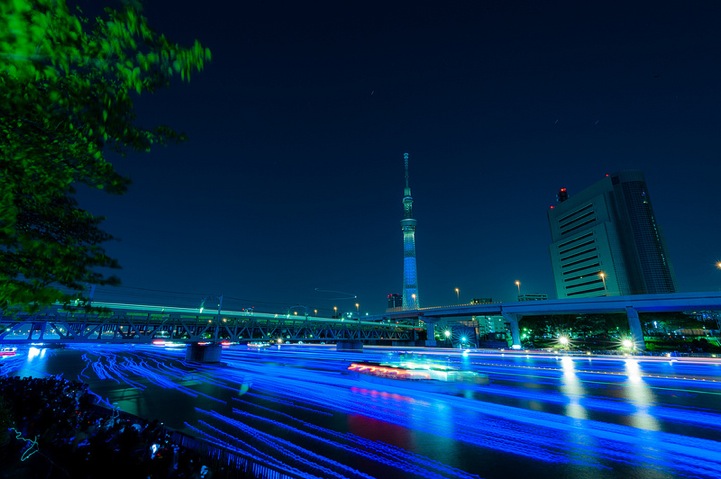 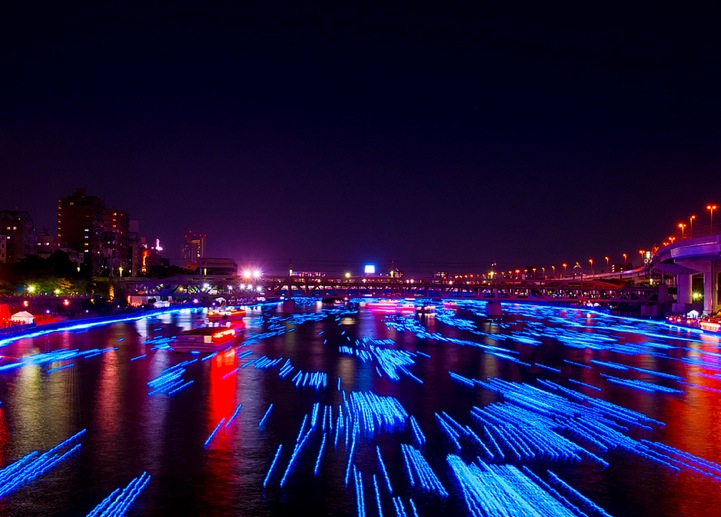 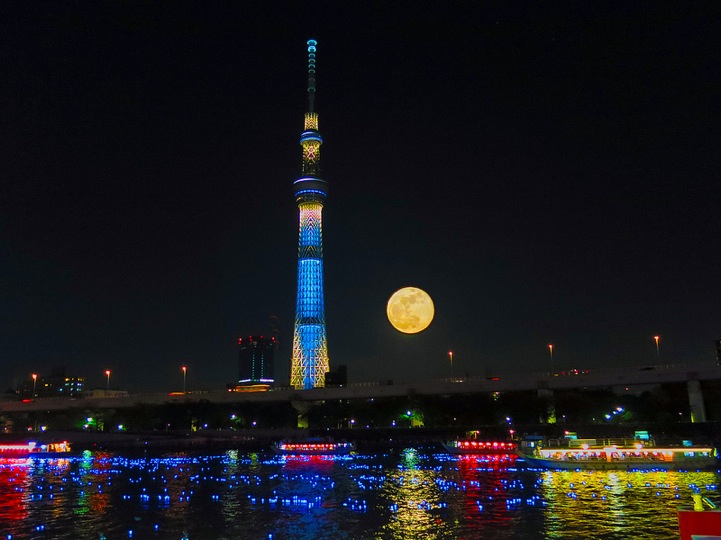 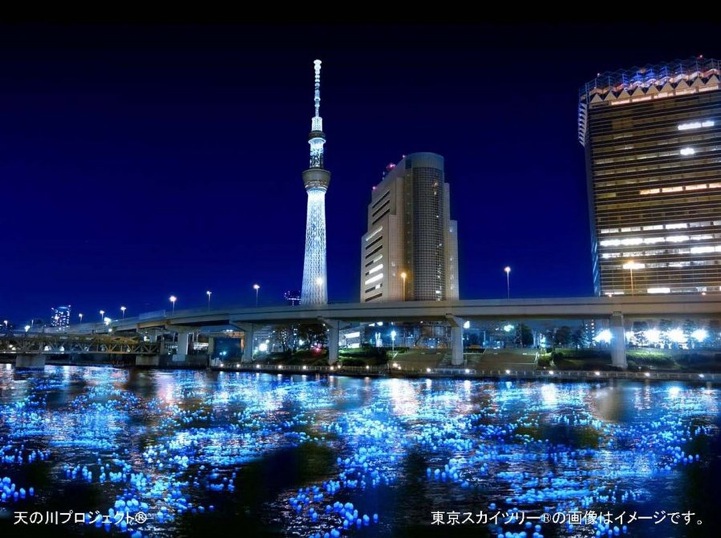 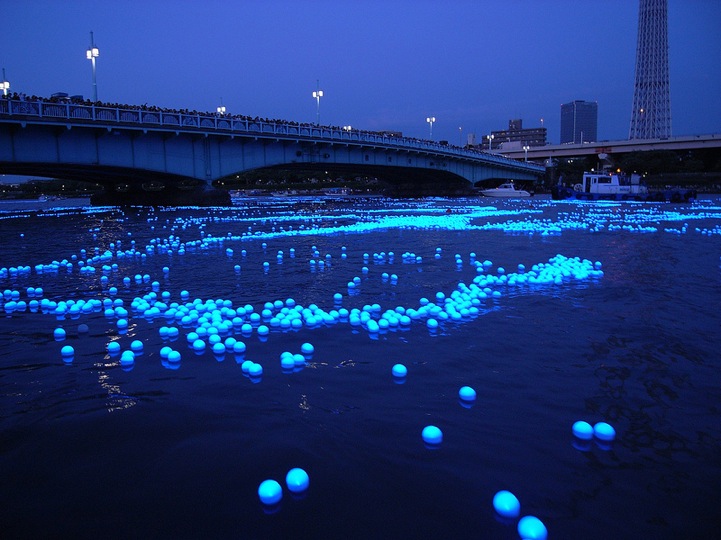 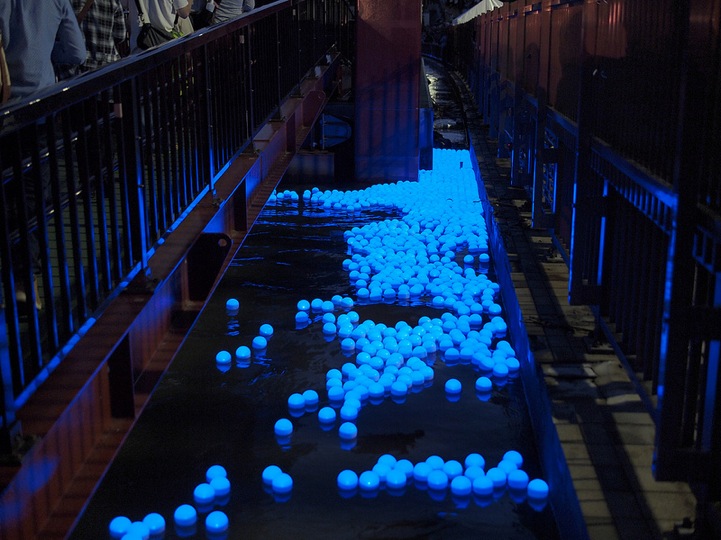 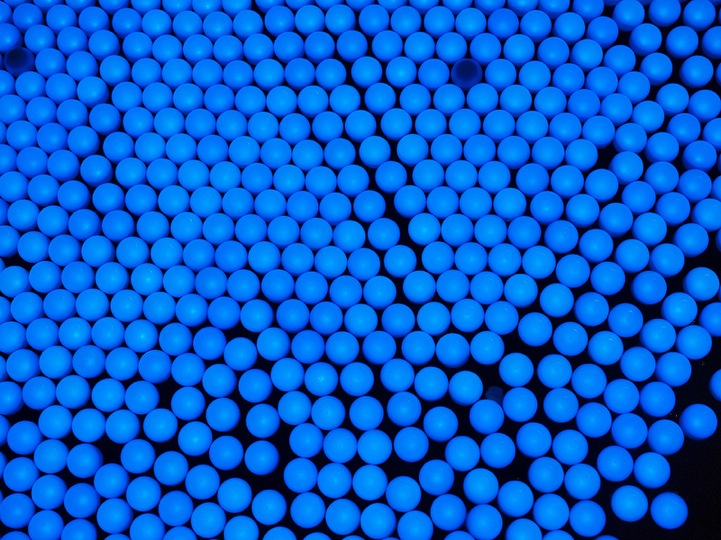