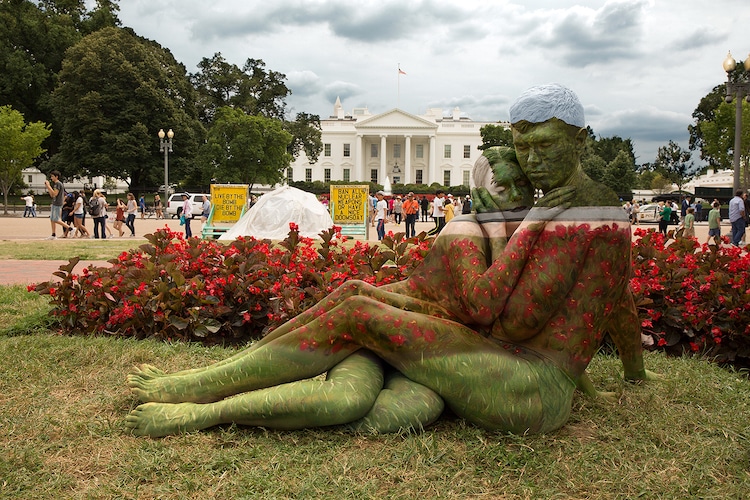 Body paint artist Trina Merry constantly wows us with her work, which manages to flawlessly camouflage her models. In her series Sweet Land of Liberty, Merry poses her subjects in front of iconic patriotic landmarks. From the White House to the Freedom Tower, these historic pieces of architecture become the backdrops for mind blowing art.

Jessica Mellow provides the human canvas for body painting in front of the White House. Hand over heart, she pledges allegiance, asking Americans to think about what they have to be grateful for. Typically, Merry asks models to present several different pose options, allowing them to participate in the final product. In some situations, that pose can have a special significance. Such was the case for her work in front of the Lincoln Memorial. “In this case my hip and gorgeous African American model is reaching out a hand to help my Caucasian model up in front of the Lincoln Memorial on Obama's birthday,” the artist explains. “I'd say heavy significance.”

And sometimes, unexpected fun occurs before the final picture is snapped. In this case, a shocked Ben Franklin ambled up to the model outside of Independence Hall in Philadelphia. In the end, how does Merry want spectators to interpret her body painting? “I want to people to make their own sort of ideas and judgements about my work, but often it has to do with body acceptance,” she shares with Time Out New York. “I hope that people have some conversations about the body when they look at my work. I think it’s supposed to be read that way. Maybe it will give them some courage to accept their own bodies.” Hear the artist discuss her work further in the video below. 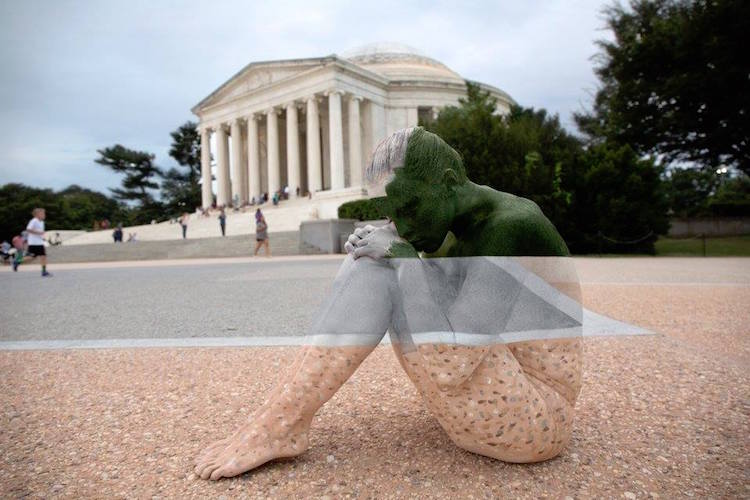 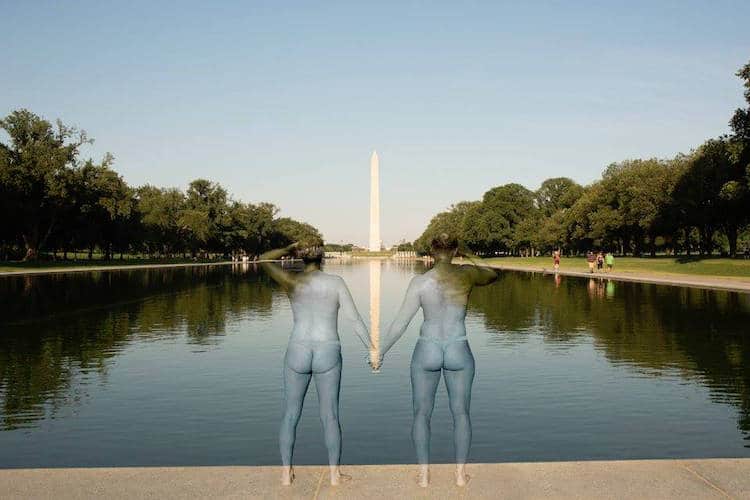 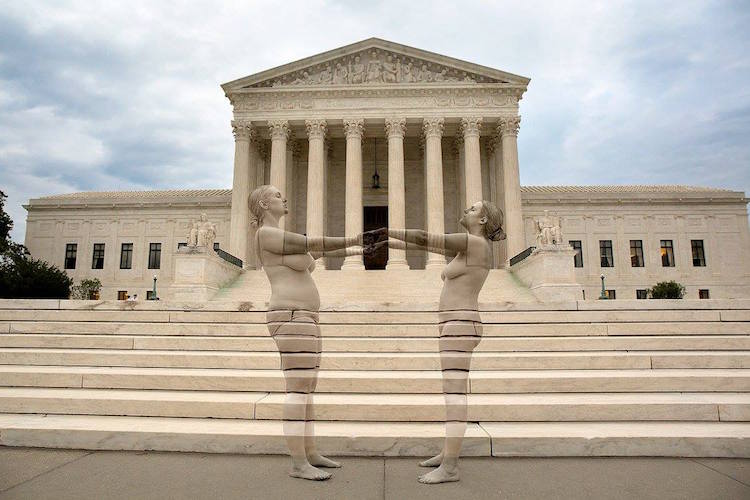 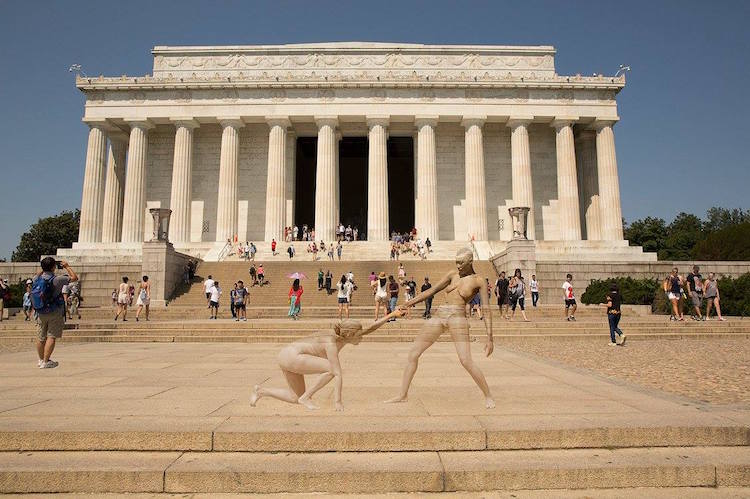 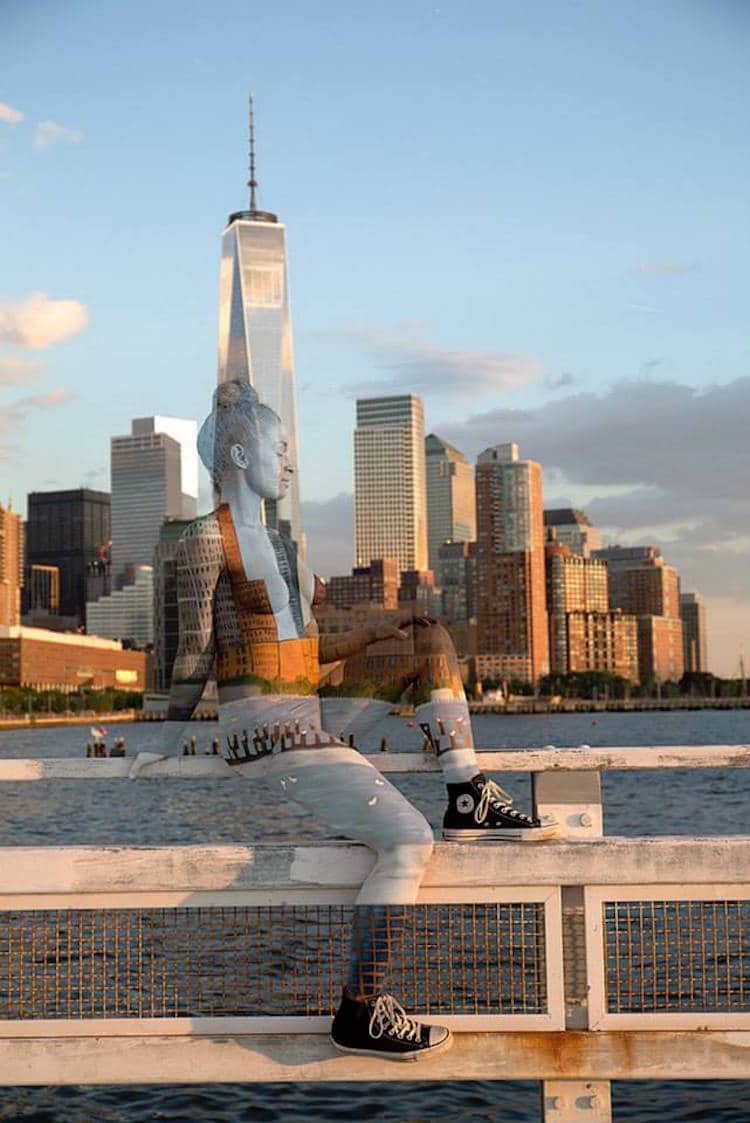 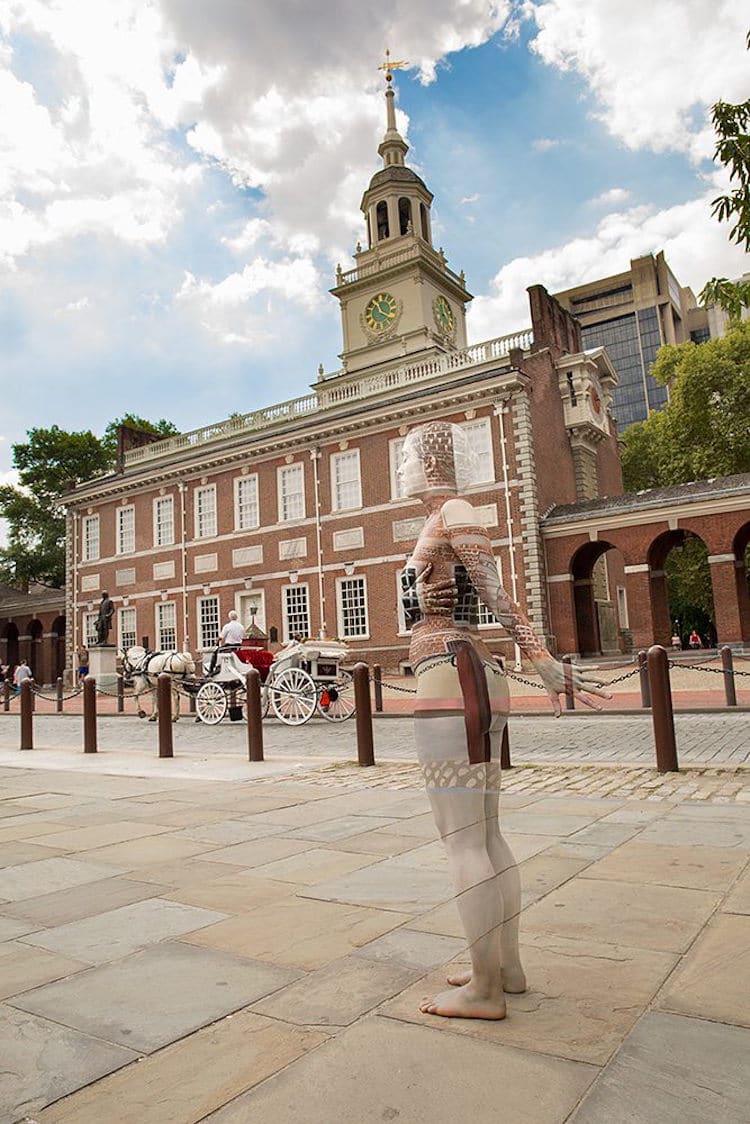 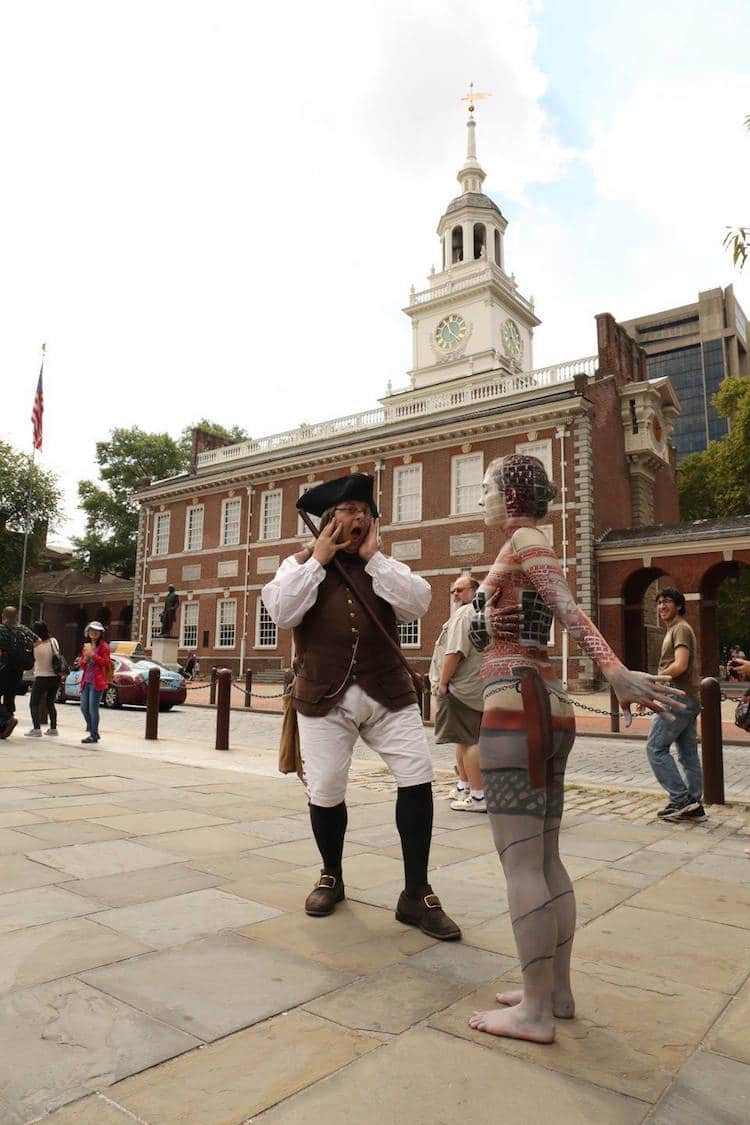 All images via Trina Merry.