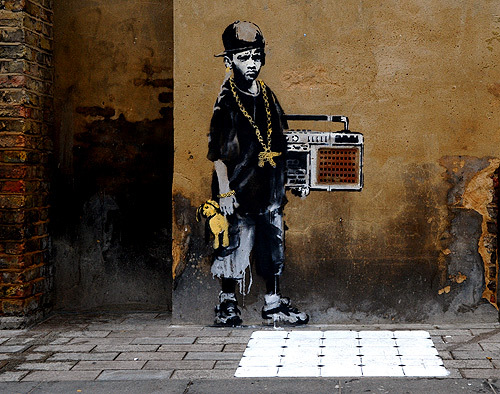 News broke on March 1st that our favorite graffiti artist is at it again! It's Banksy's first work we've seen since October 2008 when he surprised New Yorkers with a wild and wacky pop-up store called The Village Pet Store and Charcoal Grill. This time his work has been spotted in London. The first piece, in Gillett Square, Dalston, is of a child that is dressed up in urban clothing carrying a boombox and a teddy bear. Look closely and you'll notice that he's using an air vent in the wall to represent a stereo speaker and that he's drawn in a breakdancing dance mat on the floor. You have to wonder what Banksy was thinking about, perhaps how hip-hop society is negatively influencing our youth. The second (Last Graffiti Before Motorway) is placed on the central reservation where the A1 heads North in London just before it hits the M1. 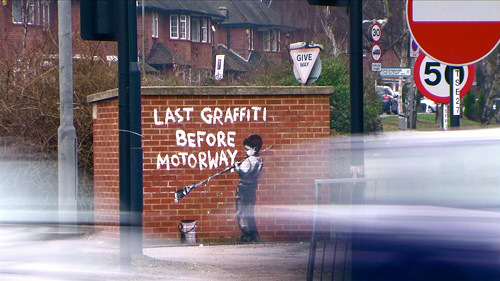 All Photos by Romanywg More pics of Banksy in Dalston and Last Graffiti Before Motorway on Flickr Source: Sky News