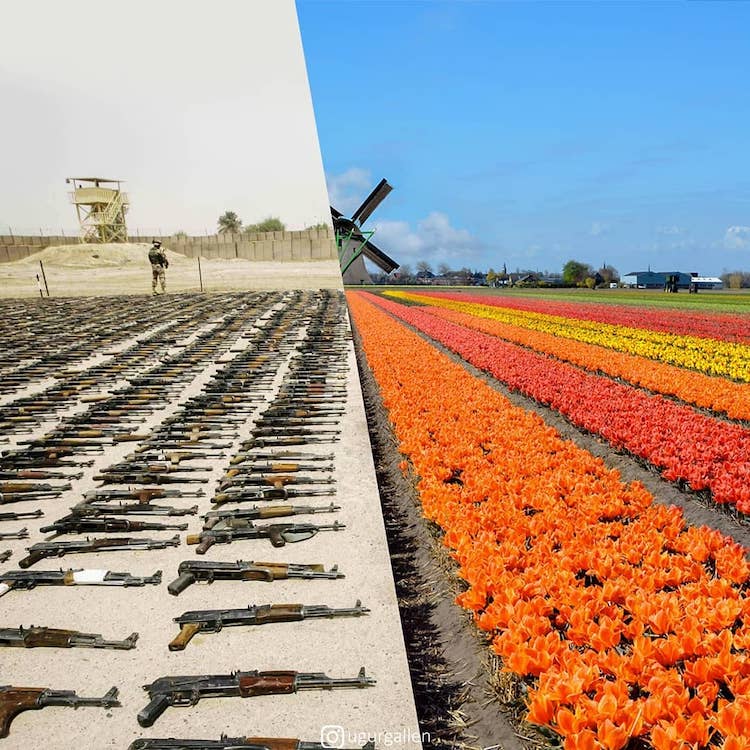 Istanbul-based artist Uğur Gallenkuş creates digital photo collages as a way to encourage social change in our often volatile world. Last year, he began placing side-by-side photographs depicting the relative safety and luxury of Western culture with the war-torn Middle East. The differences are as striking as they are heartbreaking. In his ongoing series, the West is shown as a place of consumerism and excess while people in countries like Syria are facing grave destruction and ultimately fighting to stay alive.

Gallenkuş believes that art transcends all languages. We can look at one of his images—such as Holland’s colorful field of tulips juxtaposed with rows of guns in the Middle East—and instantly understand that while one population can appreciate nature’s beauty, the other fears extreme violence in their lives. These digital collages can be hard to view, but they achieve the overall goal of Gallenkuş’ work—to raise awareness and awaken us to the injustices taking place near and far. 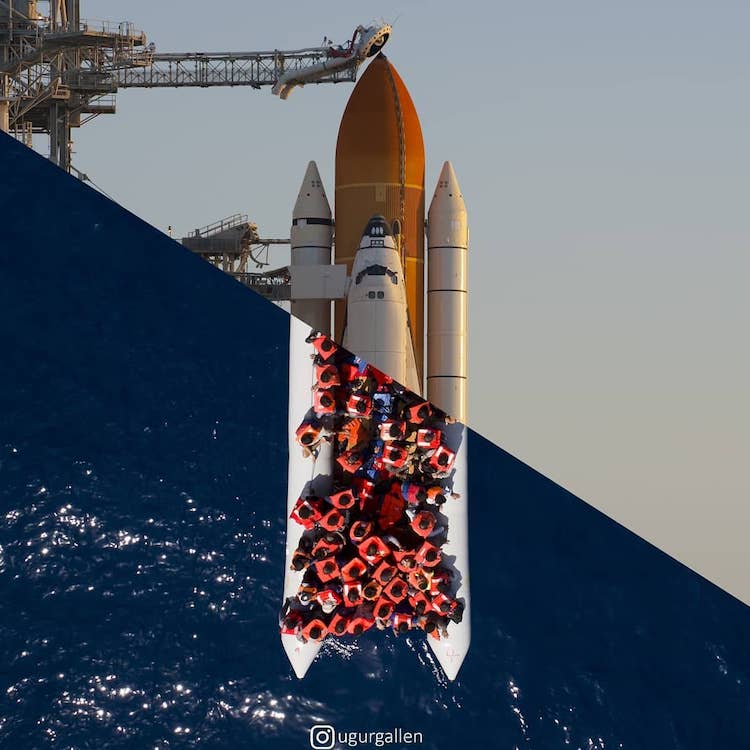 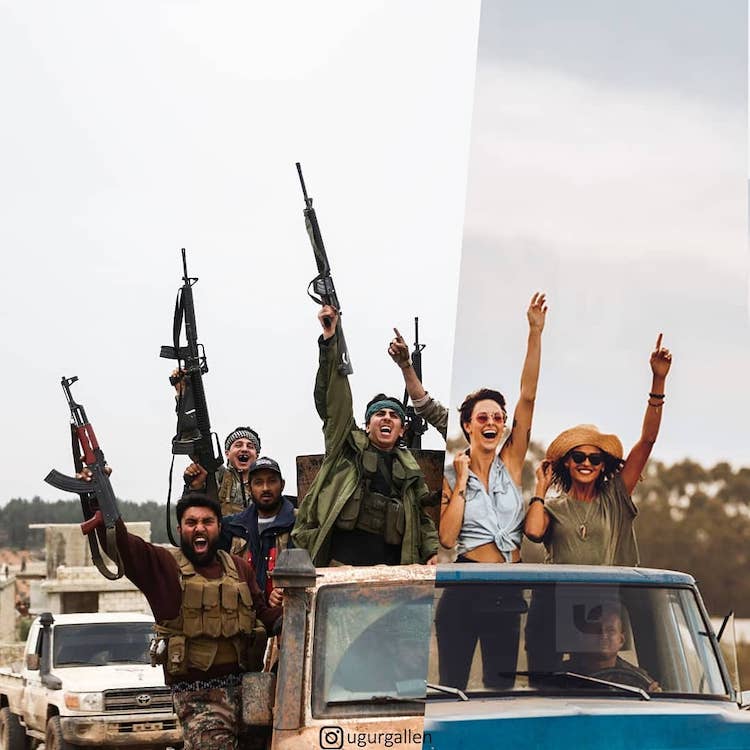 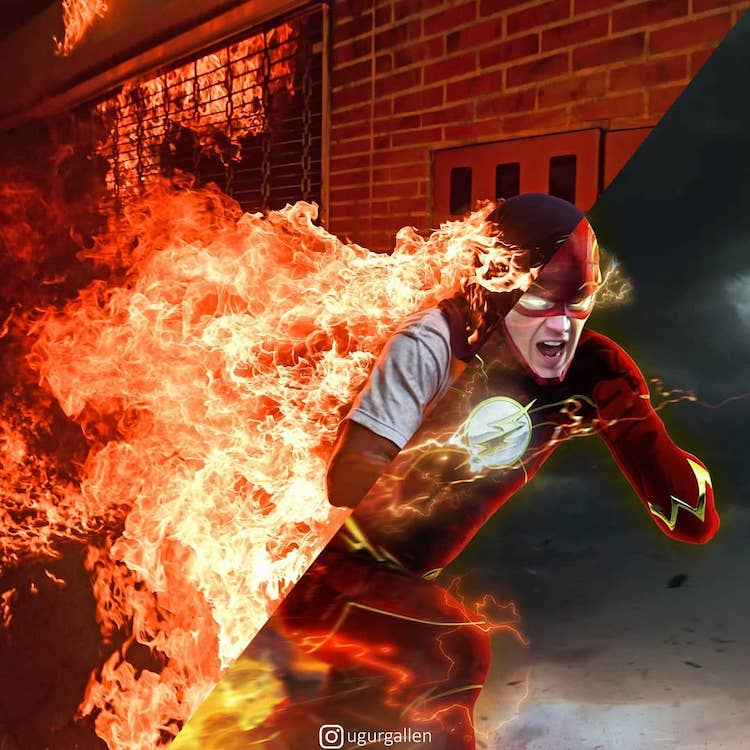 The ongoing series depicts how the West enjoys life’s luxuries while the other part of the world faces extreme violence and destruction. 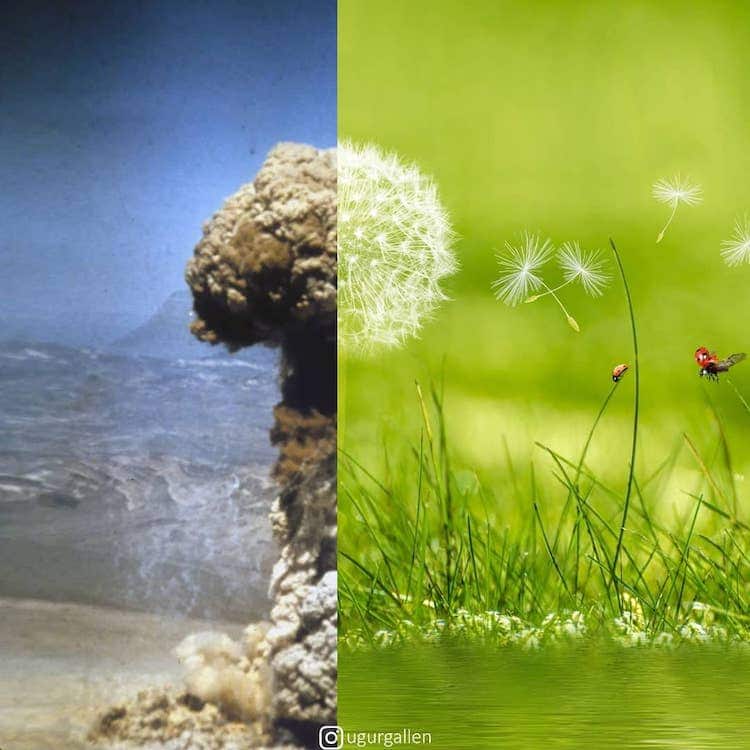 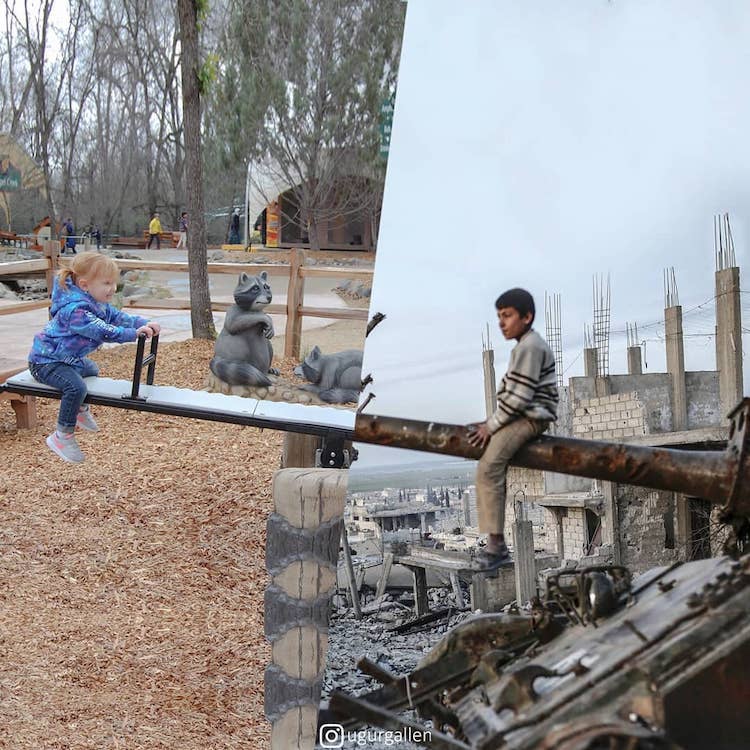 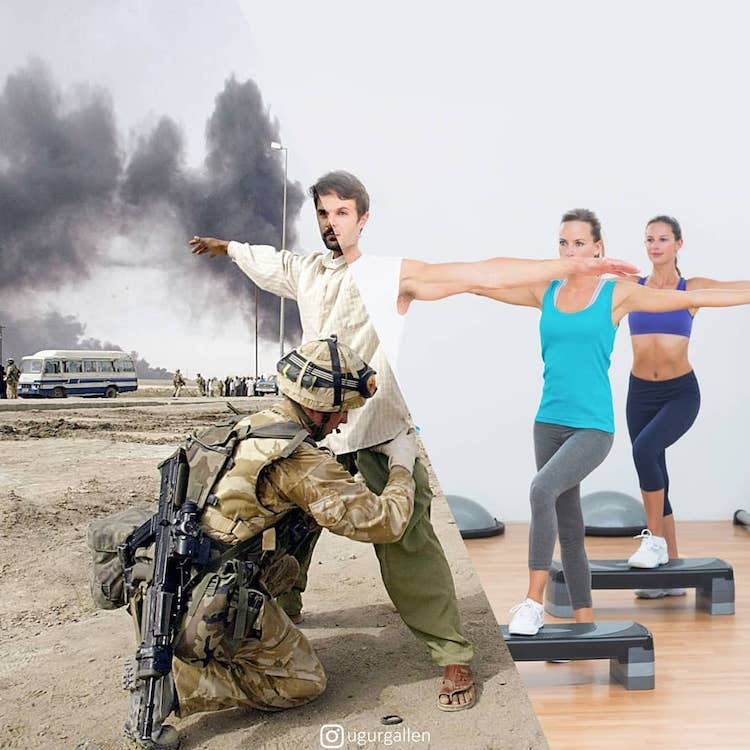 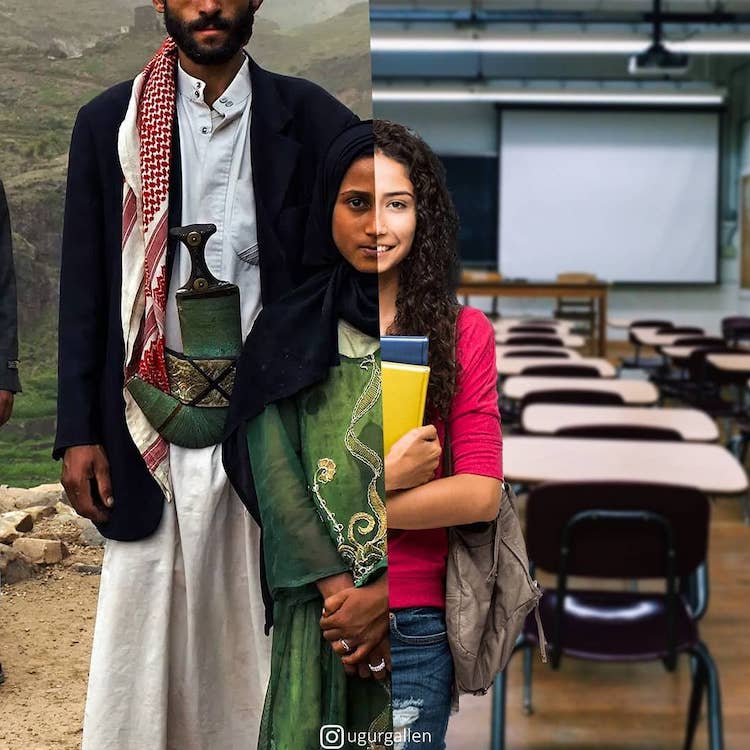 Each digital collage is a wakeup call, urging people to be aware of the duality of the world we all live in. 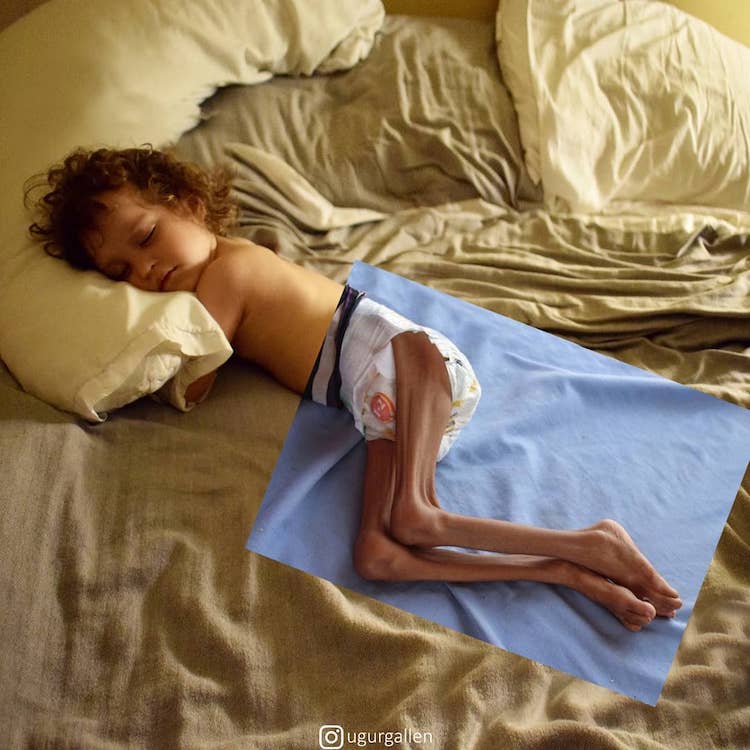 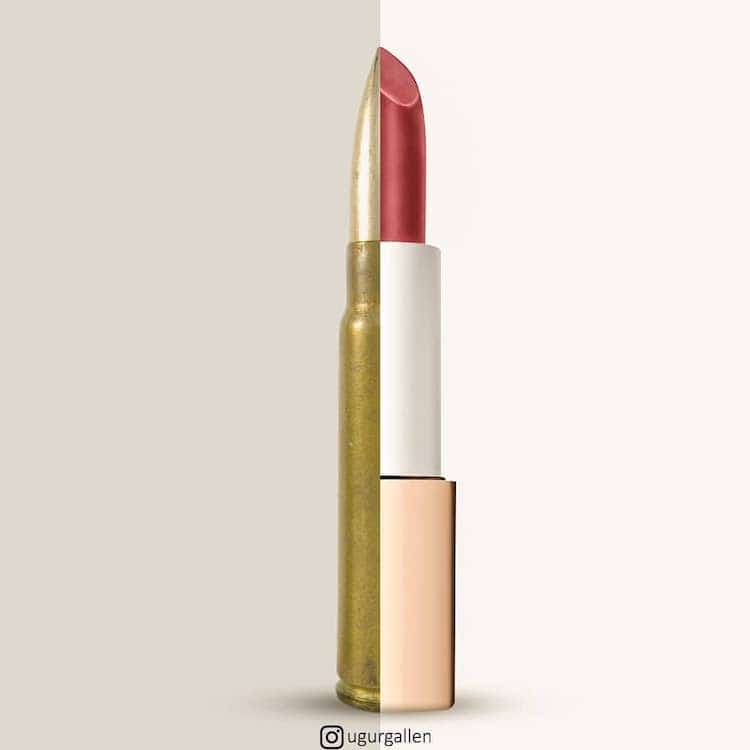 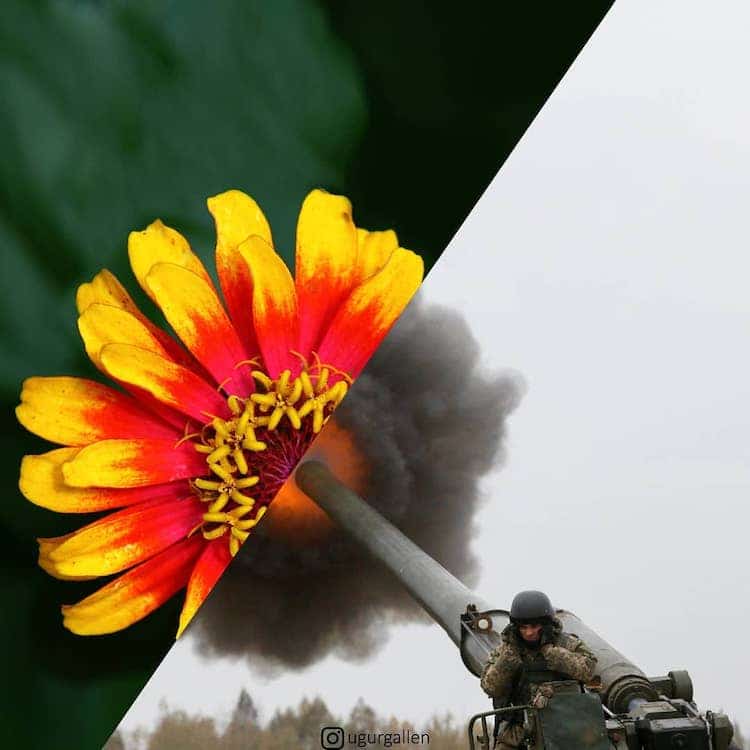 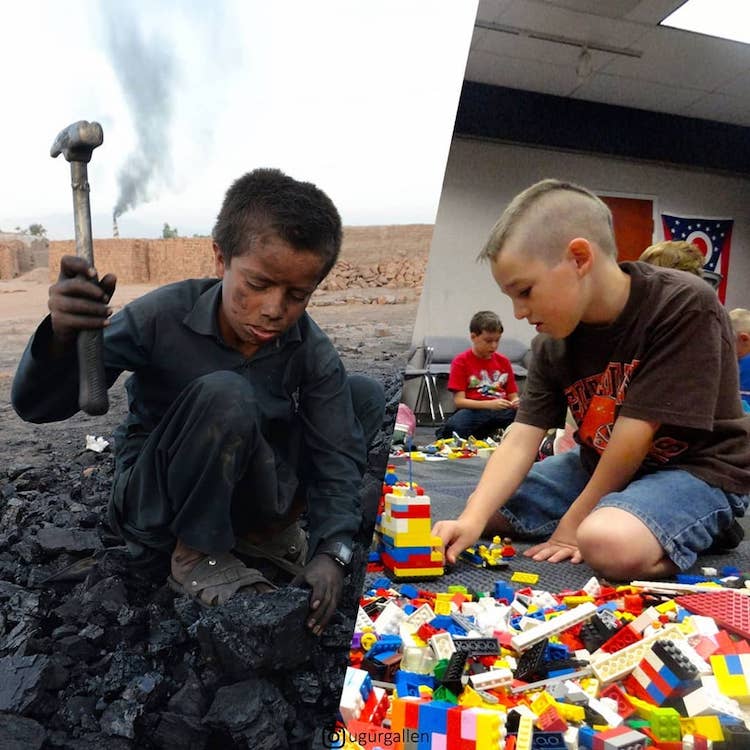 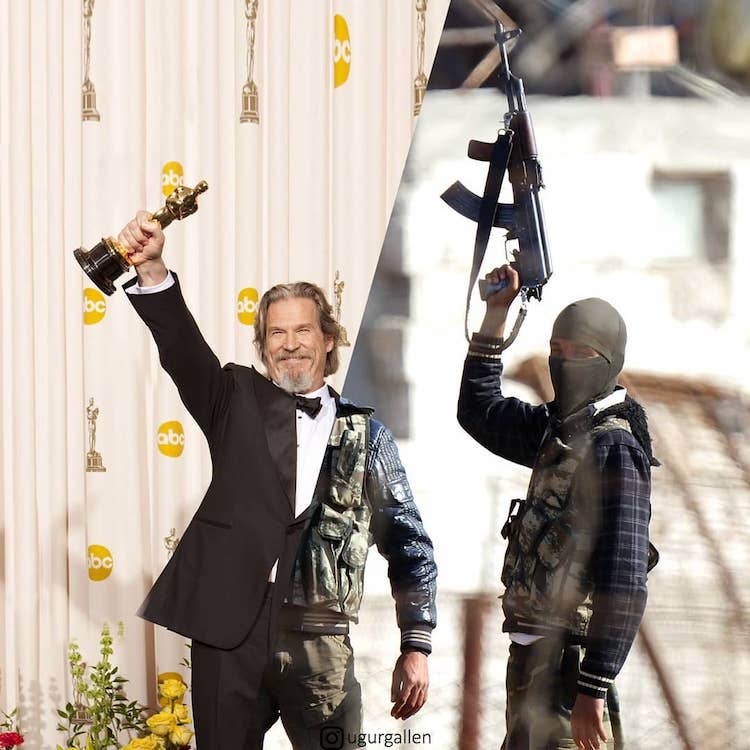 In addition to still images, Gallenkuş has recently started experimenting with videos:

All images via Uğur Gallenkuş.

How do these collages make you feel?