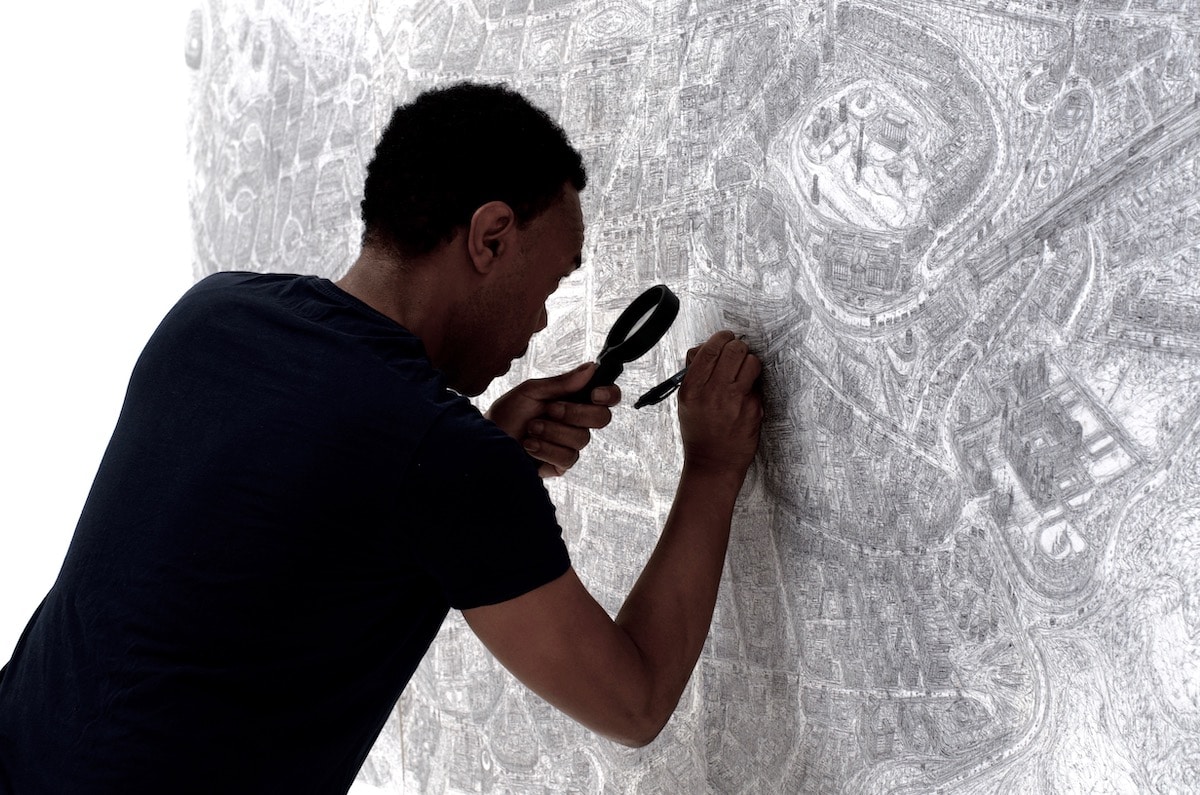 Since 2016, self-taught artist Carl Lavia and photographer Lorna Le Bredonchel have been crisscrossing the UK as part of their #69cities project. Uniting their skills, they are celebrating their country with Lavia creating large-scale pen drawings of every city in the UK while Le Bredonchel photographs the entire creative process. As each map takes several months to complete, theirs is an ambitious project that shows no signs of slowing down.

Through these individual portraits of 69 cities, the duo hopes to paint an overall picture of the UK and pay homage to its rich urban history. As each map is completed, it goes on exhibit in its respective city, with an idea to do a traveling tour once the project is finished. Thus far, Lavia and Le Bredonchel have completed Manchester, Birmingham, Stirling, Dundee, and Perth—their latest map. The Perth map is on display at the Perth Museum and Art Gallery from January 29, 2019 until the end of October, when it will then move to the AK Bell Library through the end of the year.

Working collaboratively, Lavia and Le Bredonchel have been able to share this adventure, each taking new things away from the project. For Lavia, one of the most satisfying parts of the collaboration is how it's changed his art dialogues with the public. “Long before Lorna and I envisaged the idea of attempting existing cites I was mostly sketching fictional places, this was a solo passion, so to now witness people's reactions to the places they know and love is really incredible,” the self-taught artist shares with My Modern Met. 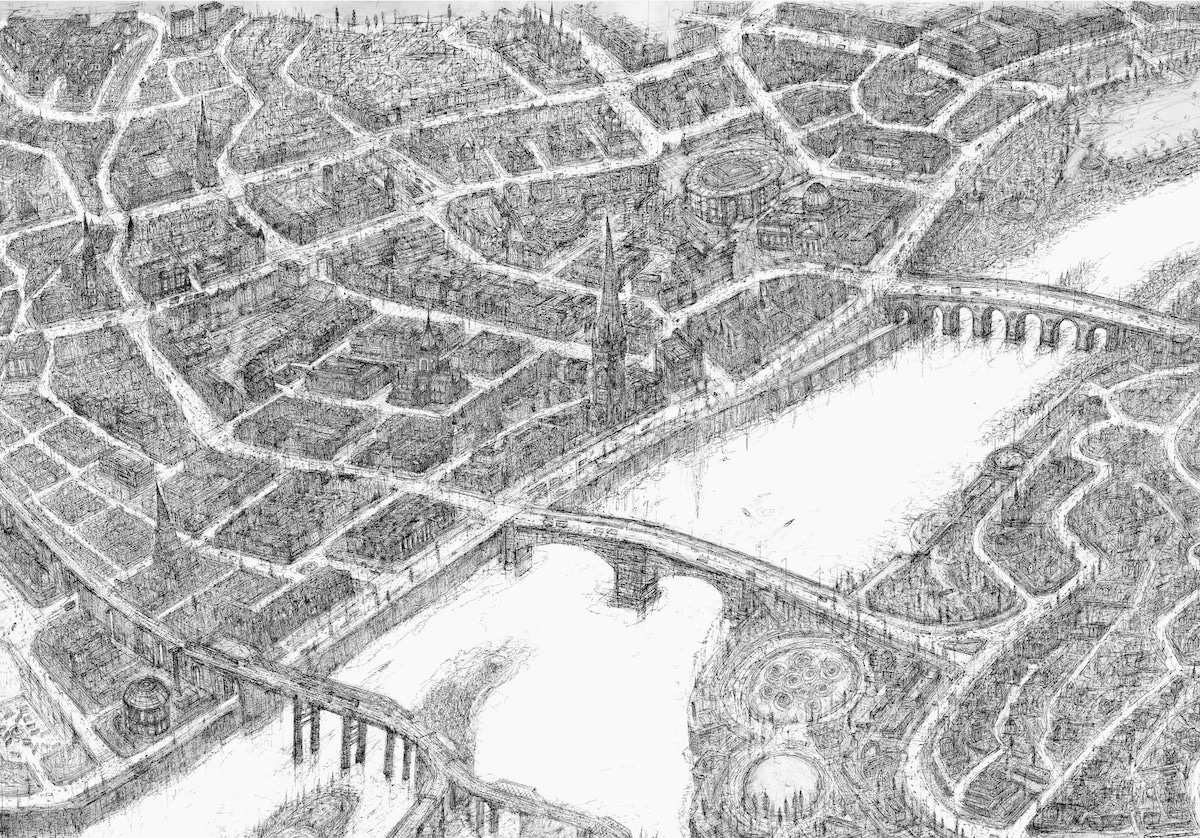 While Le Bredonchel documents the creative process, she is also highly involved in ways that go beyond photography, even assisting with the initial sketching. “I am the disciplinarian, the one hovering over Carl's shoulder with a pencil, rubber, and a ruler, making subtle adjustments—though, Edgar Allan Poe's words are always ringing in my ears ‘there is no exquisite beauty, without some strangeness in the proportion,' ” she shares. “Therefore, I am always conscious of toggling between assisting Carl in retaining clear structure and allowing for the chaotic emotional fingerprint, the artistic ‘drawing outside the lines.' ”

Working together has been challenging and rewarding for both parties, and together they've been able to achieve something monumental that may not have been possible on their own. “Two minds approaching the same thing is interesting, the project benefits because it is molded by two differing energies and rhythms,” Lavia confesses. “My sketching is affected not only by Lorna's suggestions and presence but Lorna makes subtle pencil marks on the paper—I am obviously territorial, but her input is invaluable. I affectionally joke that we have become a two-headed monster!”

As they continue to work together on #69cities, Lavia and Le Bredonchel are producing an invaluable document that speaks to the current state of the UK's cities. Immortalized on paper, these maps will allow future generations to see how their communities have shifted—or remained the same. 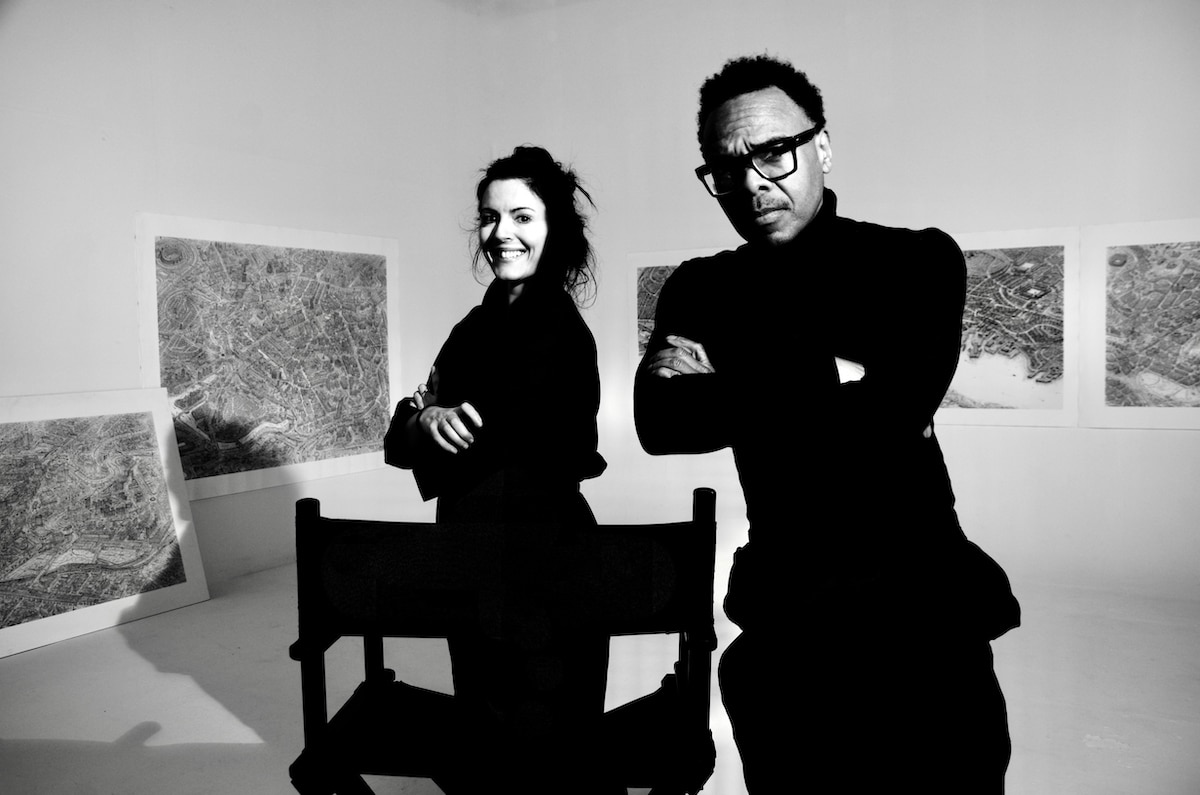 #69cities is an ambitious project to create incredibly detailed large-scale maps of cities in the UK. 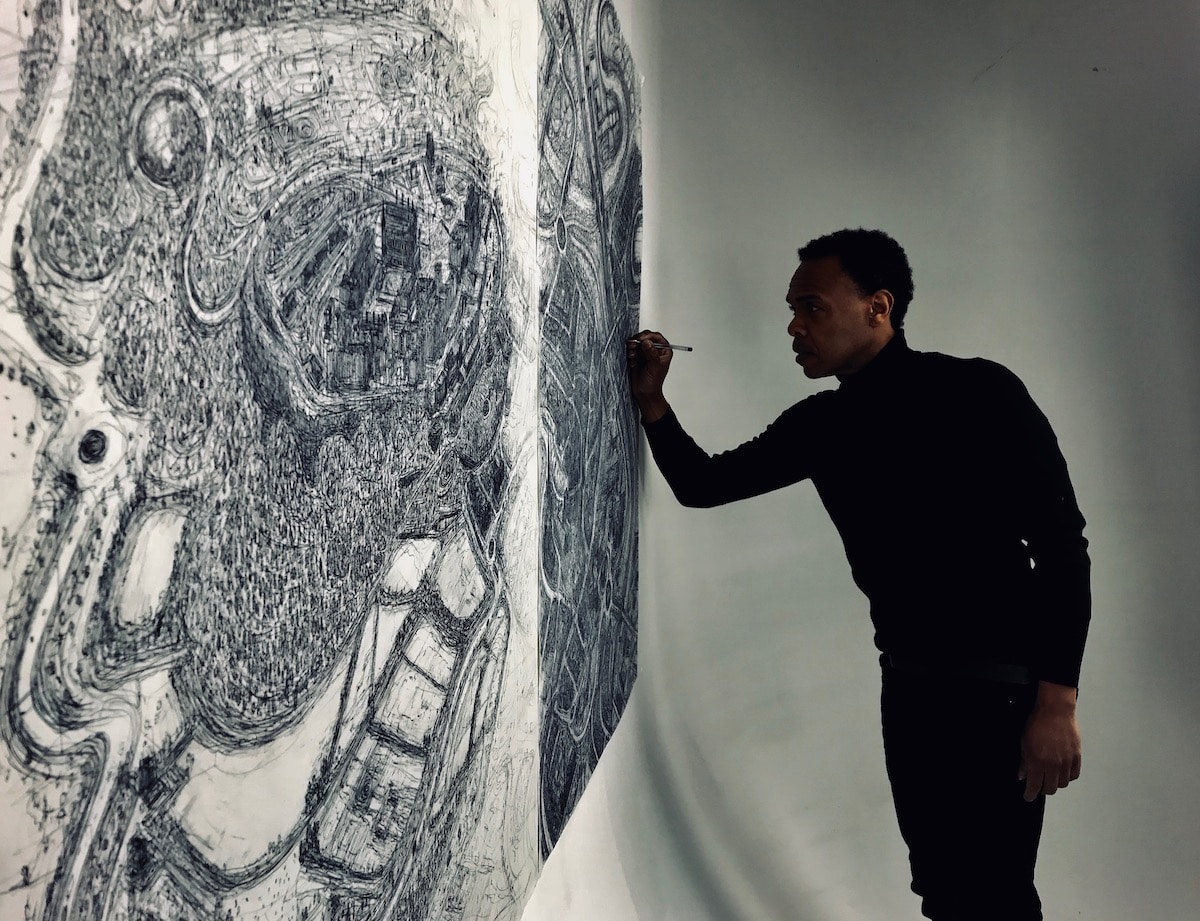 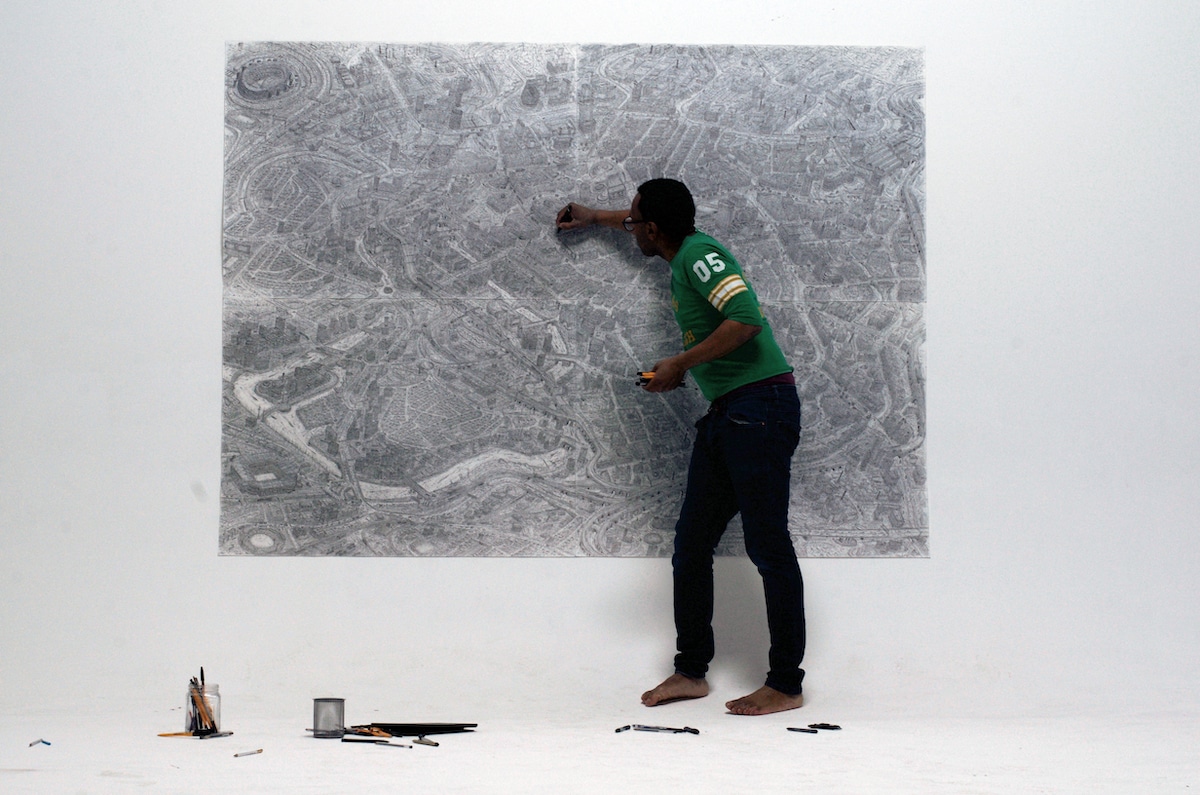 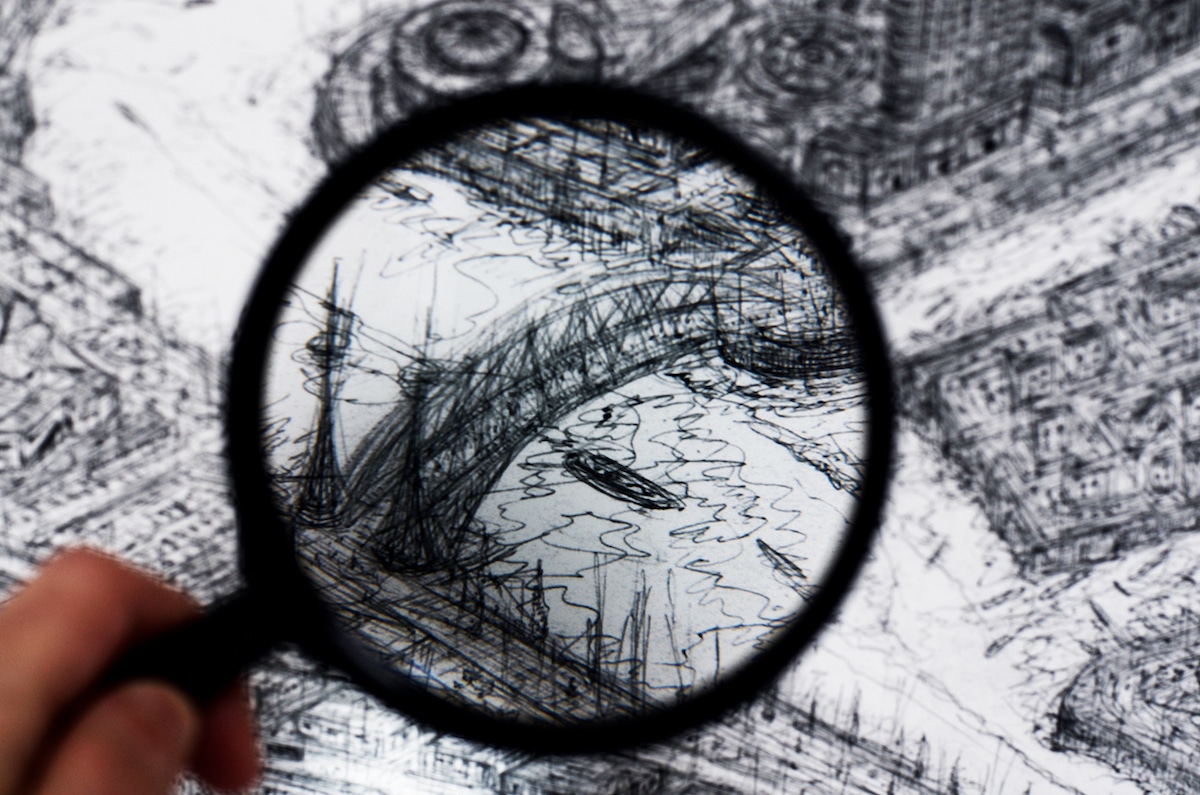 Each map takes between two to four months to complete and is then displayed in its respective city. 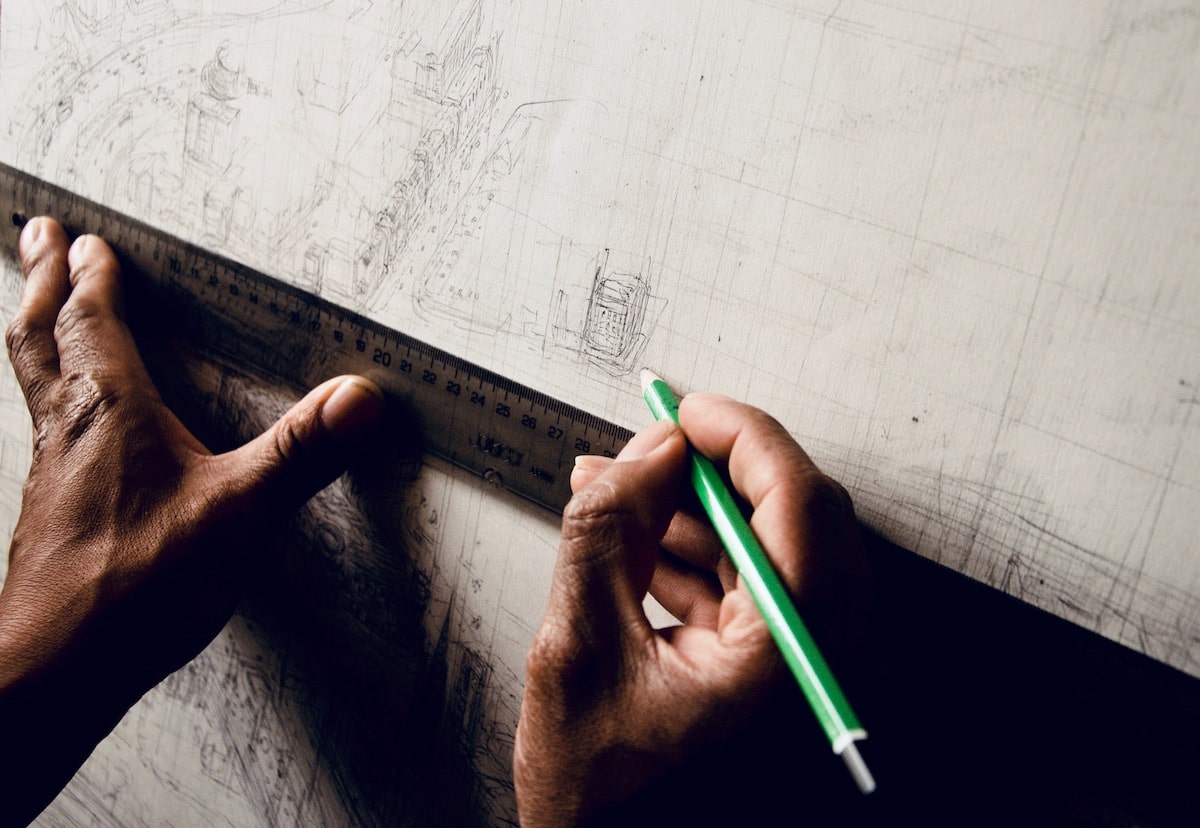 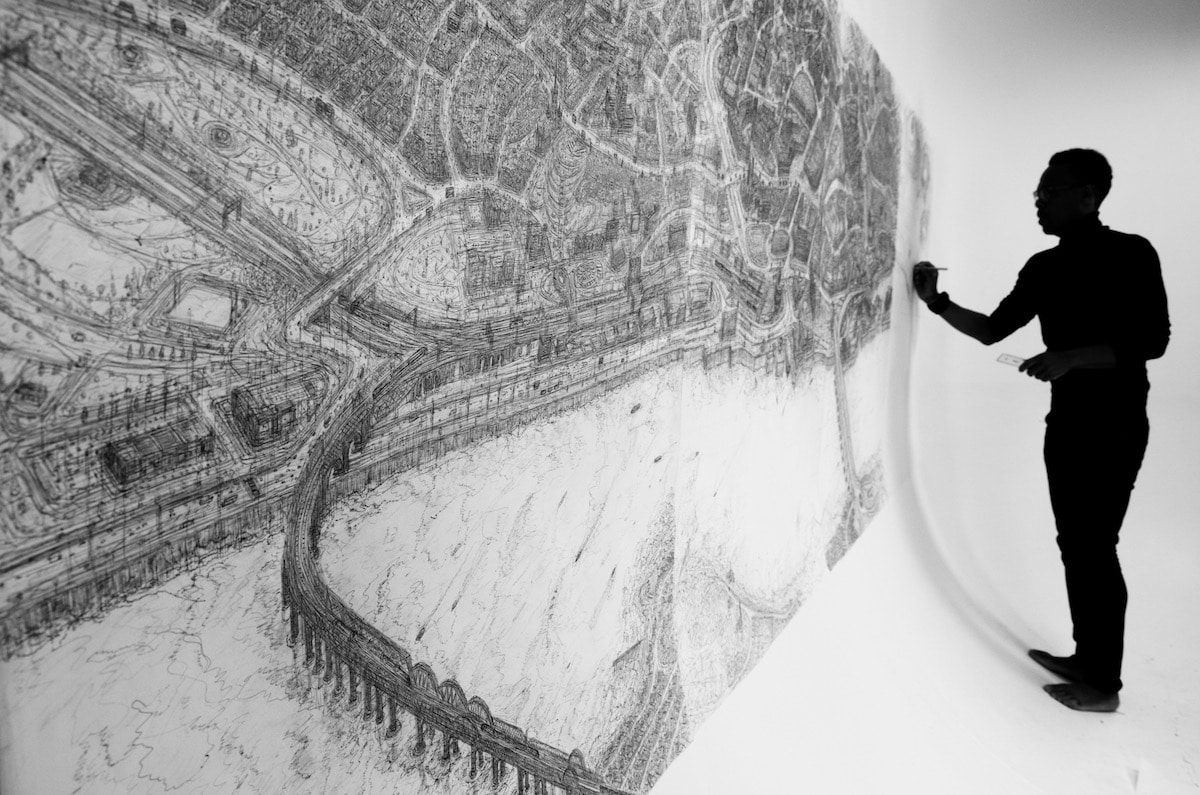 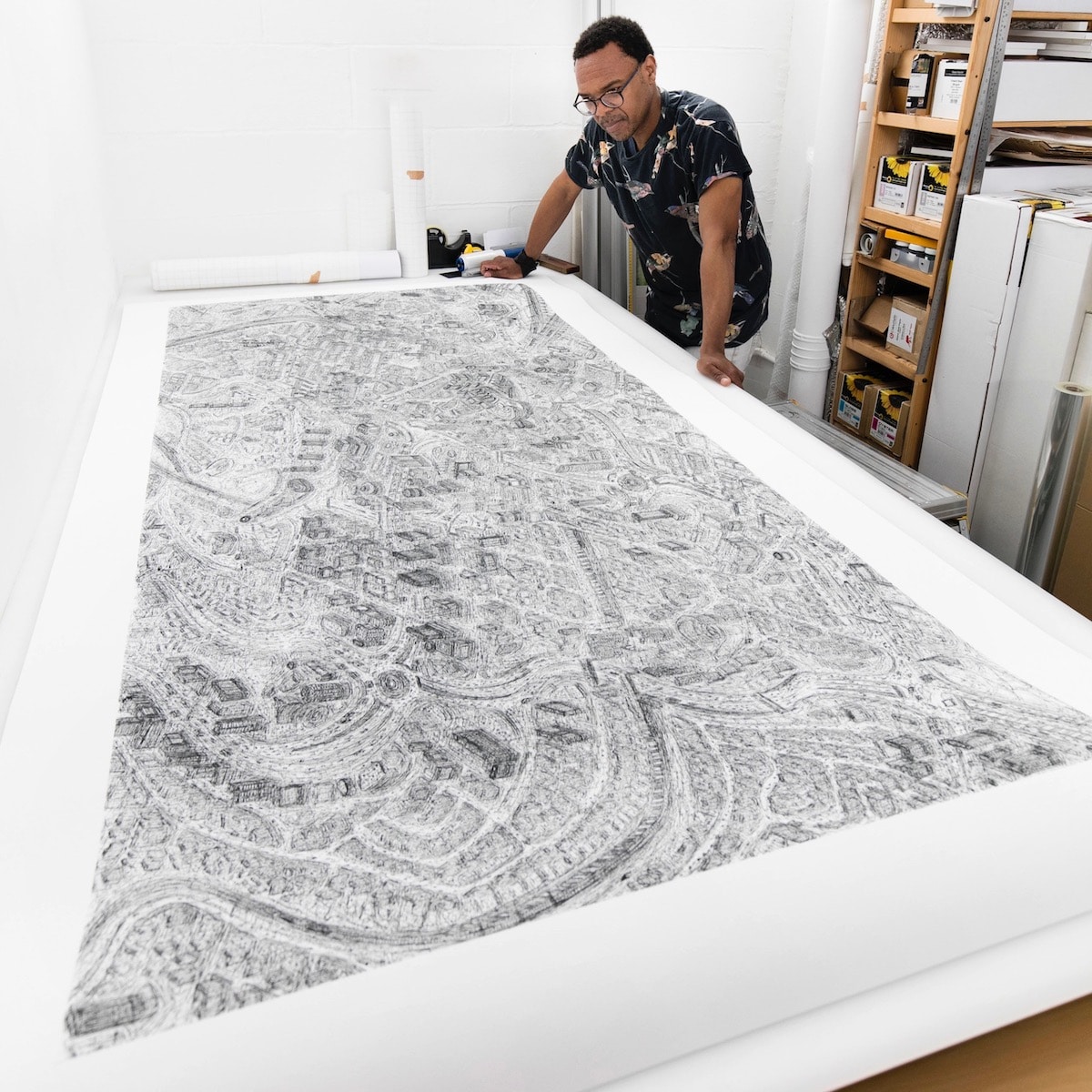 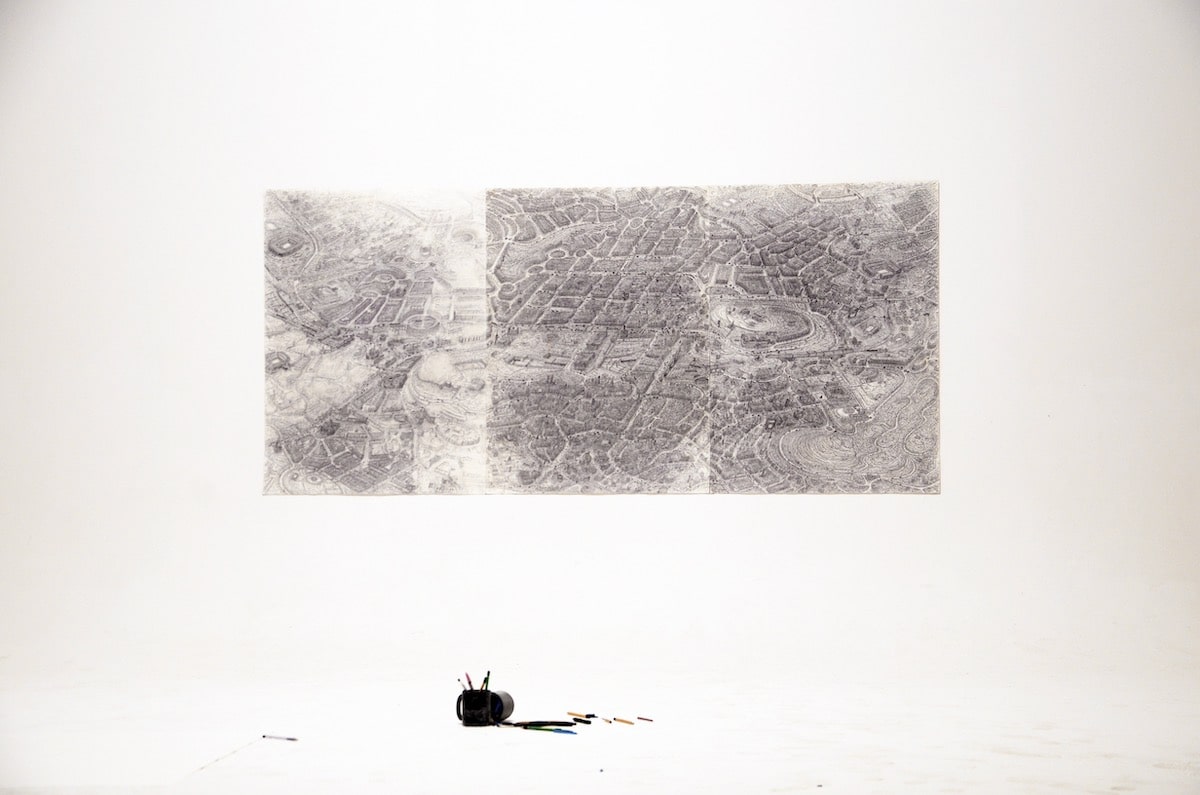 Their newest map of Perth will be on view in the city through the end of 2019. 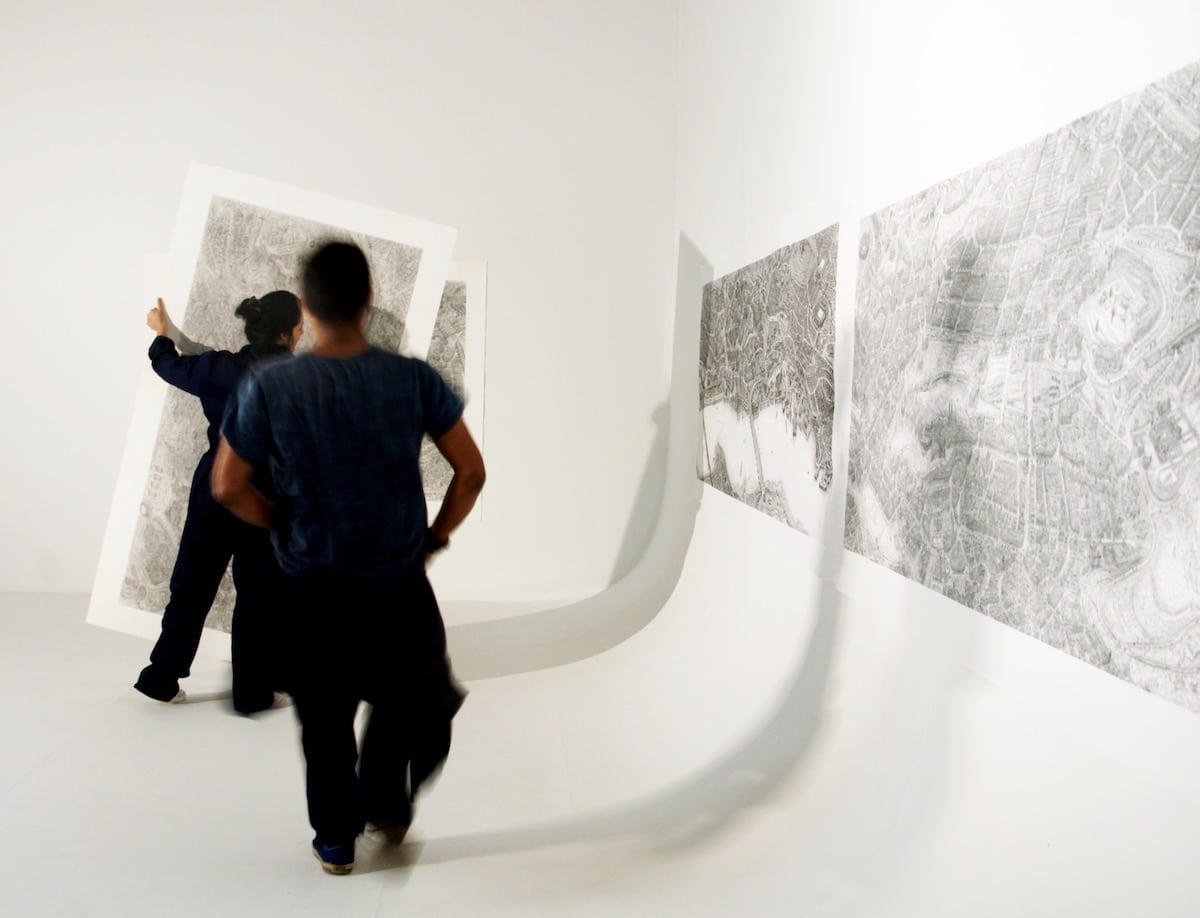 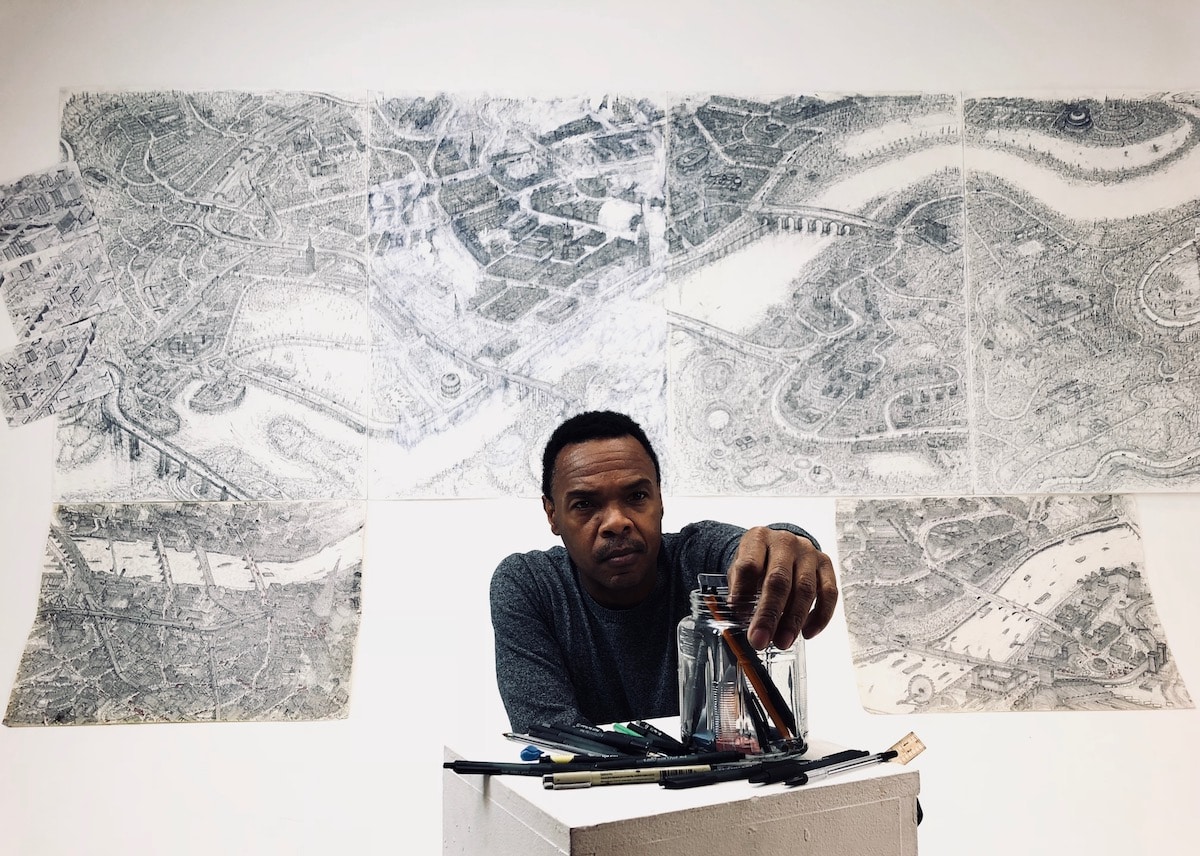 The duo is now in the beginning phases of their next map, which will capture the beauty of Scotland's Inverness. 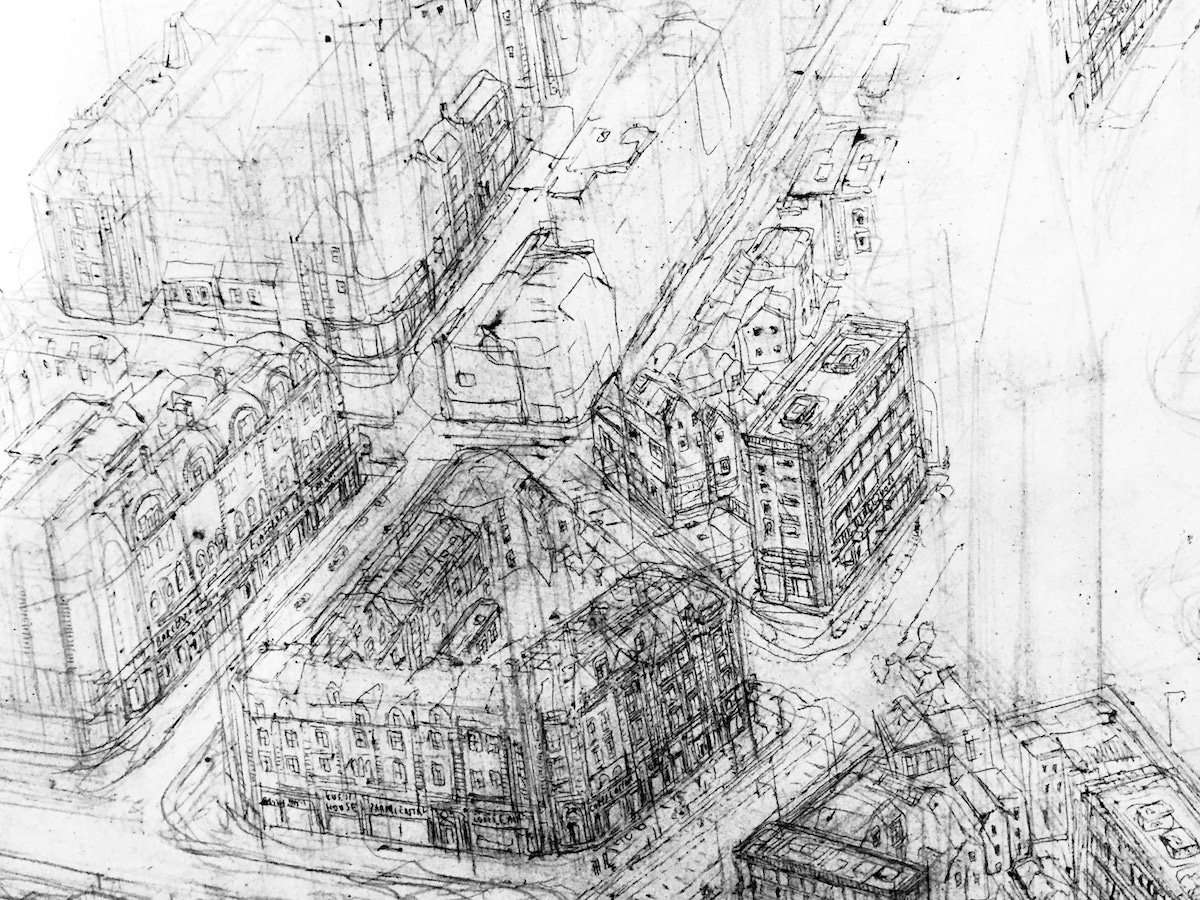 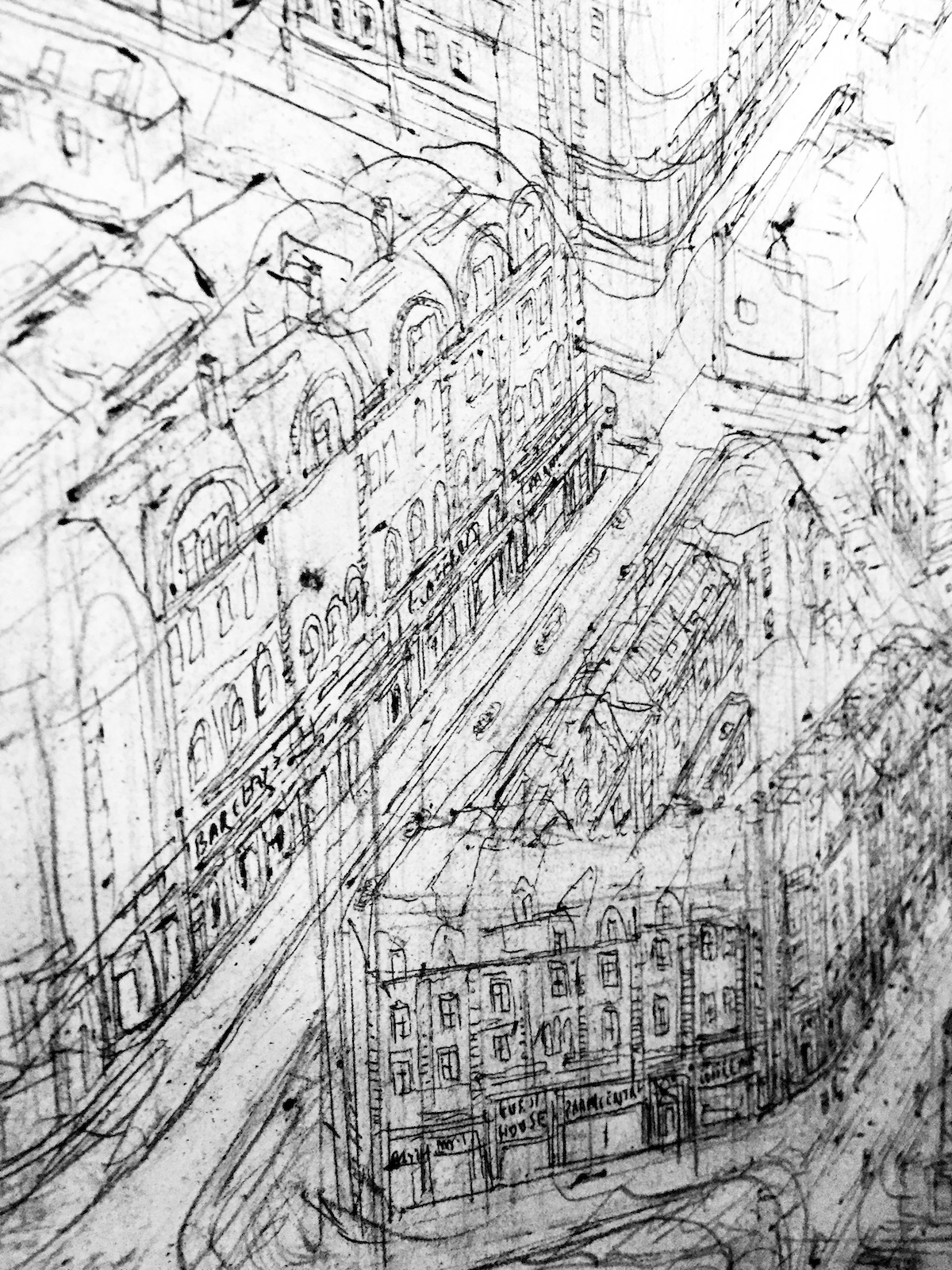 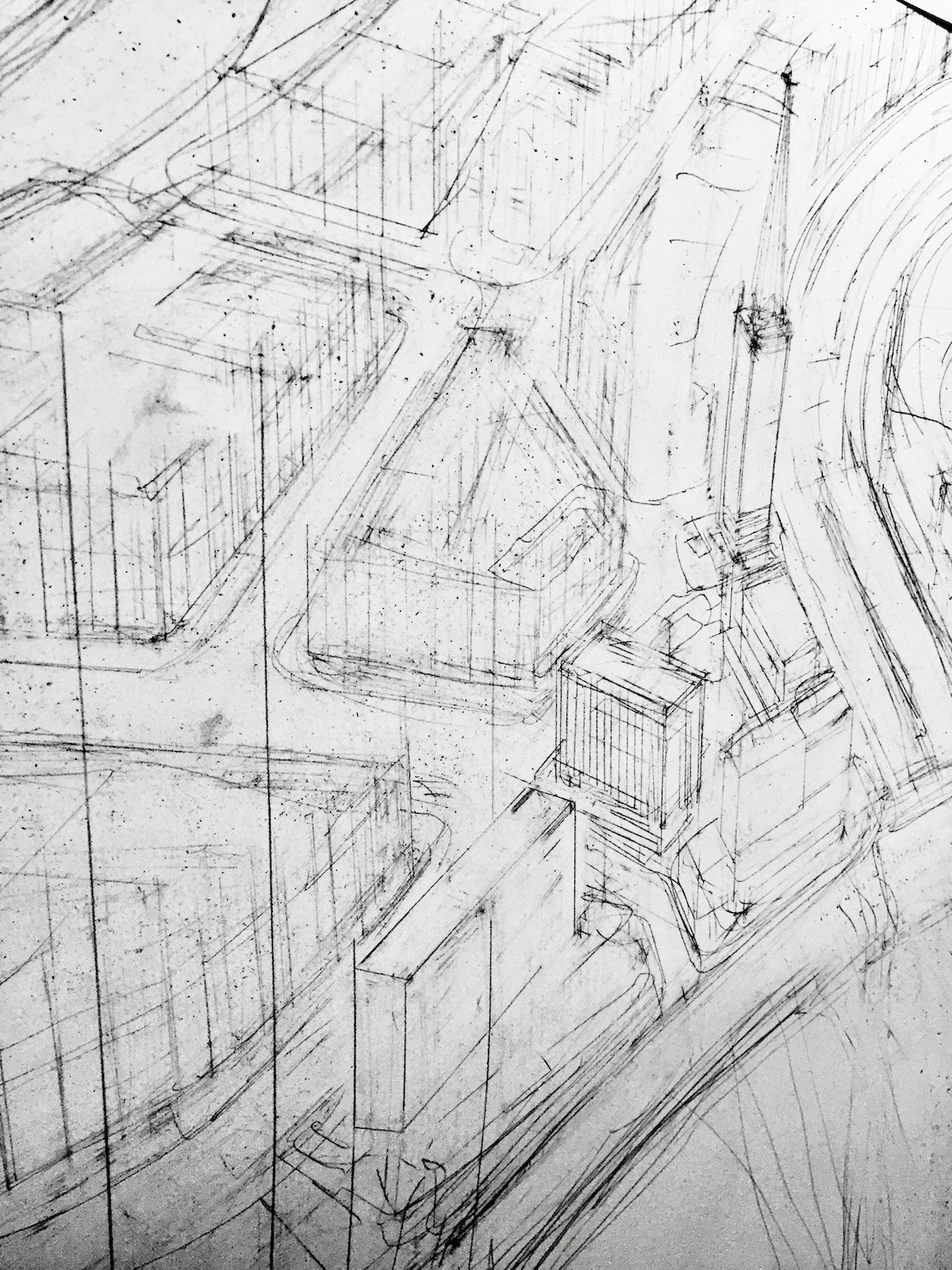 My Modern Met granted permission to use photos by #69cities.

Excited by their ambition? Share
Like My Modern Met on Facebook
Get Our Weekly Newsletter
Become a
My Modern Met Member
As a member, you'll join us in our effort to support the arts.
Become a Member
Explore member benefits