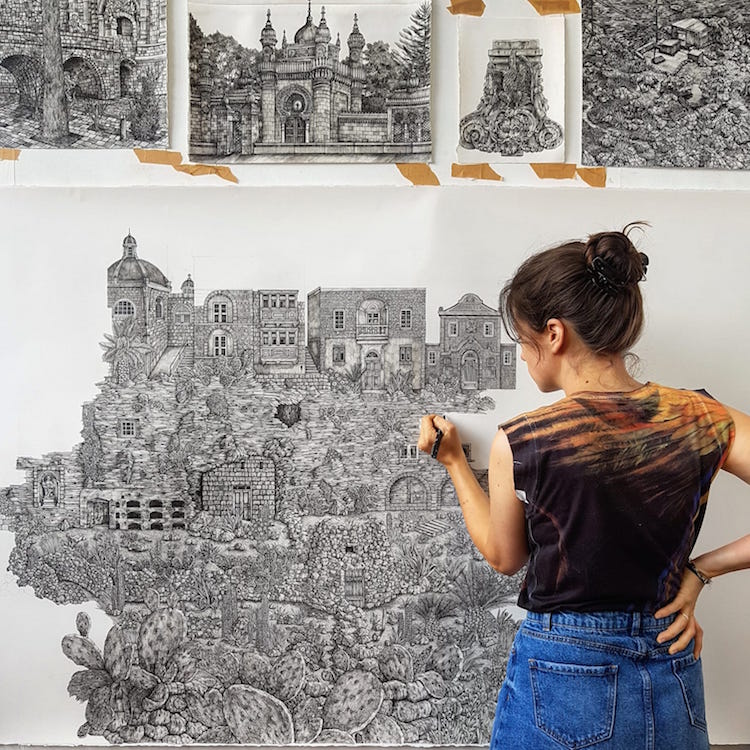 British artist Olivia Kemp creates incredibly detailed, large-scale pen drawings that depict real-world landscapes. However, each piece isn’t an exact representation of the locations—instead, Kemp injects her own mythical twist into each sketched environment, merging fantasy with reality. Her latest works are inspired by the artist’s travels to Malta and Bavaria and were created using photographs, on-location sketches, and her own memories as references.

“I draw in order to make sense of landscape but also to construct and re-model it,” says Kemp. “I build worlds and imaginary places that grow out of a need to interpret the sites that I have known, expanding and developing them across a page. This encompasses everything, from the visions of a grand landscape right down to the details of the land, the plants and creatures that may inhabit it.”

Despite the lack in color, Kemp’s distinct work is rich in detail and texture, each one taking several months to complete. In one piece titled Ascending The High Pass, traditional Bavarian-style castles can be seen dotted among towers, spruce trees, and a winding train track that connects the hillside city through a series of arches, bridges, and tunnels. For the Malta-inspired landscape drawing, titled Melita, Maleth, Kemp focused on the Mediterranean island’s exotic plant life. A flush garden of cacti and flora is illustrated as the foreground to an ancient fortresses town.

Both works will be included in the group exhibition, Early Modern Matters, which opens on September 6, 2018 and runs through September 29, 2018 at James Freeman Gallery in London.

In the meantime, you can see more of Kemp’s work on Instagram. 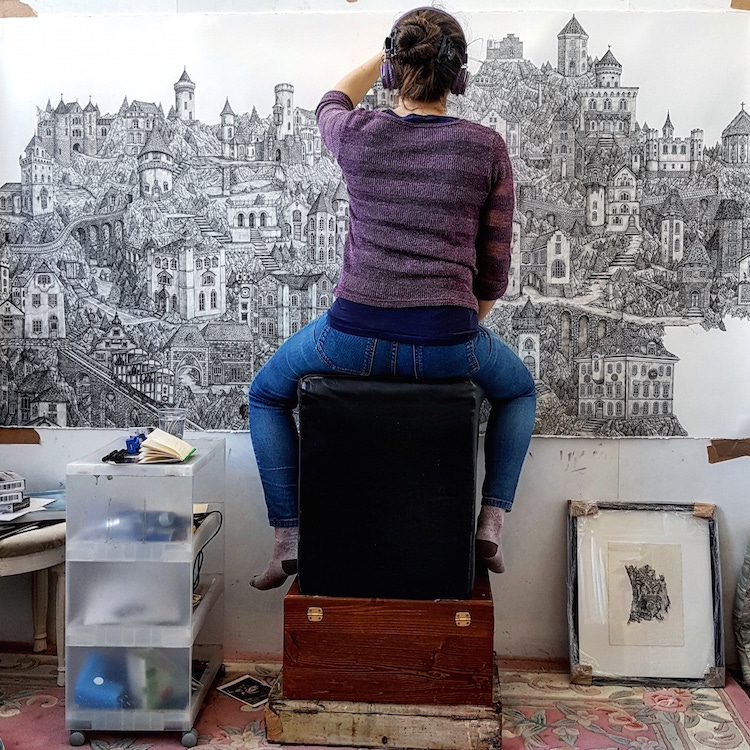 The artist’s latest works are inspired by her travels to Malta and Bavaria. 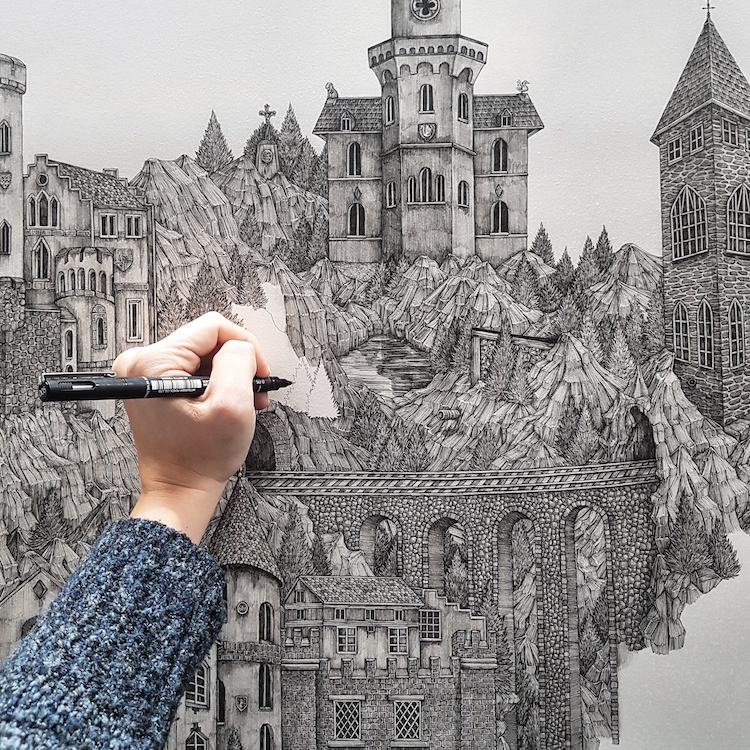 In Ascending The High Pass, traditional Bavarian-style castles can be seen dotted among towers, spruce trees, and a winding train track. 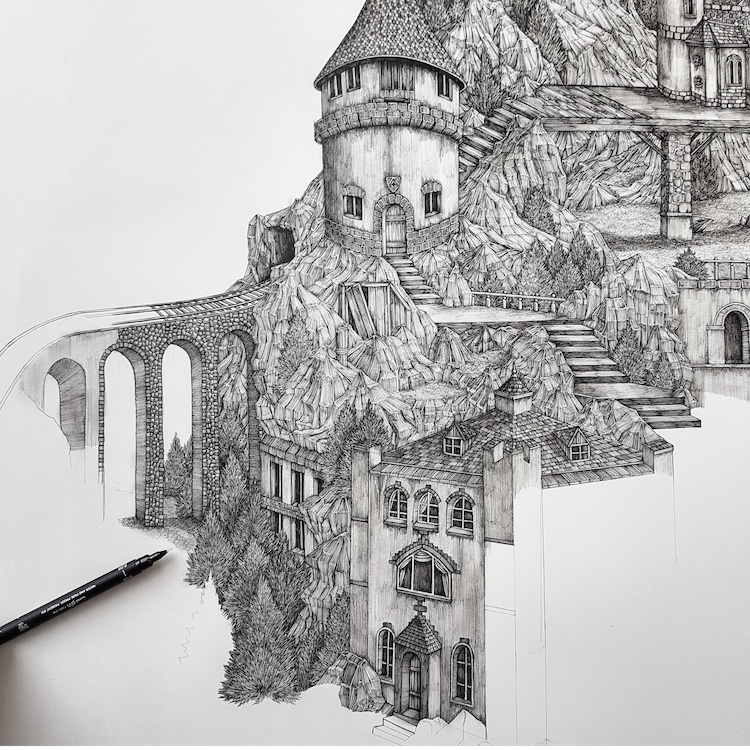 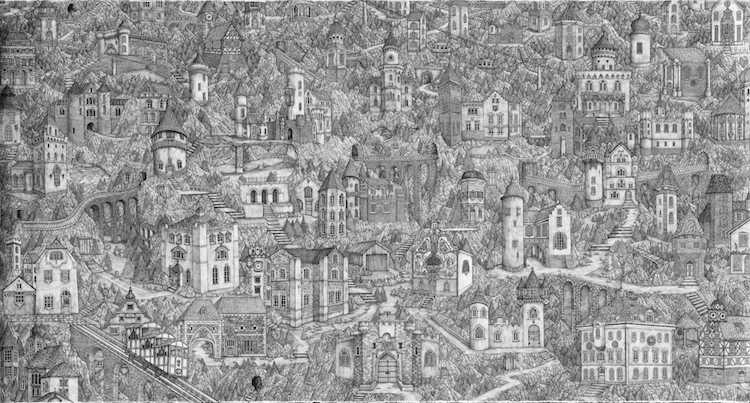 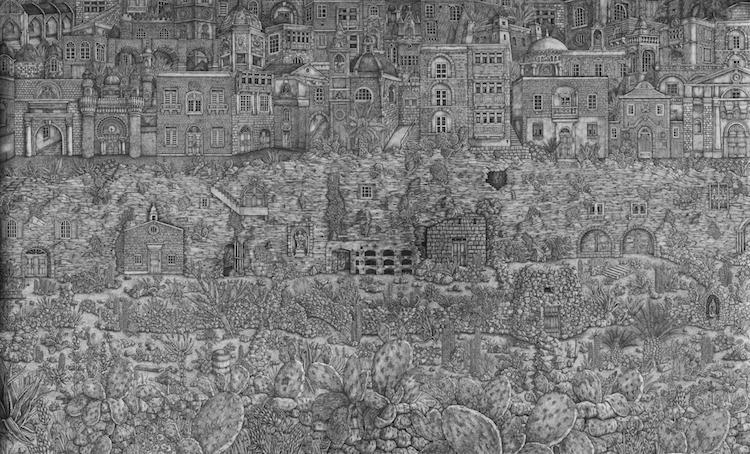 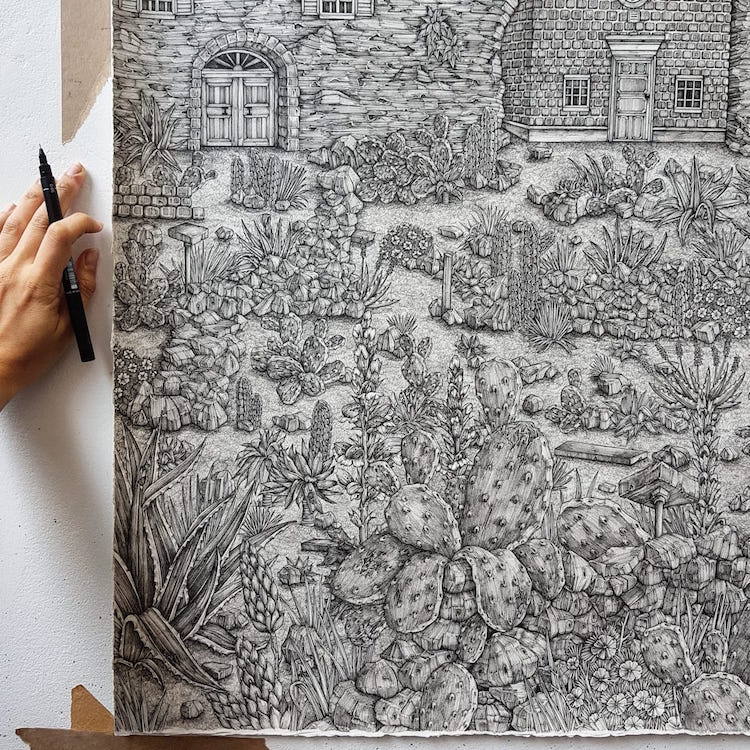 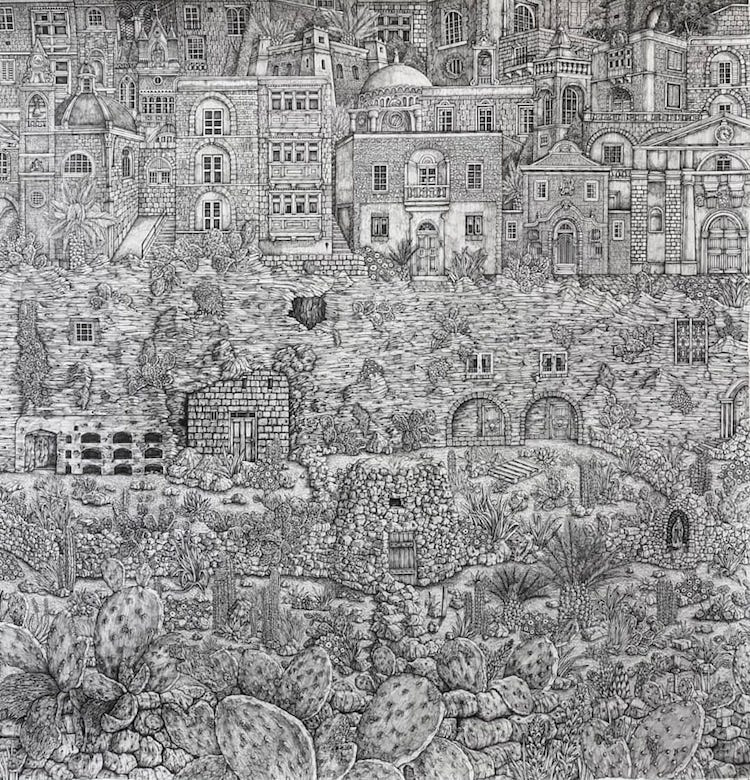 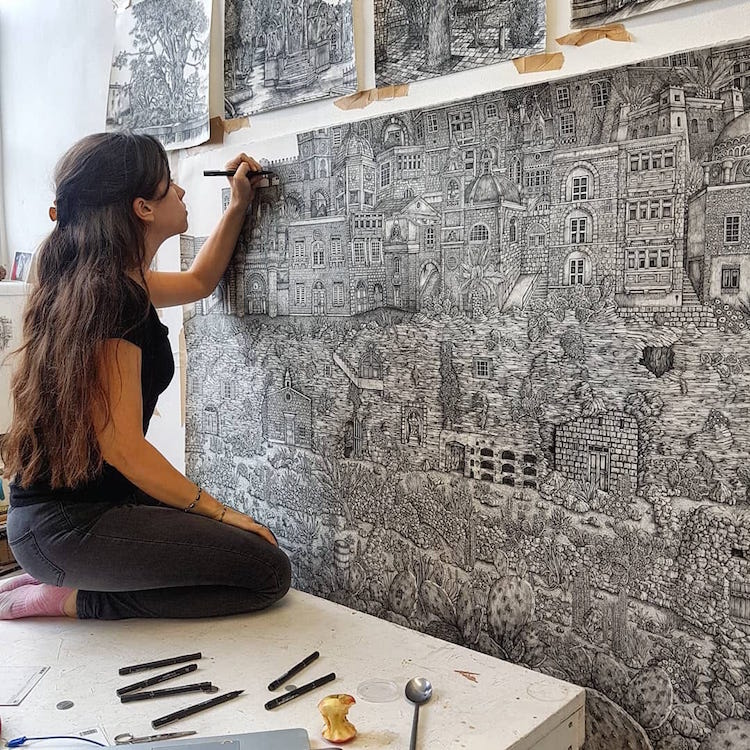 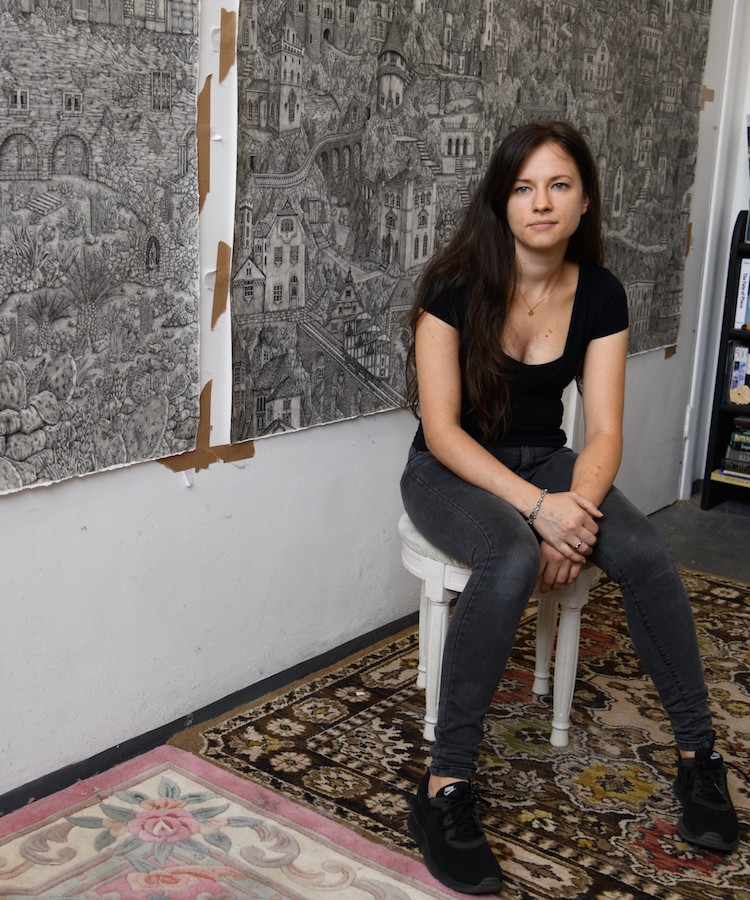 My Modern Met granted permission to use photos by Olivia Kemp.

Impressed by this artist's attention to detail? Share
Like My Modern Met on Facebook
Get Our Weekly Newsletter
Become a
My Modern Met Member
As a member, you'll join us in our effort to support the arts.
Become a Member
Explore member benefits

Impressed by this artist's attention to detail?