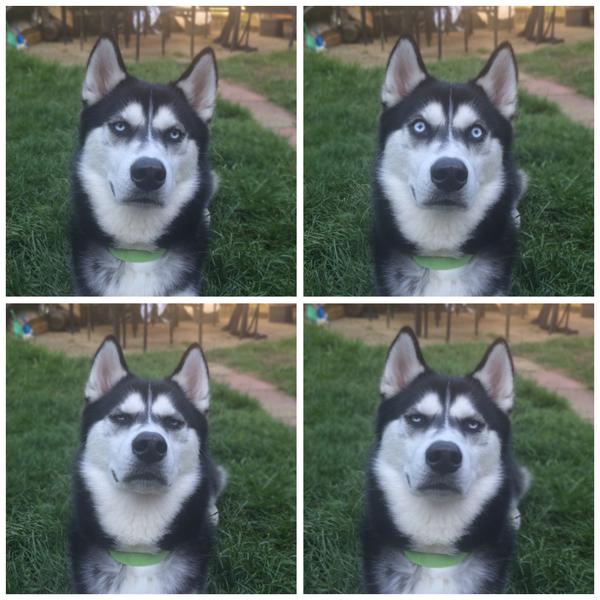 Most dog owners have tried fake-throwing a ball while playing catch, to see what the dog's reaction would be; but, when Jasmine Milton did it, her dog was not impressed to say the least. In just four frames, we see the beautiful Siberian Husky's expression go from normal, to thrilled, to hilariously unamused.

“So I pretended to throw a ball and caught the exact moment my dog realised I had betrayed him,” Milton explains. “I think the fame has got to my dogs head. He's currently taking up 90% of the bed space instead of his usual 80%.”