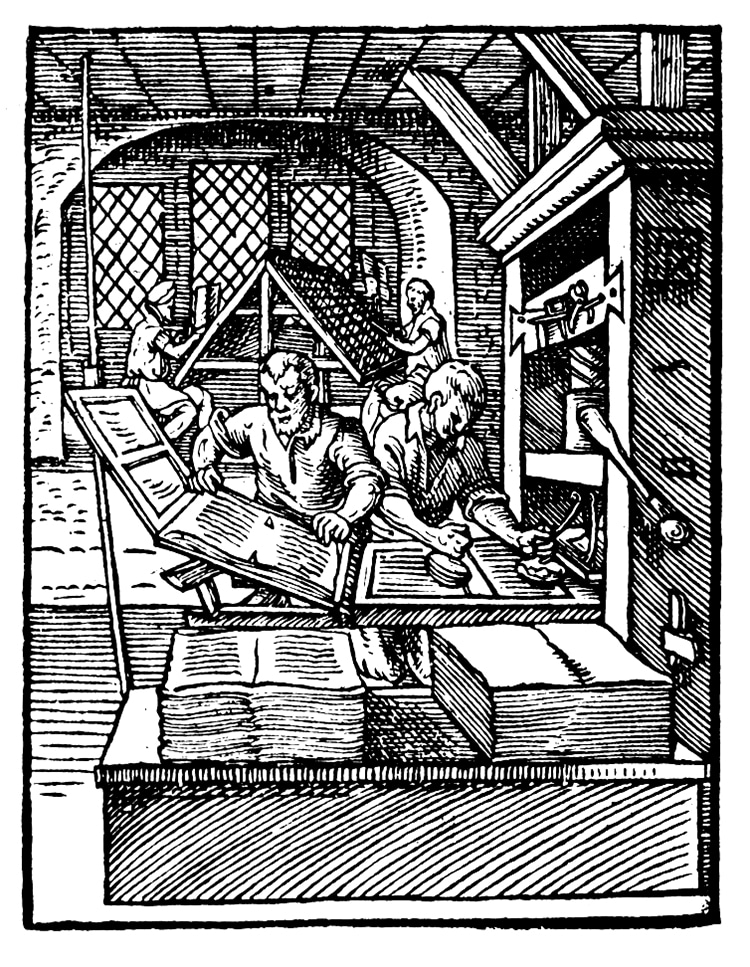 To start a sentence, one uses an uppercase letter to begin the first word. But where do the opaque terms uppercase and lowercase come from? To understand why capital letters are “uppercase”—and their smaller counterparts are “lowercase”—one has to look back in history to early handwriting and follow that tale to the printing press. The existence and etymology (the history of a word) of uppercase and lowercase is a fascinating tale.

The Emergence of Minuscule Letters

Paleography is the study of historical handwriting, and paleographers have traced how the modern type cases (sometimes misnomered as fonts) came into being. If you have seen an Ancient Roman inscription, you probably noticed that the Latin alphabet was carved in capital letters of equal size. This writing is known as Roman majuscule—majuscule meaning an all-capital script.

As the Romance languages developed out of Latin, the written alphabet also evolved. After the fall of Rome, many Latin texts in the early Middle Ages used a style known as uncial script—more rounded capitals as seen in Gothic fonts. A new type of script known as half-uncial also developed around the same time. Also rounded, this script changed the form of some letters to resemble the lowercase letters of today: the letters b and d acquired their long stems in this form. Both scripts were used throughout the medieval period. 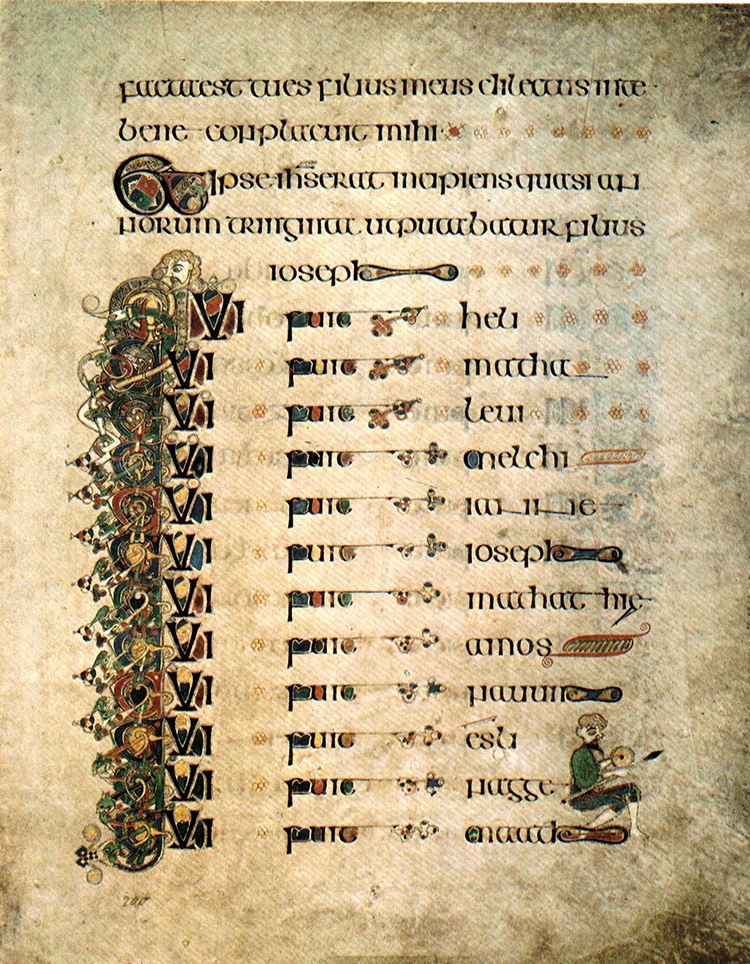 Lowercase letters as we know them—called minuscule script—can be traced to the court of the early French King Charlemagne. The newly developed minuscule script became a faster and more appealing writing system for monks and scholars. As trained scribes, they produced most medieval manuscripts. A manuscript of a book could take months to copy by hand, so the new script was more efficient than the older painstaking uncial script. However, before 1300, most European languages had no capitalization rules, so the shift in scripts was a development in handwriting rather than language. 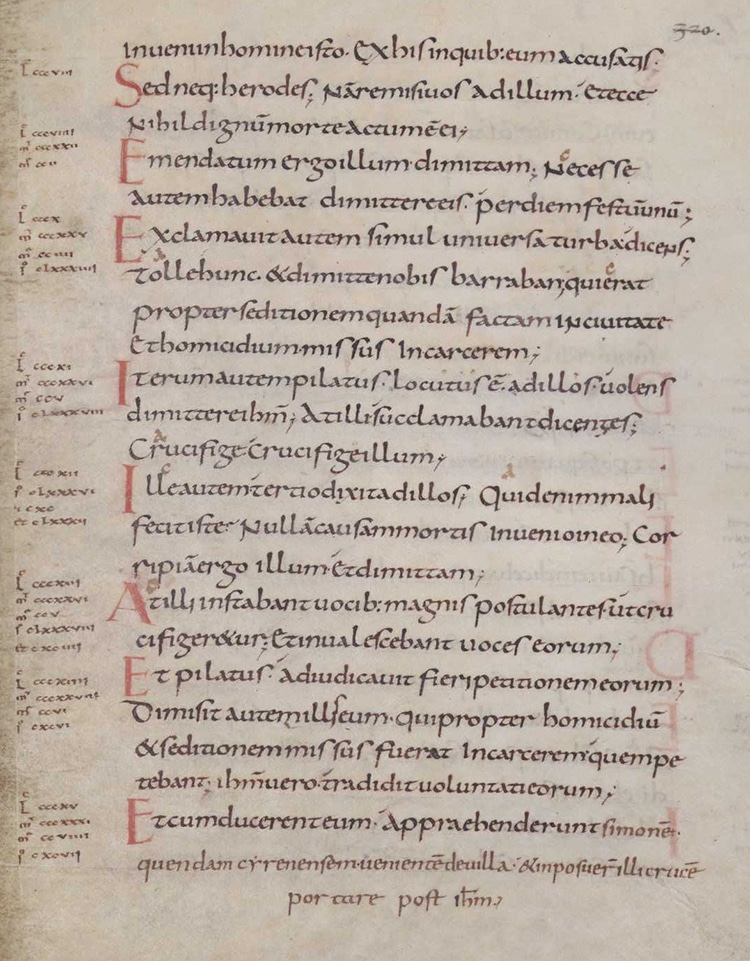 Type and the Printing Press 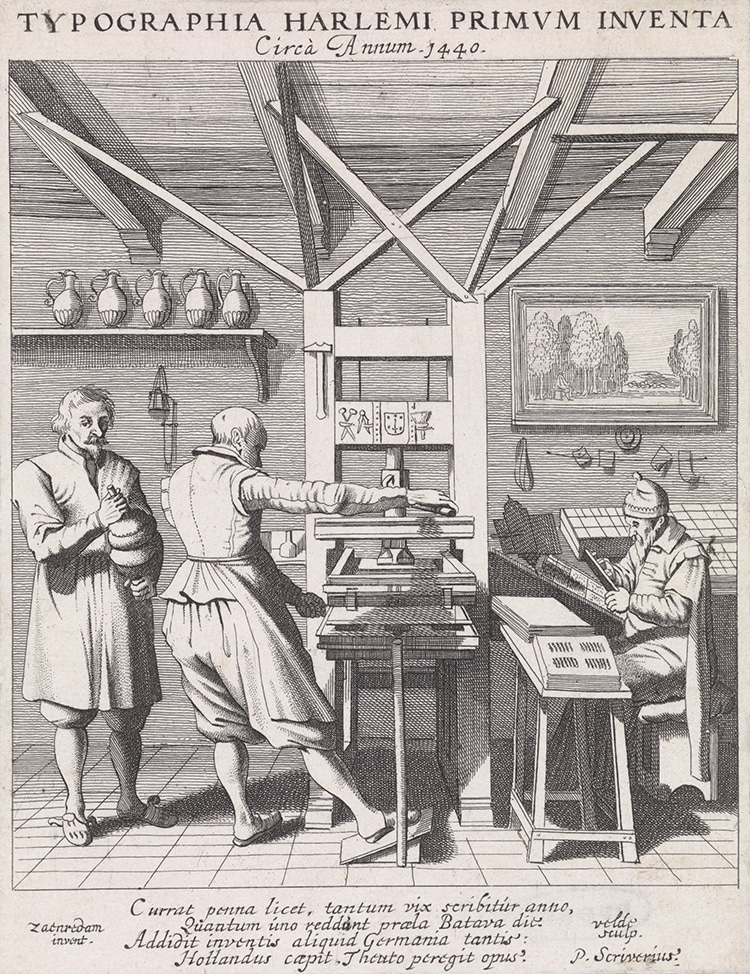 A Dutch printing press in the 17th century. Note the type cases behind the man on the right. (Photo: Stock Photos from EVERETT COLLECTION/Shutterstock)

In 1439, Johannes Gutenberg introduced the letterpress printing process to Europe, and his invention quickly spread. The early printing press used movable metal type which could be painstakingly arranged to print a text. Each letter was an individual piece, and printers would keep many sizes and fonts on hand. Writing each word backwards, typesetters bound a page's worth of words together in a frame. Ink was then applied to the frame, and the printing press then pressed it into paper. While still a laborious process by our standards today, the ability to quickly produce multiples of a work was revolutionary. 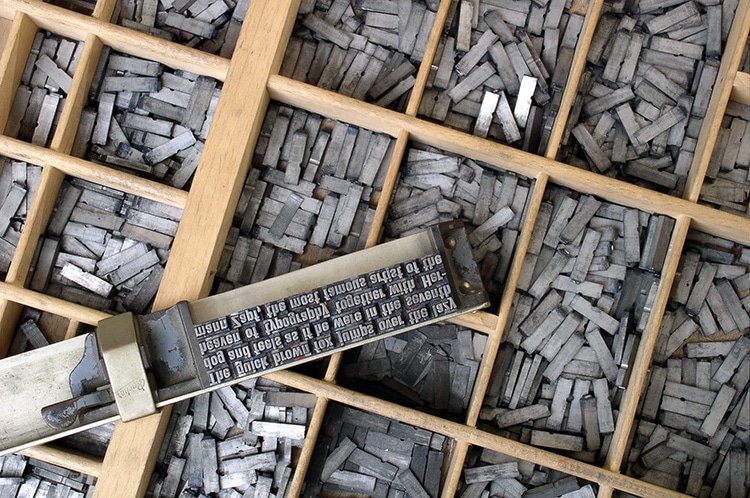 Metal movable type sorted in a case. Type is being assembled in a frame for printing. (Photo: Cropped from Wikimedia Commons [CC BY-SA 3.0])

Early printers stored their type in wooden cases—flat trays with many small compartments for sorting letters and symbols. These cases could be stored in drawers, but printers needed their most useful alphabets within reach. Cases were often raised on tables and angled for easy access. The capital letters were typically stored in the higher, or upper, case. The minuscules were in the lower. This case storage system gave rise to the names uppercase and lowercase to refer to majuscule and minuscule scripts, respectively. The terms were first used in the 18th century and filtered into public usage thereafter. The 18th century was also a time of grammatical standardization within the English language. Therefore, uppercase and lowercase letters gained new names and standardized grammatical uses, such as uppercase for proper nouns. 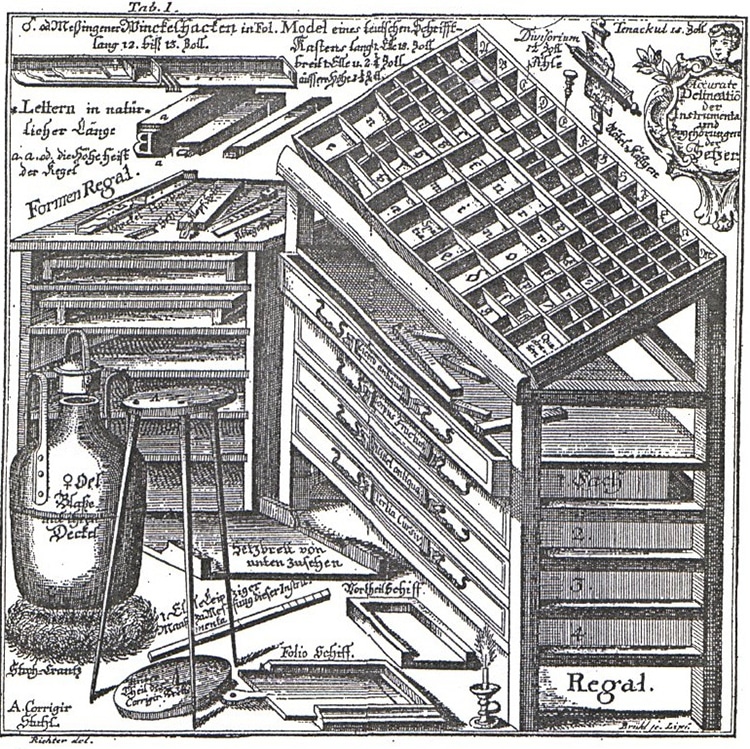 By the 19th century, many small towns had their own presses, printers, and publishers. Printing presses with movable type were even used into the early 20th century, especially for newspapers. Type setters worked swiftly to spell out articles as they came in. The frames then went to the press—now mechanized with automatic rolls of paper and machine inking. While computer printing did eventually render the letterpress printer obsolete, artists and antiquarians have since revived many antique presses for modern use. The terms uppercase and lowercase still remain ubiquitous in the age of typing and digital fonts, many of which (like Times New Roman) pay homage to the paleography of the past. 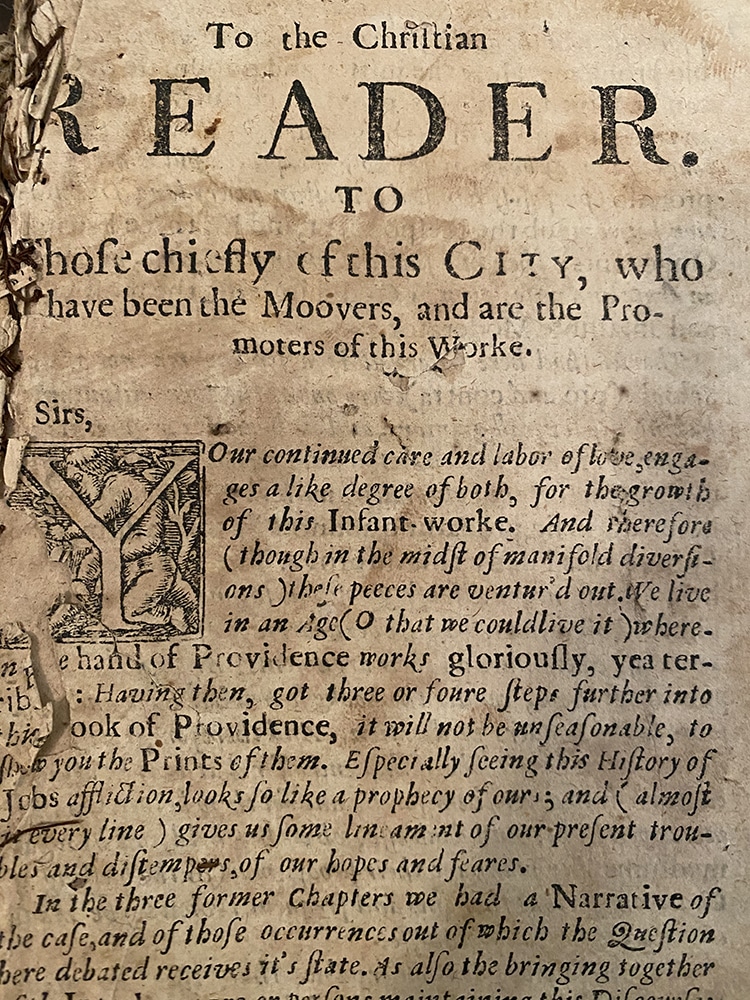