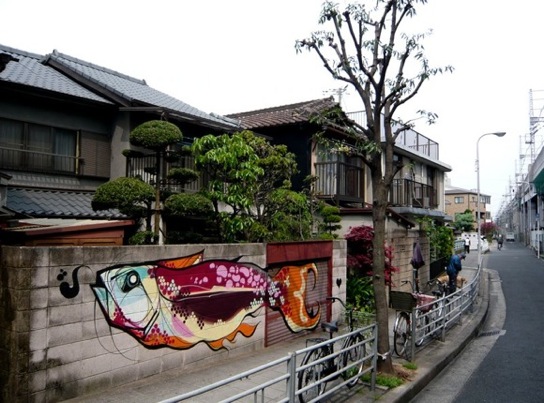 I am absolutely in love with these latest street installations by Brazil-based Titi Freak. After making his way over to Japan, he's been keeping himself busy by painting the streets of Osaka for the past three months. Seamlessly coinciding with Japanese culture and landscape, his brightly colored koi fish really sets the bar high for other street artists.

Hamilton Yokota (aka Titi Freak) is a So Paulo native with Japanese ancestry, resulting in a mixture of personal qualities that stem from his combined cultural backgrounds. He has painted in the streets of cities around the world, and his fine art has been exhibited in galleries throughout Asia, South America and Europe. Titi Freak first began writing graffiti in 1995 on the streets of So Paulo, Brazil. His style fuses Eastern and Western cultures, with fashion, pop imagery, illustration, graffiti and comic influences. 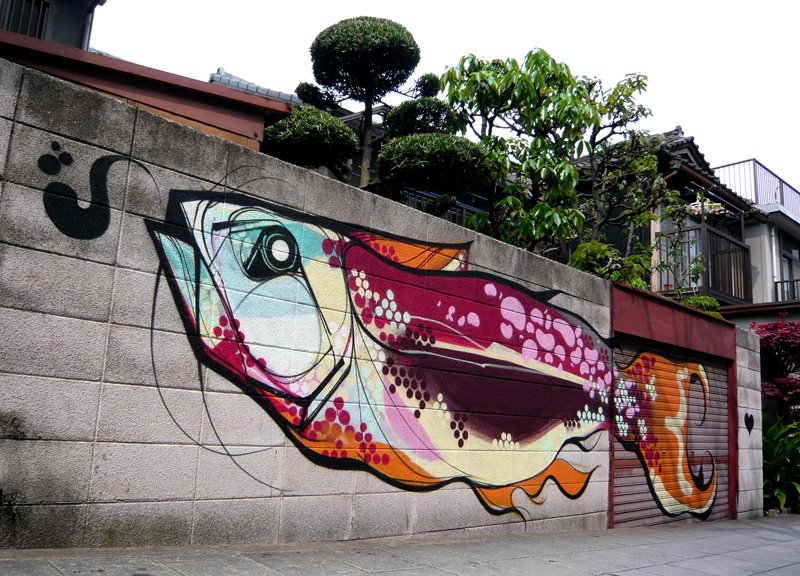 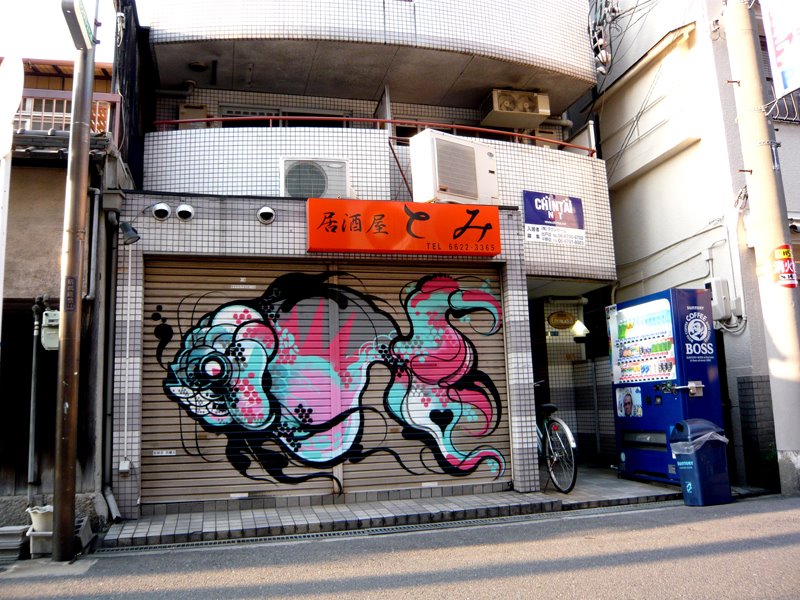 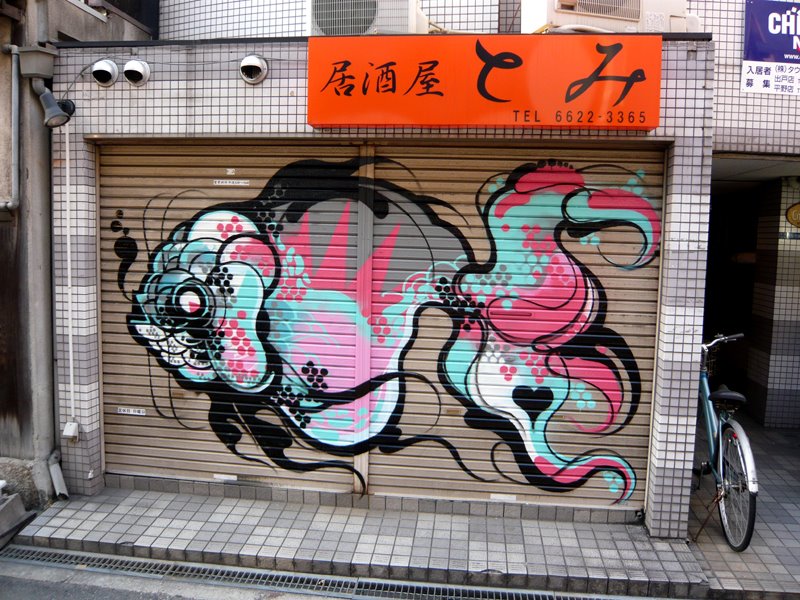