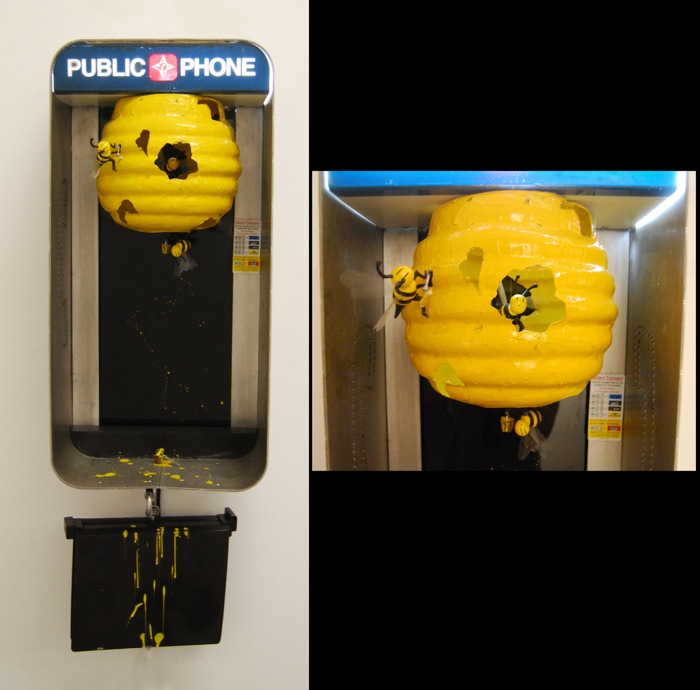 Now that we all have cell phones, public phone booths seem like a part of ancient history. After realizing that so many telephone kiosks were being abandoned around the city, Los Angeles-based street artist, Bumblebee, decided to turn these old booths into beautiful art installations.

“Telephone companies have been abandoning their public telephone booths by taking out the phones and leaving the structures behind,” he states. “I want to reuse these structures as a way of communication with the public once more by replacing that empty space with paper-mache beehives.

“The bees represent a fear that the innocent often embrace. As a child, you are sometimes told not to do things or play with things for the fear of what might happen as a result. To me, that takes away the experience and freedom of trying new things for yourself. Street art is often feared and criticized as being vandalism, and I believe that through my work I can convince people otherwise.” 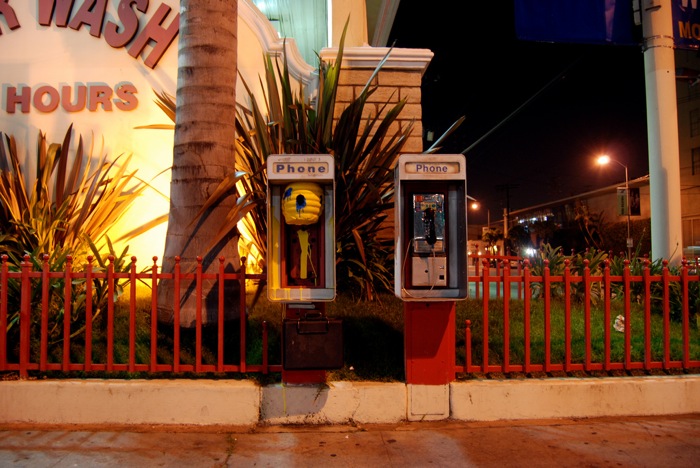 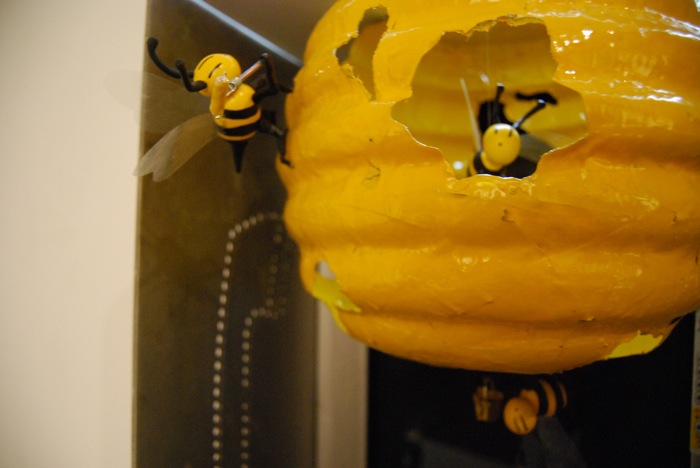 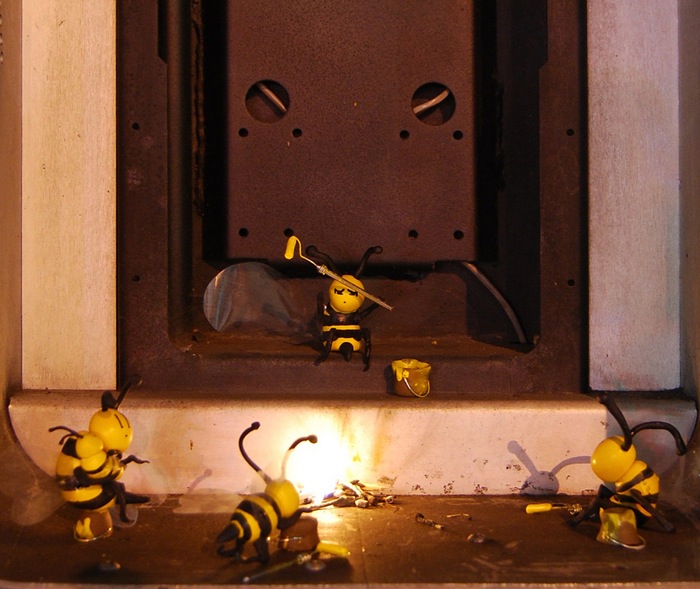 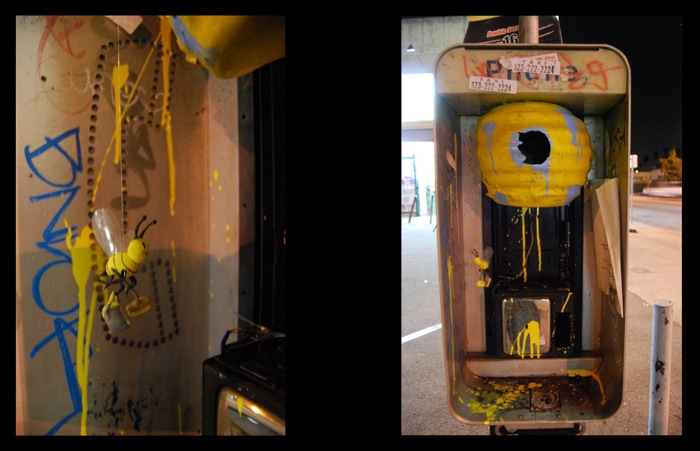 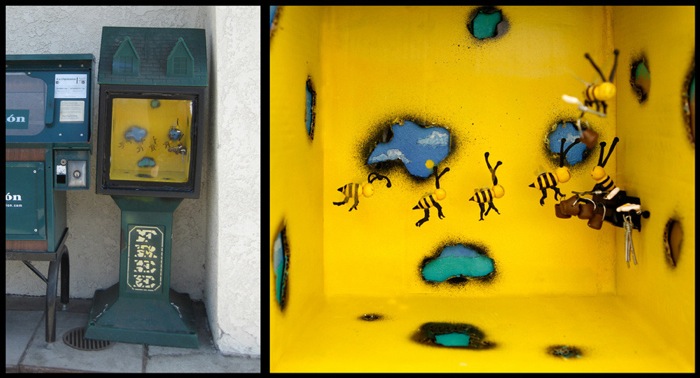 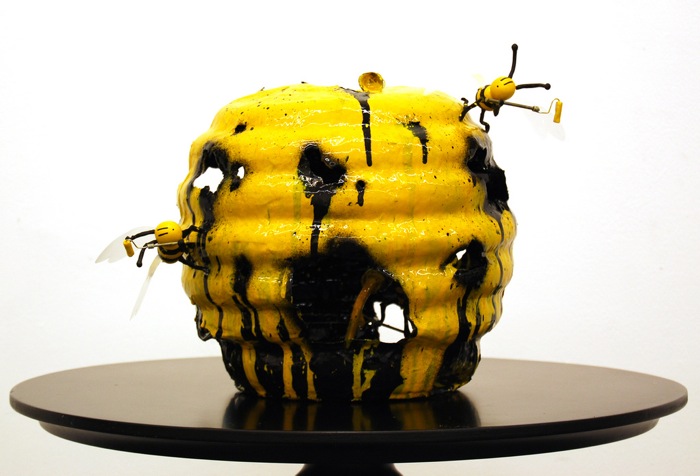 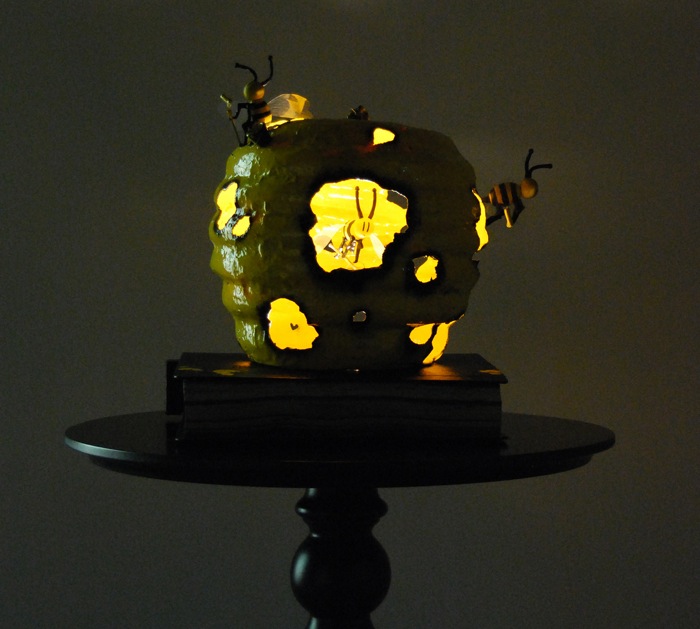 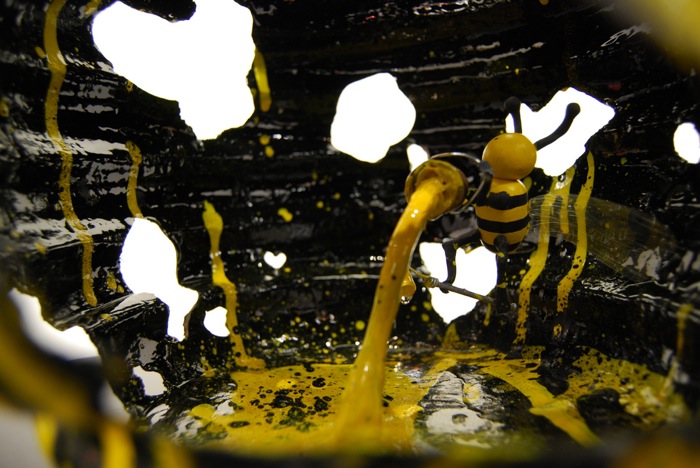 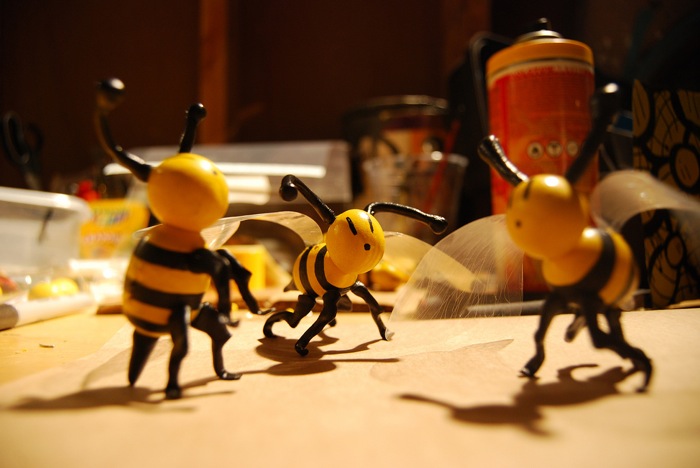