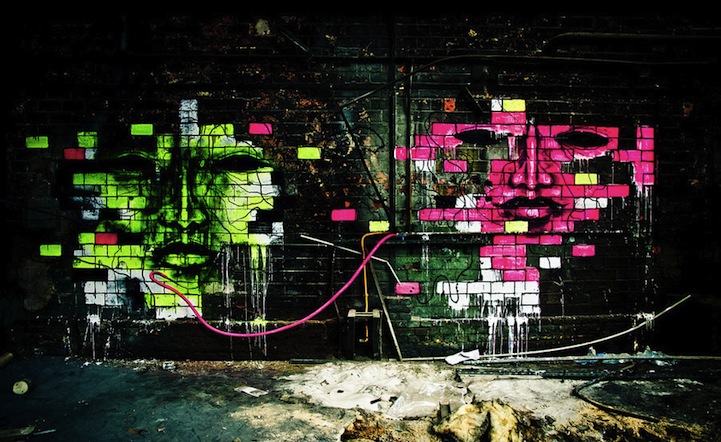 Seen in Reims, France, this piece by street artist Iemza is like a nightmare starring angry alien lifeforms. It's creepy, yet totally engaging.

“My characters are distorted and tortured – they scream,” says Iemza. “There can be different levels of interpretation as far as the central character is concerned: Sometimes it encompasses, encloses, encircles the other characters who themselves, feel stifled and suffocated.” 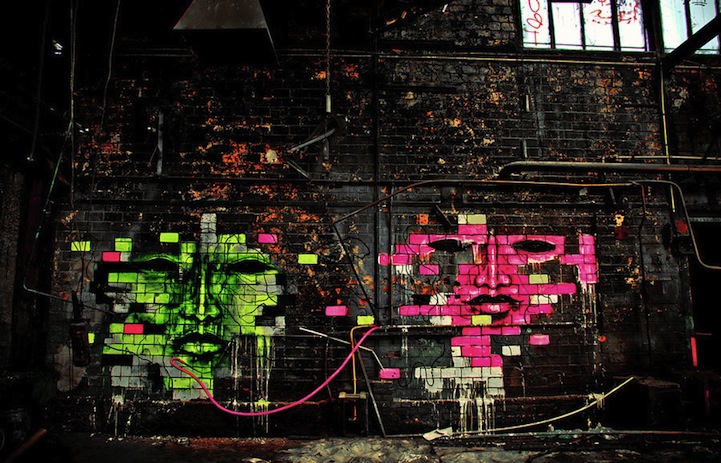