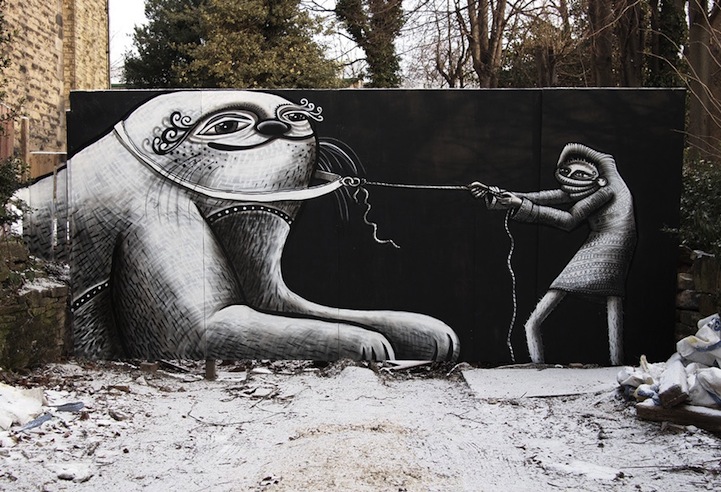 UK-based street artist Phlegm has been putting up some awesome works lately. As usual, many of his larger-than-life characters originate from his comics.

“I love to get run down urban spaces and factories and play with the space,” says Phlegm. “It's such an immediate way to get your picture on the wall. A painting in the street becomes part of the cities architecture, influenced by what's around it rather than being some awkward canvas in an art gallery.” 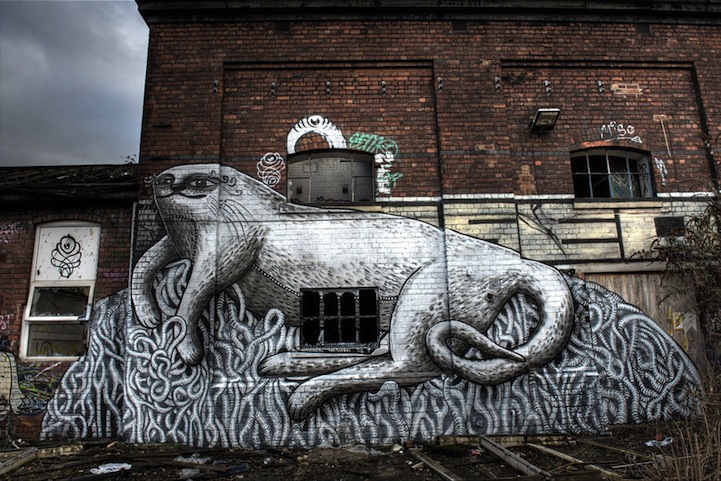 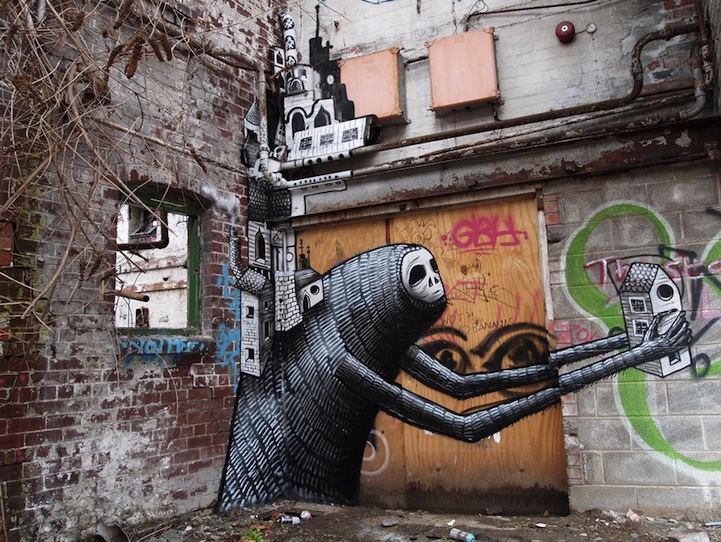 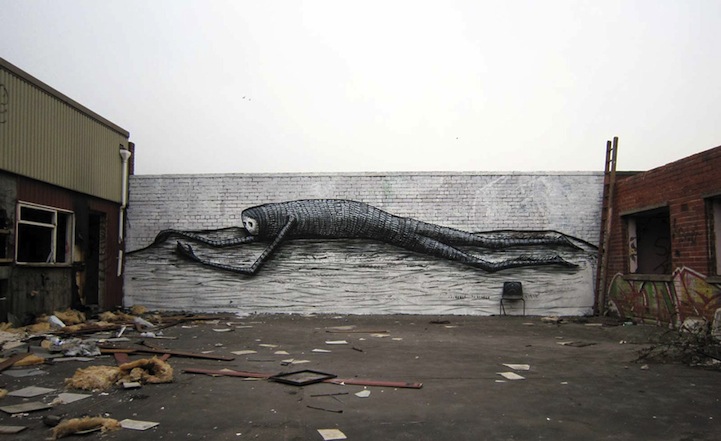 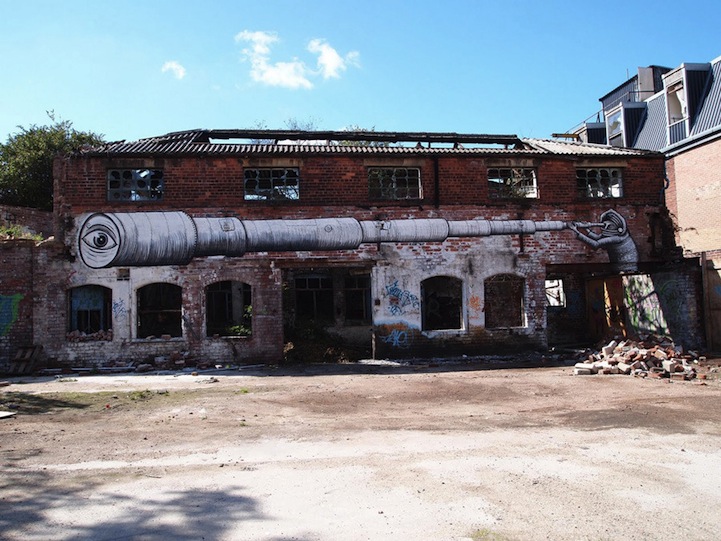 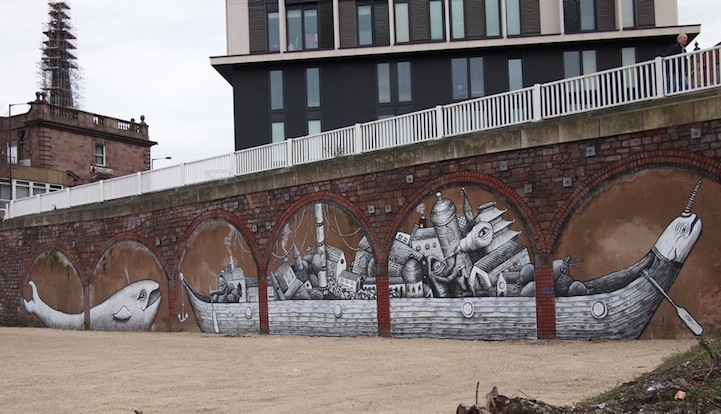 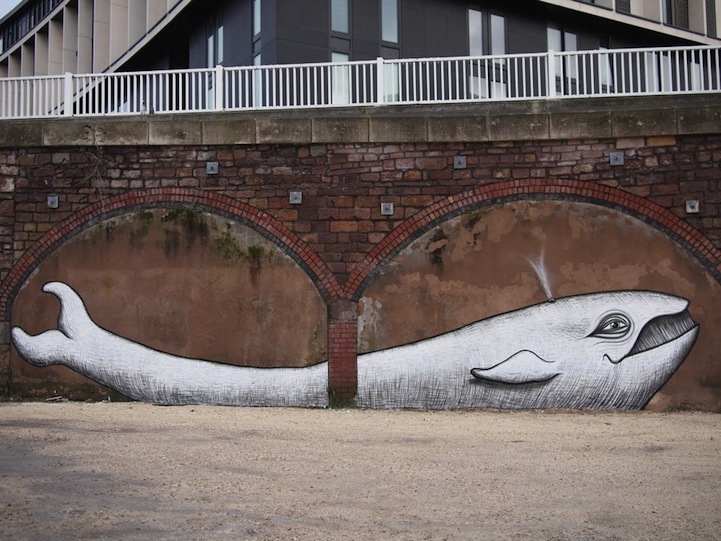 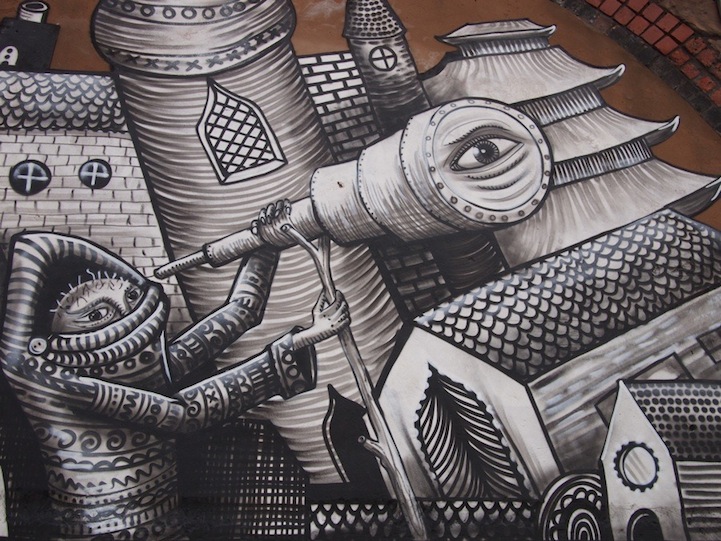