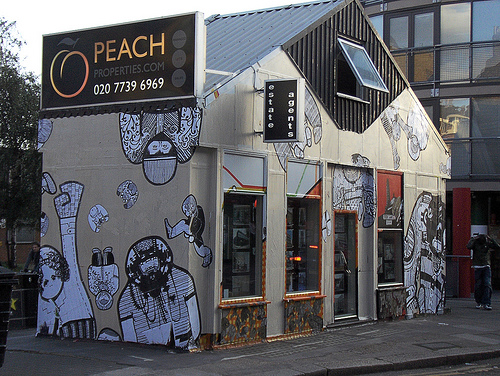 The Orphans' is an art series by AT.AW. that involves adhering temporary paper drawings to enliven the urban environment. The act of “consuming” ubiquitous urban objects creates a whimsical layer to the often mediocre or bland design of urban infrastructure. This intense massing creates a provocative singular wall paper effect, delightfully animating the experience of the object. Unlike graffiti which emphasizes territory or the individual persona/ego of the tagger, these character are mass produced mini-portraitures that celebrate the potential manufactured diversity of the urban environment. AT.AW. modestly began in Toronto, Canada and actively promotes ‘urban play' with a DIY mass-produced series of artwork. Through the medium of street art, they optimistically subvert the often neglected, mediocre and complacent urban condition. 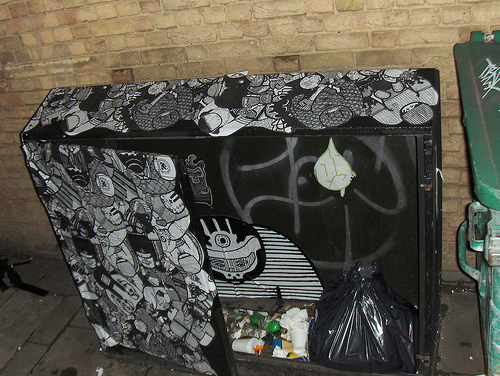 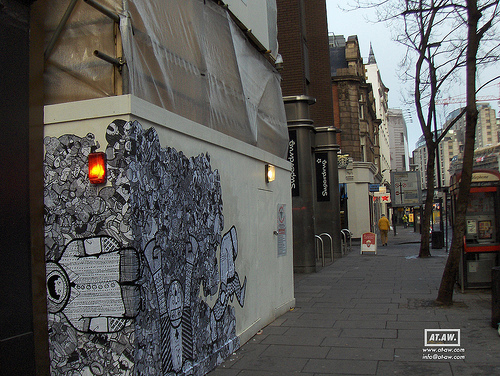 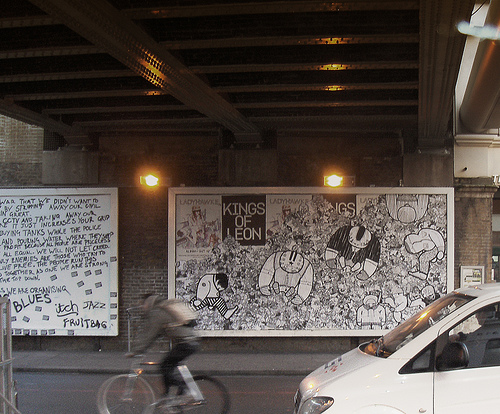 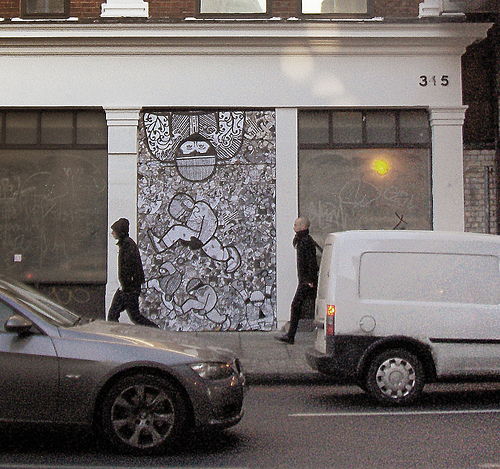 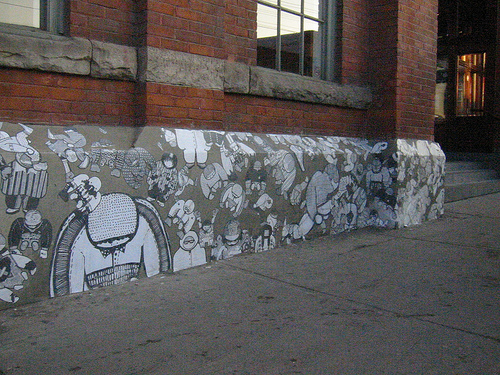 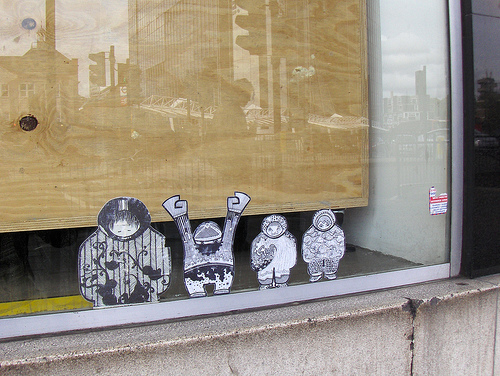 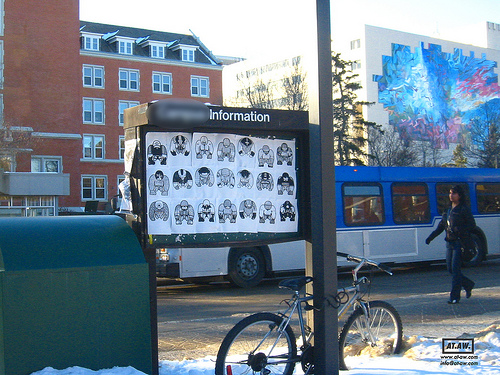 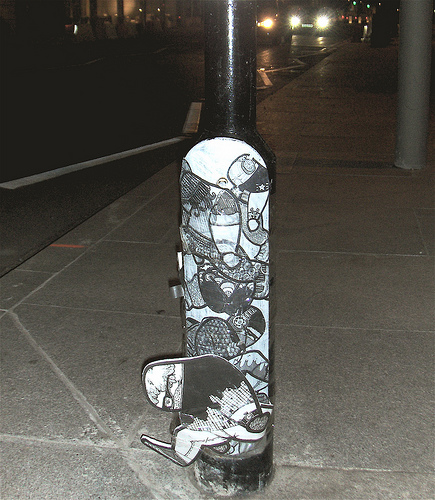 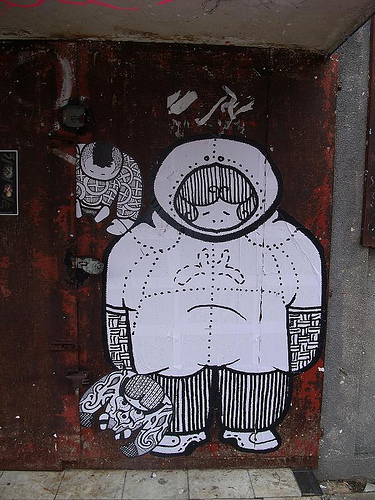 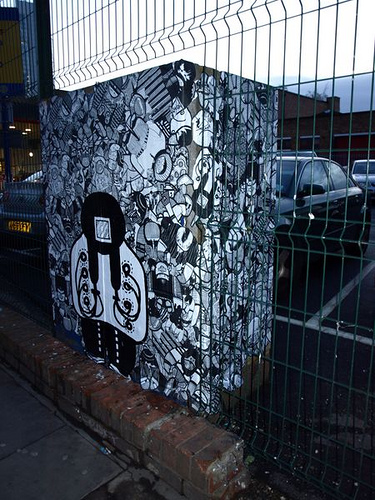 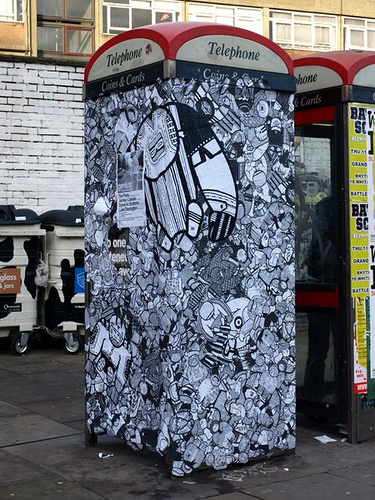