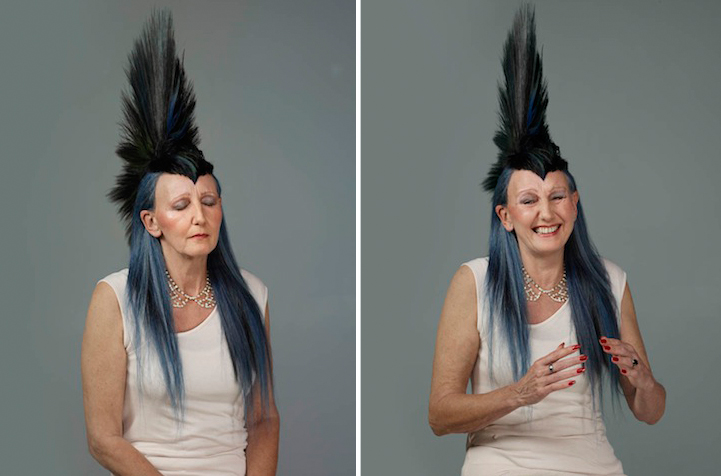 Yesterday, we brought you the story of 20 cancer patients were went through a hilarious makeover experience. As they opened their eyes and saw their fantastically funny new selves in the mirror for the very first time, photographer Vincent Dixon was on hand, secretly capturing their priceless expressions.

We were still so curious about the series, called If Only For a Second, that we got in touch with the photographer to ask him to tell us the story behind the photo shoot. How did he get involved? What was the general feeling in the air? Vincent Dixon answers these questions and more. He was also kind enough to provide us with more heart-lifting images from the, sure to be, life-changing shoot. 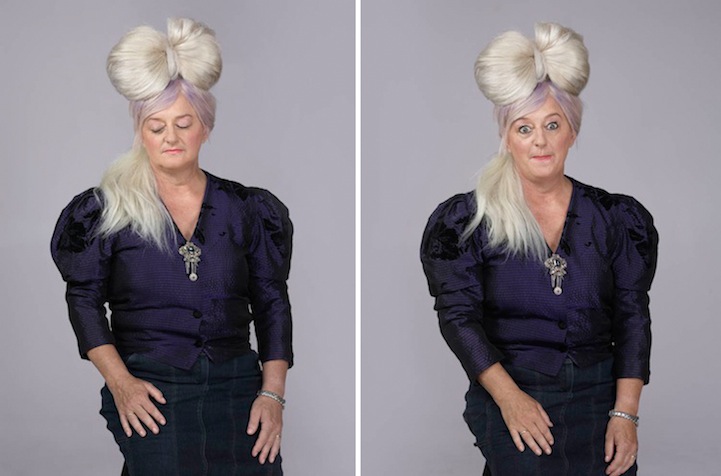 How did you get involved with the project?
Last spring, my friend Xavier Beauregard, who is the creative director at Leo Burnett Paris, told me about this project that he was working on. It was for the Mimi Foundation, a Belgian organization, that helps 15,000 cancer patients a year go through difficult treatments. These photos would transform a negative experience, losing your hair to chemotherapy, into a fantastical, magical achievement.

I loved the concept. It was such a positive way to discuss a subject that is often difficult to deal with. I immediately wanted to be part of this vision. And indeed, this shoot was one of the most humbling and enjoyable experiences I have had as a photographer. Despite their illness, each one of these men and women brought a sense of laughter and joy that touched me deeply. 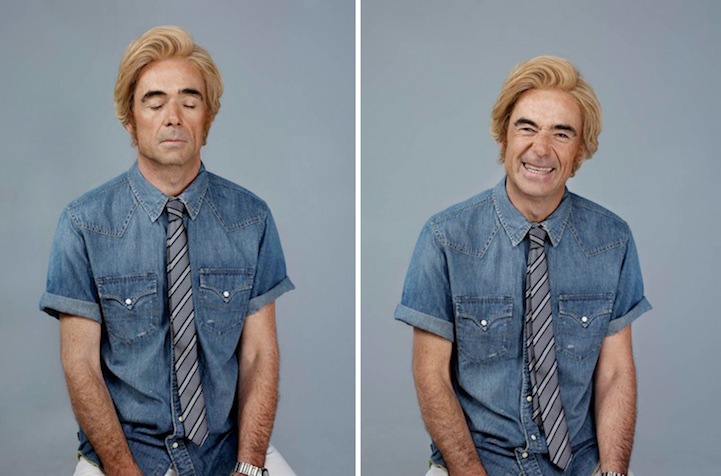 What was it like capturing their priceless expressions?
It was very moving to be part of this project. It was also a very different experience for me. Normally, when taking a portrait, you are next to your camera directing the subject. Here I was in a sealed box where I couldn't be seen or really heard.

That being said, the moment the patients opened their eyes it was magical. They knew what their disguise was because they had chosen it yet you see that moment of disbelief as they try to register how fantastic they look. The video was shot at very high speed, but this all happened in a fraction of a second. Then they would burst out laughing. It was wonderful. 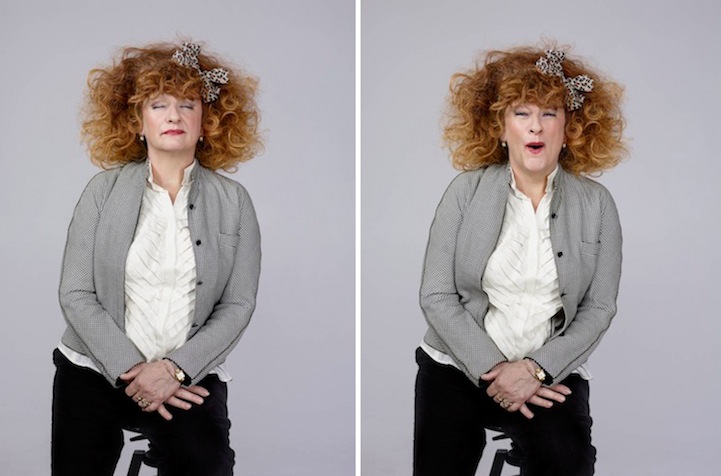 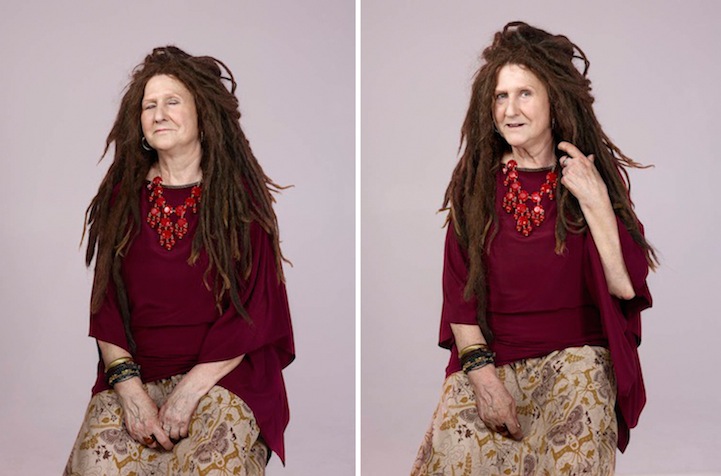 What was the general feeling in the air?
There were about 15 people working on this shoot. The fantastic Gregory Kaoua was doing the wigs, we also had make-up, styling, video, art direction, photography, etc. Everybody was working hard. As we had been preparing this for over six weeks I think that we were happy to be finally doing the project. Marianne Wagner who runs the Mimi Foundation was there helping the patients and all of us, creating one happy family which is something she does very well. It was beautiful but bittersweet, not everyone would get to see their portrait. I cried in my box as I shot Kathy, one of the patients, she was so beautiful. 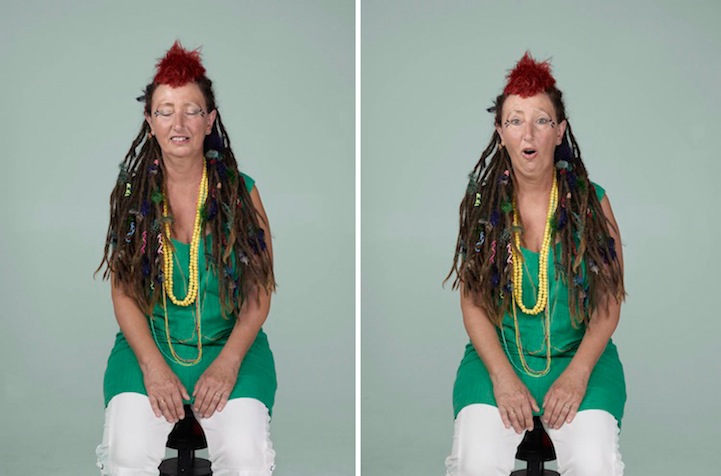 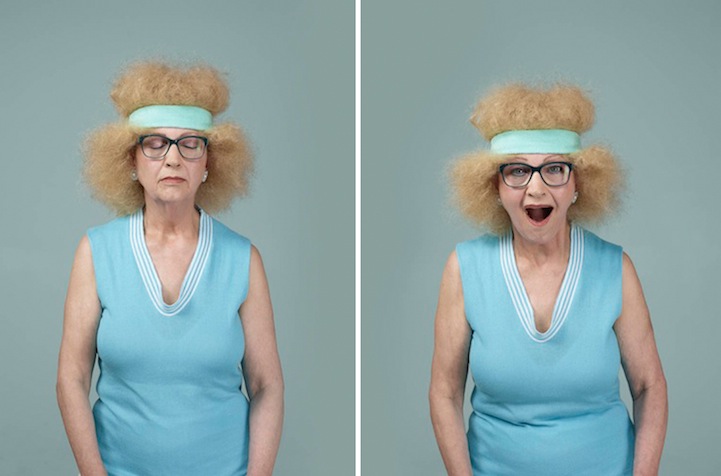 Any last stories you'd like to share?
We shot these over four days, a lot of work went into preparing for the photos, which finally took just a few minutes. Quite often as a photographer you dominate the scene as you direct and create a mood. Here I tried to be invisible, which was helped by the box, allowing the subjects to quietly discover themselves in their dream disguise. Sometimes less is more and you just appreciate that you are part of an incredible experience.