Powerful Vintage Photos of Soldiers Kissing Their Loved Ones 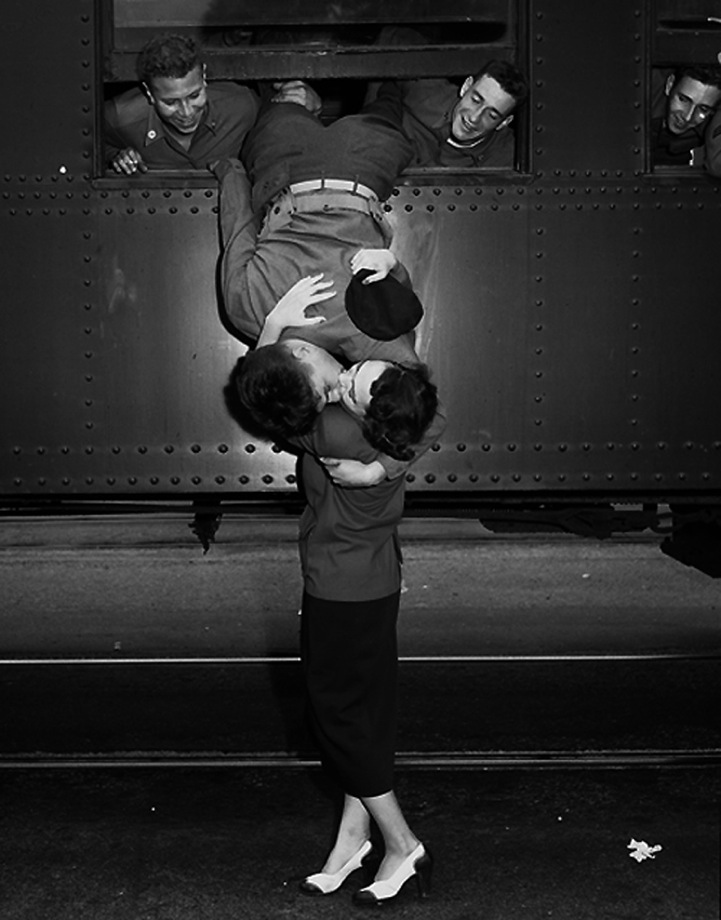 We're all familiar with photographer Alfred Eisenstaedt's V-J Day in Times Square in which a sailor returning from a victory in Japan is dipping and passionately kissing a young woman in Times Square. While it's a fantastic and memorable photo, indicative of the patriotic passion, pride, and relief felt by Americans welcoming their victorious troops, it's not the only one of its kind. There are have been many photographic captures of soldiers smooching women upon arrival and departure, whether they be sweethearts or strangers.

Photojojo, an insightful photo blog, recently shared a few images of these World War II-era military men putting in some literal lip service as they board their trains to go off to war. Though there wasn't much info on any of the photos, a little research goes a long way. While on the hunt to discover the stories behind each of these captured moments, I came across a couple more images that are just as touching and look like they're straight out of movie. Normally, we'd frown upon acrobatics near a moving vehicle, but there's something unabashedly romantic about each of these photographs that swells the heart. 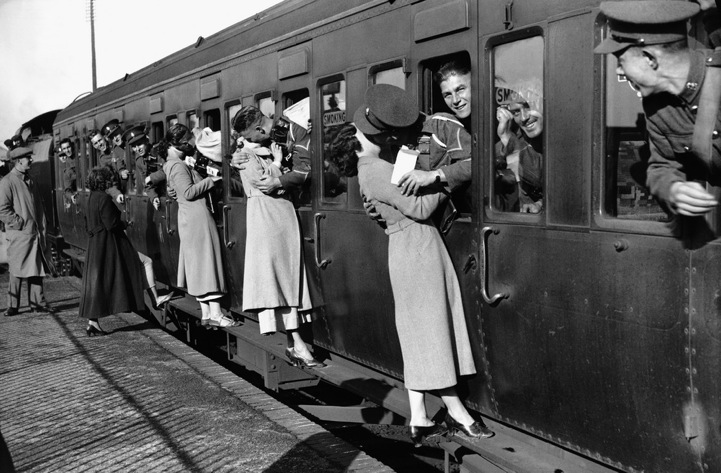 London, 1935 – Soldiers departing for Egypt from Feltham Station lean out of their windows to kiss their loved ones goodbye. ( Hulton-Deutsch Collection/CORBIS) 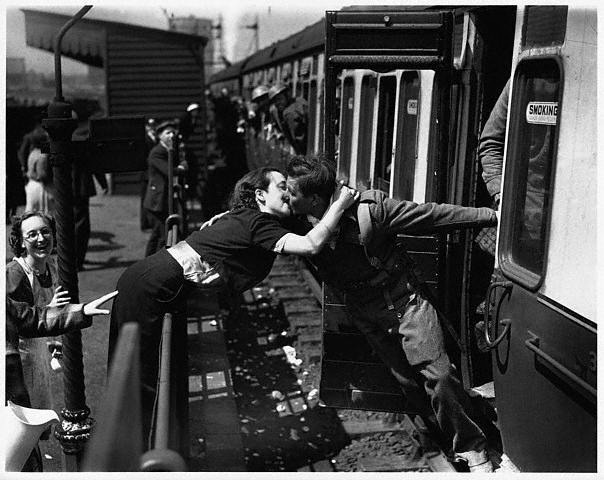 London, 1940 – A woman leans over the railing to kiss a British soldier returning from World War II. 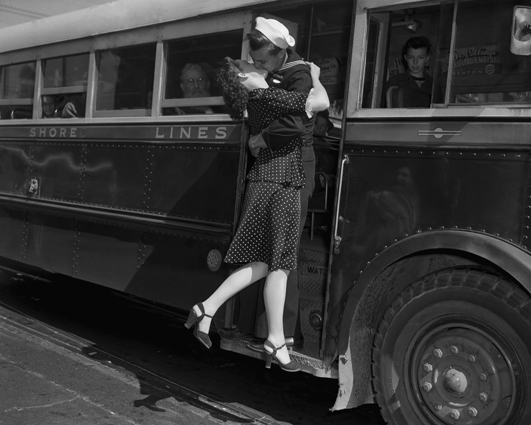 Seattle, 1948 – A sailor kisses a woman as he boards a bus at the Seattle Bus Terminal. 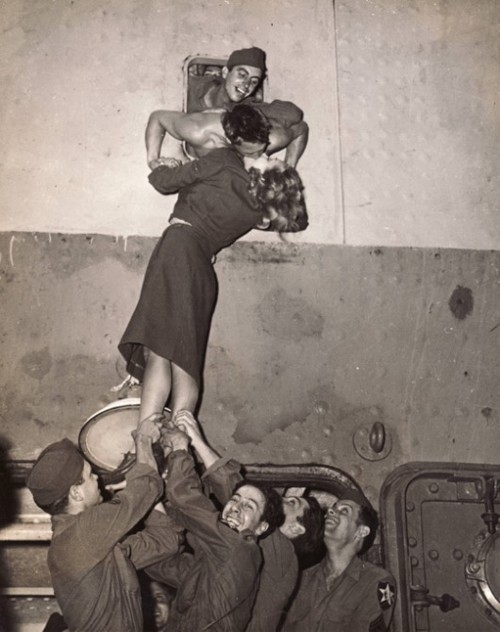 New York, 1945 – Actress Marlene Dietrich is hoisted up to kiss a GI as he arrives home from World War II. 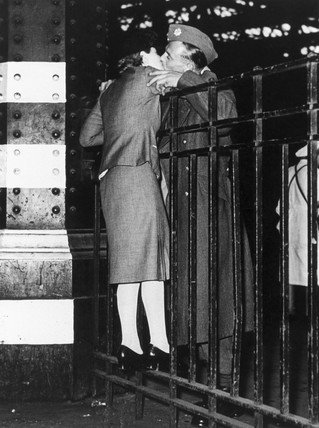 London, 1940 – A soldier kisses his sweetheart over the gates of a London railway station as he heads off to join the British Expeditionary Forces in France.