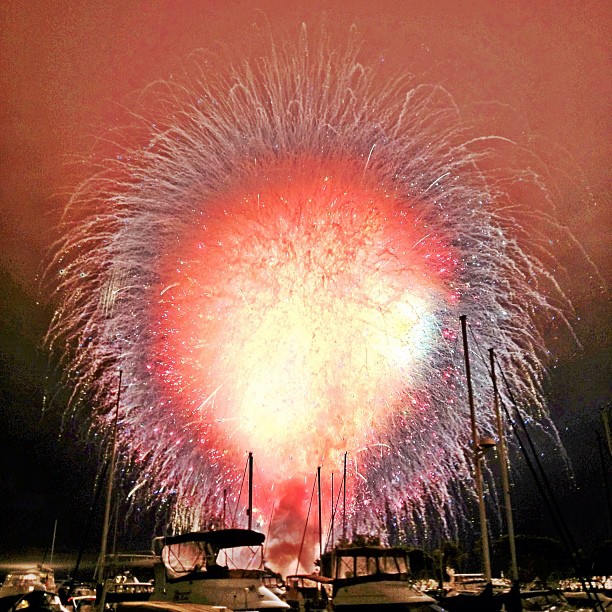 It's the Instagram photo that's soaring through the web. Ben Baller took this incredible shot of one of the biggest fails in fireworks history. Last night, if you were in San Diego you may have witnessed the result of a technical glitch that caused what was suppose to be 18 minutes of fireworks to go off in about 15 seconds. Ironically, San Diego's Independence Day Fireworks spectacular is called the “Big Bay Boom.” It's the largest fireworks display in that city, attracting half a million spectators.

According to Garden State Fireworks, the firm hired by the city to produce the show, “approximately 5 minutes before the show was to start, a signal was sent to the barges that would set the timing for the rest of the show after the introduction…The Garden State Fireworks team will be working throughout the night to determine what technical problem caused the entire show to be launched in about 15 seconds.”

Do you think it was a bust? Guess it depends on your perspective. As one commenter said on this YouTube video titled 2012 San Diego “Big Bay Boom” Fireworks Bust: “Fail? The? title of the video is wrong. More like EPIC WIN.”