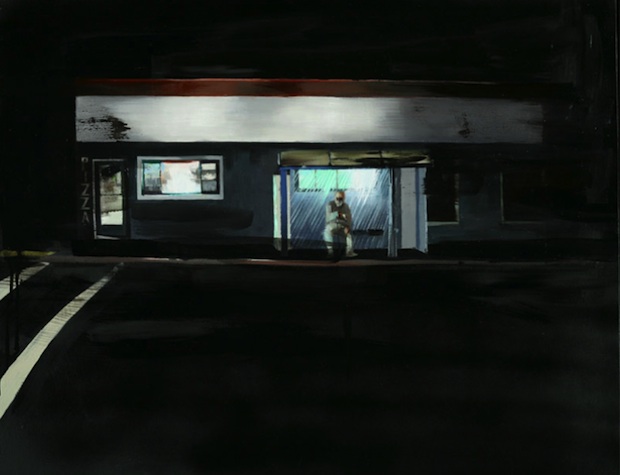 Artist Brett Amory finds stories where most people will never look – in the moments when we're waiting. Where are we all going to and what is it that we're looking forward to next? Why do we all seem to be lost in our owns thoughts? The answers reveal themselves in the slouched shoulders, the worried look, the way we frantically pace along the street. Amory captures this and more in his beautiful paintings.

“Since 2001 I have been developing the same body of work called “Waiting,” a series of paintings about the anticipation of the next moment. While we wait we are waiting for that moment to end. We anticipate the next moment so we are rarely in the present one. We spend so much of our lives coming and going so I paint scenes of traffic, places where we wait to be somewhere else.” 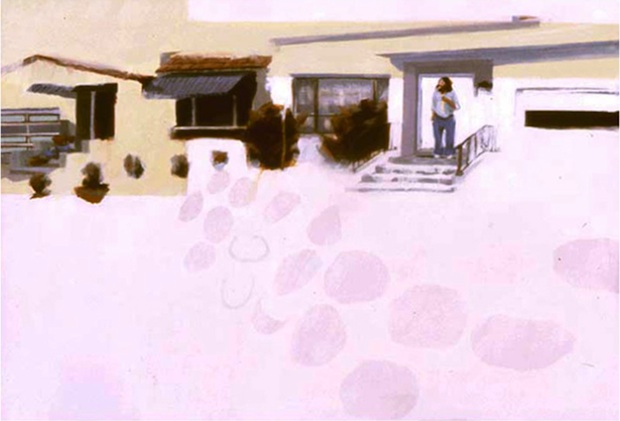 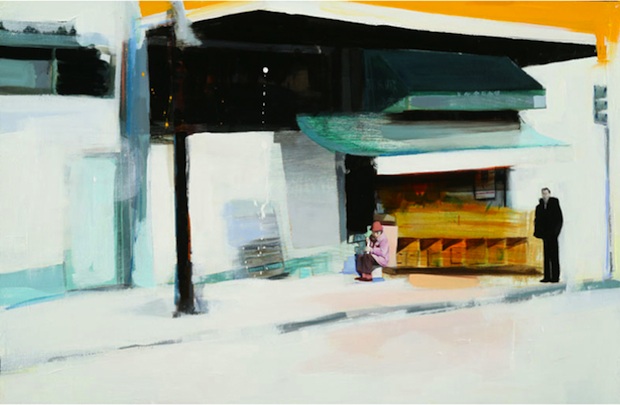 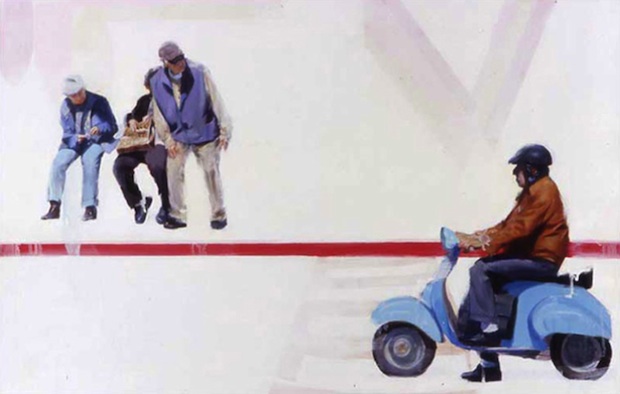 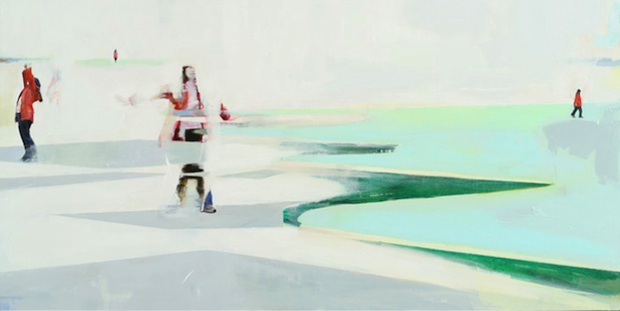 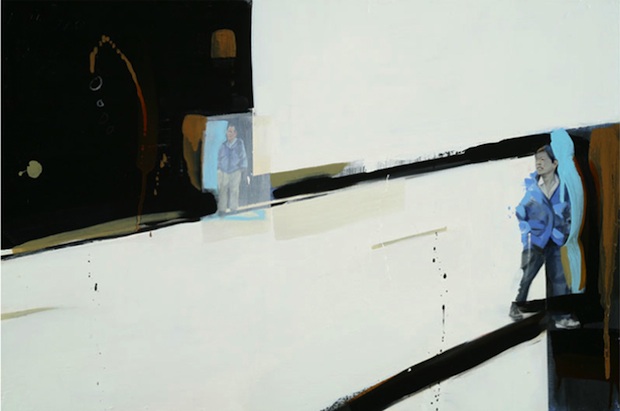 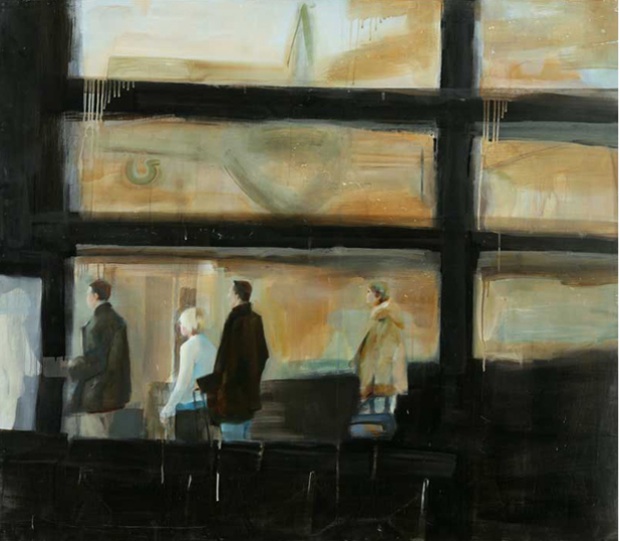 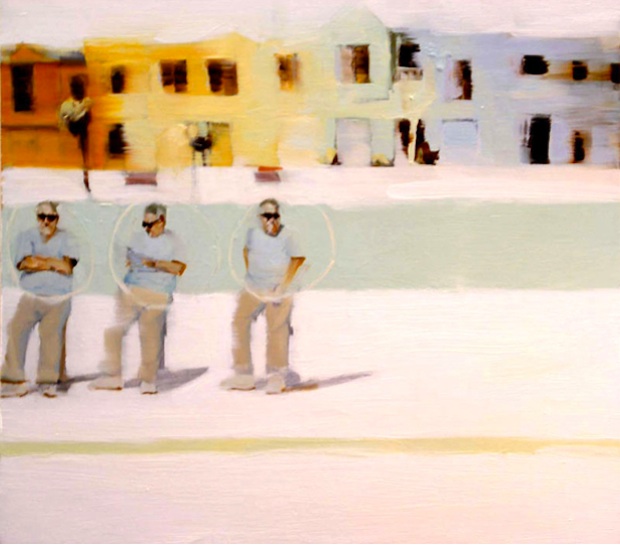 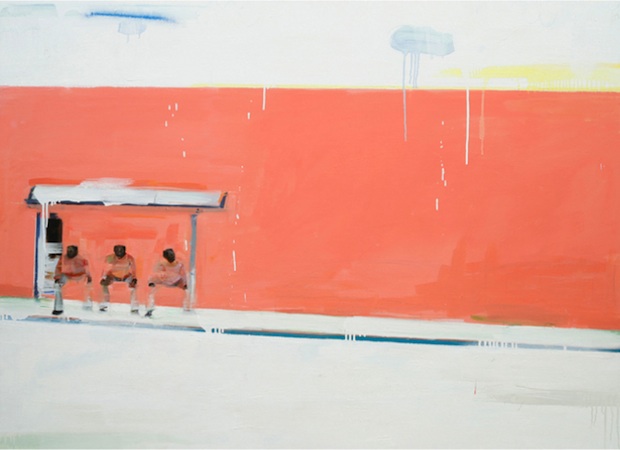 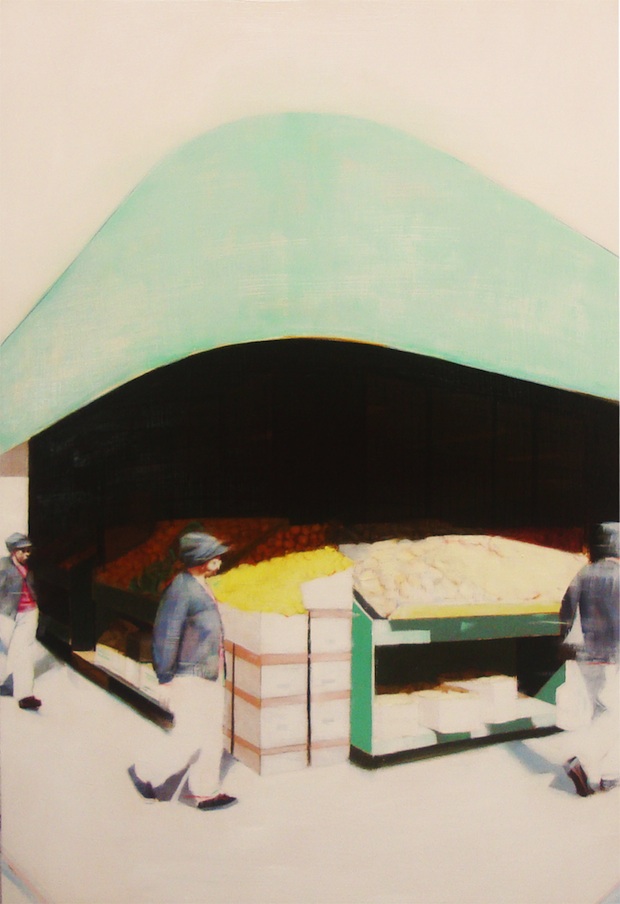 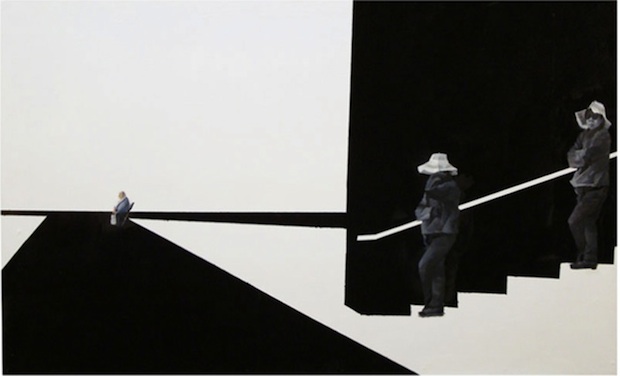 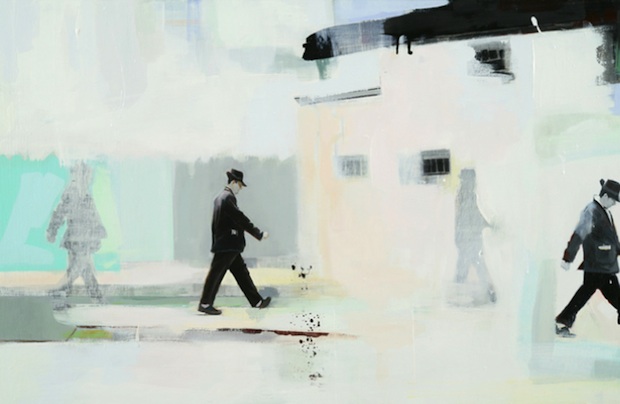 Brett Amory was born June 25, 1975 in Portsmouth, Virginia. When he was 21 Amory moved to San Francisco to study motion pictures at the Academy of Arts. Soon after enrolling in school, Amory took his first drawing class and was introduced to his passion for the arts. Around the time Amoryturned 24 he tried his hand in painting. In 2002 Amory switched his major to fine art and started his first body of work called “Waiting” a series of paintings about the anticipation of the next moment. Amory gathers his source material by taking pictures on the street of people waiting. He gravitates towards visible quirks and, by his own admission, a lot of his subjects are older.

Amory graduated from the Academy of Arts in 2005 and has shown his work all over the country. In 2006 Brett along with five other artists published a book called “Convergence” and had book signings in New York, Los Angeles, and at the SFMOMA in San Francisco. Amory currently works as a graphic designer at an environmental company in San Francisco and continues to show his work in galleries across the country.

Amory will make his debut solo in LA June 11, at Thinkspace in Culver City. Make sure to check it out!