Spectacular Fountain Sprays Water to Look Like a Boat 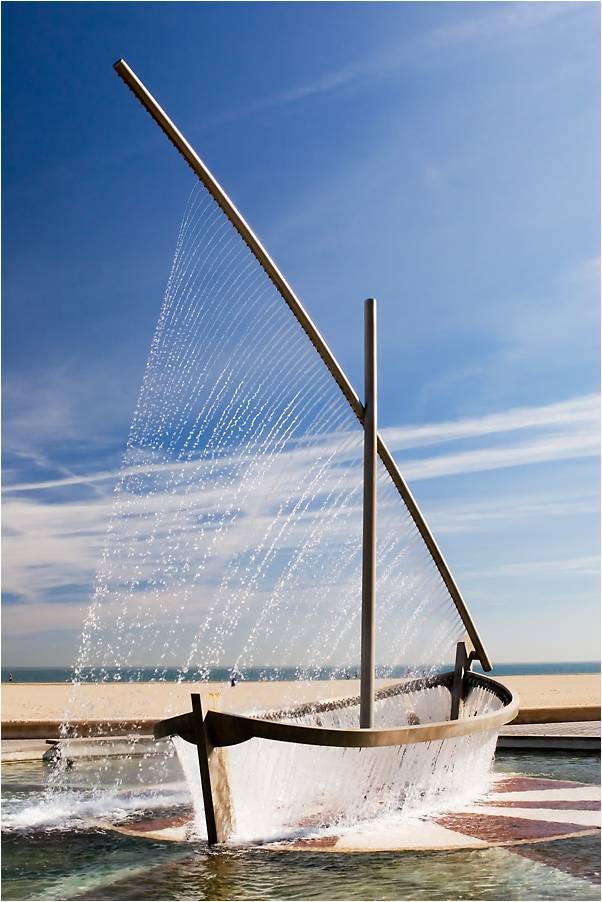 At first, the image above looks like a boat, one that is caught in a soaking surge of water, but it is in fact a cleverly designed fountain sprinkling water out of its man-made pores. Located at Playa de la Malvarrosa in Valencia, Spain and known simply as Water Boat Fountain (or Fuente del Barco de Agua in Spanish) by visitors and locals alike, the sculptural fountain creates the illusion of both the hull and the sail of a boat with liquid jets. One is left baffled by its simple design mimicking the appearance of a sailboat with nothing more than a few rods spraying fine streams of water.

A variety of similar designs of the structure are said to be situated around the world, including one in Portugal and one in Israel, though this one in Spain appears to gain the most attention from foreign visitors. The brilliant attraction invites visitors to take in its surreal appearance, which adds a lively playfulness to the environment. If you don't have the chance to see it in person just yet, you can actually get a wonderful 360 view of the structure on Google Maps. 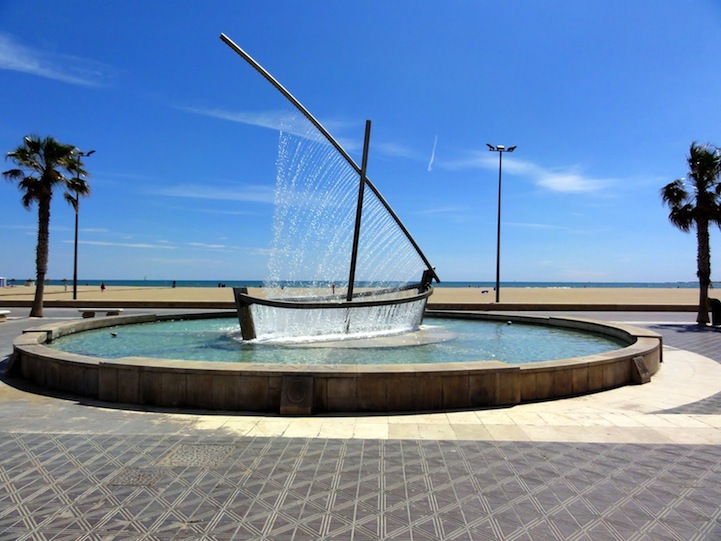 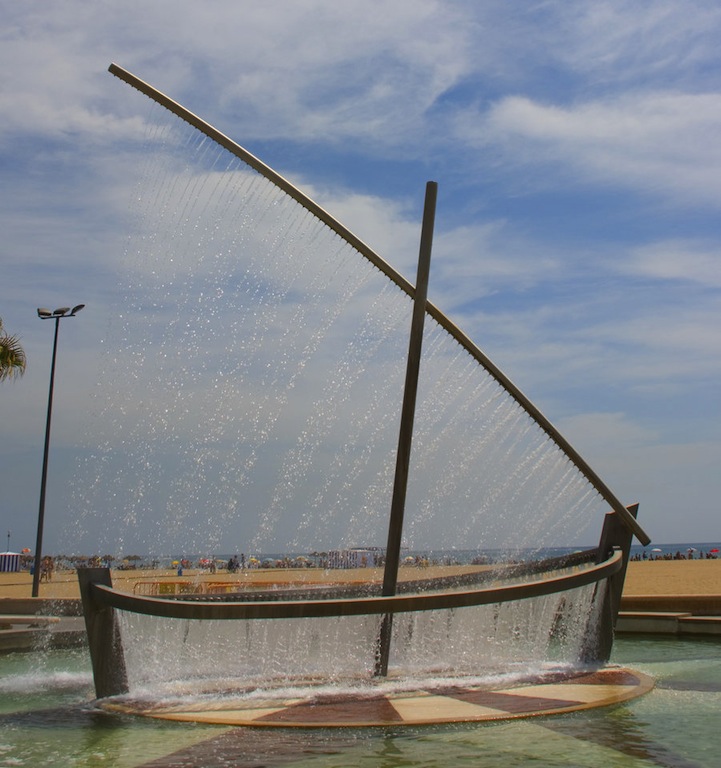 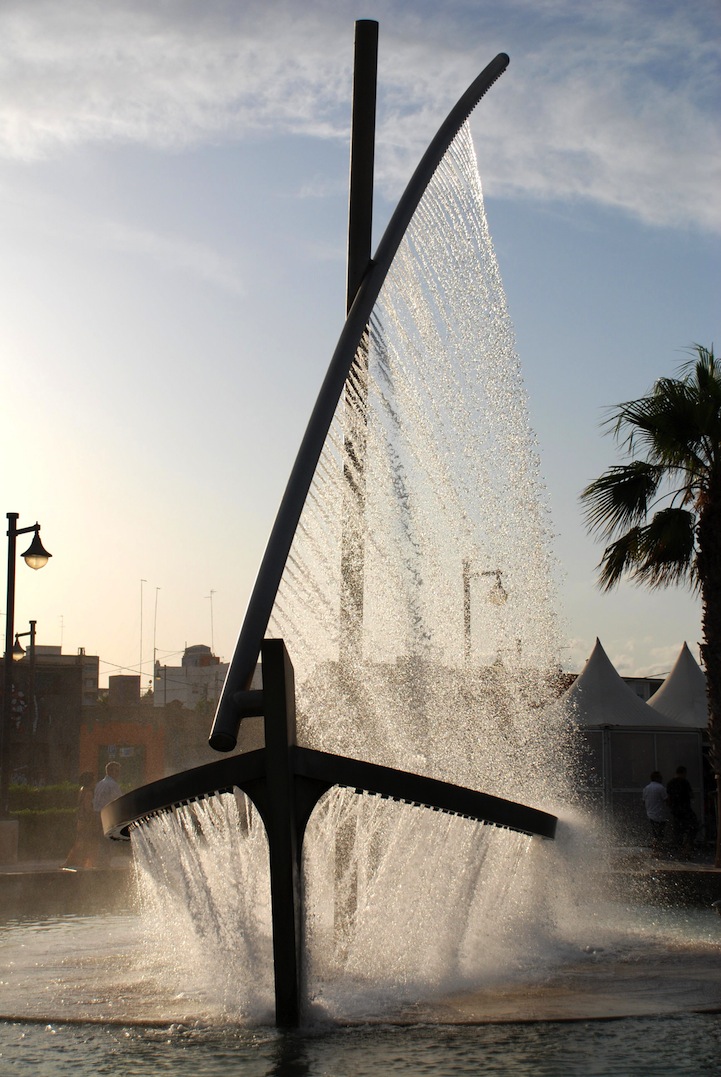 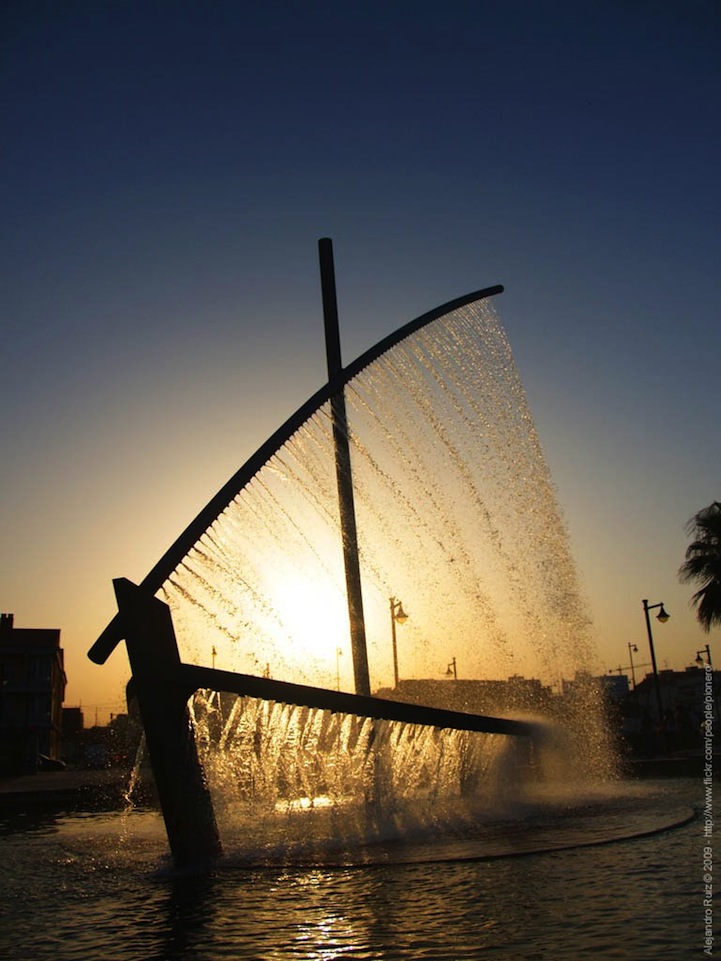 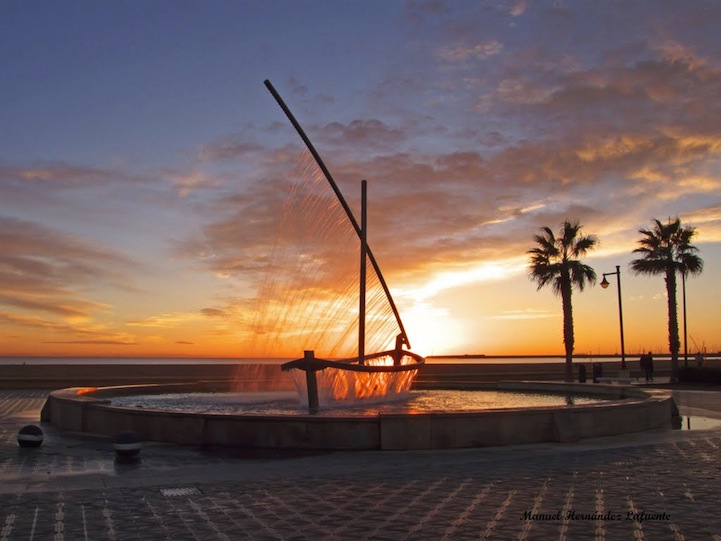 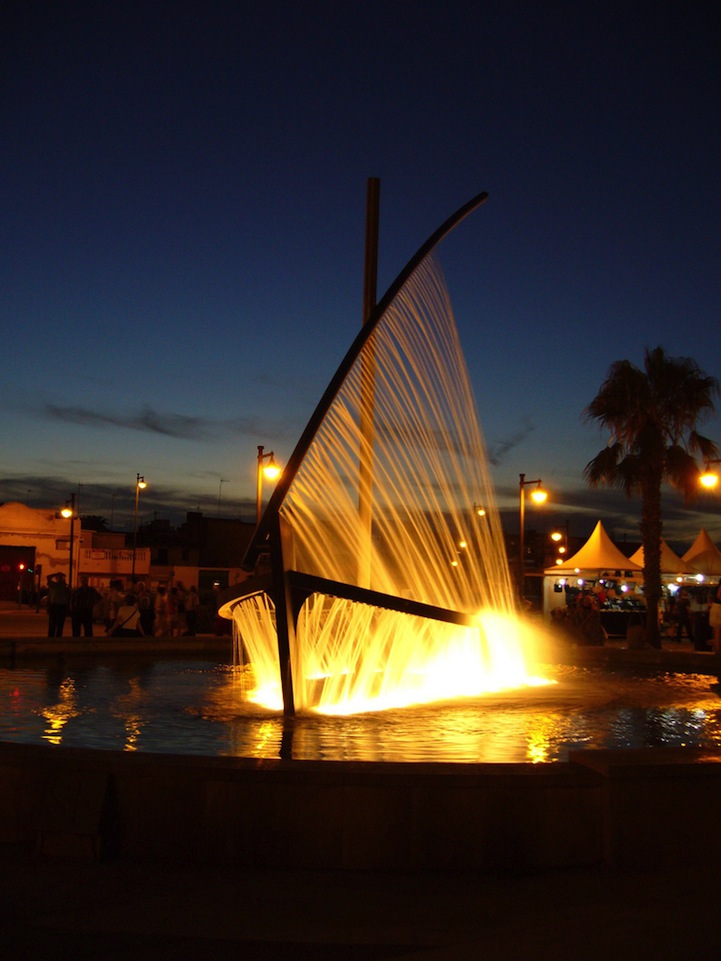 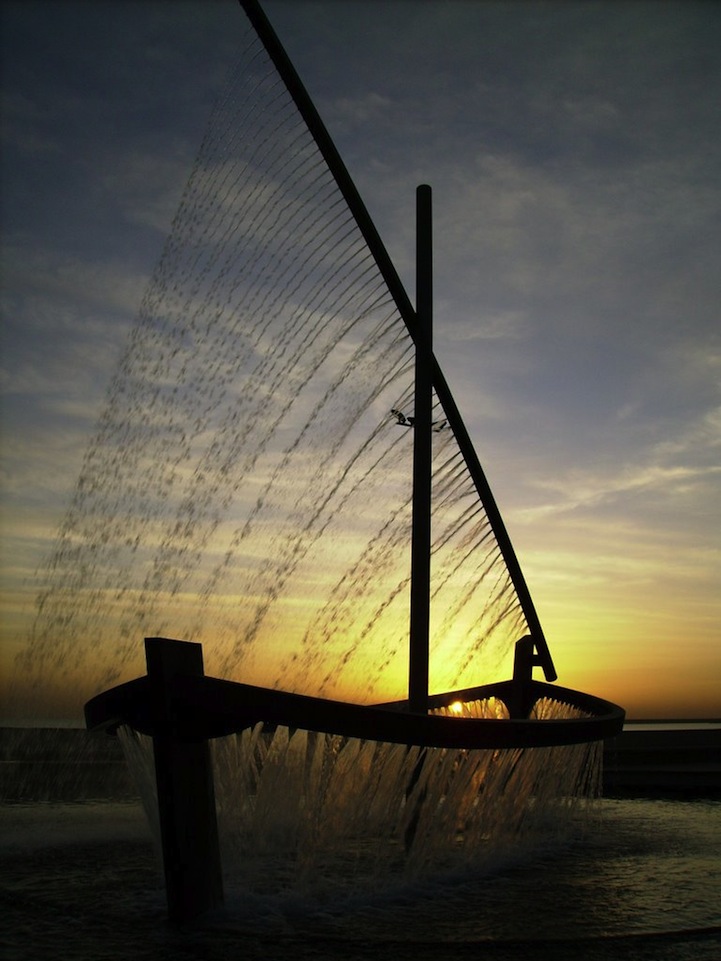 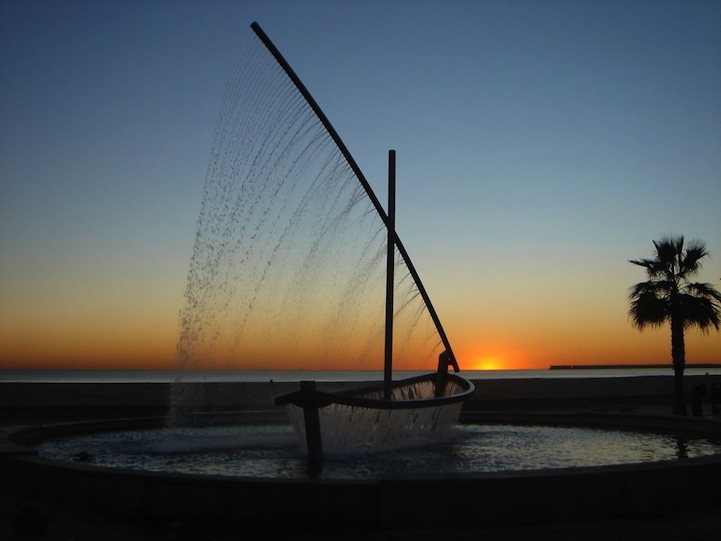 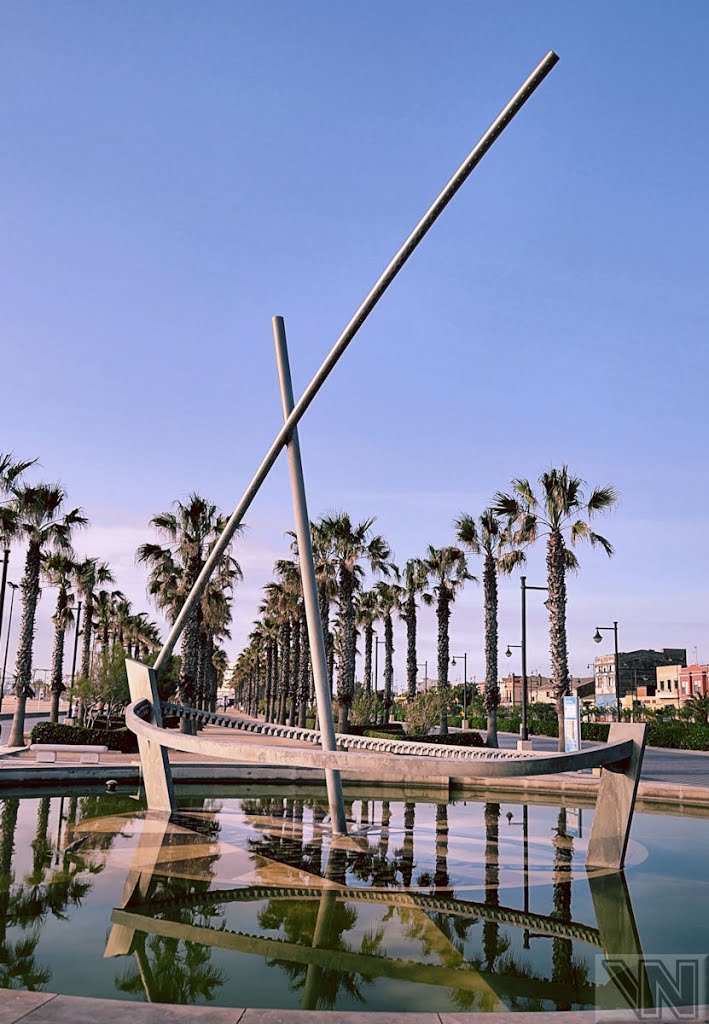 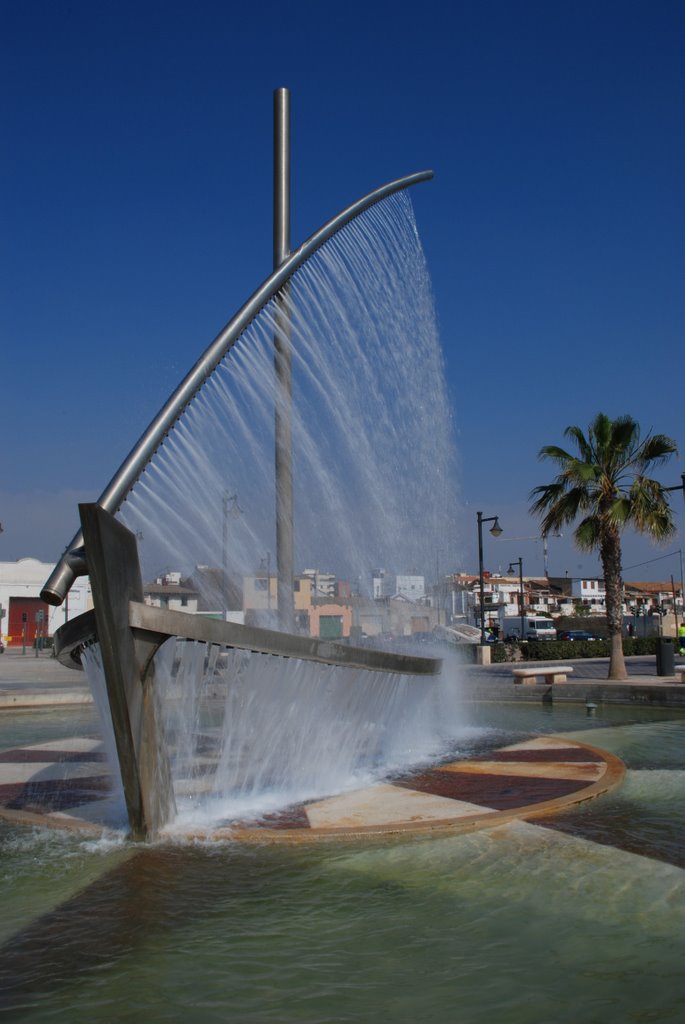 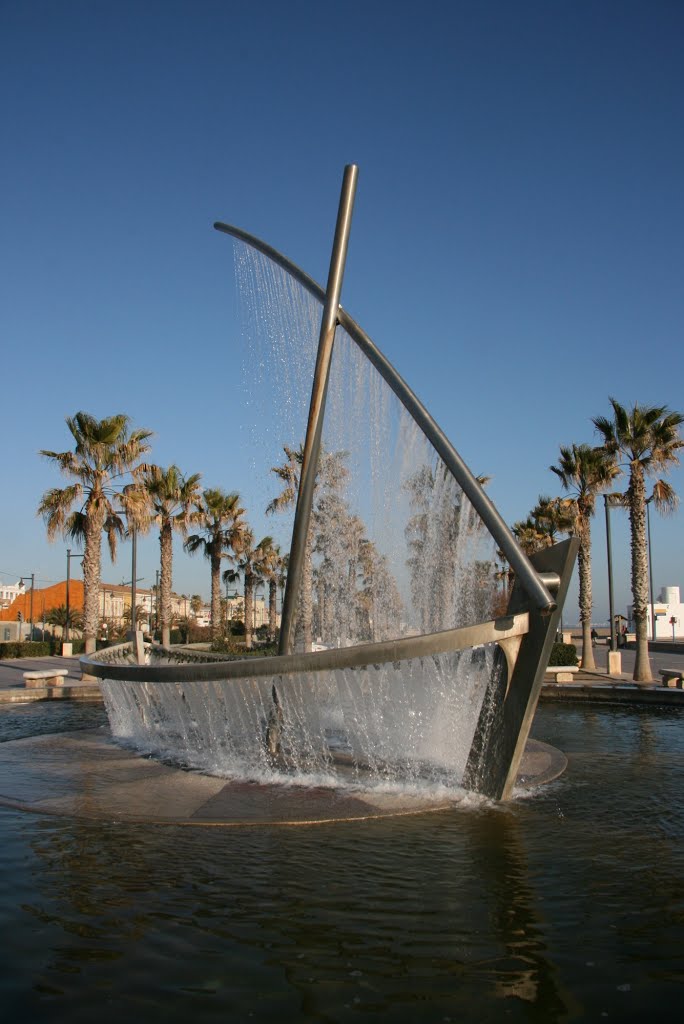