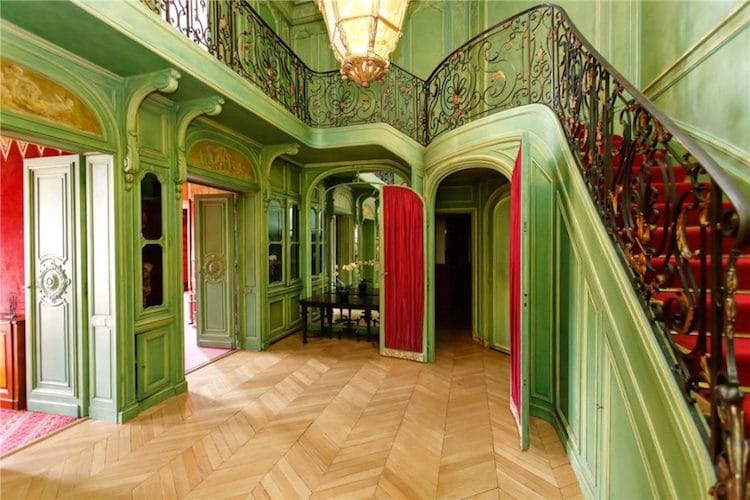 Director Wes Anderson is known for his visually striking aesthetic in both how his characters look and the places they inhabit. There are entire subreddits and Instagram accounts dedicated to finding locales that have the same sort of off-beat colors and vintage-style opulence that make his films so alluring. With projects like Accidental Wes Anderson, however, we hardly ever see what’s beyond the facade of these quirky buildings—until now. A Paris apartment that was recently listed for sale looks like it could be Margaux Tenenbaum’s place.

The spectacular three-bedroom space is a southeast-facing unit that occupies the top floor of a building located in the Passy area of Paris. With the Eiffel tower visible from the apartment, the view alone is worth it. But inside, there’s a lot to marvel over. The entrance gallery is its most striking feature and the most Anderson-esque part of the entire place. It has bright green walls, a parquet floor, and an ornate wrought iron staircase that complements some of the finer details on the wall paneling and hanging light.

The grand entryway is just the beginning. In addition to that space, there’s a large living room, a small living room, a dining room, a master bedroom (with a marble bathroom attached), and a kitchen. Each has wood paneling on the walls and impeccable styling that’s a mix of eclectic findings and bright color pairings.

Complete with a bay window and balconies, this 400 square meter (4,305 square feet) abode will cost you—the asking price is €5,775,000. For those in the United States looking for a Parisian getaway, that will run you roughly $6.72 million.

If you've ever wanted to live like you were in a Wes Anderson film, now's your chance. 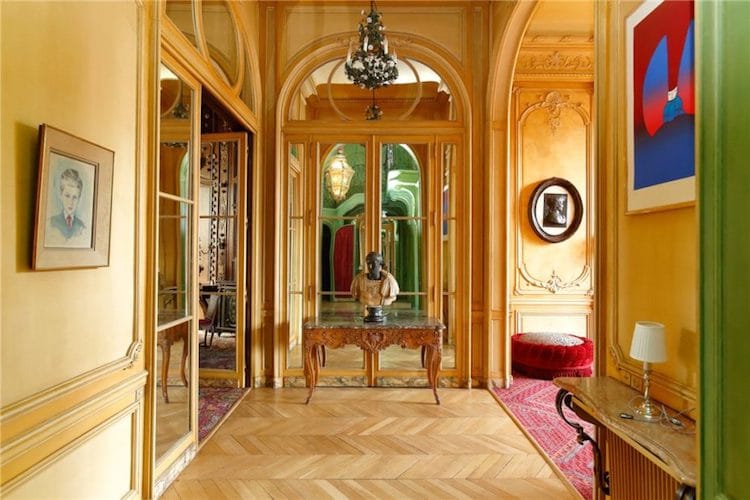 This eclectic Paris apartment is now for sale. 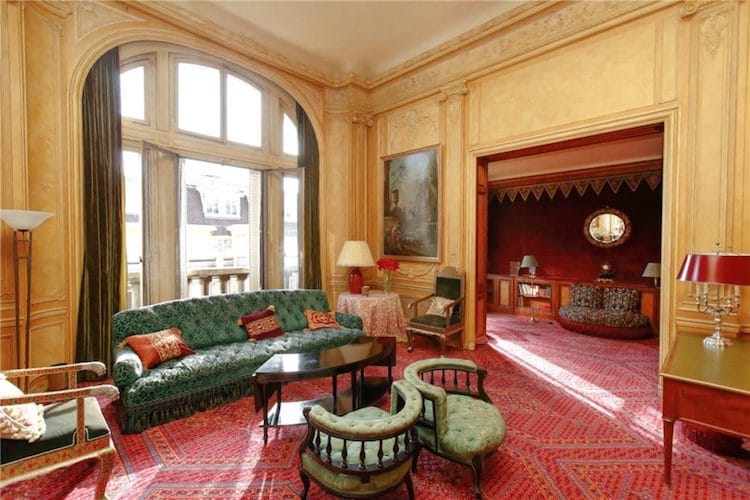 It has the same sort of decor you'd find in one of his films, with offbeat colors mixed with quirky objects. 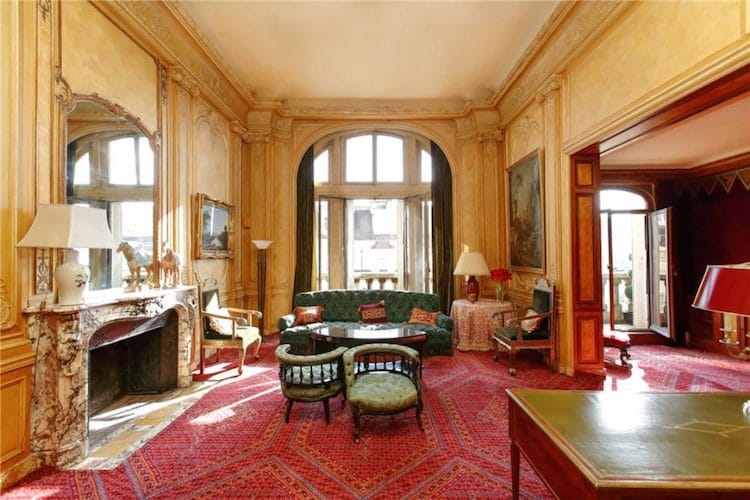 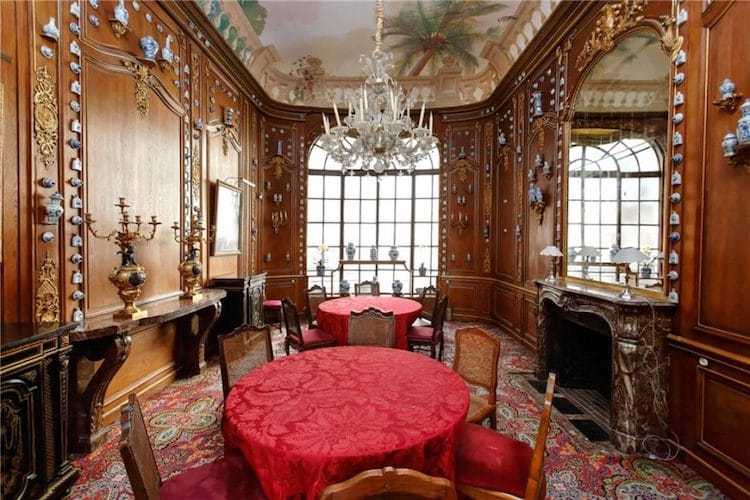 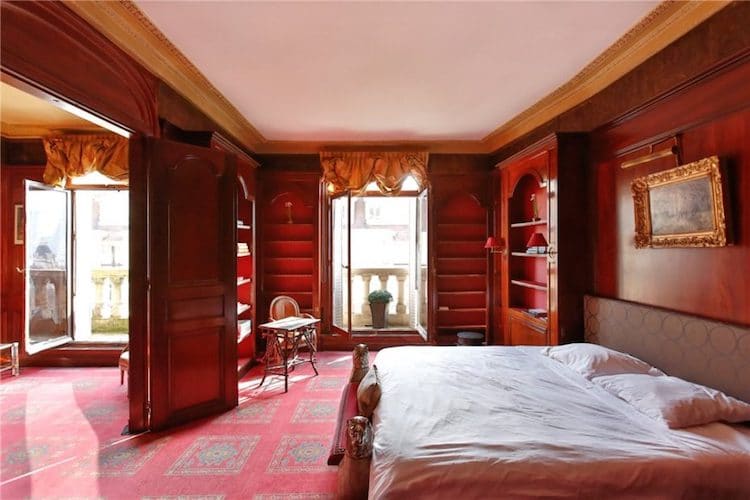 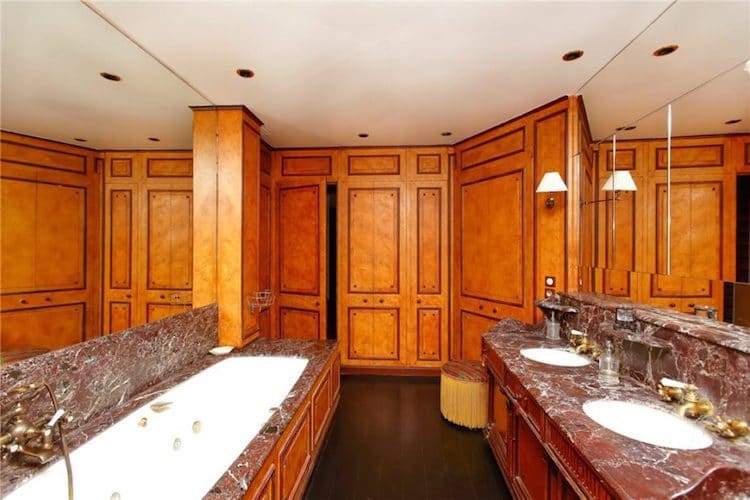 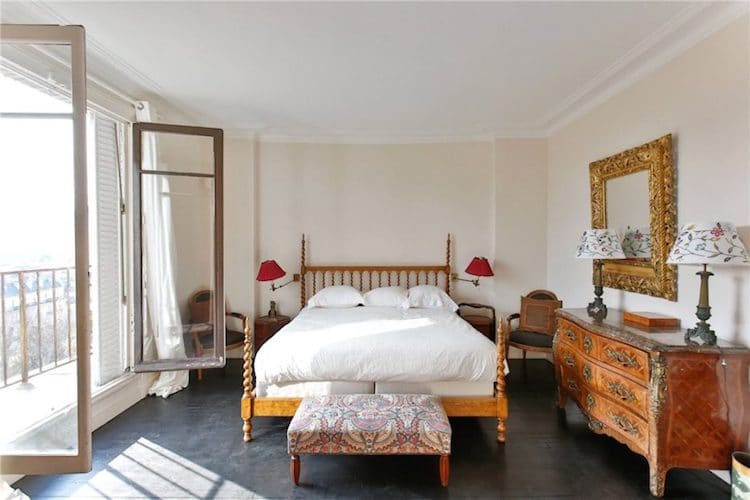 … but just look at that view! 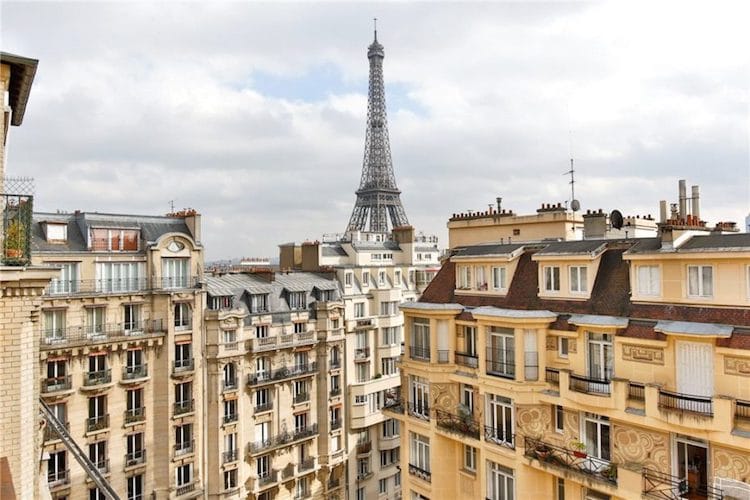 All images via Menager Hug.