By Eugene Kim on December 11, 2010
The entrance to Wikileaks' Secret Headquarters. 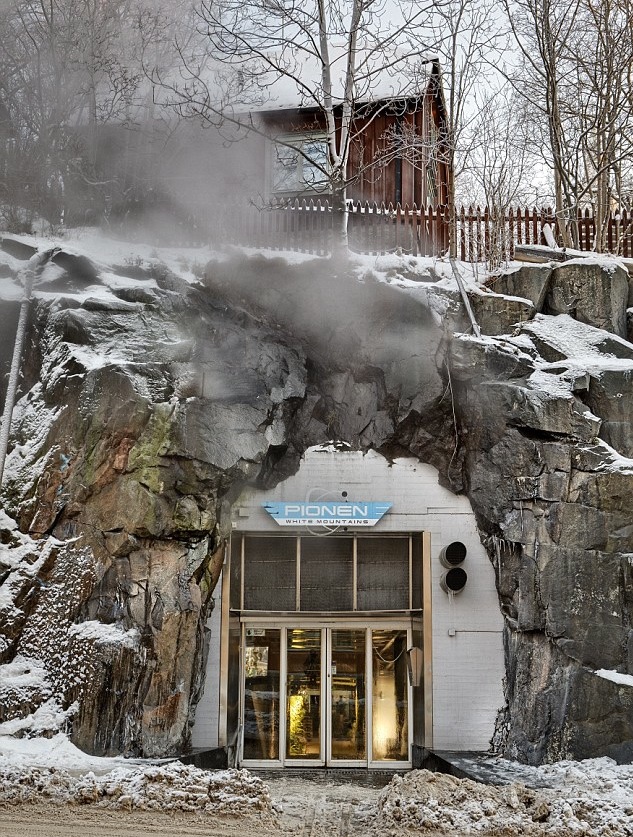 While on the run from Swedish and American authorities, Wikileaks founder Julian Assange hides 250,000 secret cables in this vast cave, drilled into granite under the White Mountains of Stockholm, Sweden. Wikileaks' secret headquarters is located 100ft below ground in a former Cold War nuclear bunker and is complete with a floating conference room, suspended glass corridors, lunar landscape flooring, designer furniture, and German U-boat engines as back-up generators. 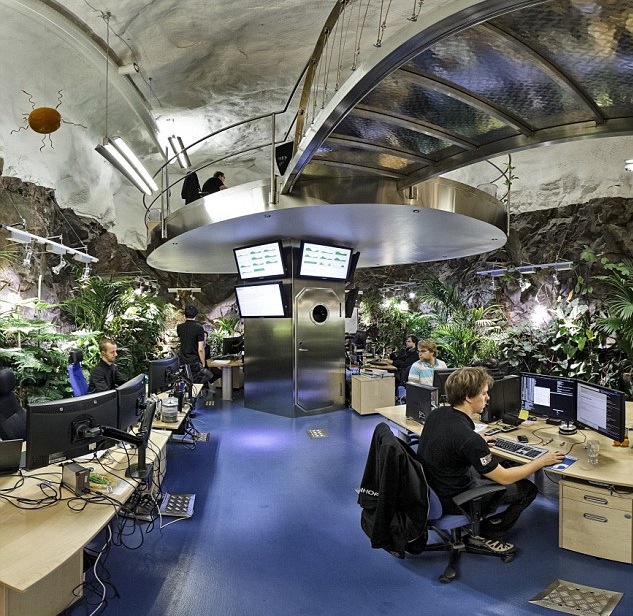 Employees work in the bunker. 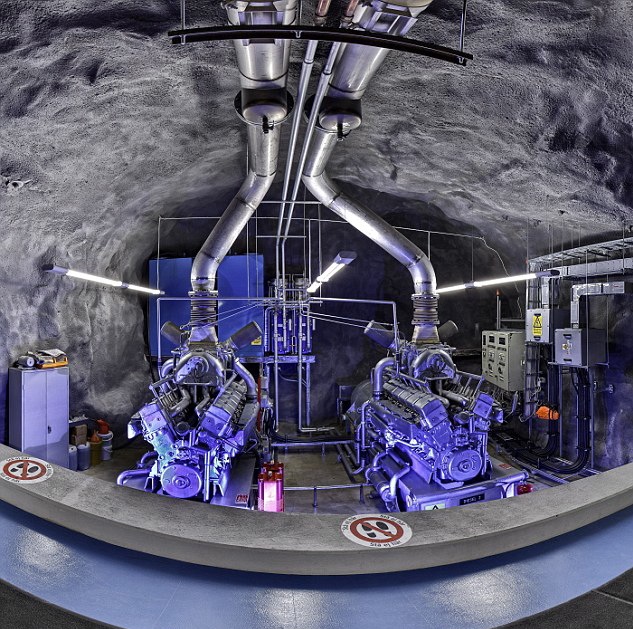 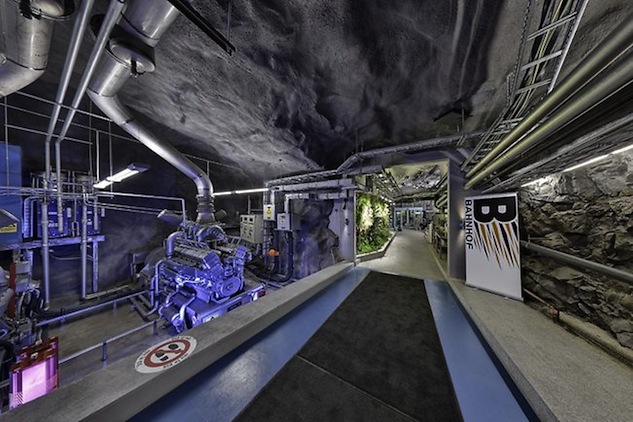 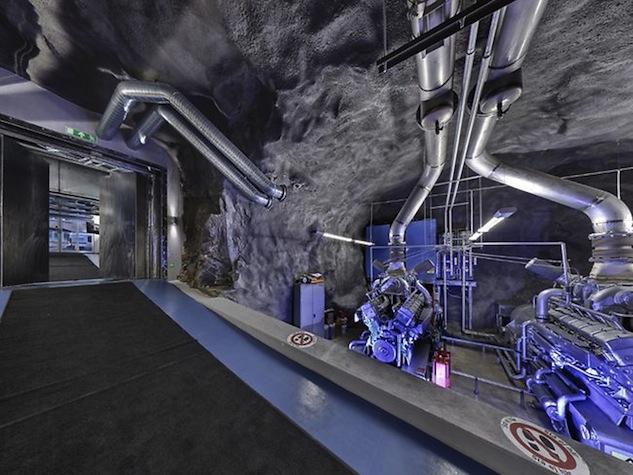 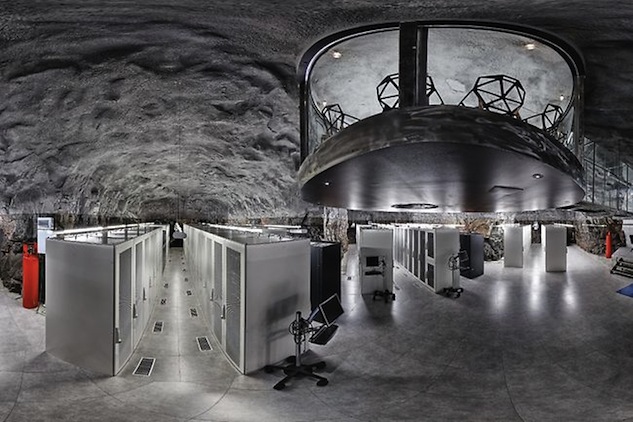 Above the main server room is a suspended glass corridor leading to a round see-through meeting room. 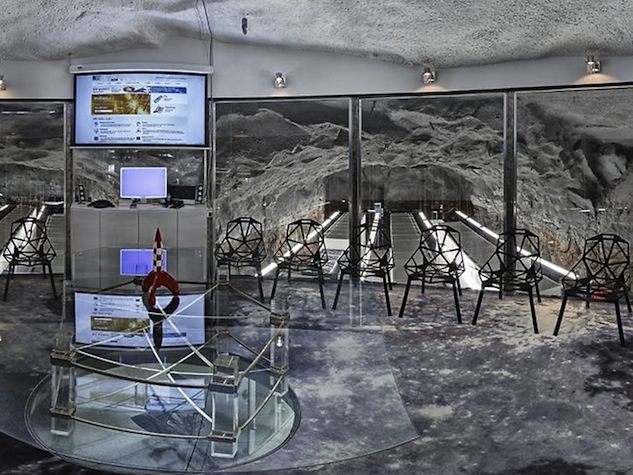 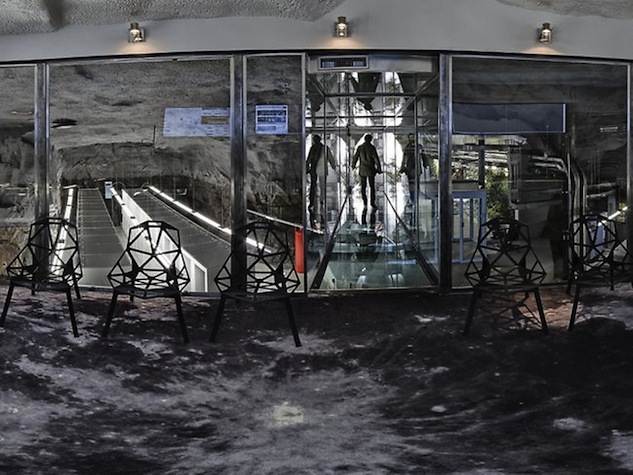 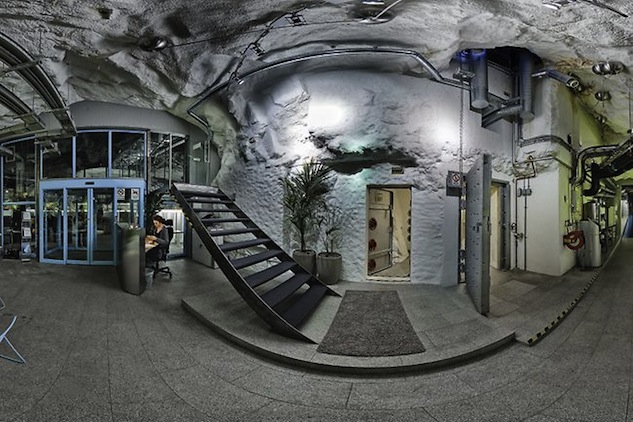 The exterior of the main server room. 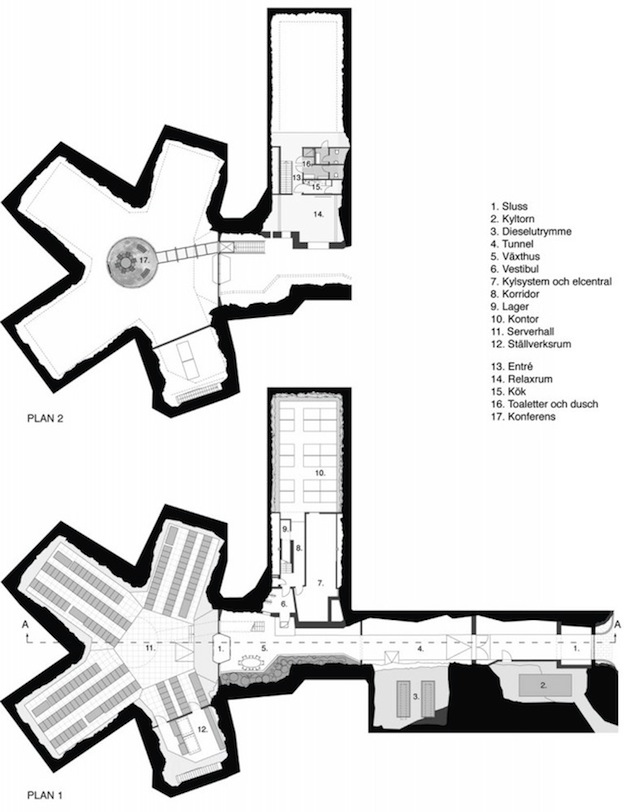