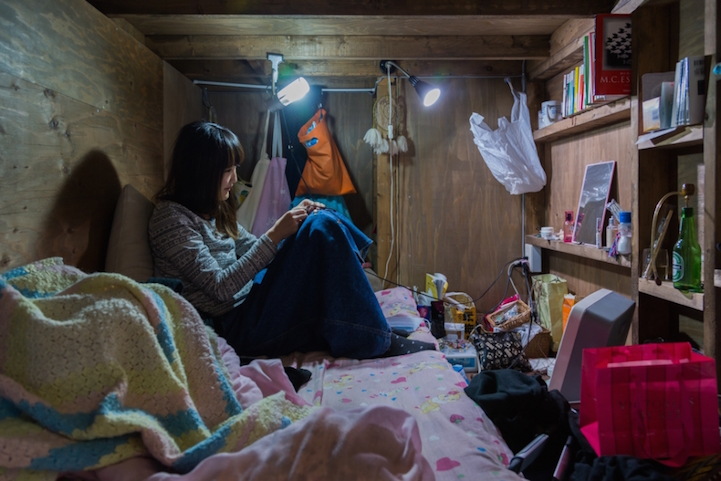 Photographer Won Kim took up residence in a tiny, hidden Tokyo hotel to capture portraits of the backpackers living there for his Enclosed: Living Small series. “This diminutive, bare-bones hotel takes up one floor of an office building,” Kim wrote on his website. “It is composed of a few hallways, along which the proprietor has built tiny living compartments, …none with enough headroom to stand up straight inside. Separated only by unfinished plywood, the spaces have no windows or door, only a curtain at the entrance for privacy.”

Kim had actually stayed at this hotel himself in 2013, which is when he got the idea to start planning for this project. A year later, in November 2014, he decided to revisit the site and visually document an average guest's life in one of these “rooms.” At first, he wasn't sure how he was going to get people's permission to photograph their private, personal abodes, but found an interesting, albeit unusual, way for them to agree. The determined photographer ended up giving each participant a 15-minute shoulder massage.

While the photographer was living in the capsule hotel for his project, he befriended his neighbors. From there, Kim witnessed how each individual transformed their temporary living quarters into a space that reflected their unique personality. “For me, the real interest of the resulting portraits is in how each resident has made use of a such a small, confining space,” stated the artist.

Some of the rooms were sparse and were most likely occupied by people not planning to stay long. Others decorated their rooms with personal items, improvised bookshelves, and hanging wardrobes. Each eye-catching portrait perfectly captures the energy of the various living establishments. One image will come off as chaotic and cluttered, while the next will surprise viewers with its minimalism and simplicity. It is this distinction that makes Kim's work realistic and unedited. 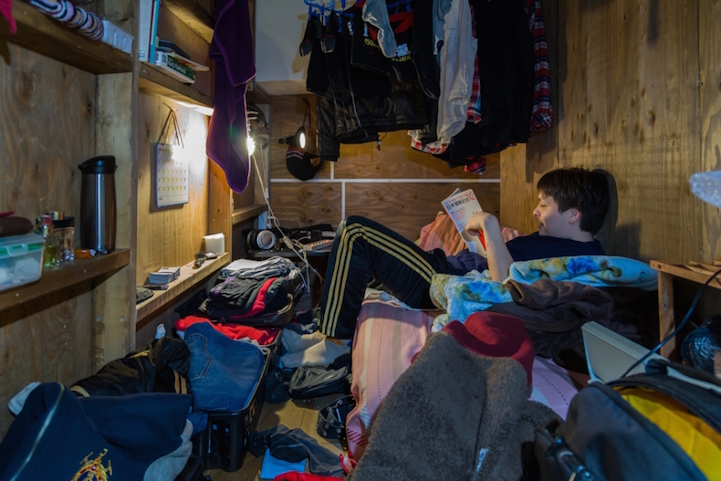 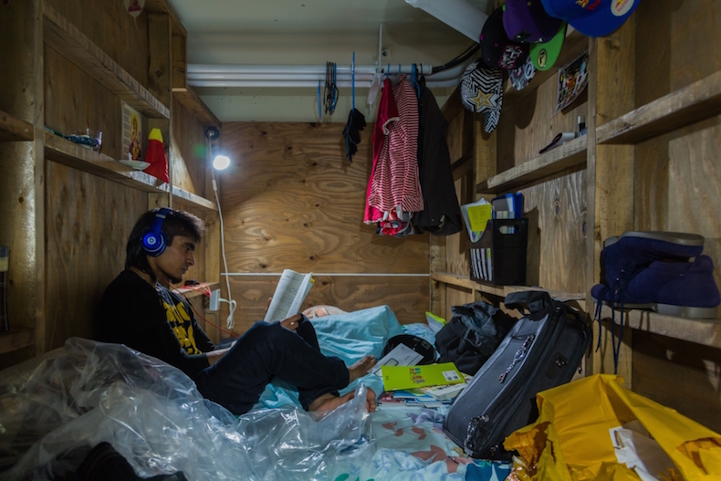 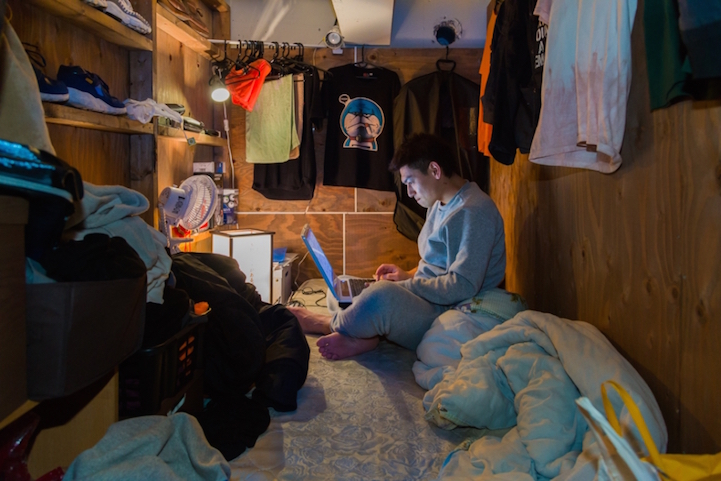 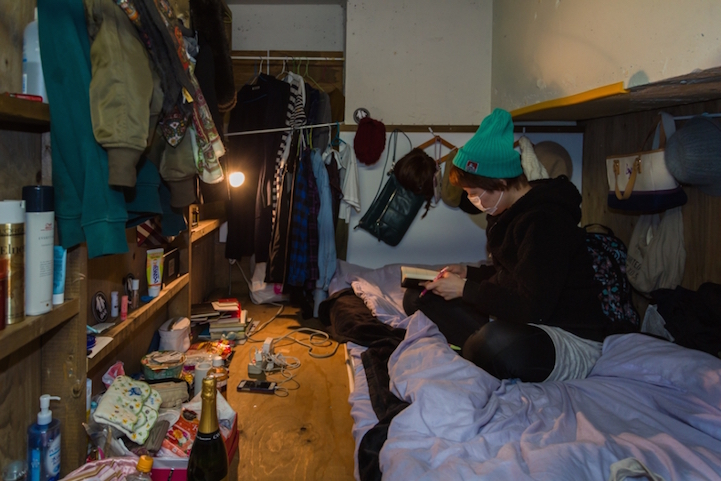 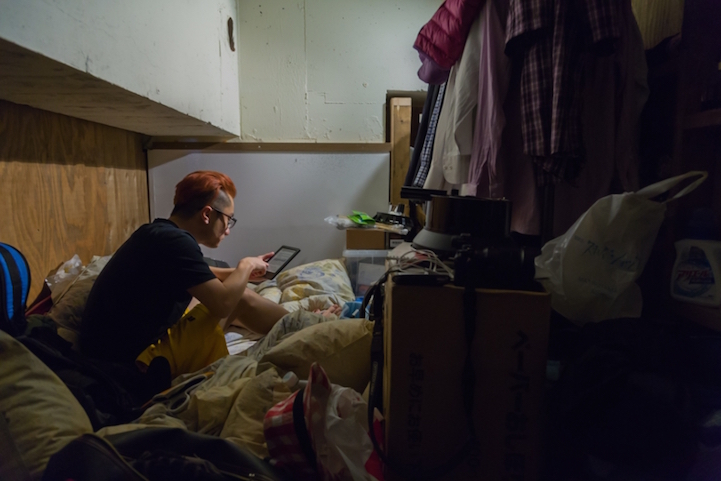 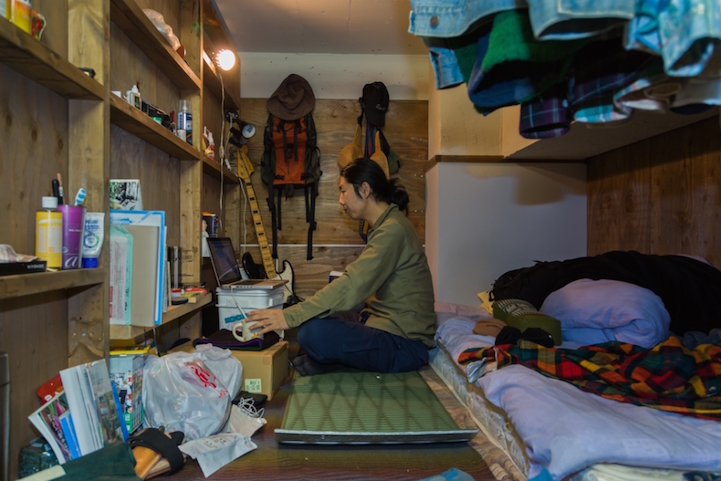 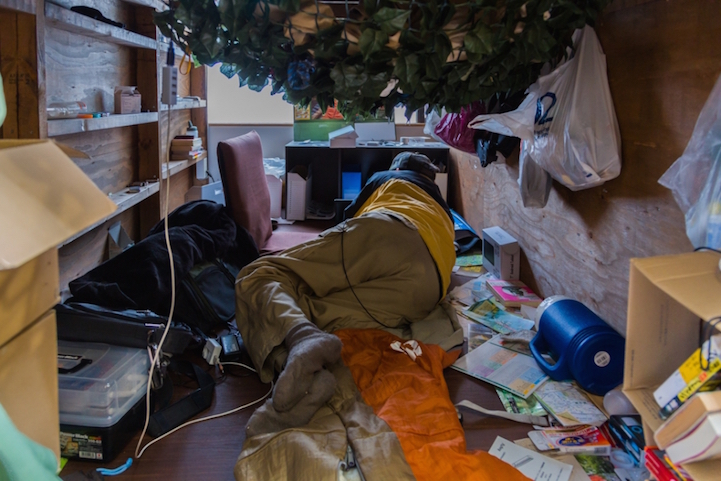 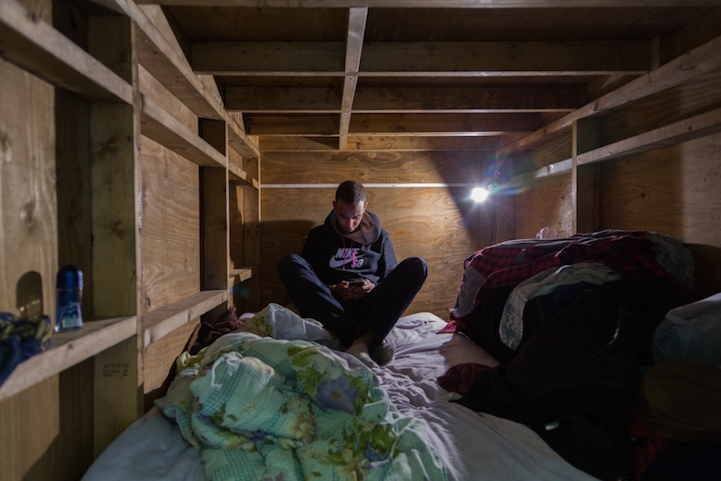 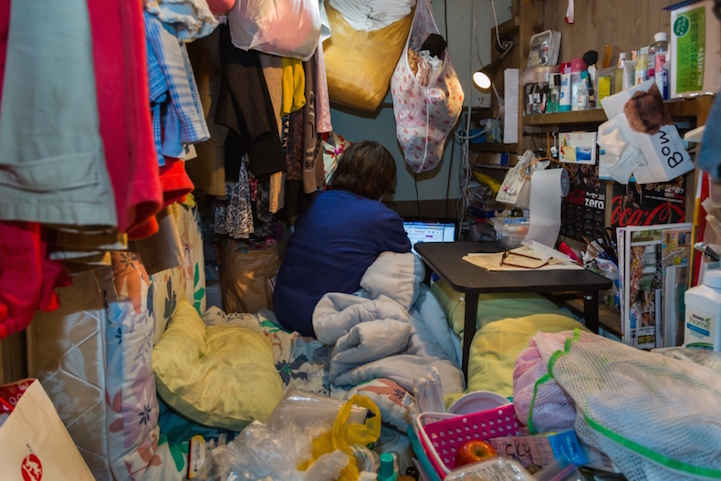 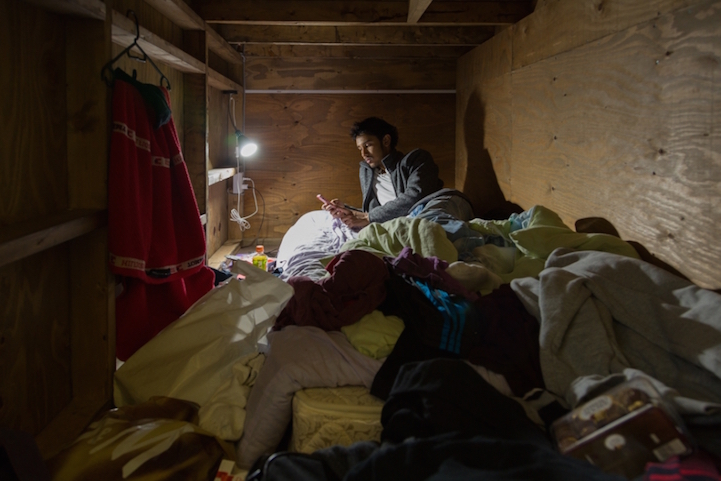 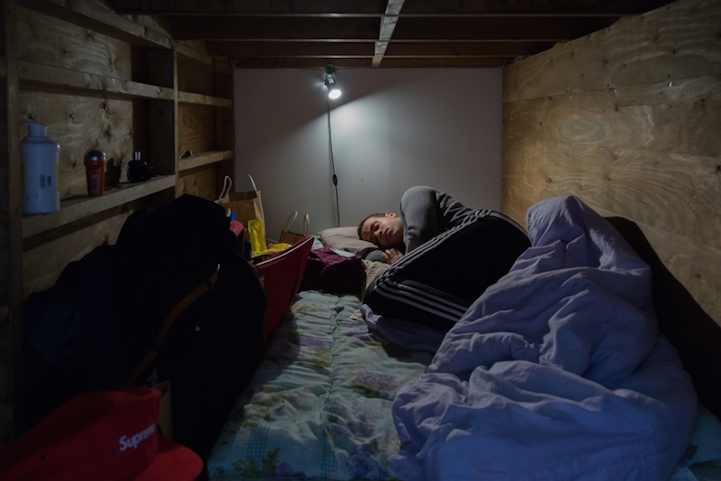 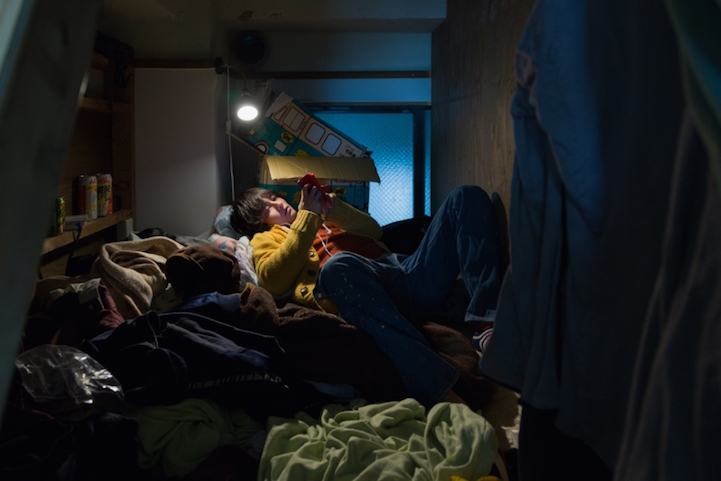