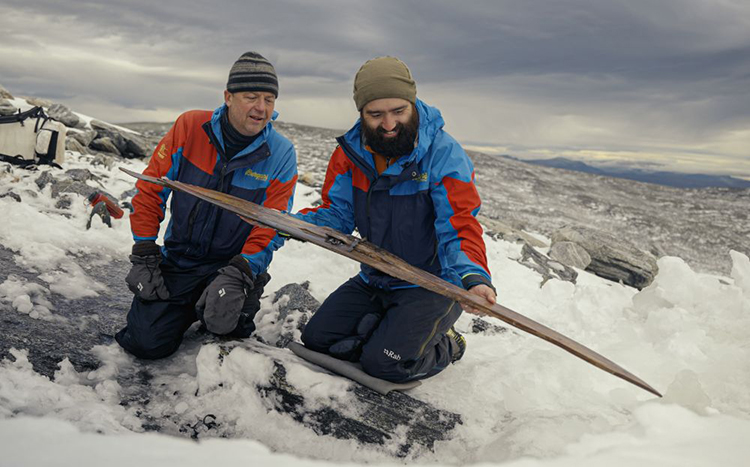 Julian Post-Melbye of the Cultural History Museum holds up the preserved ski for his colleague Espen Finstad. (Photo: Andreas Christoffer Nilsson/Secrets of the Ice/Museum of Cultural History, Oslo)

Skiing may seem like a modern pastime, but humans have been strapping wood to their feet and gliding on snow for many millennia. Skiing has been a useful—and often necessary—mode of transportation since at least 6,000 BCE. However, most ancient skis are only known through rock art depictions and fragments of wood. This makes a recent finding by a Norwegian team of archeologists all the more exciting. The team discovered an incredibly well-preserved 1,300-year-old ski frozen in the ice, not far from where its long-lost mate appeared in 2014. Together, they form the oldest pair of intact skis ever discovered.

The exciting find is detailed on Secrets of the Ice, a blog run by “archeologists of glaciers.” The researchers are part of the Glacier Archaeology Program, a joint-endeavor between the Innlandet County Council and the Museum of Cultural History at the University of Oslo. The remains if viking settlements and other artifacts lie beneath the abundant (but melting) ice of Scandinavia. In 2014, a team discovered a lone wooden ski complete with binding made of birch bark and leather. For the past seven years, scholars have kept a careful eye on the Digervarden Ice patch, hoping the matching ski would appear as the ice melts each summer.

In September 2021, the second ski at last emerged. Made of wood and measuring 187 centimeters long and 17 centimeters wide, the ski shows signs it was repaired and well cared for. Skis were likely too valuable to be easily disposed of—the team notes the skis are not identical to one another like modern equipment. The pair dates to the pre-Viking age, about 1,300 years ago. Scholars have postulated that skis might have had fur on the underside to provide grip going uphill. However, a deep groove in the Norwegian pair suggests this may not have been the case.

The discovery of the skis are wonderfully informative about the past, but they do also lead to more questions. Whose skis are these? The identity of the skier remains unknown. How did they come to be abandoned or lost on a snowdrift many centuries ago? Likely, the skier was using the route across an iceberg as a path or hunting ground. At present, the ice has not yielded any clues. It is possible that the skis were lost in the snow or that their owner had an unfortunate accident or encounter. As the years go by, there may be more “Secrets of the Ice” revealed.

Archeologists in Norway discovered a 1,300-year-old wooden ski, not far from where its match was located in 2014. 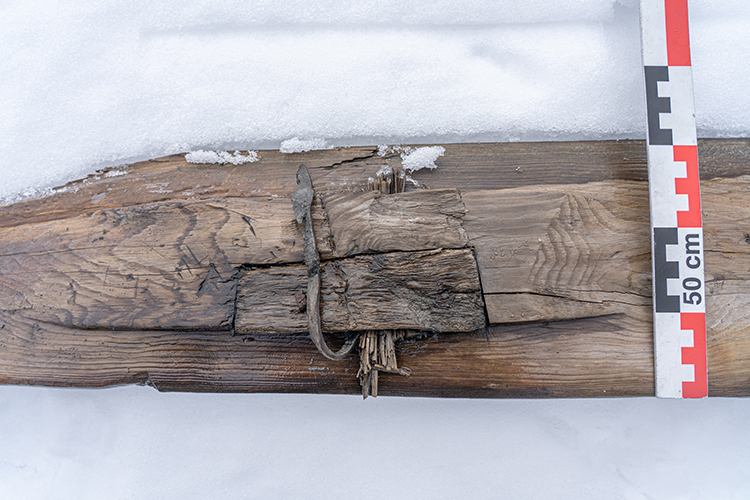 The binding. (Photo: Espen Finstad/Secrets of the Ice/Museum of Cultural History, Oslo)

The pair of skis are the oldest well-preserved example of wooden skis. 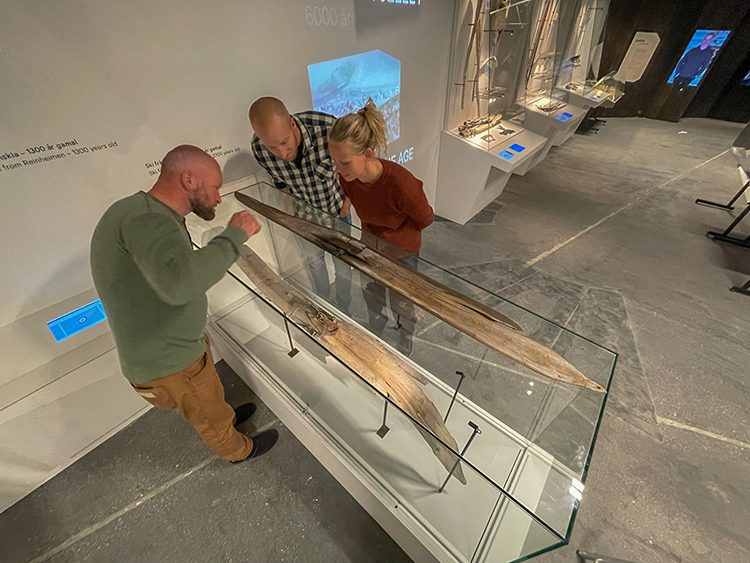 The pair of skis were finally reunited, and the team awaits what other discoveries the ice might yield.