By Madeleine Muzdakis on September 2, 2021 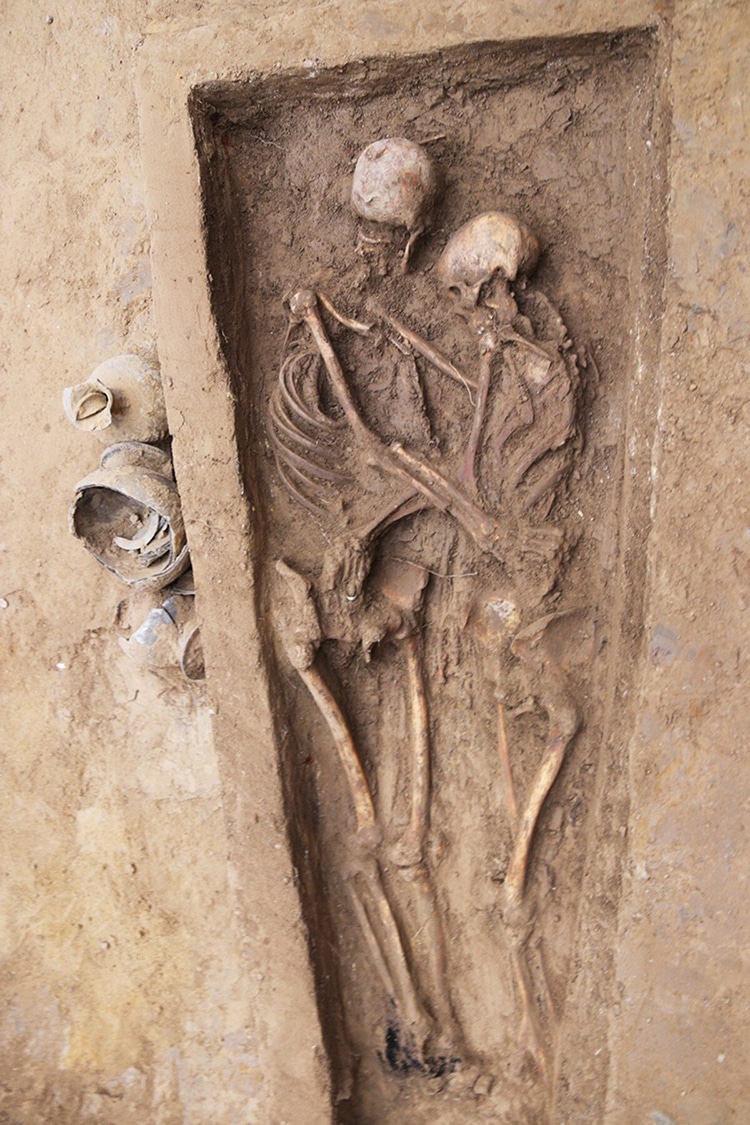 When making their end-of-life preparations, many couples consider options such as purchasing adjoining plots and inscribing sweet inscriptions on a joint headstone. A recent discovery in an ancient graveyard in northern China suggests that this desire to be together forever is not a modern invention. As described in the International Journal of Osteoarchaeology, researchers excavating a 1,500-year-old graveyard in the city of Datong in Shanxi province discovered an unprecedented display of love—a skeleton couple entwined in a tight embrace that has lasted many centuries.

The ancient cemetery being excavated was first discovered through an urban construction project. The roughly 600 common burials are those of the Xianbei (specifically Tuoba), a nomadic population which eventually assimilated into Han Chinese culture over the 5th and 6th centuries. The Tuoba established the Northern Wei dynasty across northern China, from which the era known as the Northern Wei period (386 to 534 CE) takes its name. The Wei rulers embraced Buddhism and built an administrative state.

The burials discovered in Datong contained several couples buried together. However, only the one man and woman were found entwined. His arm lies beneath her, while she rests her head on his shoulder. A researcher from the study, Qian Wang, told Live Science, “This is the first [couple] found in a loving embrace, as such, anywhere, anytime in China.” The team decided to leave the couple's skeletons entwined.

Another intriguing detail noted by the researchers is that the woman wore a simple band on the ring finger of her left hand. Wedding rings were not traditional at the time. However, the researchers wonder whether the ring's purposeful inclusion in the burial signifies the couple's bond. Both individuals appear to have died before the age of 40. The man likely died between 29 and 35 and shows apparent injuries to his arm and finger. The woman shows no injuries and likely died between 35 and 40 years old. The researchers speculate that the pair may have died together of an illness. It is also possible the man died of his injuries, and his love killed herself to be buried by his side.

Co-author of the paper, Professor Qun Zhang, told the South China Morning Post, “During the Northern Wei era, Buddhism was popularized and people’s concepts of the afterlife became more abundant.” The two lovers may have envisioned journeying on together. Themes of love were also already important in Chinese literature and culture at the time. However, seeing what the authors call “a direct materialization of love” is quite rare and heartwarming, even centuries later.

A pair of 1,500-year-old skeletons embracing in eternal love was discovered by researchers in a northern Chinese cemetery. 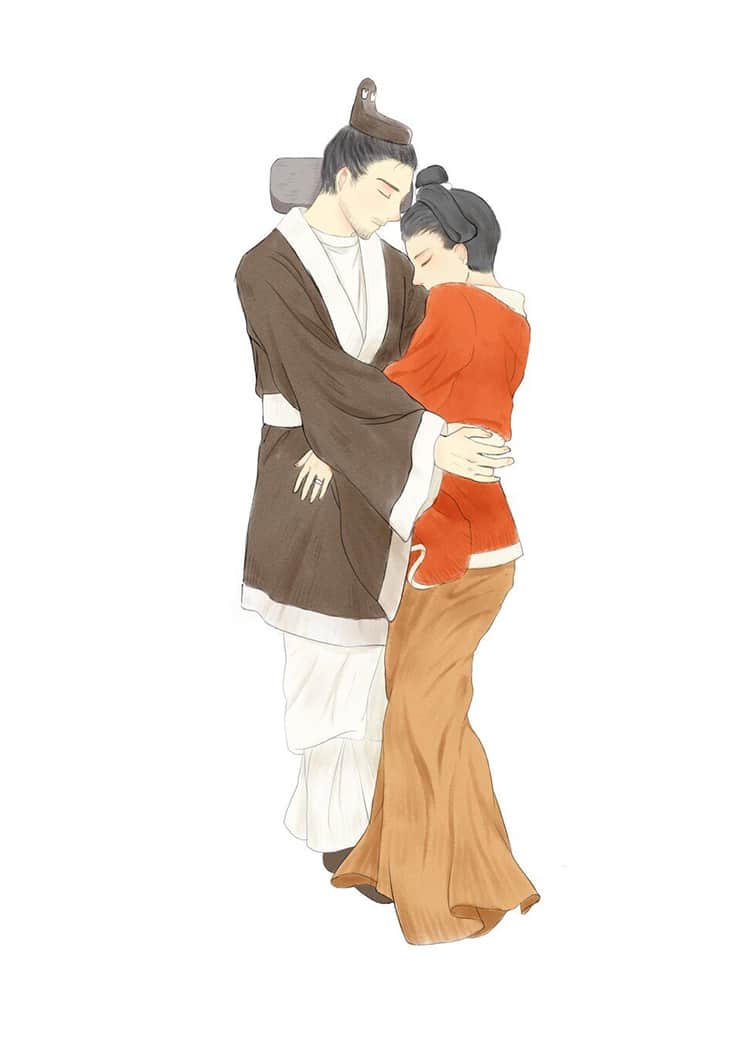