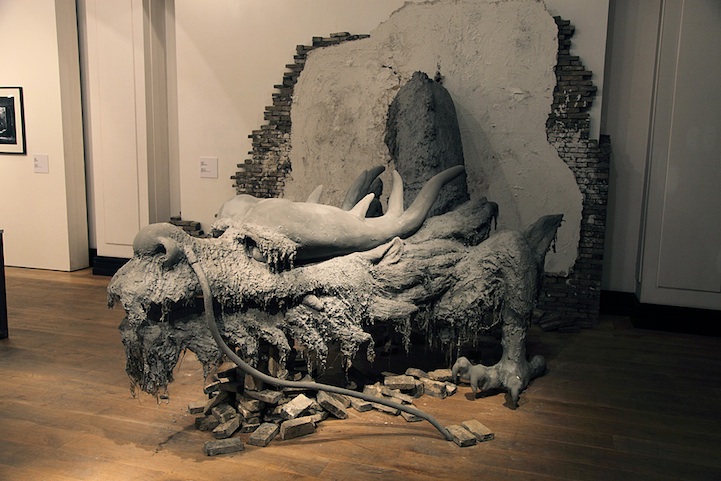 For three months, artist Yang Yongliang worked with a team to create an incredible cement dragon sculpture that looks as if it's bursting out of a wall. Throughout history, the Chinese dragon has been a symbol of peace, prosperity and power. “It has always been the emblem of the Chinese nation and state, as well,” Yongliang told us. “My original intention was to expose its status in an abnormal way. I wanted to ask the viewer to examine our current society and our living environment.”

Why did he create it out of cement? “China is now at the stage of rapid development,” he says. “The construction, which has been built in the past 30 years in China, consumed nearly 40% of the cement and steel all over the world. It can be imagined that China, as a whole, is almost a huge construction site. Consequently, many problems emerge, such pollution, energy consumption, and cultural destruction.

“In this circumstance, I made a metaphorical creation of an escaping dragon, which is constricted to death, wanting to get rid of the enclosed wall.”

You'd be surprised to find out all the materials that went into making this dragon. “The material composition of the dragon is quite complex,” he said. “With the foundation of fiberglass, I wrapped a layer of linen over the dragon's body. The wet cement was brushed above the linen several times. Finally, I made a concrete surface using paint.” 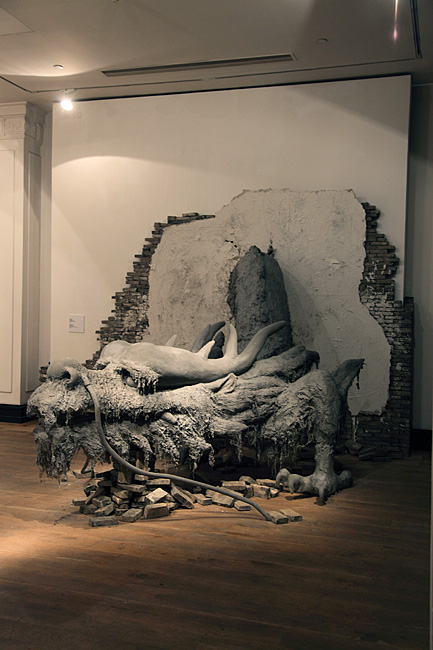 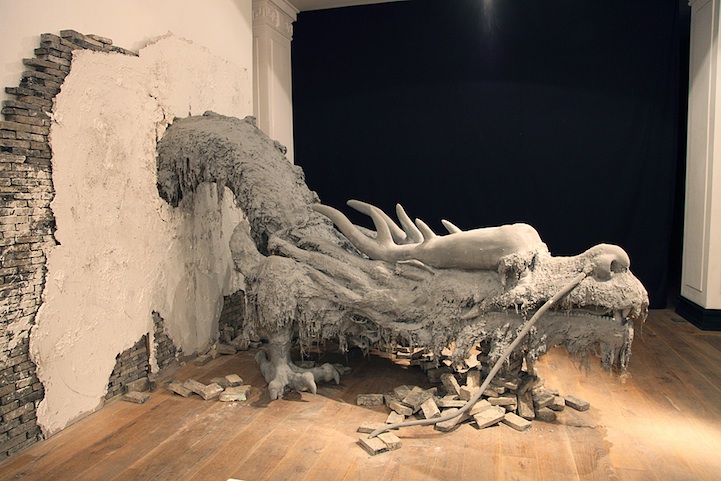