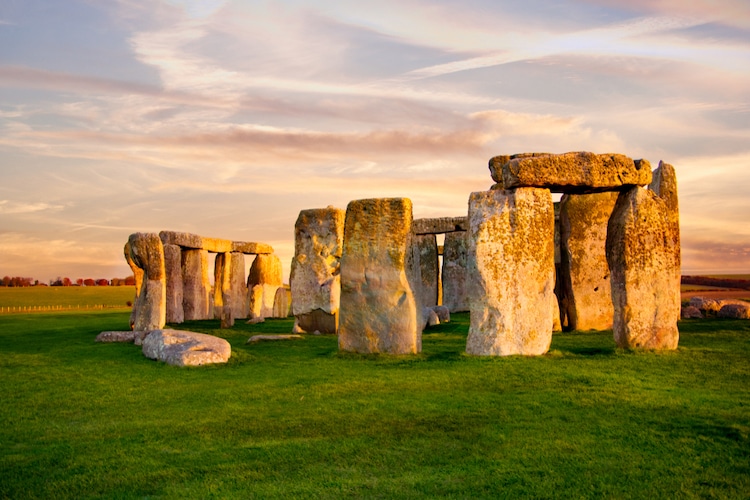 Stock Photos from The Walker/Shutterstock
This post may contain affiliate links. If you make a purchase, My Modern Met may earn an affiliate commission. Please read our disclosure for more info.

One of the most famous ancient monuments in history, Stonehenge has long captured the imagination of the public. The prehistoric monument, which is located in Wiltshire, England, is shrouded in mystery. Its enigmatic nature has made the site infamous since its rediscovery in the 18th century and now over 1 million people a year flock to walk among the stones.

What is it about Stonehenge that makes it so fascinating? Perhaps it's the folkloristic connection to the rituals of ancient Druids or maybe it's its persistence in popular culture. The Beatles, Black Sabbath, and Spinal Tap have all included Stonehenge in their music, while it's consistently featured in film and television.

A UNESCO World Heritage Site since 1986, Stonehenge has become so popular with visitors that there are now ropes to prevent the public from getting too close and damaging the stones. Exceptions to this occur during the summer and winter solstice and the spring and autumn equinox when visitors are allowed to stroll between the stones.

With so much mystery surrounding Stonehenge, its popularity means that scientists and archaeologists have been researching the site extensively. So while we don't have all the answers, there are a surprising amount of Stonehenge facts that help peel back the layers of history around the prehistoric site. 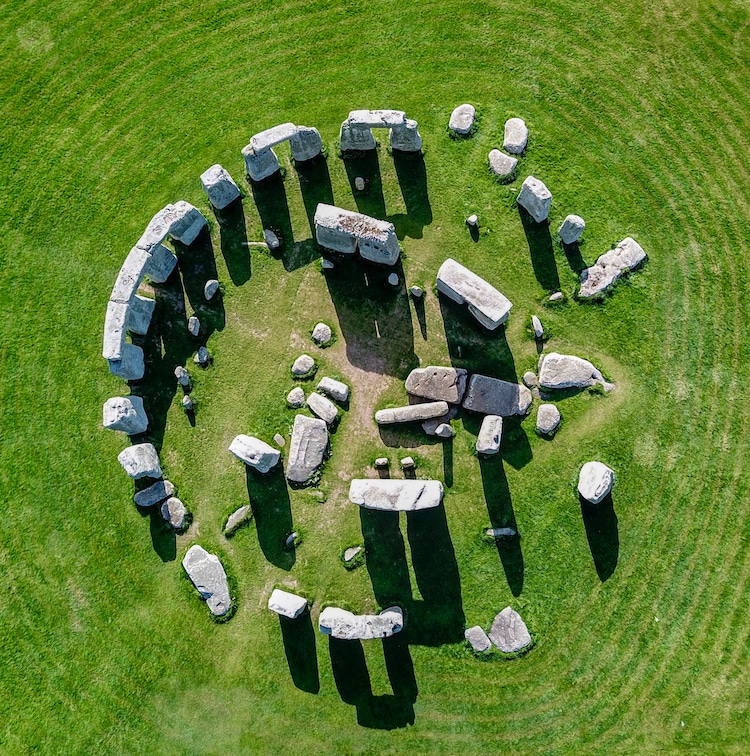 Stonehenge Wasn't Built All at Once

Stonehenge as we now see it is not the work of a single construction period. Rather, the area was built up in stages over the course of 1500 years. Initially, the monument was just a circular bank and ditch enclosure. Completed around 3100 BCE, the ditch was dug using antler picks. Stone became the favored material around 2600 BCE and up until 1600 BCE they were erected and arranged in stages to become the monument we now know. 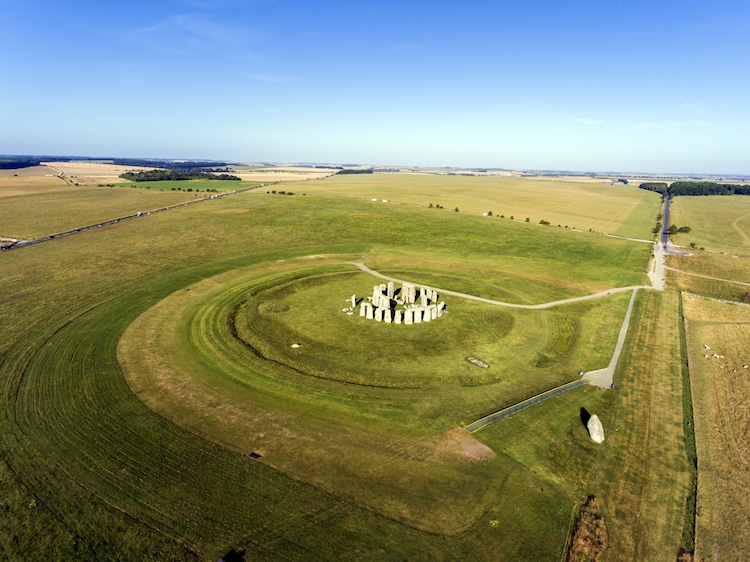 Stonehenge was Most Likely Part of a Larger Sacred Area

Salisbury Plain, where Stonehenge is located, is a chalk plateau that stretches across 300 square miles. Stonehenge, which could have acted as a burial site, is not the first sacred monument in the area. Three large timber posts erected onsite date to 10,500 years ago, indicating that Salisbury Plain was already a sacred area long before Stonehenge.

In 2014, scientists released the results of a four-year study that used radar and other non-invasive techniques to survey the area. Interestingly, they found a number of hidden Neolithic shrines which gives further evidence to the theory that Stonehenge was one small piece of a much larger puzzle. 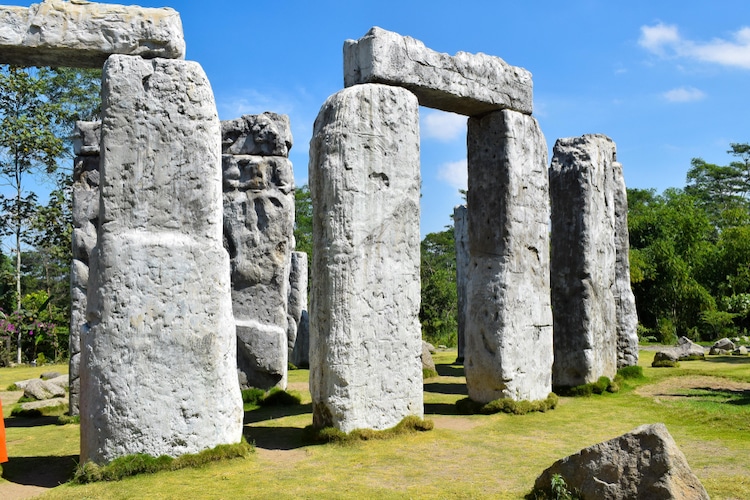 There are two kinds of stones found at Stonehenge—larger sarsens and smaller bluestones. Sarsens, which are a type of sandstone, are found naturally in the area surrounding the site. Archaeologists believe that the sarsens came from Marlborough Downs, which is 20 miles away. The bluestones, on the other hand, traveled much farther. It’s thought that they were brought in from Preseli Hills in south-west Wales, which is about 140 miles from Stonehenge. 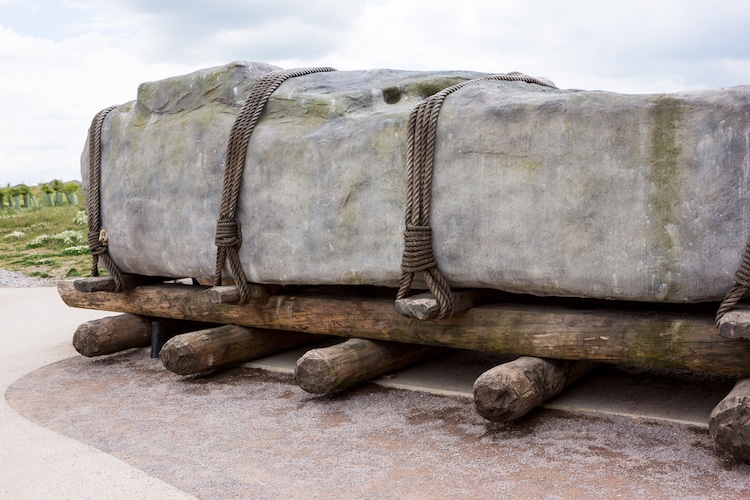 Recreation of how stones may have been moved to Stonehenge. (Stock Photos from SherSS/Shutterstock)

Like many things about Stonehenge, how the rocks arrived on site remains a mystery. An average sarsen weighs 25 tons, while the bluestones weigh anywhere from 2 to 5 tons. There are different theories about how these stones arrived at Stonehenge, including the idea that bluestones were brought to Salisbury Plain by glaciers. However, it’s more than likely that they were transported by humans using waterways and by hauling them over land. 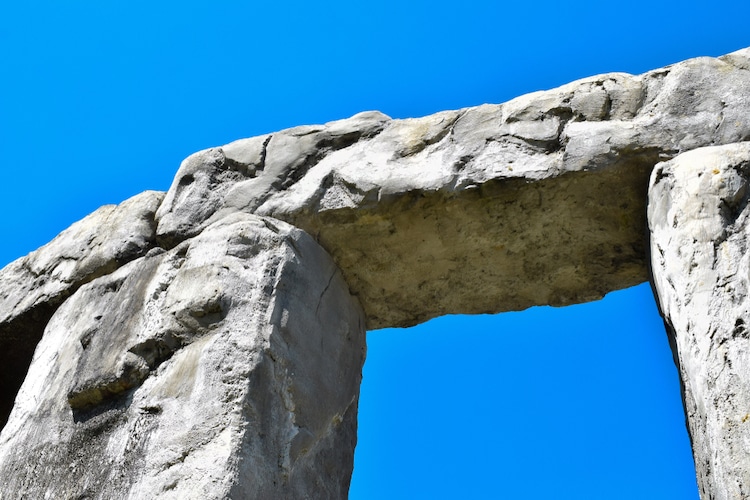 Once a hole was dug for the stones, timber poles were placed at the back of the hole to act as a brace. The stone was then put into position and hauled upwards using ropes while rubble was placed in the hole to hold the stone in place. 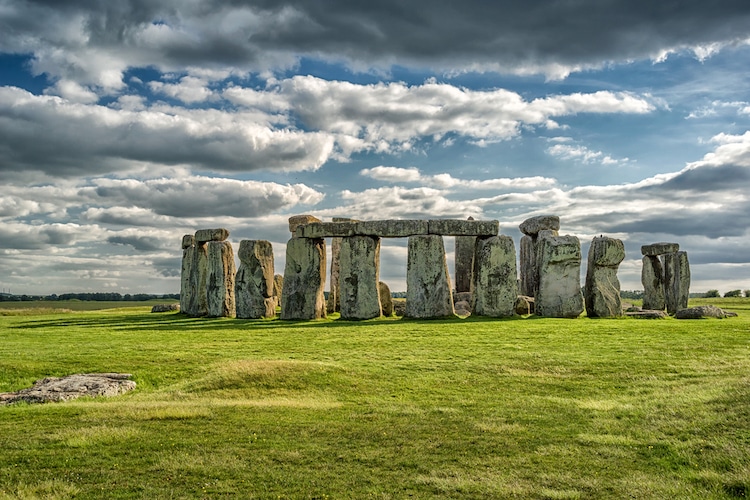 DNA is Helping Solve the Mysteries of Who Built Stonehenge

One of the biggest mysteries in history, it’s unclear exactly who built Stonehenge. It was long believed that Druids—Celtic Pagans—constructed it as a place of worship. However, construction on Stonehenge commenced long before the Druids came into existence.

Recently, a group of researchers used DNA analysis to pinpoint the origins of the builders. After analyzing the DNA of Mesolithic and Neolithic people in Britain, they noticed that there were great genetic similarities to farmers on Western Europe. They believe that around 4000 BCE farmers from the Aegean coast migrated to Britain, placing them in the country at the critical time when Stonehenge was being built. 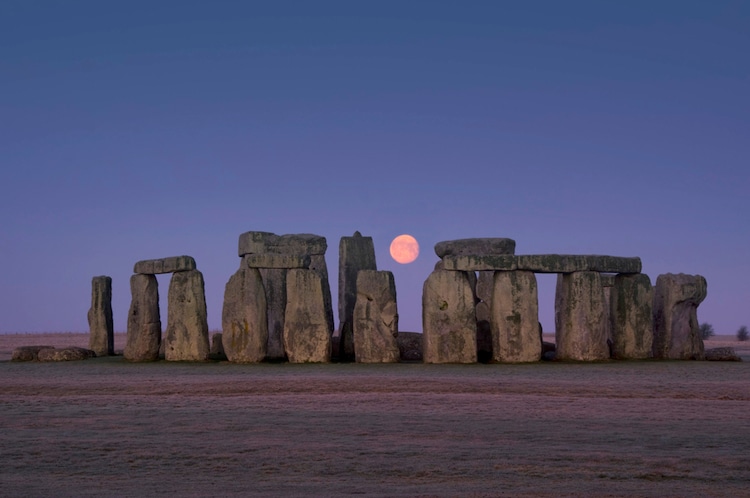 Stonehenge has a Long History with Astronomy

Stonehenge has long been intertwined with astronomy, particularly due to the fact that it’s aligned in the direction of the sunrise of the summer solstice and the sunset of the winter solstice. This was first noticed in 1720 by William Stukeley, the British archeologist who was a pioneer in studying Stonehenge.

Since that time, many renowned astronomers have studied Stonehenge, trying to find connections between its construction and the stars. One of the more famous theories comes from American astronomer Gerald Hawkins. His 1963 publication Decoded argued that Stonehenge could have been used to predict eclipses.

Want to experience Stonehenge for yourself? Enjoy a full day tour to Stonehenge and Bath.