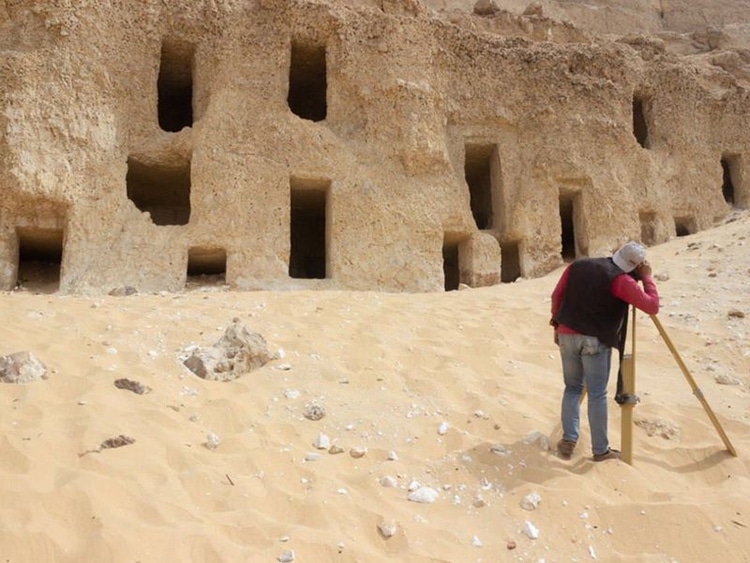 The rock-cut tombs carved into a mountain. (Photo: Egyptian Ministry of Tourism and Antiquities)

With thousands of years of rich history full of powerful kings, impressive technology, and monumental architecture, Egypt is an archeologist's dream. New, exciting discoveries are frequently being made throughout the country. From lost golden cities to submerged statues, each discovery helps archeologists, classicists, and historians learn more about Egyptian history and the operations of daily life millennia ago. Recently, the Egyptian Ministry of Tourism and Antiquities announced a happy accident: the discovery of hundreds of rock-cut tombs at the Al-Hamidiyah necropolis nearby Sohag, Egypt.

Archeologists were surveying the site in southern Egypt along the banks of the Nile when they made an unexpected discovery. Along a sheer mountain face, the team discovered countless tomb entrances carved into the rock wall. The tombs number about 250, however archeologists expect to find many more in the area. The tombs date from 2200 BC to the end of the Ptolemaic period in 30 BC. This period of over 2,000 years spans from the Old Kingdom to the beginning of Roman Egypt.

The tombs discovered are smaller than the luxurious resting places of pharaohs in places such as the Valley of the Kings. They likely served the leaders and bureaucrats of the nearby city of Akhmim, which was an important center of government. Historians believe the tombs will shed light on a middle-sort of Egyptian citizen. Found among the tombs are artifacts such as pottery fragments, animal bones, alabaster pots, and even a round metal mirror.

According to Mohamed Abdel-Badiaa, head of the Central Department of Antiquities for Upper Egypt, “Egypt has many antiquities sites, but light must be shed on other unknown areas….[Excavations] should not be limited to famous archaeological areas such as Saqqara or Luxor.” These surprising sites are part of rich historical picture which continues to develop with every new find. 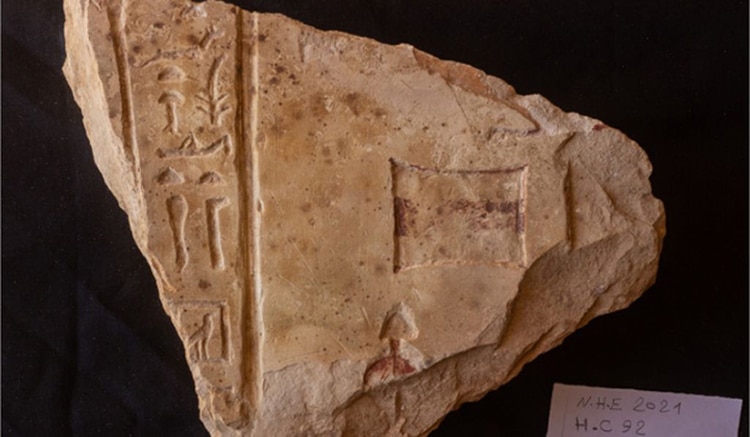