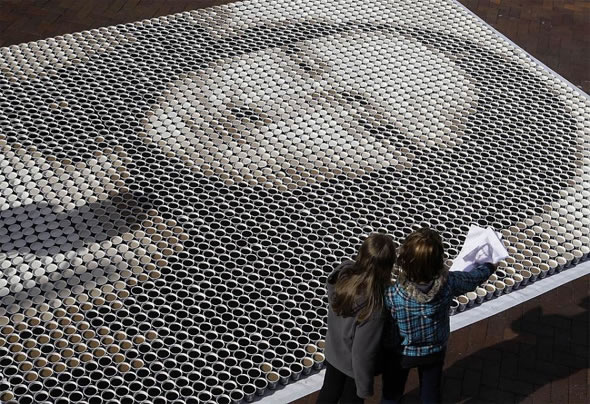 Take a close look at this picture and you'll notice that this Mona Lisa is made up of 3,604 cups of coffee. Each cup is filled with varying amounts of milk to black coffee. It measures an impressive 20 feet high and 13 feet wide and took a team of eight people three hours to complete. 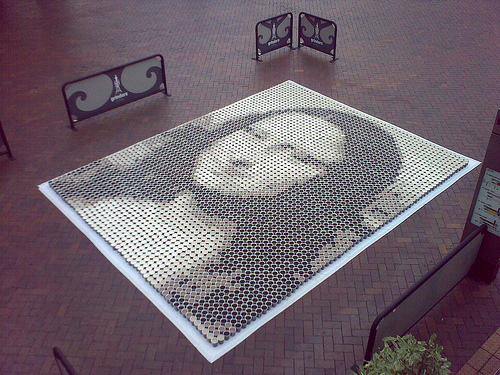 Created for The Rocks Aroma Festival in Sydney, Australia, this was seen by 130,000 people who attended the one-day coffee-lovers event. 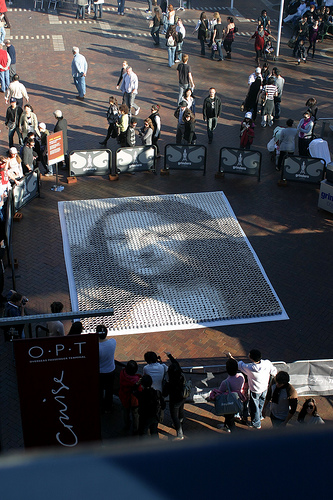 Elaine Kelly, from event organizers the Sydney Harbour Foreshore Authority, was delighted with the result.

“We wanted to create an element of surprise and a sense of fun in the way we engaged with the public.

“Once we had the idea of creating an image out of coffee cups we searched for something iconic to reproduce – and opted for the most iconic painting in history.

“The Mona Lisa has been reproduced so many times in so many different mediums but, as far as we know, never out of coffee.”

Is anyone craving some Starbucks coffee right about now?