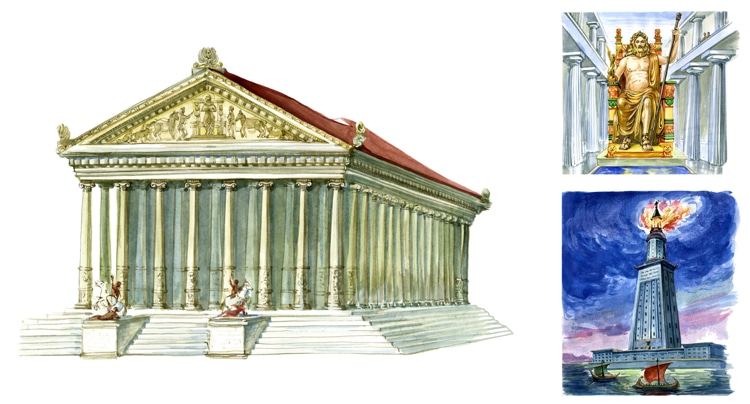 Clockwise from right: Temple of Artemis, Statue of Zeus, Lighthouse at Alexandria. (Illustrations: garanga via Shutterstock)

We've all heard of the Seven Wonders of the World, but what are they exactly and where do they come from? To get to the origins of the original “must-see” list, we need to go back to Ancient Greece. Called themata—Greek for “things to see”—the list came about from writers of guidebooks and sightseeing guides. Yes, that's right, people were traveling in Ancient Greece.

This shouldn't come as a surprise, given the Greek Empire's expansion into areas that allowed them to mingle with Egyptian, Persian, and Babylonian cultures. The list we now know as the Seven Wonders of the Ancient World didn't come from just one writer, but is the compilation of several different lists over time.

For instance, in 225 BC the mathematician Philo of Byzantium wrote a book titled The Seven Sights of the World. Prior to this, historian Diodorus Siculus also wrote his list of sites not to be missed and along the way many writers contributed their thoughts. The famed historian Herodotus wrote his themata as early as the 5th century BC and, eventually, writers seemed to settle on a standard set of monuments.

What are the Seven Wonders of the Ancient World?

Sadly, of the seven sites, only the Great Pyramid at Giza still exists, but a look at the list of ancient wonders gives insight into the incredible architecture and construction abilities that existed in the ancient world. And even those that have long since fallen into ruin have continued to inspire artists who use their imaginations to put a visual to the written descriptions. 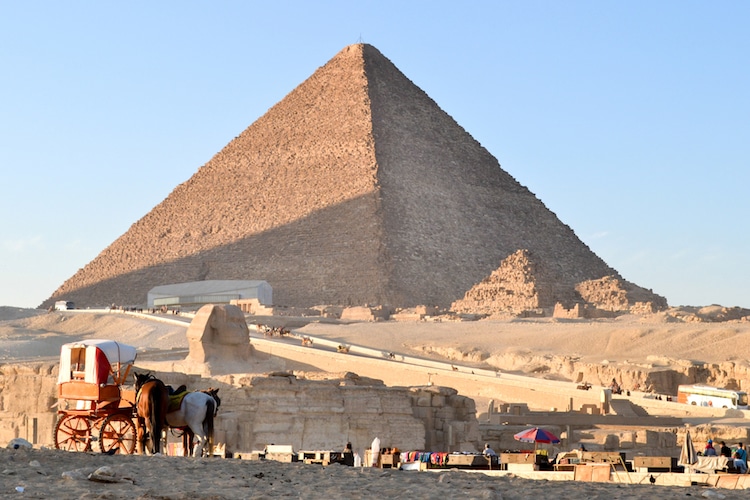 The only surviving ancient wonder, the Great Pyramid at Giza remains an incredible example of Egyptian architecture. A visual representation of the ancient Egyptians' sophistication, it was the tallest man-made structure in the world for 3,800 years. The oldest of the seven wonders, Egyptologists believe it took just 10 to 20 years to build. Construction on the tomb ended around 2560 BC with 2.3 million stone blocks used in its construction. 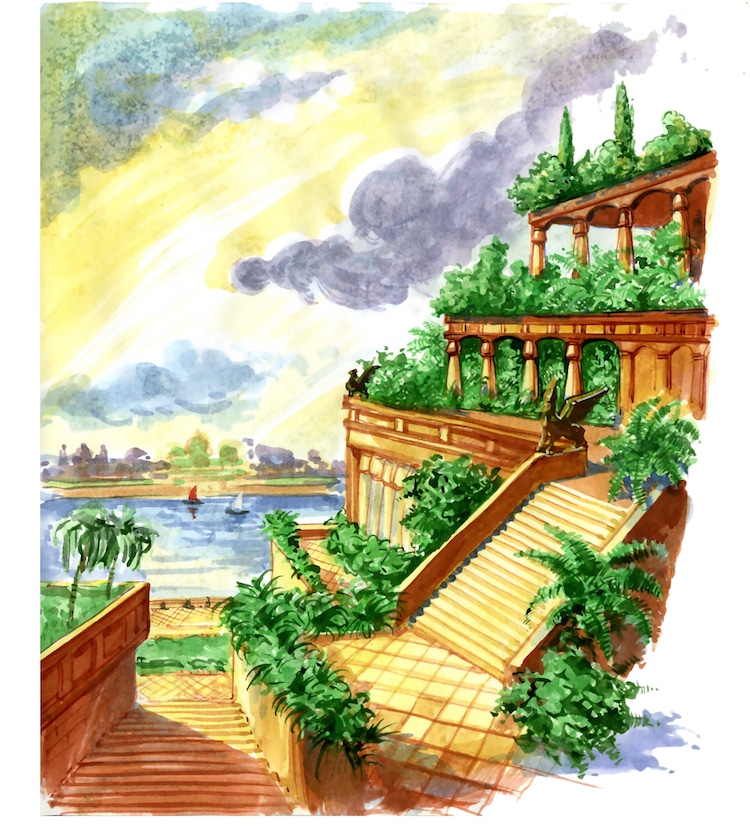 These extravagant hanging gardens have inspired artists for centuries, each of whom can only imagine the plants and vines strewn across different tiers. Said to have been located in ancient Babylon—present-day Iraq—legend has it that the gardens were built by King Nebuchadnezzar II, who ruled between 605 BC and 562 BC. The gardens, which were spread over terraces up to 75 feet above ground level, were created for the king's wife, Queen Amyitis, who missed the greenery of her home in the Median Empire (now Iran). Unfortunately, the Hanging Gardens of Babylon are the only ancient wonder that scholars don't know the exact location of. In fact, though the gardens are written about extensively in Greek and Roman literature, no firsthand accounts are known, leading some scholars to believe the site may be a work of fantasy.

Statue of Zeus at Olympia, Greece 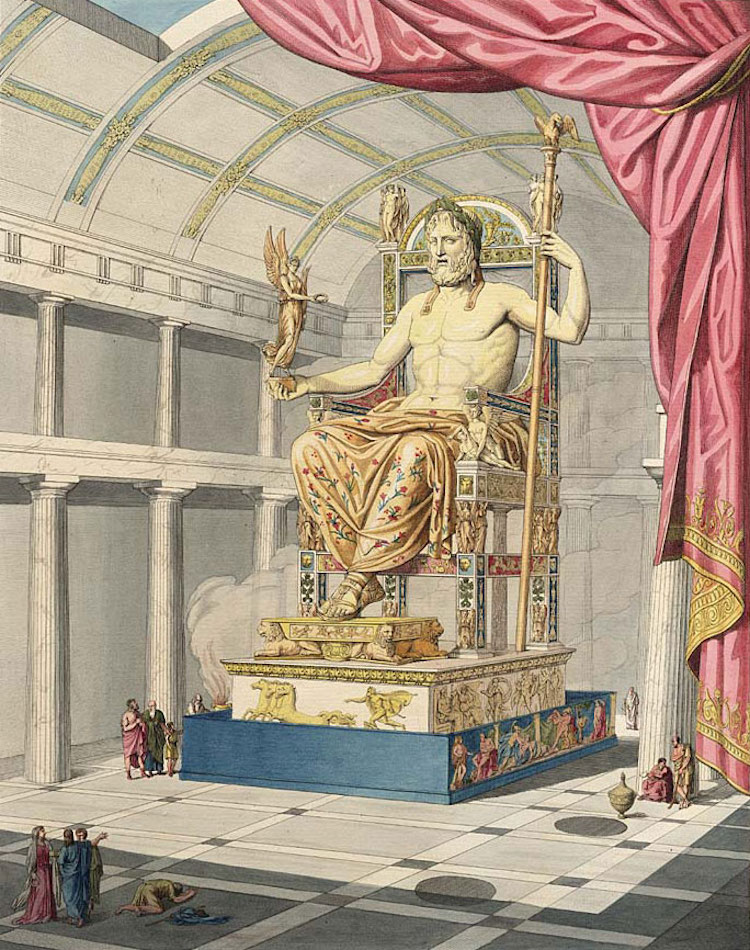 Created by Phidias, a masterful sculptor who directed the construction of the Parthenon, the Statue of Zeus at Olympia was prized for its stunning beauty. The 43-foot-tall sculpture was created around 435 BC and sat inside the Temple of Zeus. The sumptuous sculpture was a fitting representation of the king of the Gods, featuring ivory and gold panels laid over a wood framework. No copy was ever made in either marble or bronze and the sculpture was later dismantled in the 5th or 6th century AD when the pagan religion was banned. Some historians record that it was simply destroyed, while others write of it being carried to Constantinople and burned in a fire.

Temple of Artemis at Ephesus 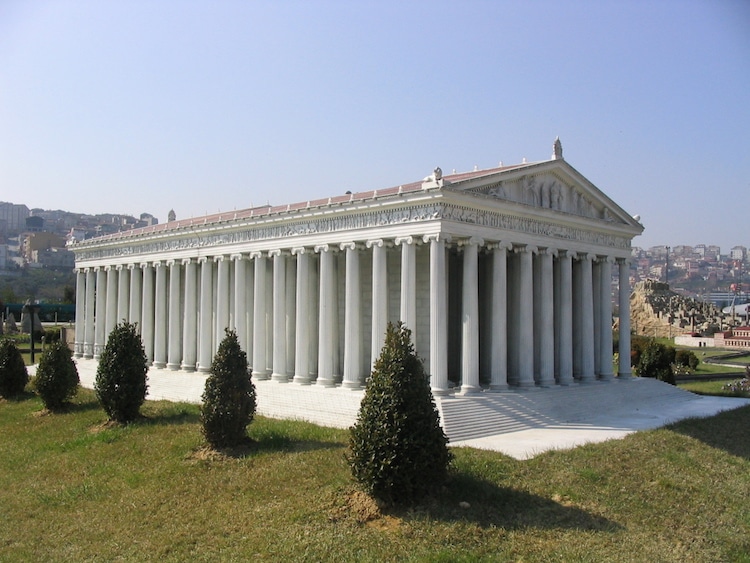 Reconstruction of the Temple of Artemis in Istanbul Turkey (Photo: Zee Prime at cs.wikipedia [GFDL, CC-BY-SA-3.0 or CC BY-SA 2.5], from Wikimedia Commons)

This Greek temple, located in present-day Turkey, was rebuilt three times before its final form became part of the list of wonders. Dedicated to Artemis—the Greek goddess of hunting, animals, and childbirth—as she was heavily venerated and her sumptuous temple certainly shows this. The most ornate parts of the temple were constructed between 550 BC and 350 BC, and were painted by the most famous artists of the time. In its final form, the temple was 450 feet long and contained over 125 columns. Almost completely destroyed in 262 AD by the Goths, it's unclear if it was ever fully rebuilt. Today, all that remains are ruins that were excavated in the 19th century, which are now on display in the British Museum in London. 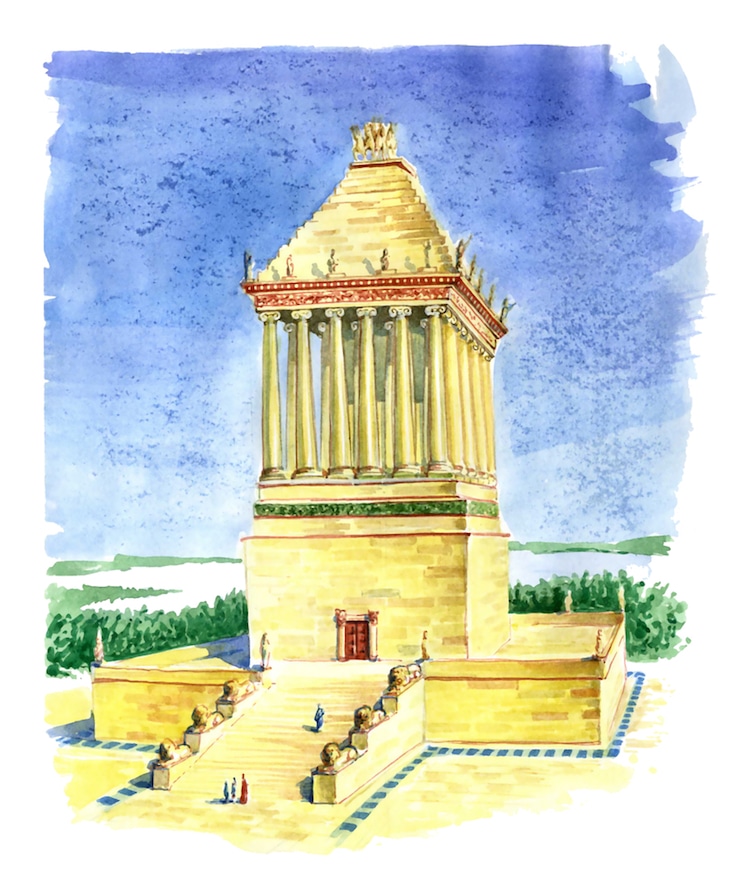 Lasting longer than some other monuments on the list, the Mausoleum at Halicarnassus endured until a series of earthquakes brought the building down at some point between the 13th and 16th century AD. Now, it lays in ruins in modern-day Bodrum, Turkey. It was constructed around 350 BC as a tomb for a satrap named Mausolus and his wife—who was also his sister—Artemesia. As satrap, who were governors of the Persian Empire's provinces, Mausolus poured his incredible wealth into the tomb, which was completed after his death by Artemesia. At the time, Halicarnassus was a new capital, wishing to show its glory. As a result, they created a marble covered masterpiece. It was so grand that Mausolus' name became synonymous with tombs, hence the word mausoleum. 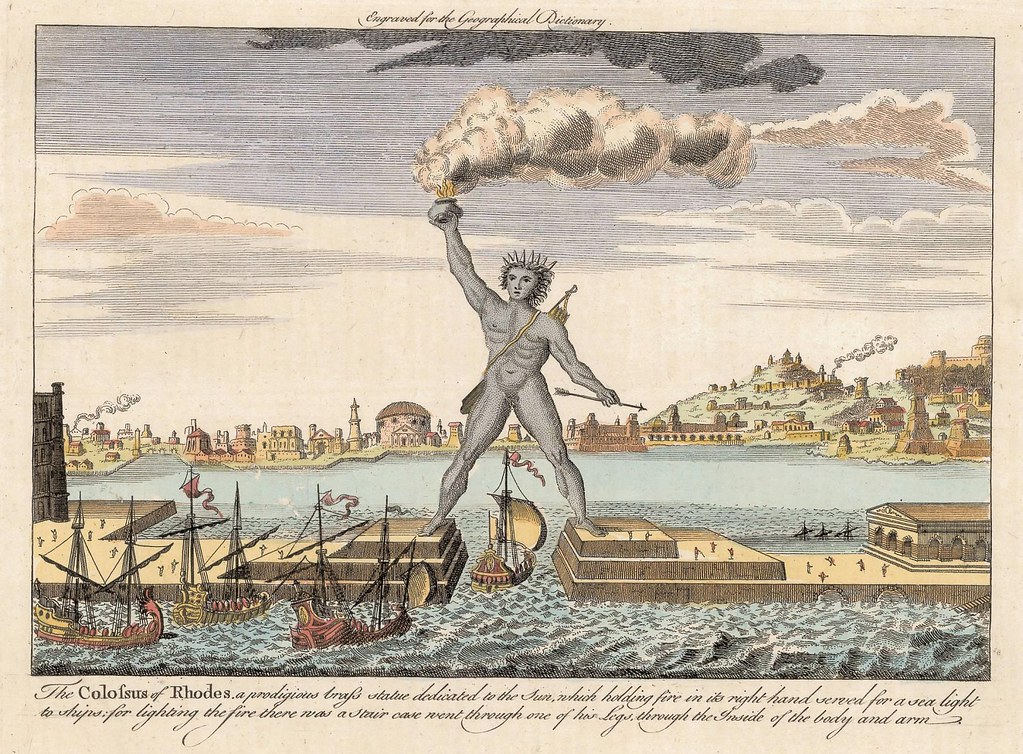 The monumental sculpture—which was roughly the height of the Statue of Liberty—has a brief, but impactful lifespan, surviving about 60 years before its destruction at the hands of an earthquake. Completed in 280 BC, the statue depicts the sun god Helios and was erected on the island of Rhodes in Greece. The Colossus was created to celebrate the island's victory over Cyprus, whose king has attempted to invade Rhodes. In fact, the sculpture was made from melted iron and bronze from the enemy's weapons. 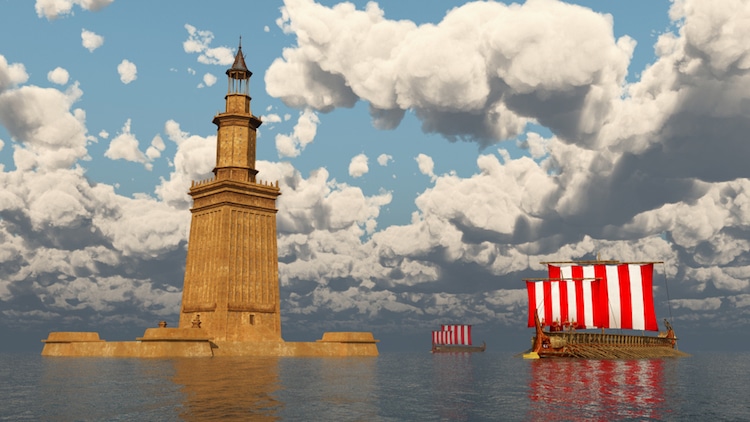 The Lighthouse at Alexandria also had an extended lifespan, enduring from 280 BC until around 1323 AD. In its time, it was one of the largest manmade structures in the world, until a series of earthquakes starting in the 10th century AD caused it to be abandoned. The Lighthouse was about 330 feet tall and was built by the Ptolemaic Kingdom, an Egyptian dynasty that came into power after the death of Alexander the Great. A central figure in guiding ships in and out of the busy harbor, the monument can even be seen on ancient coins. In 1994, French archaeologists found some of the Lighthouse's remains submerged in Alexandria's harbor.

Next: Led by the group Seven Inspired by this ancient list, several new versions of the 7 Wonders of the World have been created, from industrial miracles and natural beauties, up to a new list of new modern wonders.