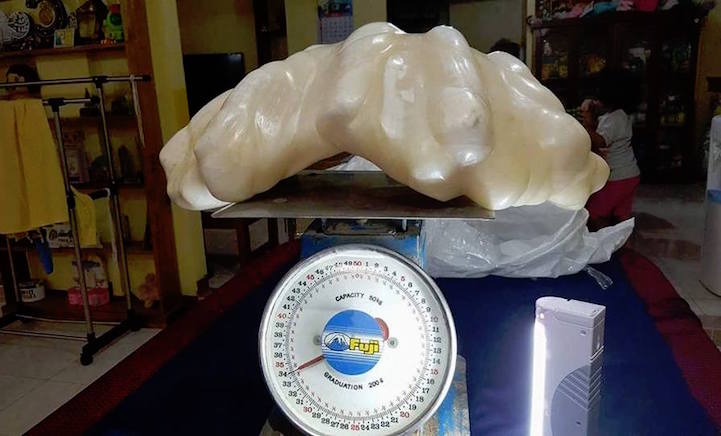 Nearly 10 years ago, a fisherman living on Palawan Island in the Philippines made a once-in-a-lifetime find: a 75 pound giant pearl was hooked on his boat anchor. Rather than sharing his spectacular discovery, he kept it as a good luck charm and stored it under his bed the entire decade. It wasn’t until recently that he brought the pearl to an area tourism office and realized its potential worth of $100 million.

Tourism officials are now seeking help from gemologists to fully certify that this pearl is the real deal. If it is, it would break the record for the world’s largest natural pearl, dwarfing the Pearl of Allah—the current title holder—that’s 14 pounds and worth $35 million. 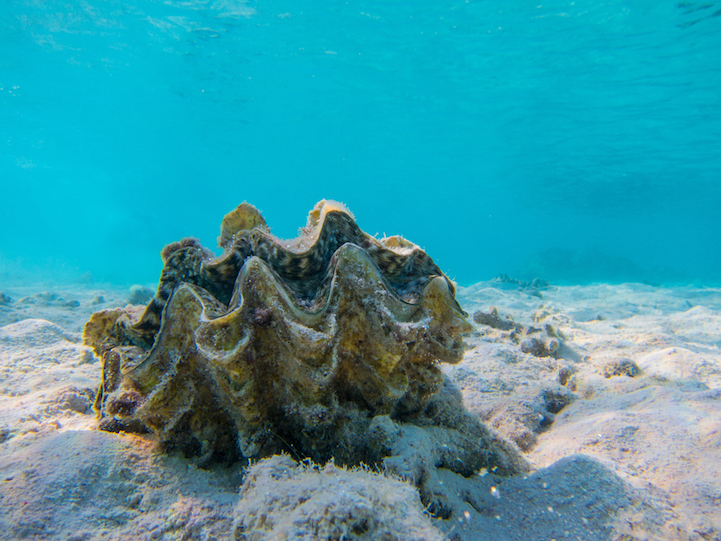 A giant clam under the sea.
Photo credit: SnBence / Shutterstock

A giant clam is what produced this incredible pearl. “Giant” seems to be an understatement for the mollusk, however, as they can reach up to four feet in length and weigh up to 500 pounds.

Despite popular belief, pearls rarely grow from a grain of sand and are mostly formed as a defense mechanism for the creature—such as guarding themselves against a parasite. The process begins by creating a pearl sac that secretes calcium carbonate to cut off the irritant. This discharge technique is repeated many times and takes several years (or longer), to finally result in the highly-prized gem. 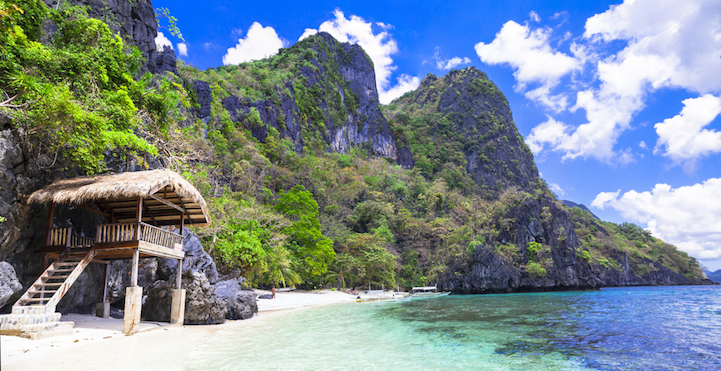 via [Mashable, The Daily Mail]