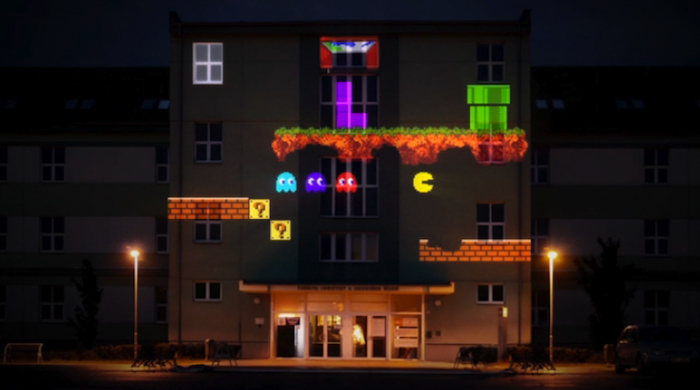 Get ready for the battle of a lifetime! Czech designer Pavel Novk recently completed the 8-Bit Invader, a projection mapping that pays homage to the history of 8-bit video games. The original video was made for the five-year anniversary of the Department of Visual Arts at Tomas Bata University. The projection begins with a simple command line and soon explodes into an all out battle between the video game icons of the '80s we all know and love like Mario from Super Mario Bros and Pacman. Cool! 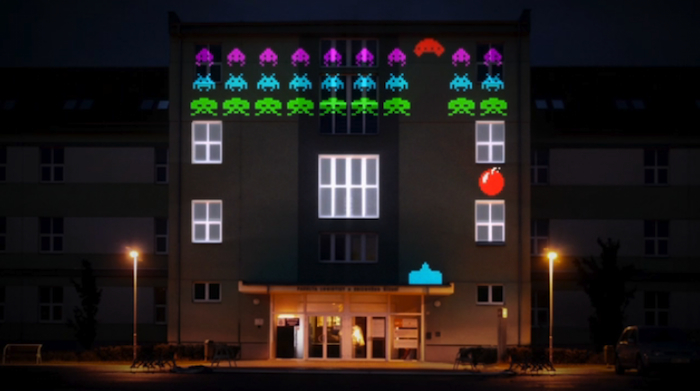 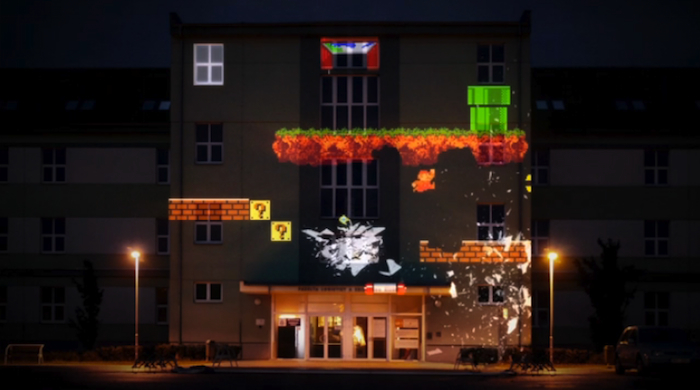 (For those interested in knowing if this was actually done on a building, it was. However, this video shows a simulation or compositing, not actual footage from the site.)