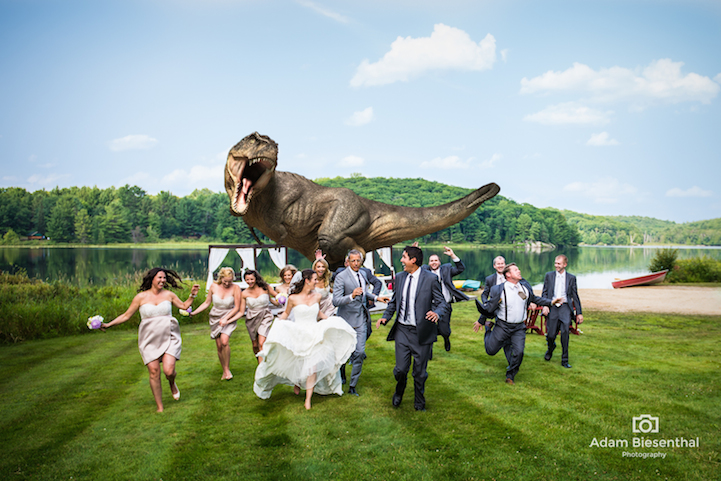 Toronto-based photographer Adam Biesenthal may have just taken the most dramatic wedding photo ever with this shot featuring a Photoshopped T-Rex and Jurassic Park actor Jeff Goldblum. Taking a cue from the popular trend of wedding photos with the theme of running away from a dinosaur, Biesenthal perfectly captured the newlyweds' spirit of fun on their special day.

Goldblum happened to attend the wedding of Pamela and Jesse Sargent because his fiance, Emilie Livingston, is friends with the bride. With such a golden opportunity, this idea naturally came to mind during, and the 61-year-old actor once again became Dr. Ian Malcolm for the unique photo shoot. 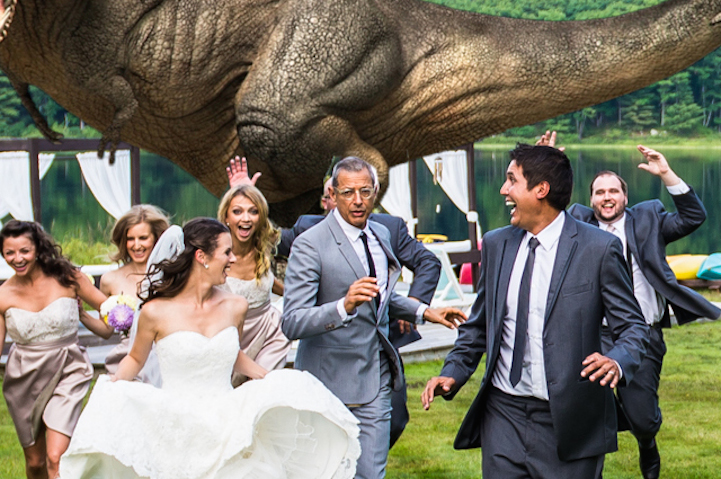