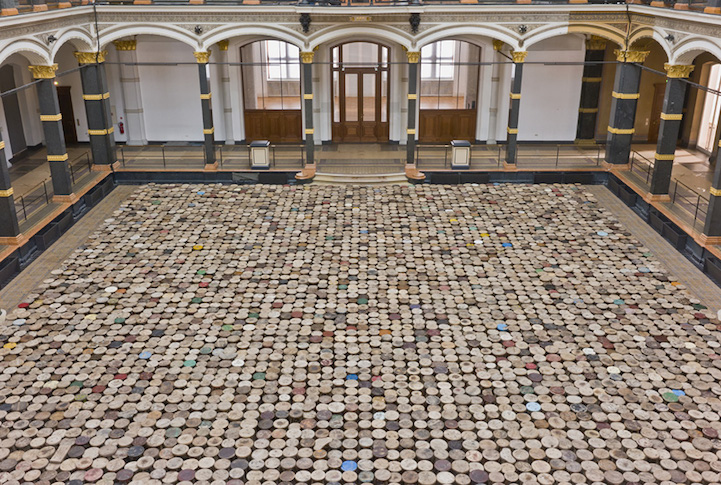 Renowned Chinese artist and political dissident Ai Weiwei has just launched his largest solo exhibition to date, called Evidence, in Berlin's Martin-Gropius-Bau. The show is expansive, sprawling across 3,000 square meters and 18 rooms. The centerpiece of the exhibit is an installation called Stools, which features a staggering number of 6,000 wooden stools arranged in the atrium. The stools, collected from rural villages across northern China, date back to the Ming and Qing dynasties as well as the Republican period, expressing the centuries-old aesthetic and daily lifestyle of rural China. Packed tightly together on the floor of the atrium, the stools form a colossal and interlocked surface whose sheer size is astonishing.

In addition to Stools, the exhibit includes other works that were designed specifically for the Martin-Gropius-Bau or have never been shown in Germany before. Stacked and intertwined bicycles, a familiar motif of Ai's, hang from the ceiling of the hall. Souvenir from Shanghai, a reassembled structure of brick and woodwork, was created from the mass of wreckage left after the Chinese government suddenly destroyed Ai's Shanghai studio. Han Dynasty Vases with Auto Paint presents Neolithic vases dipped in metallic, glossy paint, prompting a discussion on the significance of history and civilization. A marble sculpture of the Diaoyu Islands nods to the ongoing conflict between China and Japan over the territory. A series of golden animal busts symbolizes the Chinese Zodiac and its significance to many people.

Ai, who was not allowed to leave China to attend the opening of the exhibit, created all the works from his Beijing studio. Often accused by the Chinese government of being a political activist who stirs trouble, Ai decided to embrace the political in this exhibition, which presents Ai's critiques of the social and cultural troubles in China as well as his own experiences of repression under the Communist regime.

Evidence will be on display from April 3 to July 7. 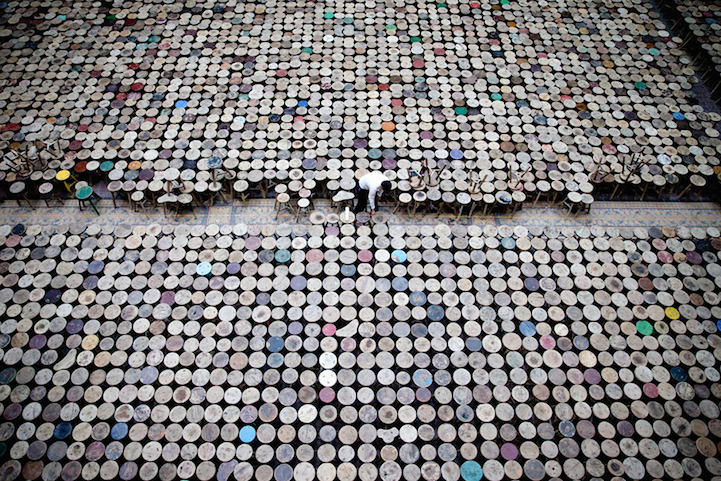 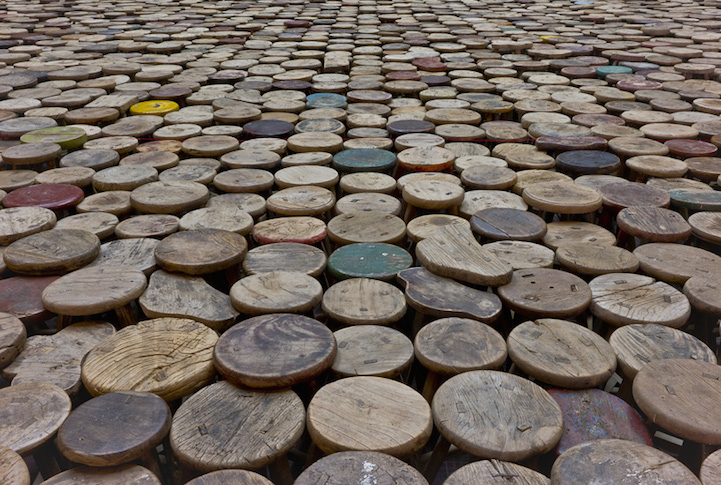 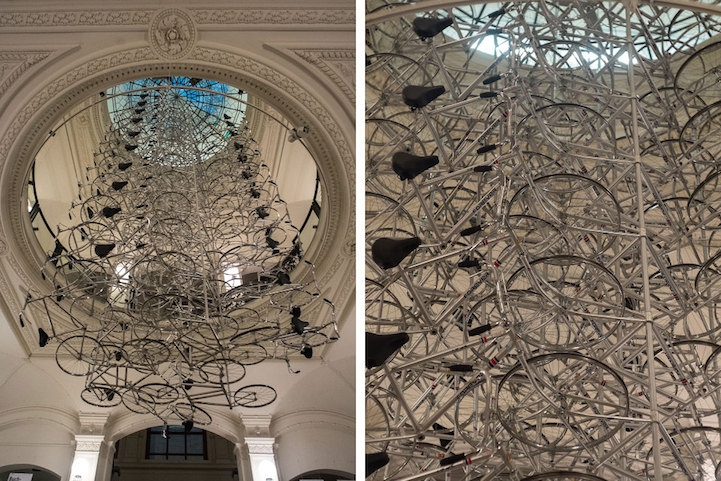 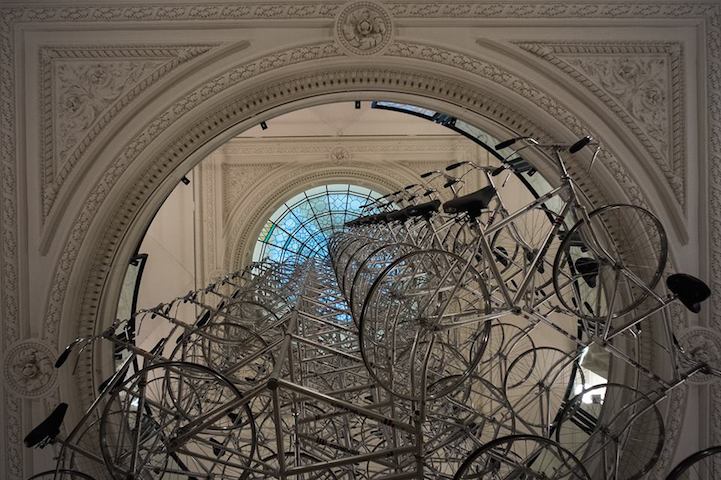 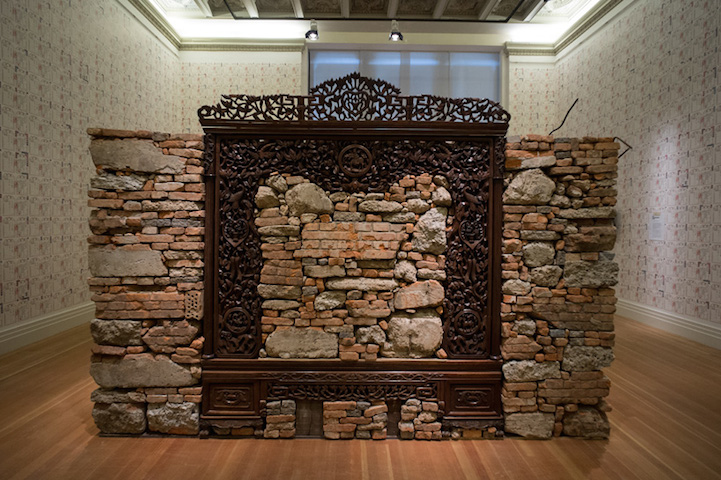 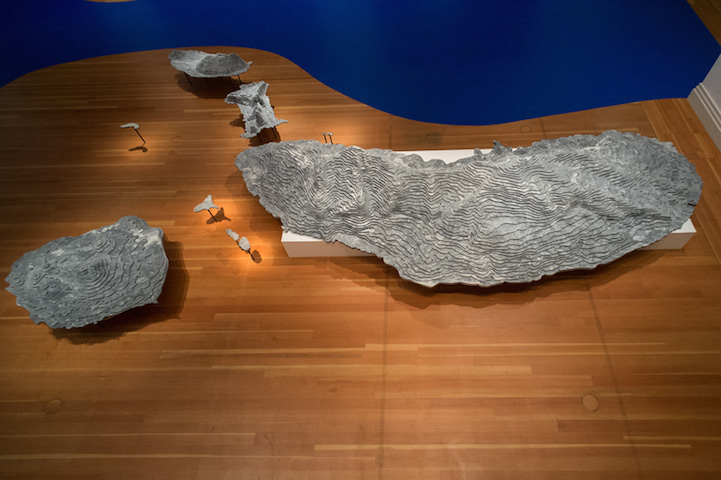 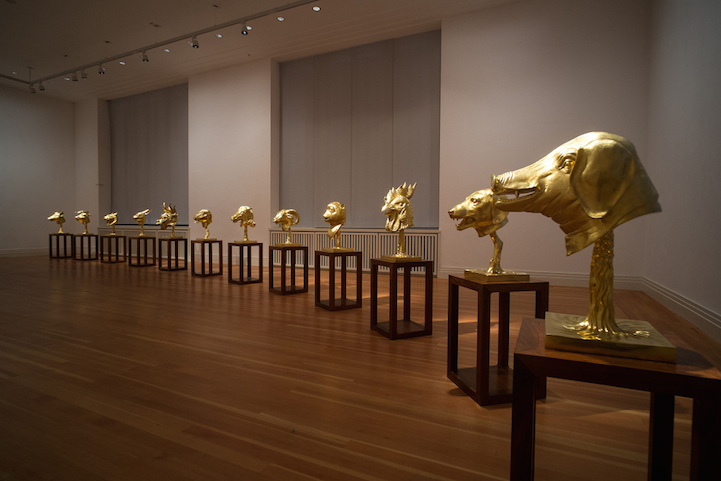