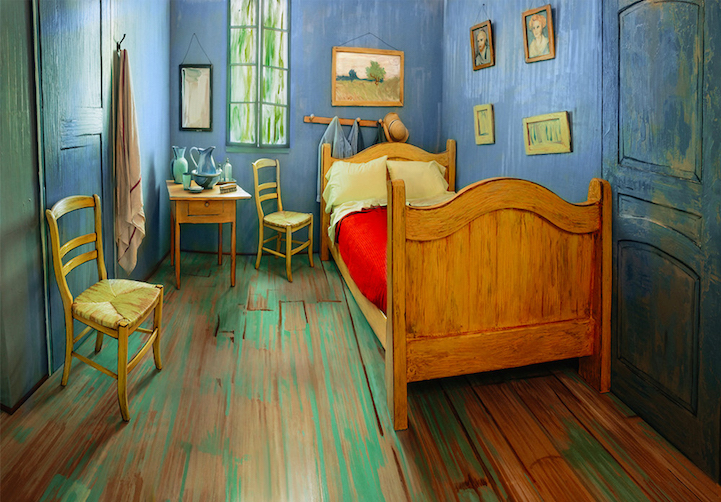 At the Art Institute of Chicago, it's now possible to stay in a bedroom that Vincent van Gogh had immortalized through his post-Impressionist work. His iconic painting titled The Bedroom was translated into a life-size replica and features all of the details from its namesake, including: thick, sculptural brush strokes; distressed green floorboards; and a haphazard arrangement of furniture and artwork. The room is available to rent through the museum's Airbnb listing at $10 a night.

This unconventional accommodation was created to celebrate the exhibition Van Gogh's Bedrooms, which centers around the artist's chamber in Arles, France. The influential space inspired him to create three distinct paintings from 1888 to 1889. His first iteration was produced shortly upon moving into his Yellow House, but it suffered water damage after completion. Van Gogh's second and third paintings were produced to preserve the original composition–one of them was created in an asylum while the other was a present for his mother and sister. Van Gogh's Bedroom unites all three versions of The Bedroom for the first time in North America.

Visitors to the famed bedroom are in for an immersive experience–it's as if they're traveling back in time to the Yellow House. This contemporary reimagining is located outside of the museum's campus in the River North neighborhood of Chicago, and it's part of a larger apartment. If you're interested in staying, follow the Art Institute of Chicago's Facebook page for updates on booking. Van Gogh's Bedrooms is on view through May 10 of this year. 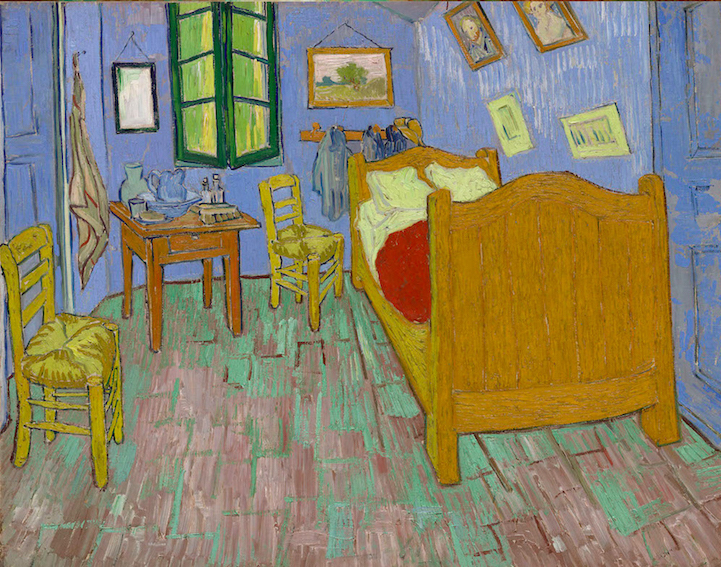 The Bedroom by Van Gogh 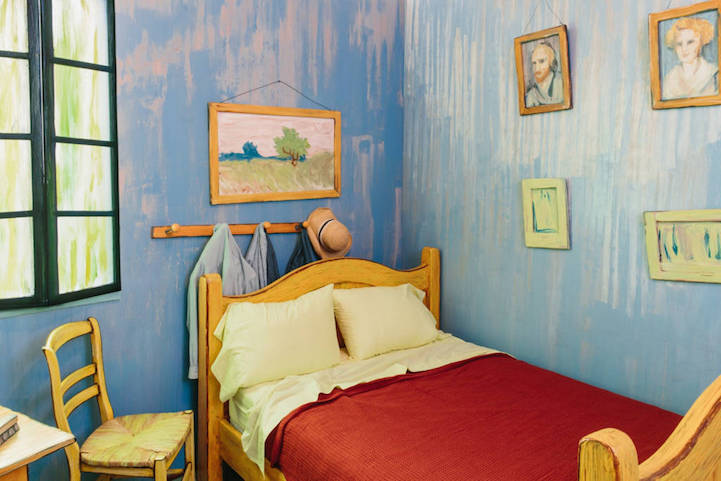 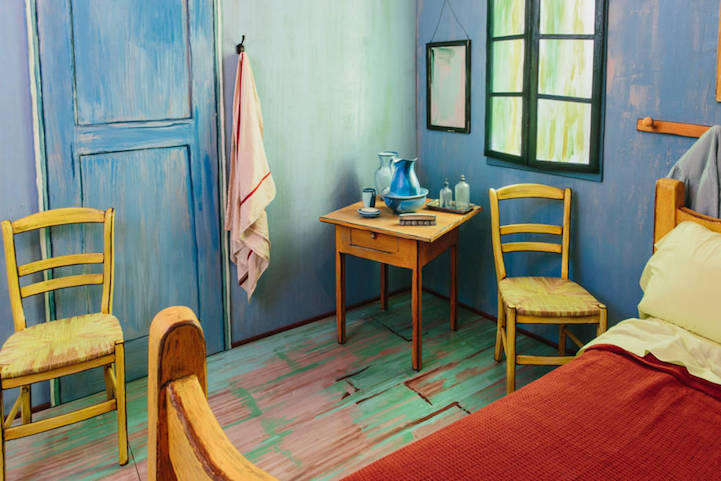 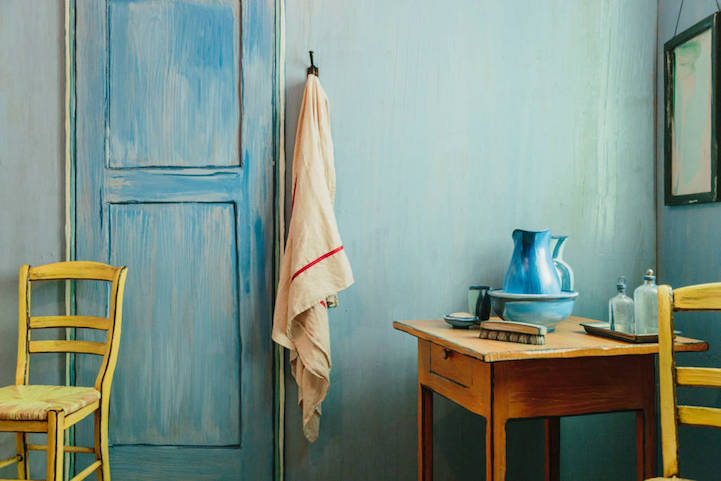