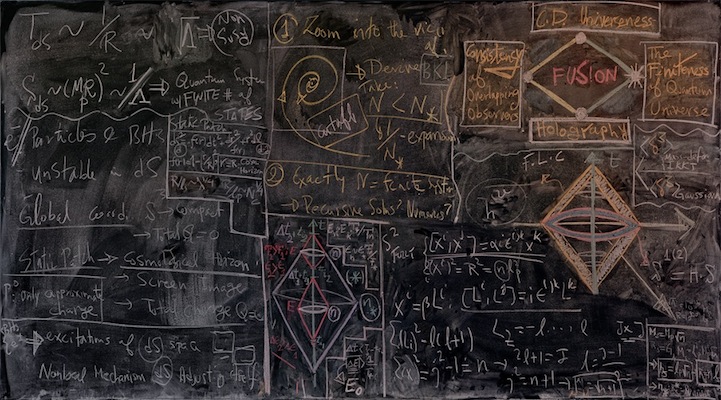 Since 2010, Spanish artist Alejandro Guijarro has been traveling to several Quantum Mechanics institutions across the globe. He photographs their blackboards that are filled with the mathematical scribblings of some of the greatest minds in the world. The photographer walks into each facility's lecture halls and proceeds to snap shots of the blackboards without modifying the board or interfering with the original arrangement of the space. The ongoing series titled Momentum presents an honest look at the intellectual scrawls, some of which have been wiped away.

Guijarro humbly admits that the project isn't orchestrated to elicit a deep, indisputable message through images. A modest press release reads: “Stripped of their wrapping they are photographs of large drawings!” However, they are a bit more than just snapshots of blackboards. The series documents the work of brilliant physicists. There's something artistically intriguing about the clutter of formulas and accompanying diagrams squeezed in. Even the erased boards are telling of one facility's practices versus others. Ultimately, this is a natural merge between science and art.

Momentum is currently on display at Tristan Hoare in London through November 30, 2012. 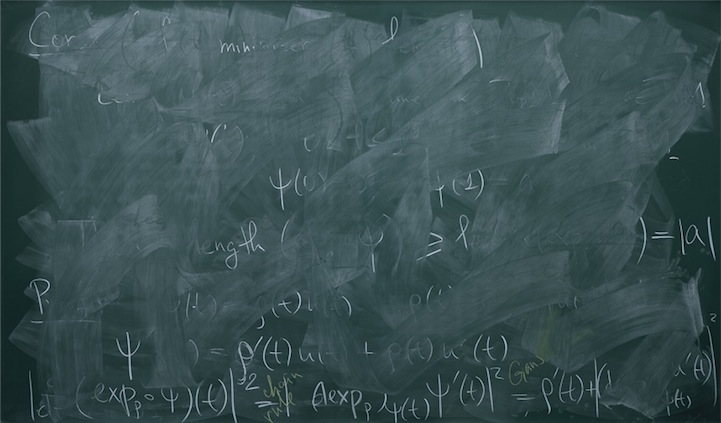 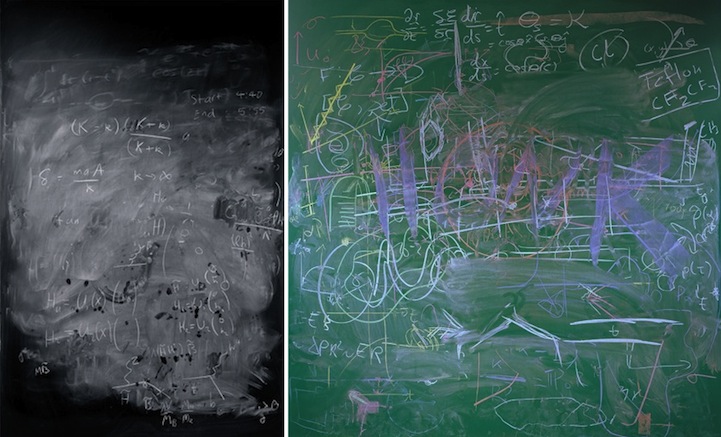 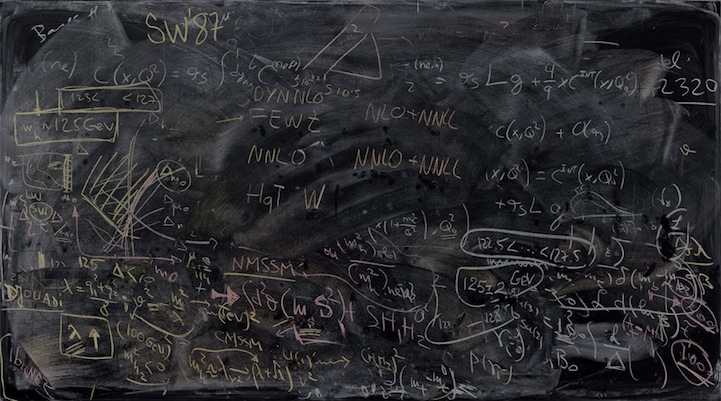 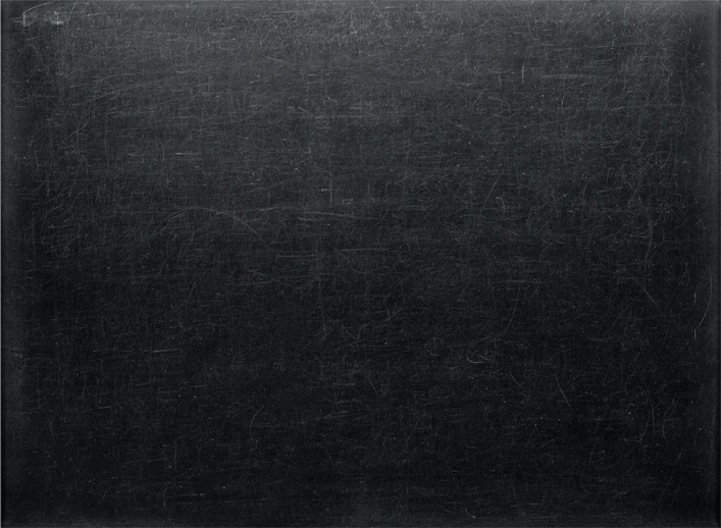 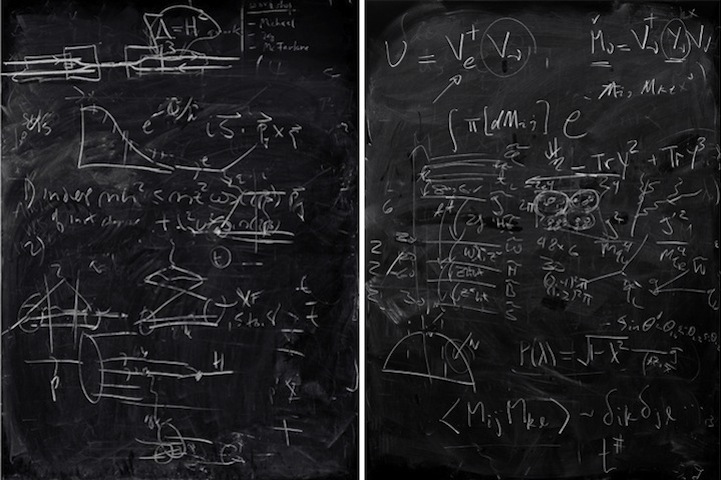