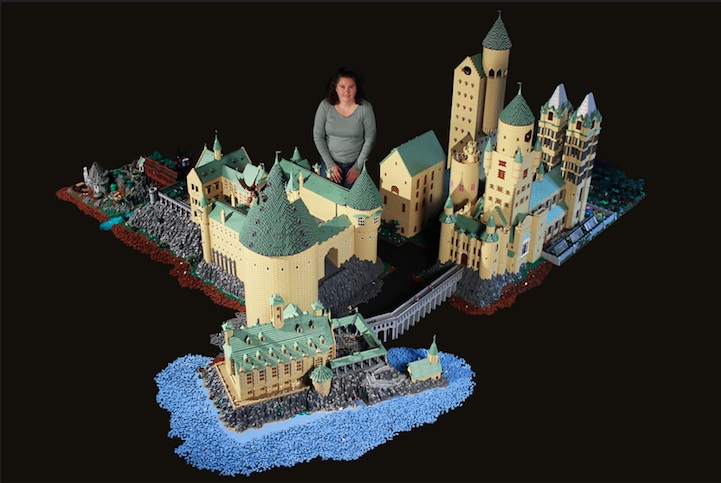 A Seattle mom has brought the beloved Hogwarts School of Witchcraft and Wizardry to life with an incredibly detailed, 400,000-piece Lego model of the castle. Alice Finch spent a year constructing this magical diorama that accurately depicts key scenes from the books and movies. Finch originally got the idea for her project while playing with her two young sons. “I started building about five years ago when I was spending a lot of time with my older son in our Lego room. He was doing the building; I was doing the sorting and putting away,” she says. “After a while, I realized that I really wanted to build, too.”

Inspired by a desire to create an accurate model with four walls and a roof as opposed to the one-sided, mass-produced Lego Harry Potter sets, Finch put a significant amount of research into her design. She painstakingly compared Hogwarts geography from the book series and the movie series and even took the Harry Potter studio tour in London to get ideas. The finished product reflects this dedication: The model is complete with three-dimensional “moving” portraits hanging on castle walls, hovering Cornish pixies and a lurking Peeves in the stairwell.

When Finch completed the model's first phase, she considered trying to downscale it because just the dining hall took up the playroom's entire Lego table. During the daytime, her two sons helped her with tasks such as constructing walls and posing mini figures. After they went to bed, she often stayed up until 1 a.m. tackling more complicated feats like building in recessed lighting. Her husband contributed to the project by reading books to Finch while she worked.

The masterpiece was publicly unveiled at BrickCon2012, where it won two awards. After the show, Finch had to bring the castle back to her family's living room and orchestrate a professional photo shoot to showcase all the details of the fantastic piece. She says the castle won't be dismantled anytime soon – her sons enjoy playing with it too much. 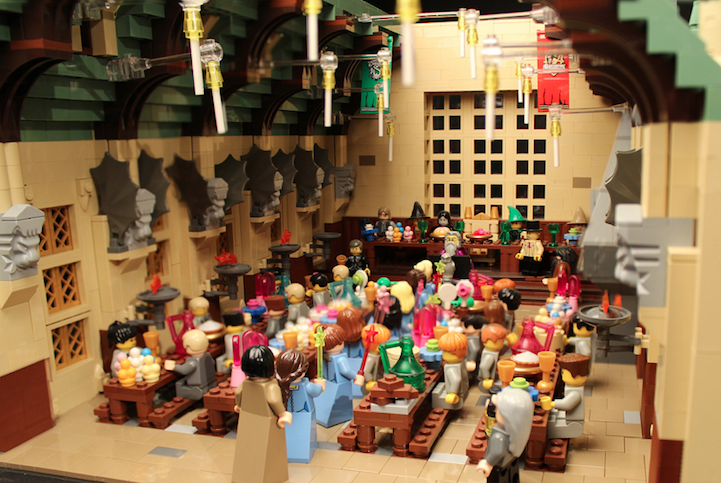 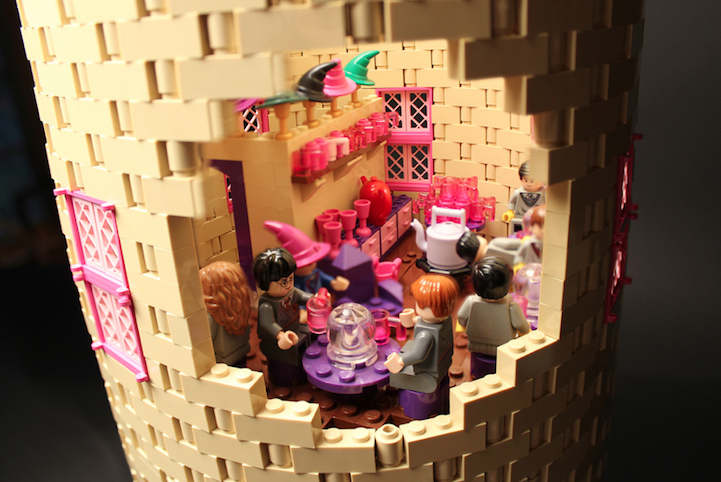 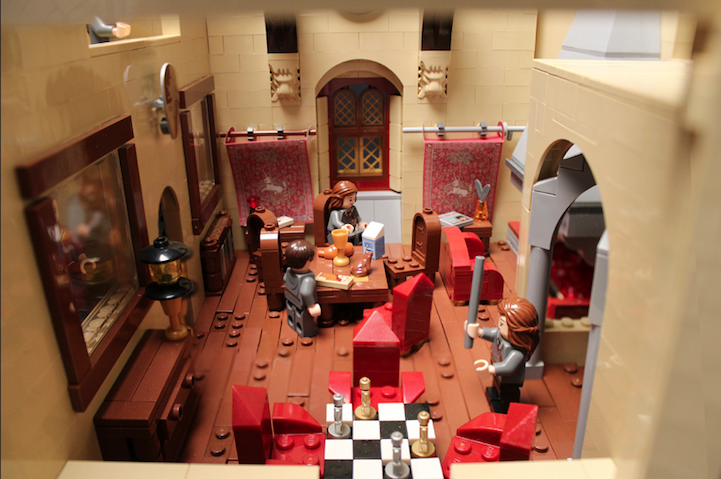 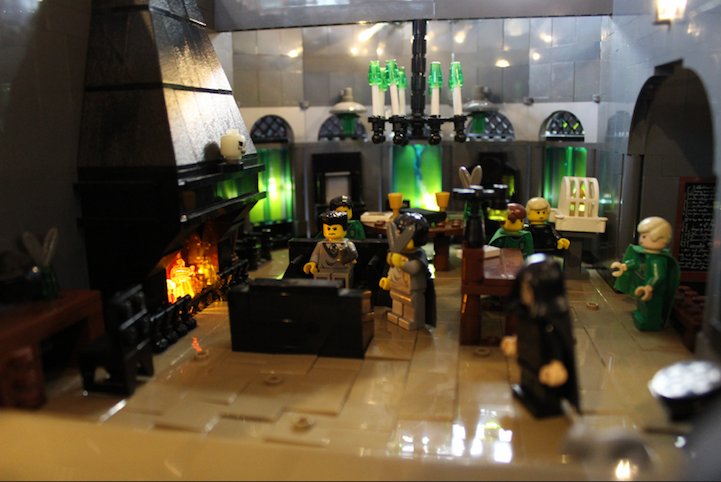 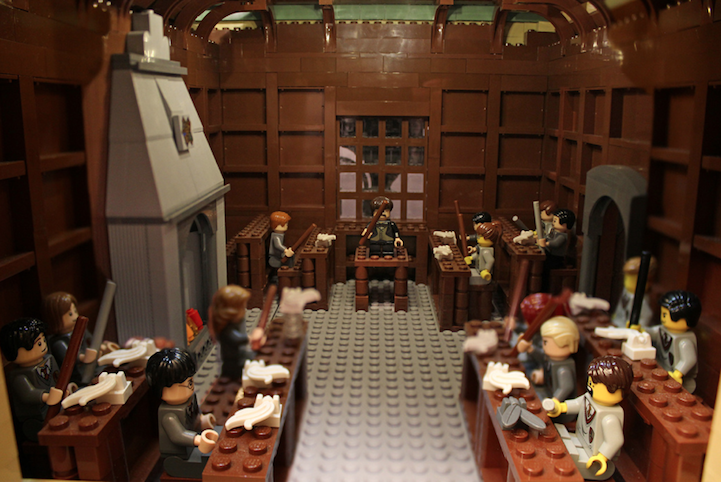 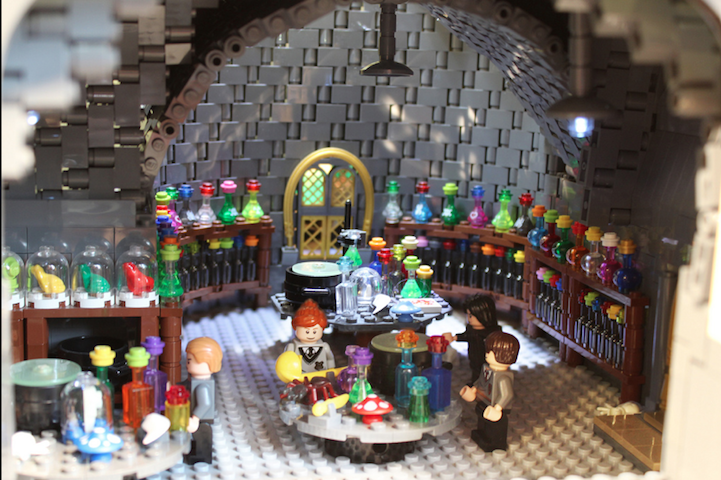 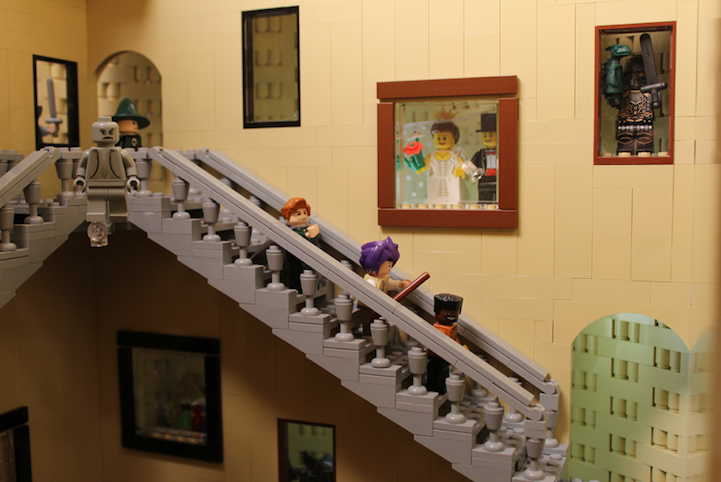 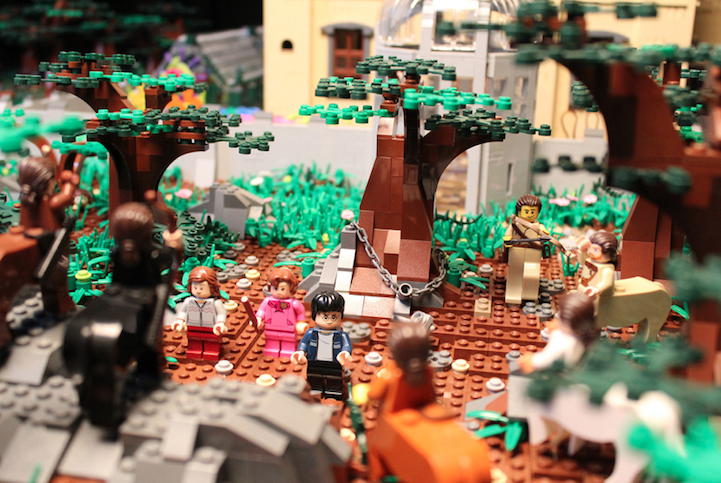 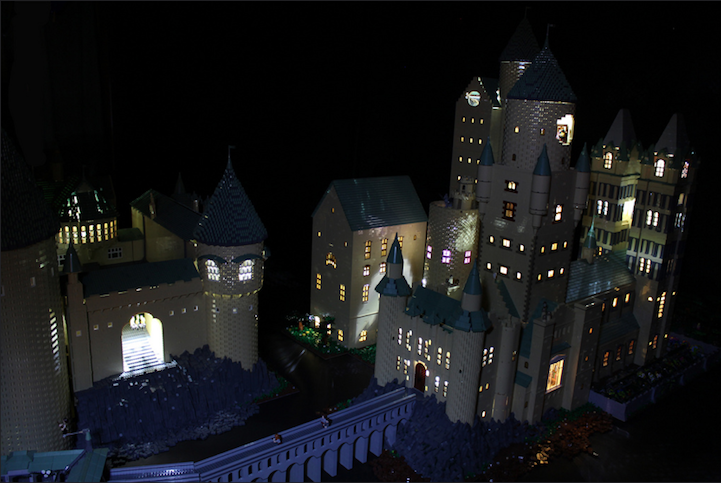