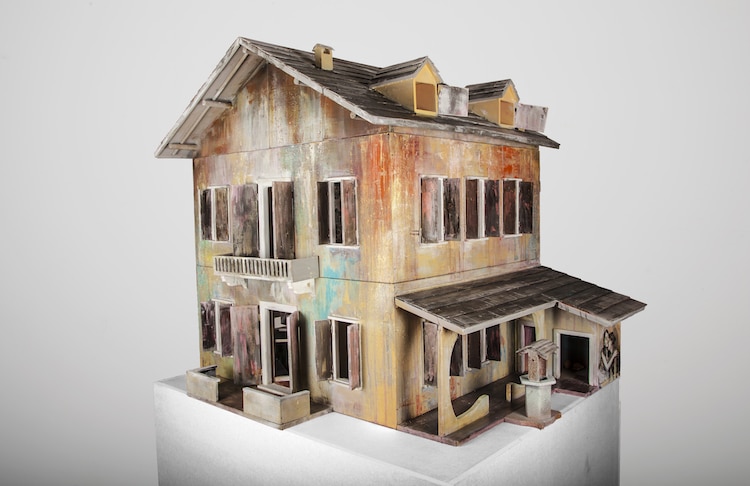 Street artist Alice Pasquini transports us into a transitional world with her new installation The Unchanging World. An almost 4-foot-tall dollhouse is the stage for her work, which has been brought down to a miniature scale in order to visually represent our transition from childhood to adulthood.

At first glance, the 1:10 scale model appears abandoned by time. Yet, a closer look reveals the careful intention with which Pasquini has dressed the dollhouse. Viewers are invited to peer through the broken and cracked windows into the cavernous rooms, seemingly left to decay over time. From the dripping colors of the exterior walls, which also contain miniature murals, to the vintage peeling wallpaper that lines each room, the detailed work makes us ponder just what happened to this surreal space—and who inhabited it.

The dollhouse is the centerpiece of the Italian artist's solo exhibition, also titled The Unchanging World, at Philobiblon Gallery in Rome. According to the gallery, “The work explores the thin line between objective and subjective realities—and the overlap between these dual realities where illusion, creativity, and gameplay meet.” As children, we often play with objects that then get left behind as we move toward adulthood, the fantasy only to remain abandoned in our minds. In the same way, the dollhouse is crystallized in time, cluttered with the memories of what was. 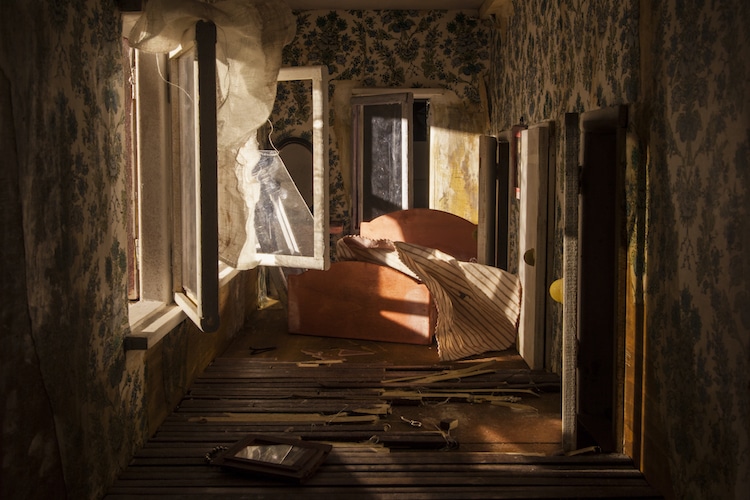 The theme of the installation takes inspiration from the mid-20th century British psychoanalyst Donald Winnicott, whose book Play and Reality, theorizes that play is essential to our well-being as children and adults. He also viewed toys as transitional objects that, for children, are both real and imaginary at the same time.

As an artist, the concept of creativity as adult play was interesting to Pasquini and sparked the idea of creating a miniature world all her own. “Artists create because they need to bring something out from themselves and a dialogue with the world, so they are playing a serious game,” Pasquini shares with My Modern Met. “Kids do the same, moving easily between realities that are real and fantasy. I was interested in that in-between space and its potential—this other dimension that isn't outside of us or inside of us. This is where real creativity lives.”

The Unchanging World opens January 19, 2018 at Philobiblon Gallery in Rome, Italy and runs until February 17, 2018.

As part of her new exhibition, street artist Alice Pasquini has created a 4-foot-tall abandoned dollhouse. 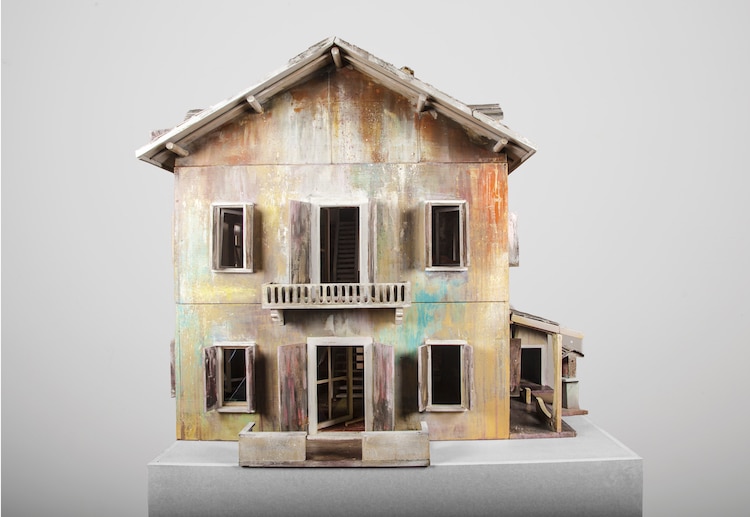 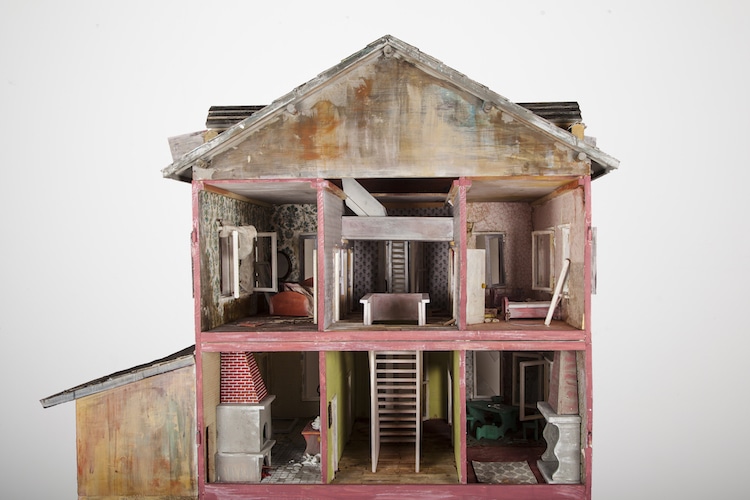 While the exterior shows traces of her signature street art, the interior is filled with the small details of a house once lived in. 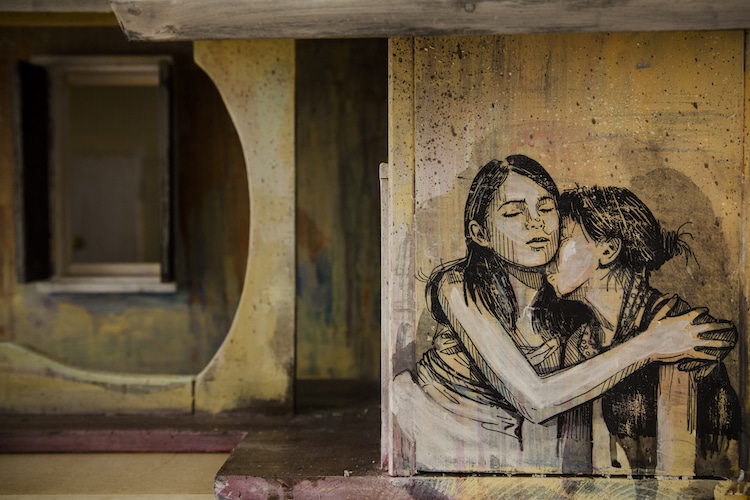 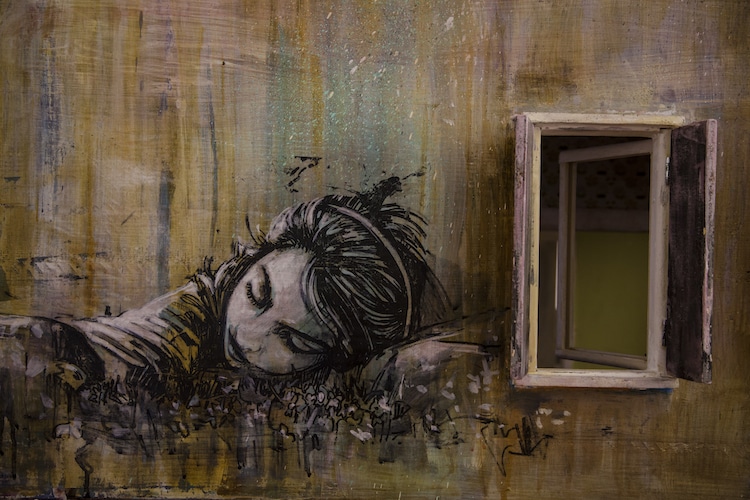 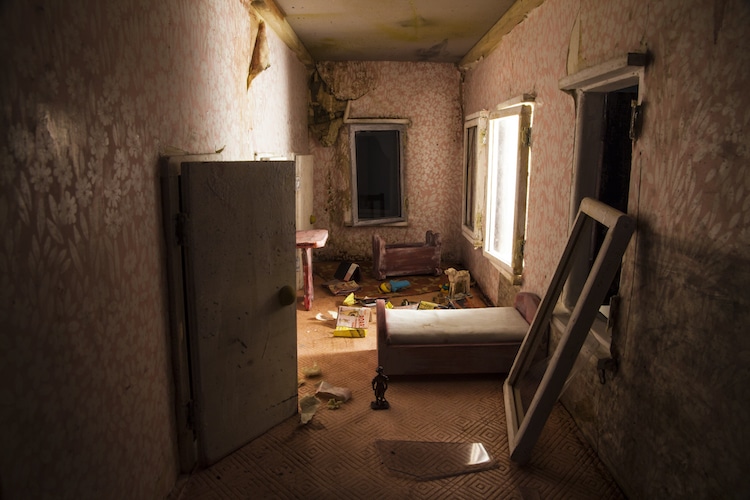 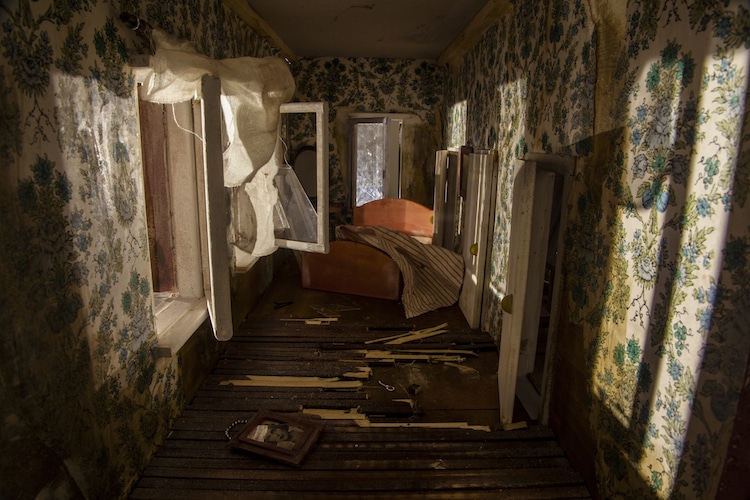 The project was inspired by psychoanalyst Donald Winnicott's theories on play, creativity, and transitional spaces. 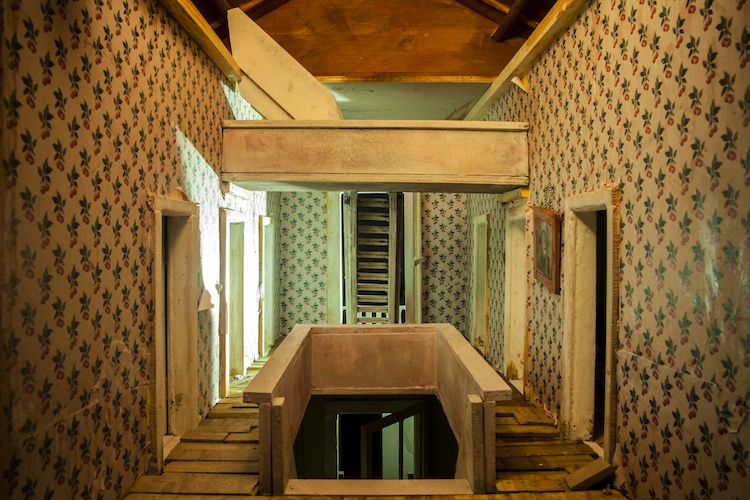 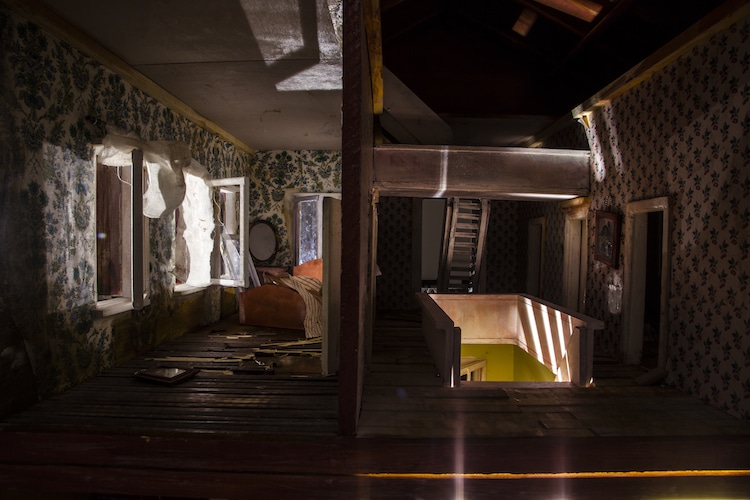 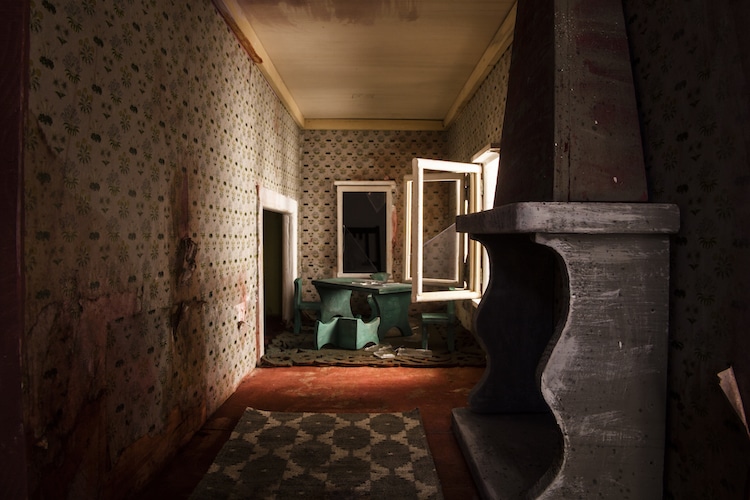 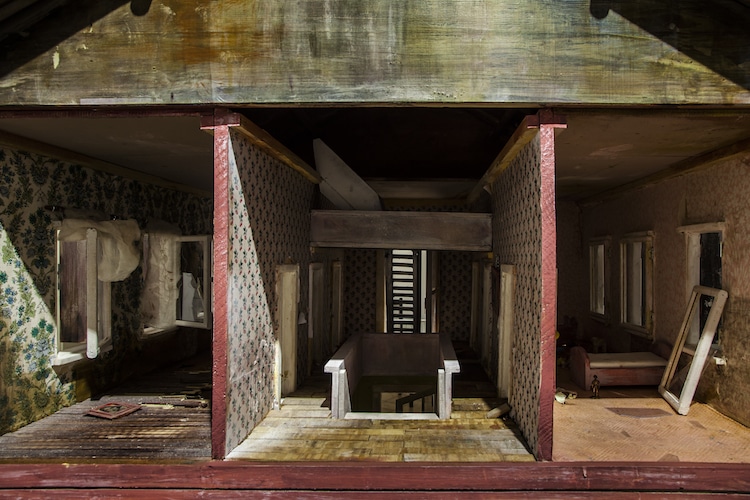 The piece took about 6 months to create, from the initial sketches to the time-consuming work of aging the dollhouse. 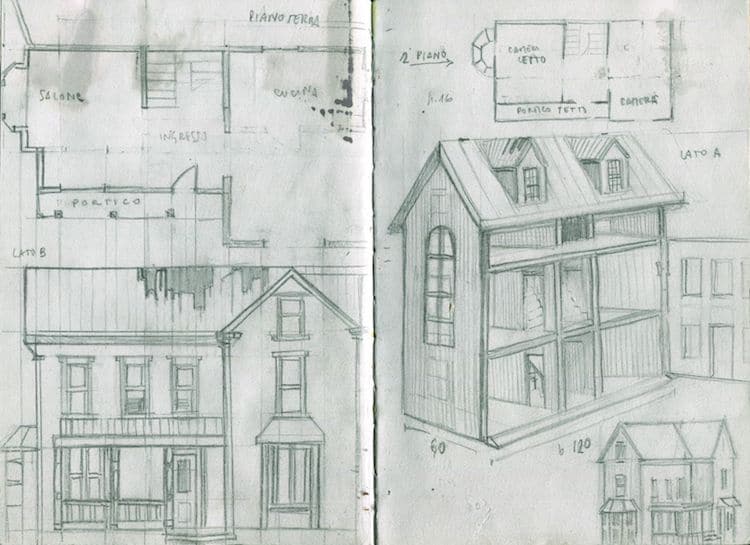 Watch this video to get a full tour of the abandoned dollhouse's interior.

All photos by Alessandro Sgarito. My Modern Met granted permission to use photos by Alice Pasquini.

Did you used to play with dollhouses? Share
Like My Modern Met on Facebook
Get Our Weekly Newsletter
Become a
My Modern Met Member
As a member, you'll join us in our effort to support the arts.
Become a Member
Explore member benefits

Did you used to play with dollhouses? 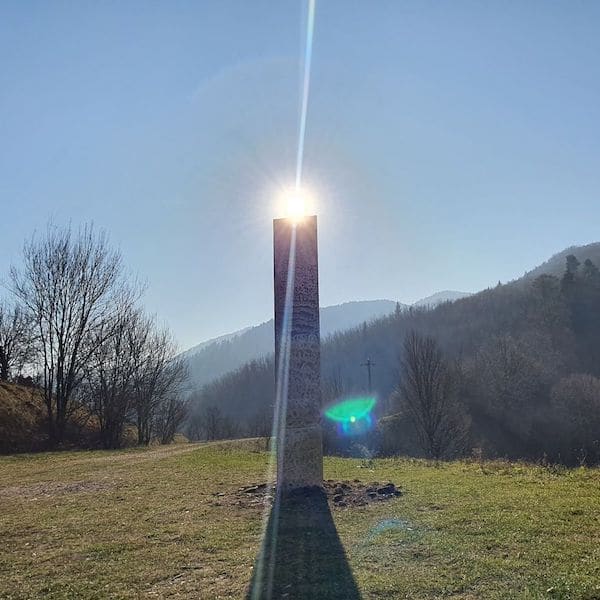