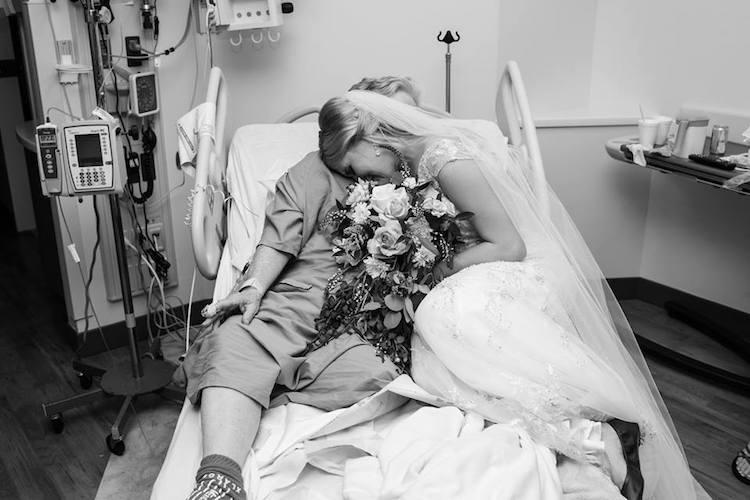 The night before Florida couple Jessica and Tyler Brown tied the knot, the bride-to-be's beloved grandmother, Margaret Harris, suffered a heart attack. Devastated that her grandma would have to remain in the hospital and miss her wedding, Brown endearingly decided to bring the party to her.

When 70-year-old Harris was admitted to the hospital, her heartbroken granddaughter tried to think of ways to still include her in the ceremony. To Brown, simply not seeing Harris was not an option. “It was the equivalent of not having a parent there,” Brown told ABC News. “This woman helped raise me and become who I am. She's been there for everything.” While ideas like Facetime and phone calls were considered, Brown's sister came up with the winning plan: a late-night visit to the hospital. “My sister said that if I went up there in my dress, it would make us both feel better and make her night,” Brown said. “I needed no convincing.”

At 10:30 pm, the newlyweds said goodbye to their guests and headed for the hospital. Still clad in their wedding attire and with flowers in hand, they surprised Harris in her room, where she was greeted by Brown with a warm embrace. “My granny is the sweetest woman and has a hug so full of love that it makes the whole world feel OK,” Brown said. “To finally hug her lifted my heavy heart.” Fortunately, Amanda Brown, the wedding photographer and the groom's sister-in-law, was there to document the heartwarming visit—tears and all. “I think everybody was crying,” recalls Brown. “It was a total surprise.”

See the touching photos of the late-night hospital wedding party below. 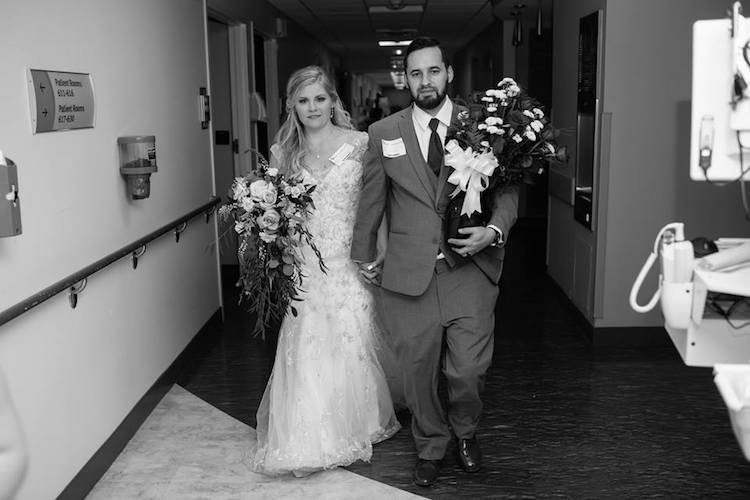 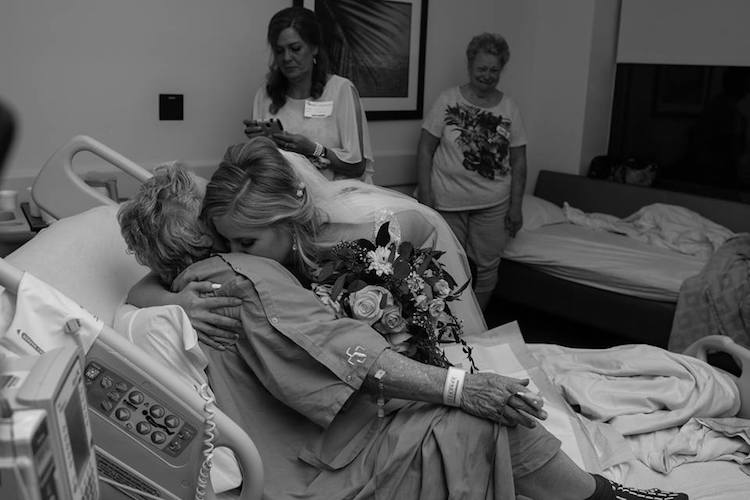 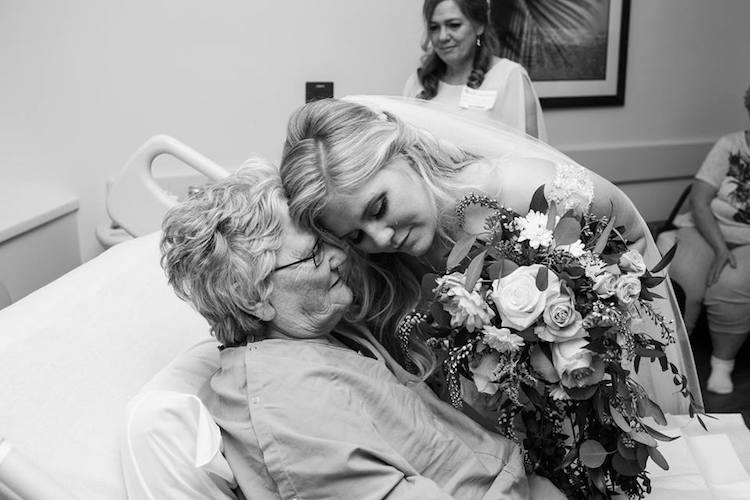 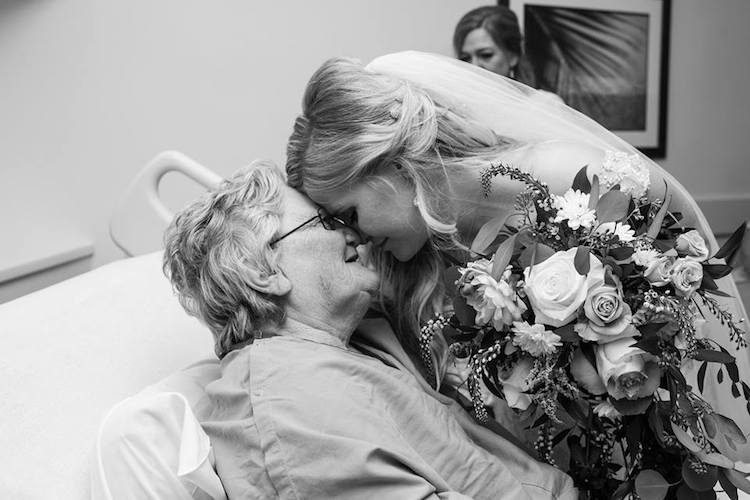 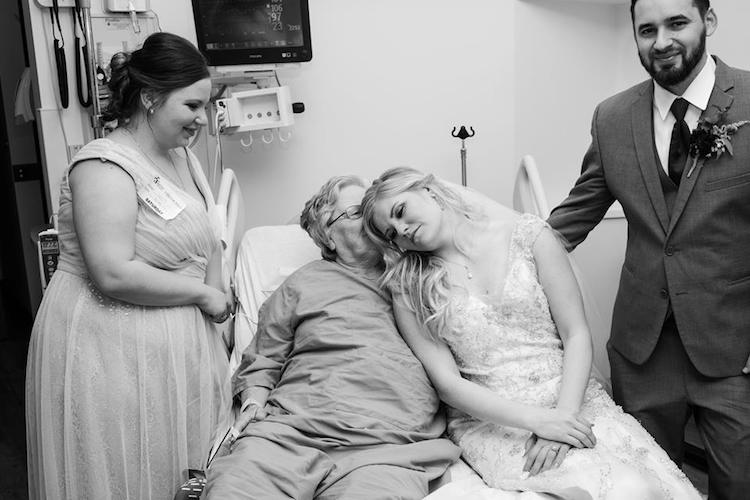 All images via Amanda Brown.

Moved by this heartwarming visit? Share
Like My Modern Met on Facebook
Get Our Weekly Newsletter
Become a
My Modern Met Member
As a member, you'll join us in our effort to support the arts.
Become a Member
Explore member benefits

Moved by this heartwarming visit?